The Bitcoin price appears very close to reaching a bottom. A confluence of support areas suggests that the bottom will occur near $6000.

Even though yesterday the market experienced a rapid decrease, the current trading pattern and long-term support lines indicate that Bitcoin should be close to reaching a bottom.

Additionally, yesterday’s decrease has not dissuaded investors to enter the market. On November 22, Bakkt reached a new all-time high at a volume of $13.4 million. This happened through the handling of 1863 Bitcoin contracts.

Therefore, if Bakkt is reaching such levels in a bearish market, the next bull run could bring extraordinary numbers.

As for when the bull market might begin, crypto trader and analyst @filbfilb tweeted the sole chart which he believes is the best one to predict the current market movement.

The one chart that rules them all for me at the moment. pic.twitter.com/7TiceEuXH9

He is using a descending channel that shows the price bouncing on the support line.

Let’s take a closer look at this channel and see where a reversal might occur.

Looking at the Bitcoin price movement, we can indeed see a descending channel in place since the June 24 high. Due to the presence of several wicks, the support and resistance lines could follow slightly different slopes.

Additionally, outlining a wave count we can see that the price is likely in the fifth and final wave of a 3-3-5 correction.

It is possible that the correction end near $6000, at the support line of this channel and previous support area. 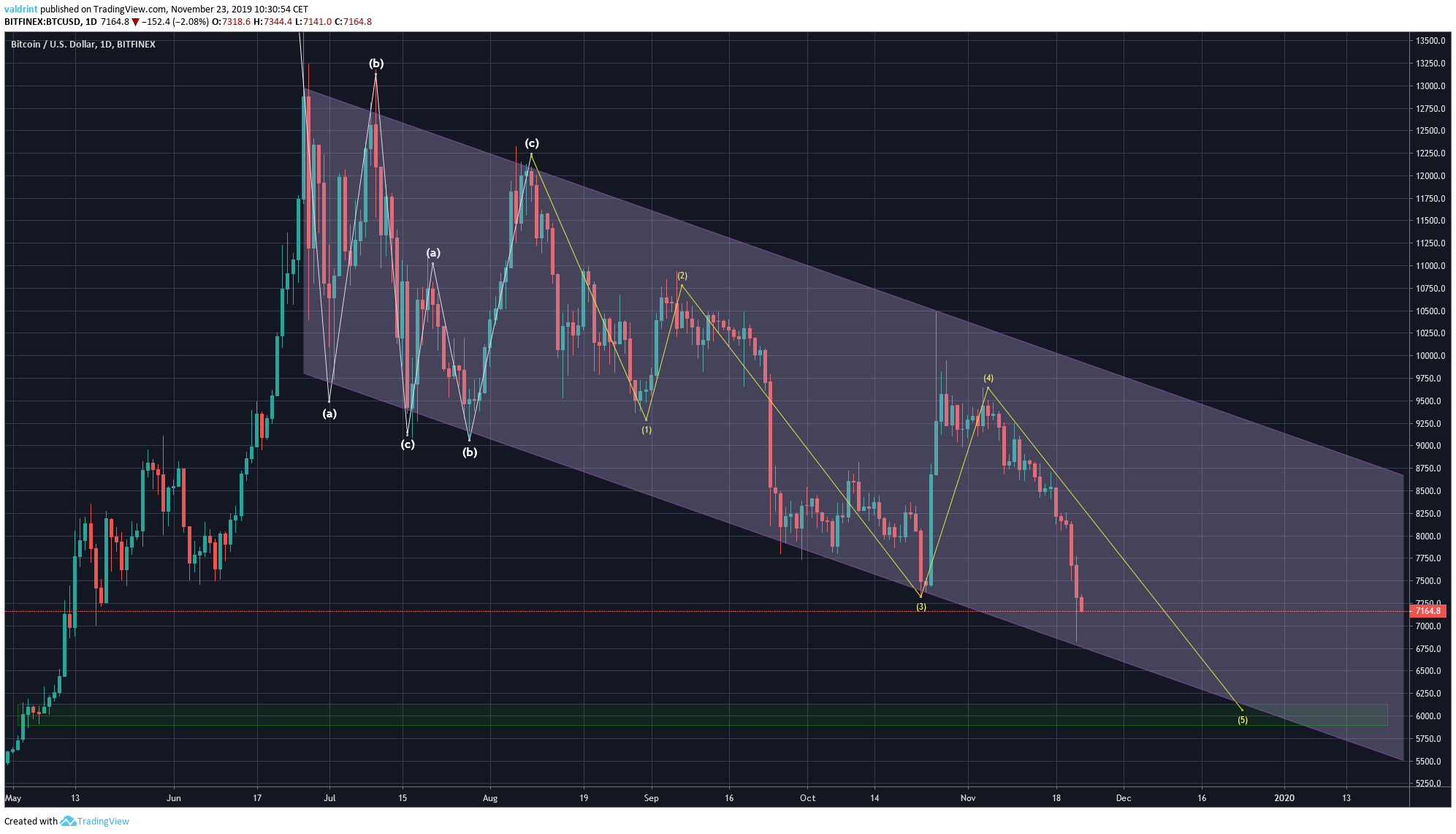 The $6000 target also coincides with the long-term logarithmic support line in place since 2011.

There is a confluence of support from both the line and the channel right at $6000. 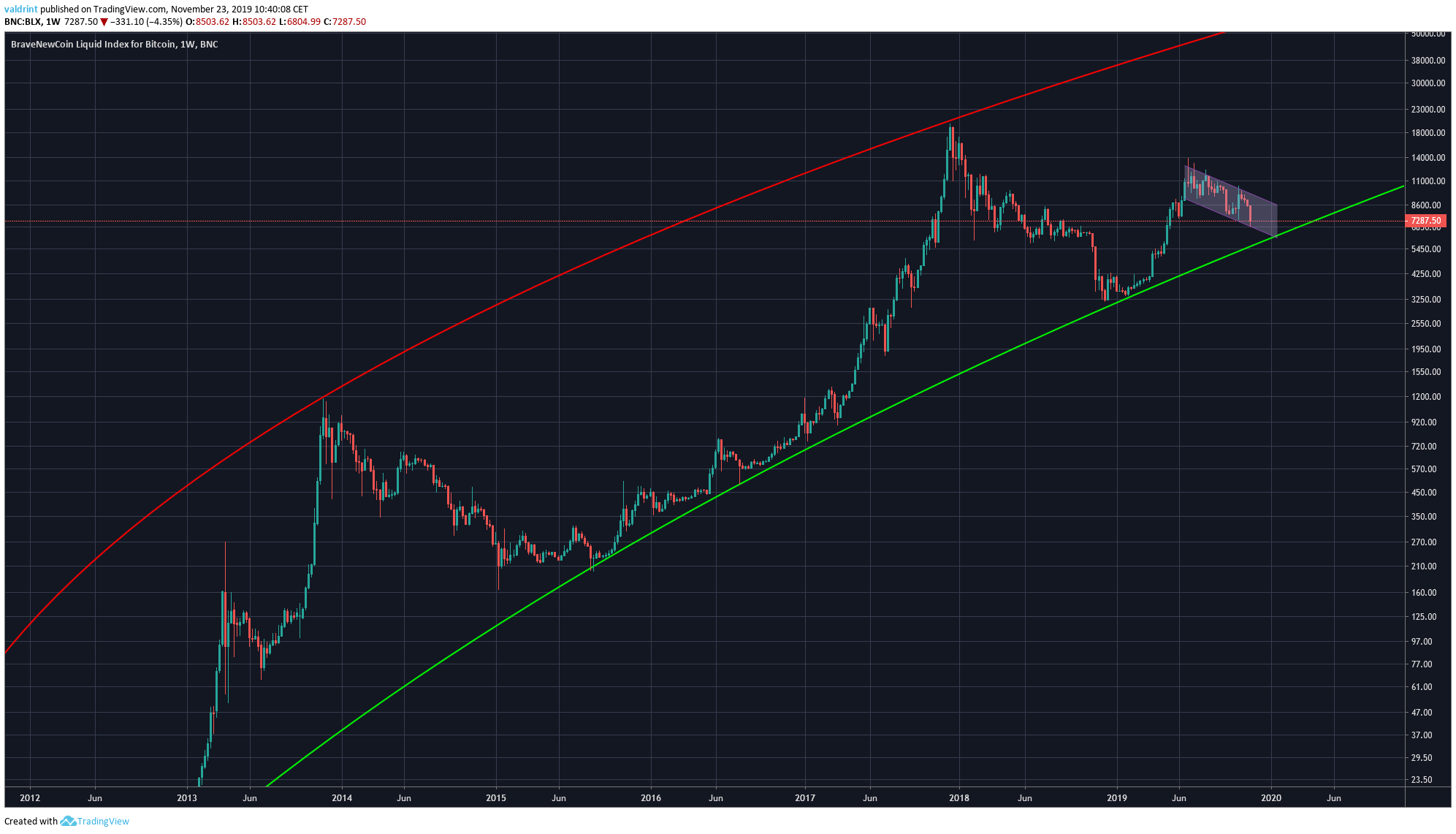 Looking closer at the movement, we can see that the price has found support above the 50-week moving average (MA).

While a decrease to $6000 would take the price below this MA, it would be right above the 200-week MA. We could see a scenario similar to that in January 2019 when the price bounced at the support line and the 200-week MA, which were at the exact same level. 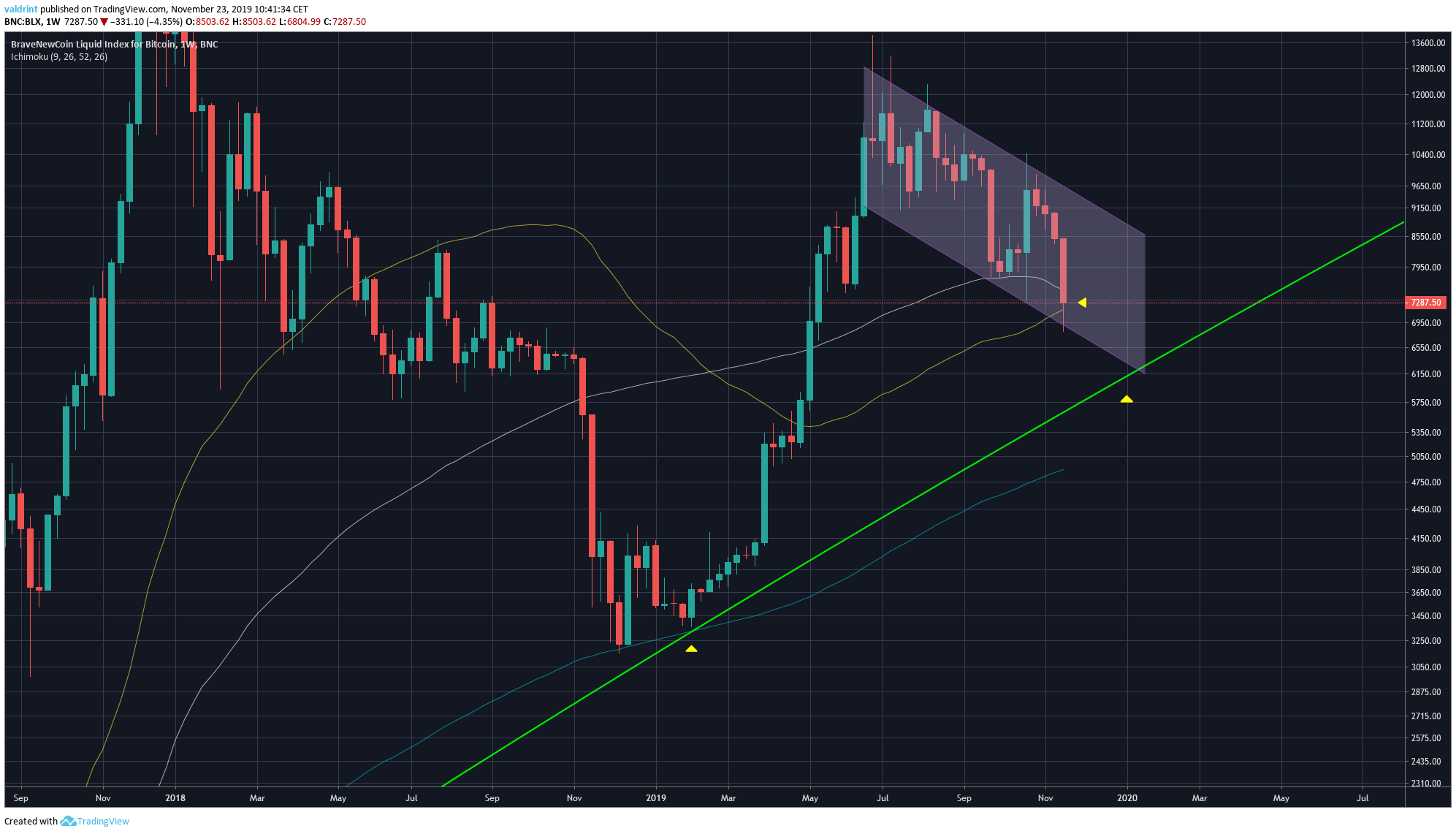 Finally, the daily RSI gives us an interesting development.

First, it has reached oversold values. Every time it has done so previously, an upward move ensued.

Additionally, there is bullish divergence inside the oversold levels. The only time this happened was during the December 2018 low. 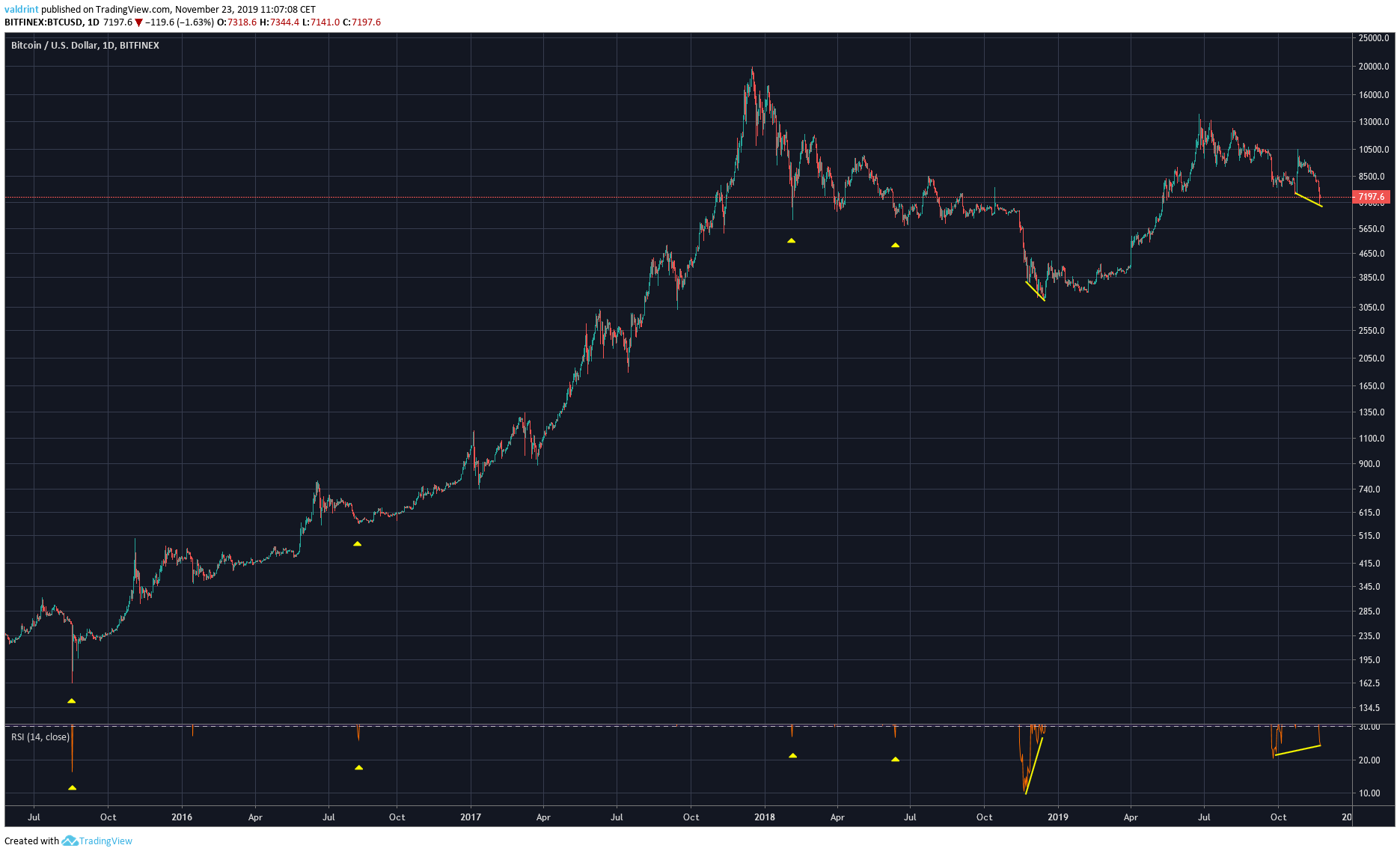 To conclude, the Bitcoin price is trading inside a descending channel. There are several strong support areas at $6000, making it a very likely place to initiate a reversal. This view is supported by the readings from the RSI and previous price history.