Since reaching a high of $8,442 on Jan 8, the BTC price had been decreasing, following a descending resistance line. Last night, the price broke out above this resistance line. The breakout transpired with significant volume, which was still lower than that during the preceding upward move.

The price reached a high of $8,605 before retracing slightly. 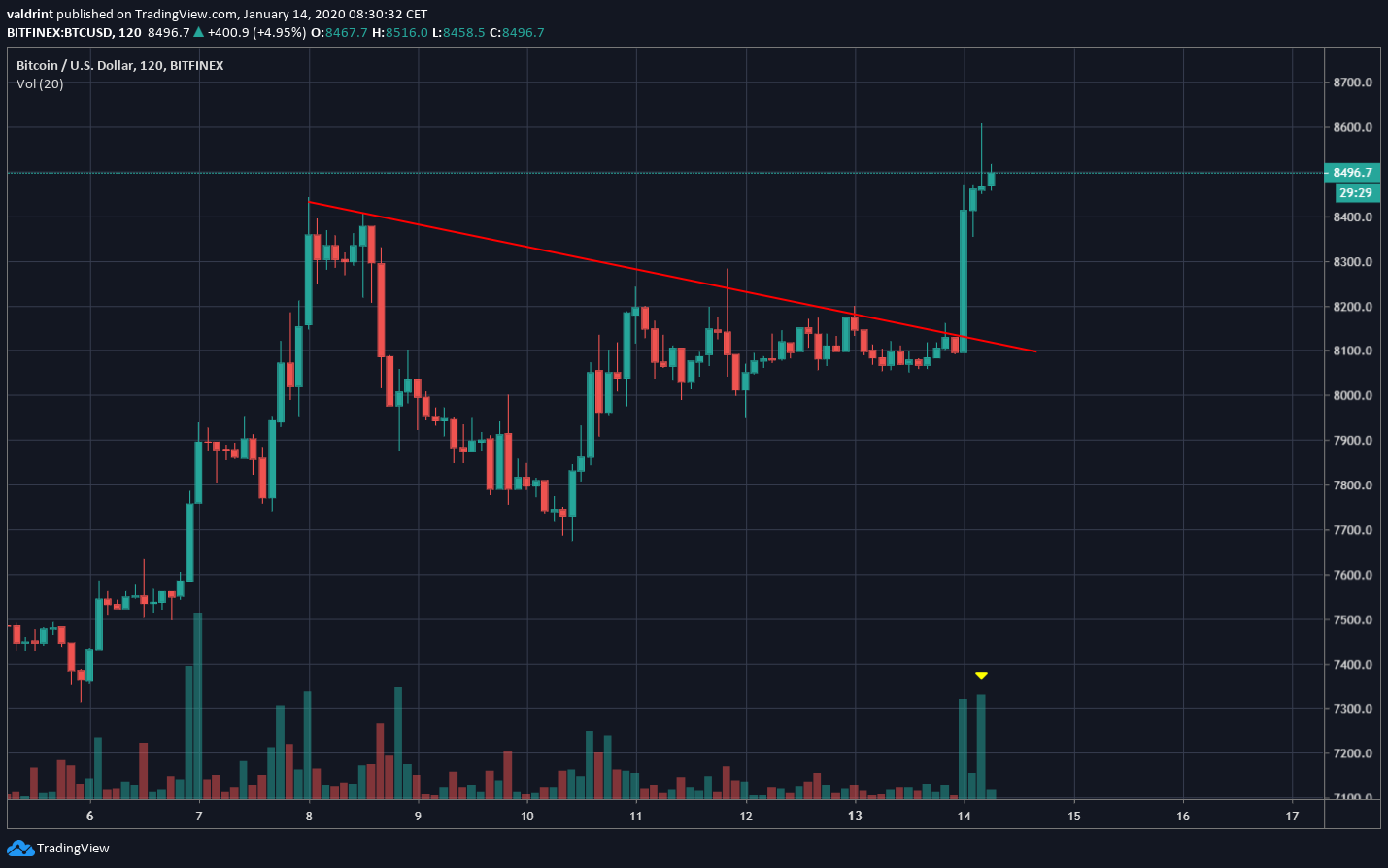 The Bitcoin price has been trading inside a descending channel since June 24. It is nearing the resistance line of this channel, which coincides with the 200-day MA and the 0.382 fib level of the entire decrease. This solidifies the strong resistance near $8,900.

On the other hand, the price has crossed above the 100-day MA and has validated it as support. 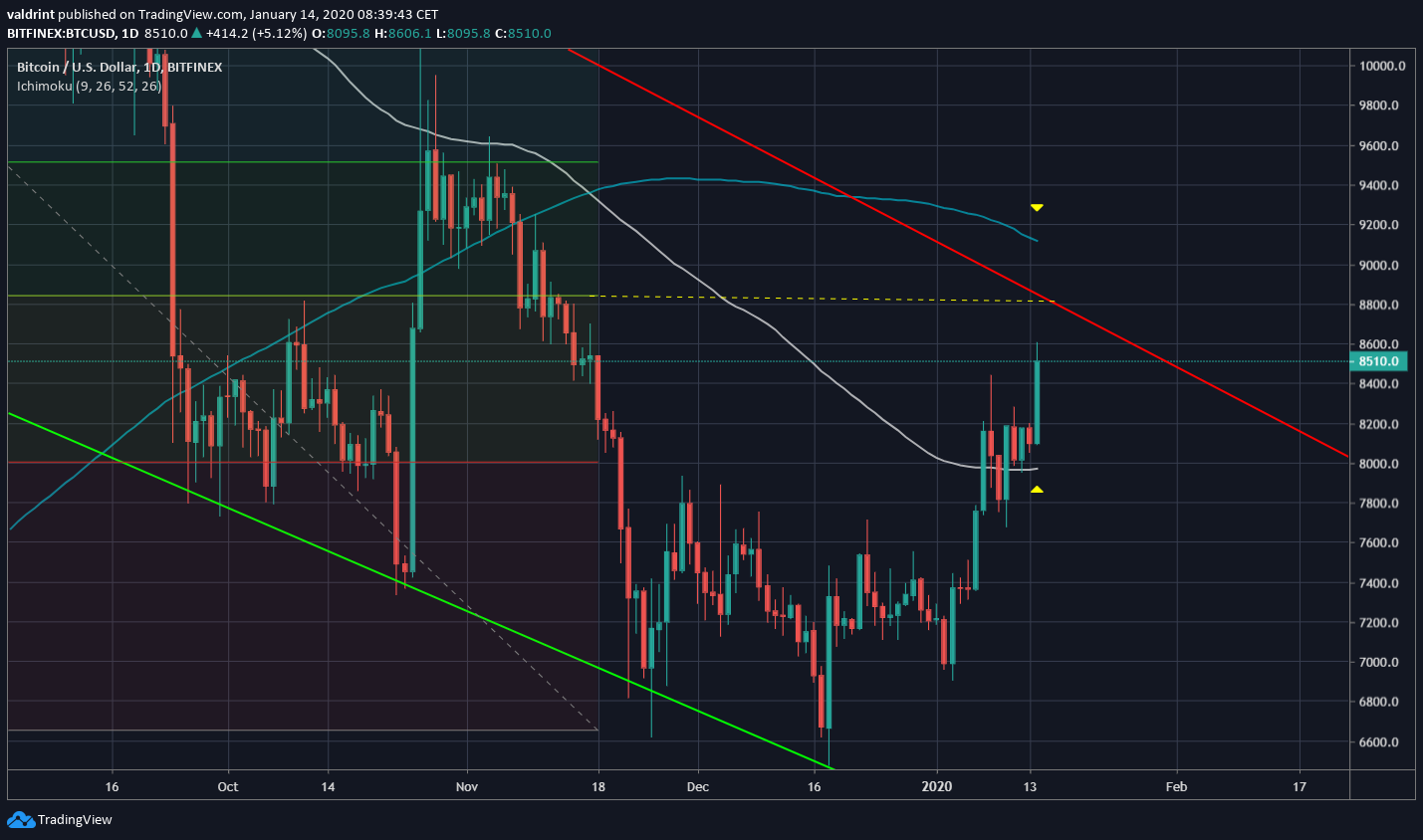 Looking closer at the movement, we can see a very steep ascending support line, which creates a symmetrical triangle when combined with the long-term descending resistance line.

Due to the significant resistance, the most common price movement here would be a retest of the descending resistance line followed by a return to the ascending support line, a movement repeated until a decisive move in one direction occurs. 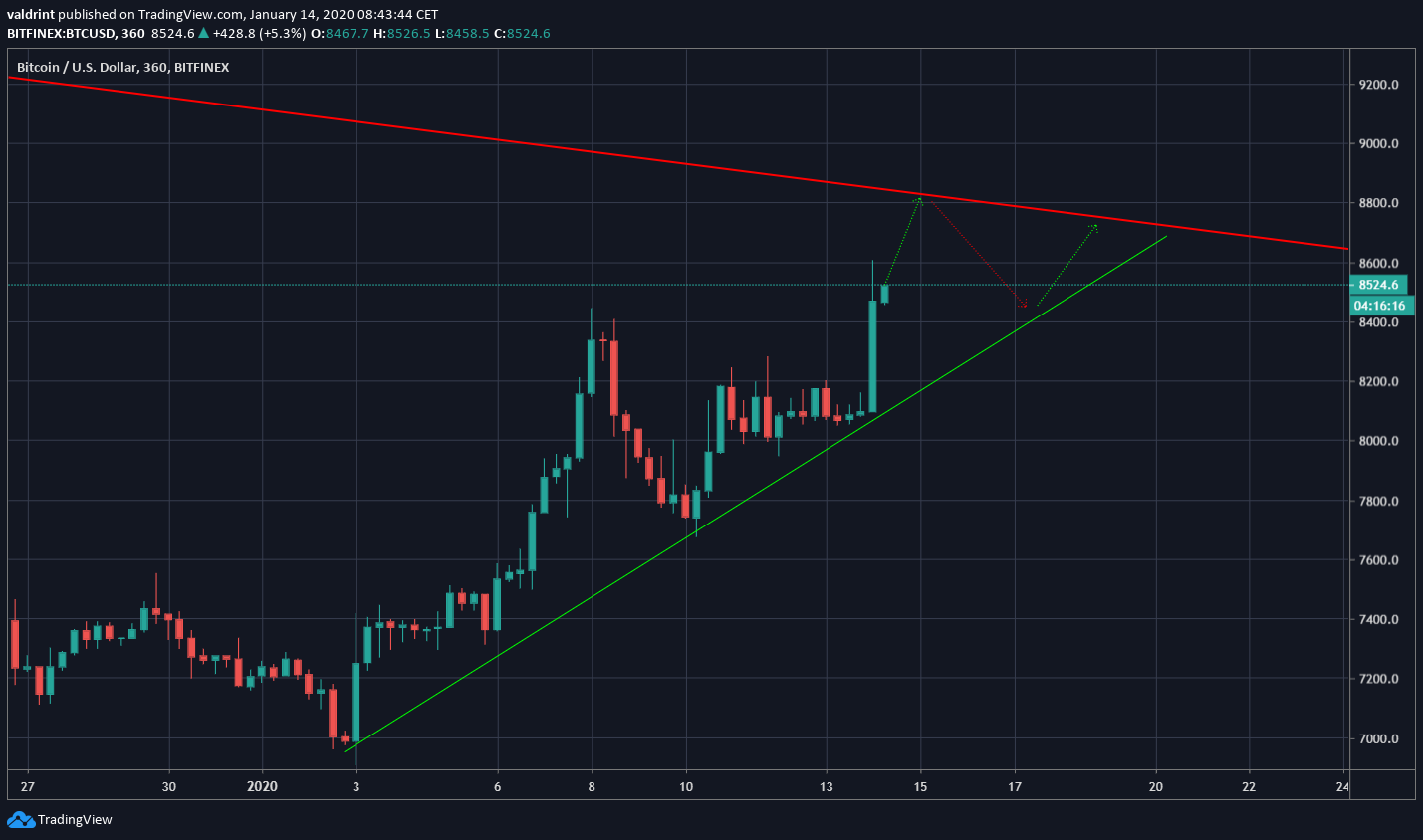 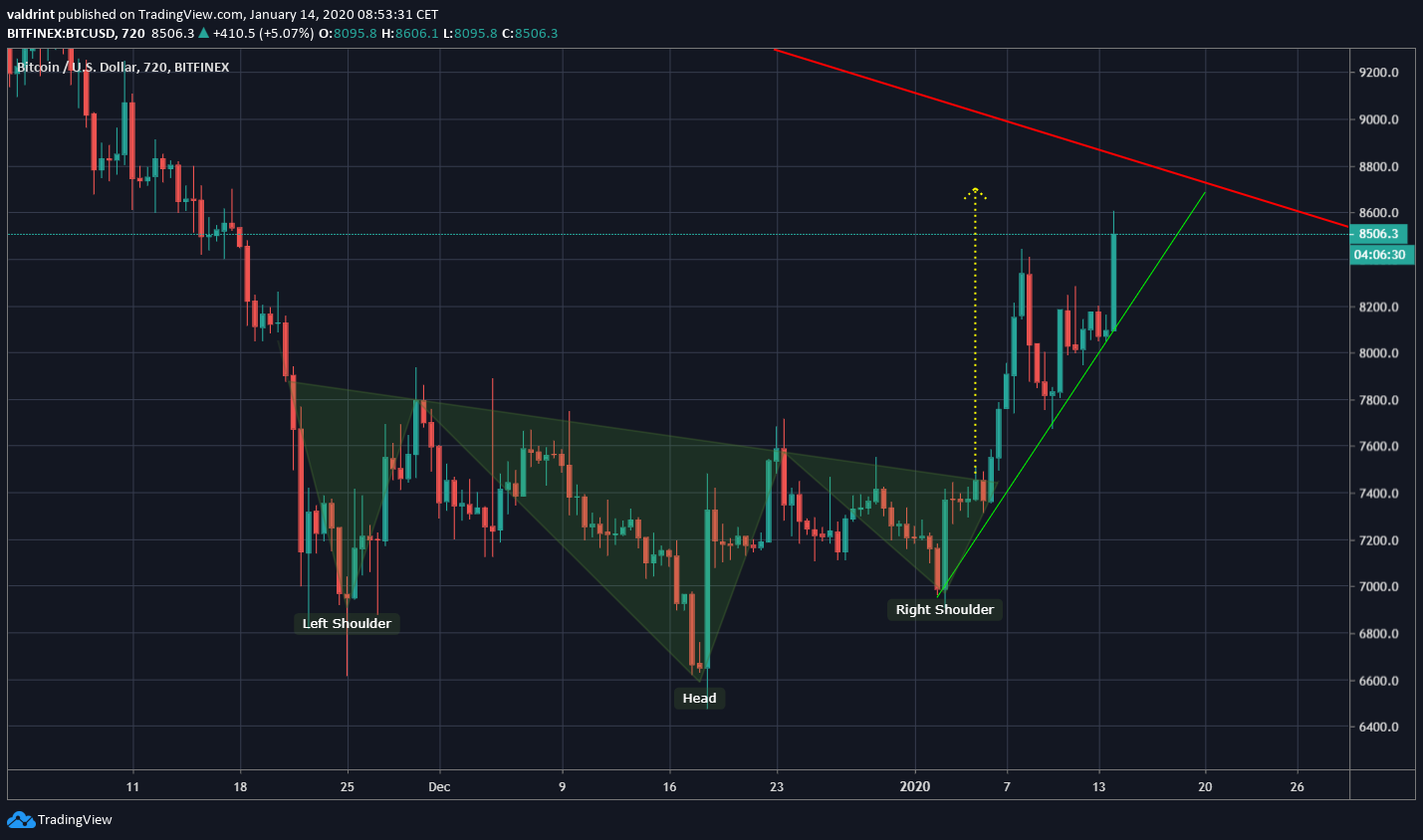 In addition, the price formation resembles a five-wave Elliot formation. Volume has been decreasing in the fifth wave and there is a slight bearish divergence in the RSI. Finally, the 12-hour RSI has not been this oversold since the June 24, 2019 high.

Therefore, it is likely that the price will not break out from the long-term channel on this try, rather it will retrace slightly and possibly break down from the ascending support line. 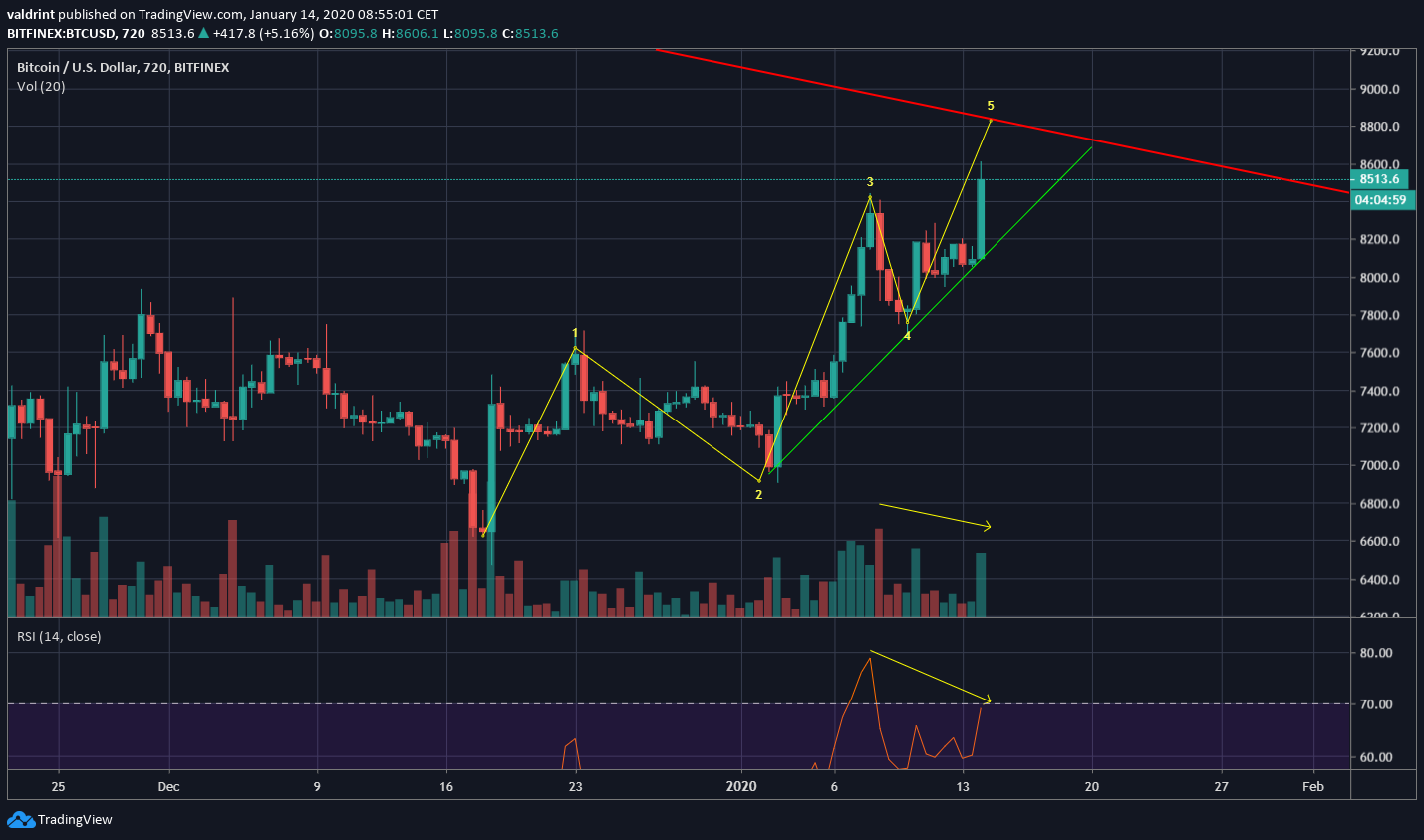 To conclude, the Bitcoin price broke out above a short-term descending resistance line and is approaching the resistance of the long-term channel. While the price looks like it will reach resistance, a break out on the first try is unlikely.