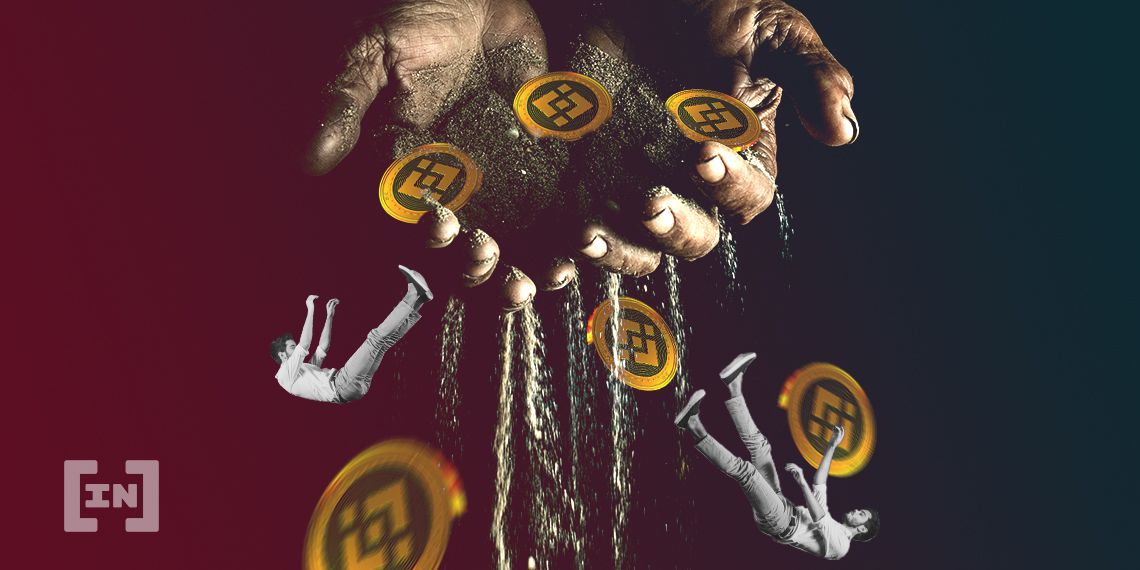 Binance Coin (BNB) has had a wild start to the week. After pumping nearly 23% on the day, a swift crash liquidated over $120 million in long positions.

However, it appears that BNB has reached a significant resistance level. In less than one hour after hitting its new high, BNB fell back to $530. This caused more than $120 million in liquidations according to data from Bybt.

At the time of press, BNB managed to recover slightly and is currently trading for $555.

The success of Binance Coin directly coincides with the increased adoption of the Binance Smart Chain (BSC).

According to the Bscan block explorer, the number of daily transactions has surged over 1,300% since the beginning of the year to hit a peak of almost five million on April 8.

Binance Smart Chain is used by many decentralized finance (DeFi) platforms and has smart contract capabilities.

Since launching in September 2020, BSC has helped Binance eat up a good deal of Ethereum’s market share. Alongside BSC, Binance’s decentralized exchange (DEX), PancakeSwap, has helped to further the ecosystem’s value

These new features and developments have contributed significantly to the soaring price of BNB. At the same time last year, BNB was trading hands for just over $14. Its total market cap has grown to over $90 billion, making it the third-highest behind Ethereum.

When considering that Ethereum has a market cap of just under $250 billion, BNB is 36% of the way in overtaking the #2 spot. If this were to occur, it would be the first change to the second rank since Ripple (XRP) briefly pushed out Ethereum back in 2017.