On August 9, 2019, the BAT price made a low of 1650 satoshis. It reached a similar low again on August 15 and 21. An upward move was followed by a rapid decrease. BAT then made a lower low of 1572 satoshis on September 6. It has been increasing since. 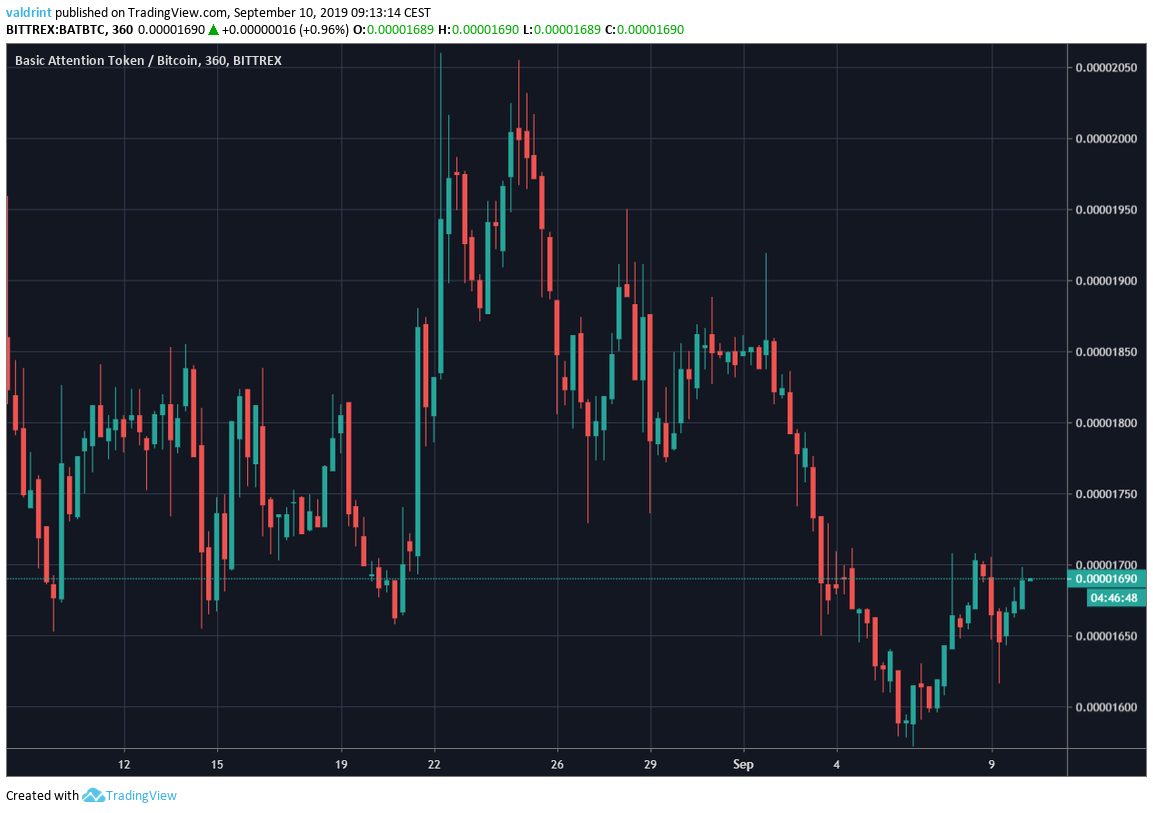 Where is BAT going to go next? Continue reading below if you are interested in finding out.

A look at the weekly time-frame shows that BAT is trading at its lowest levels since December 2017. 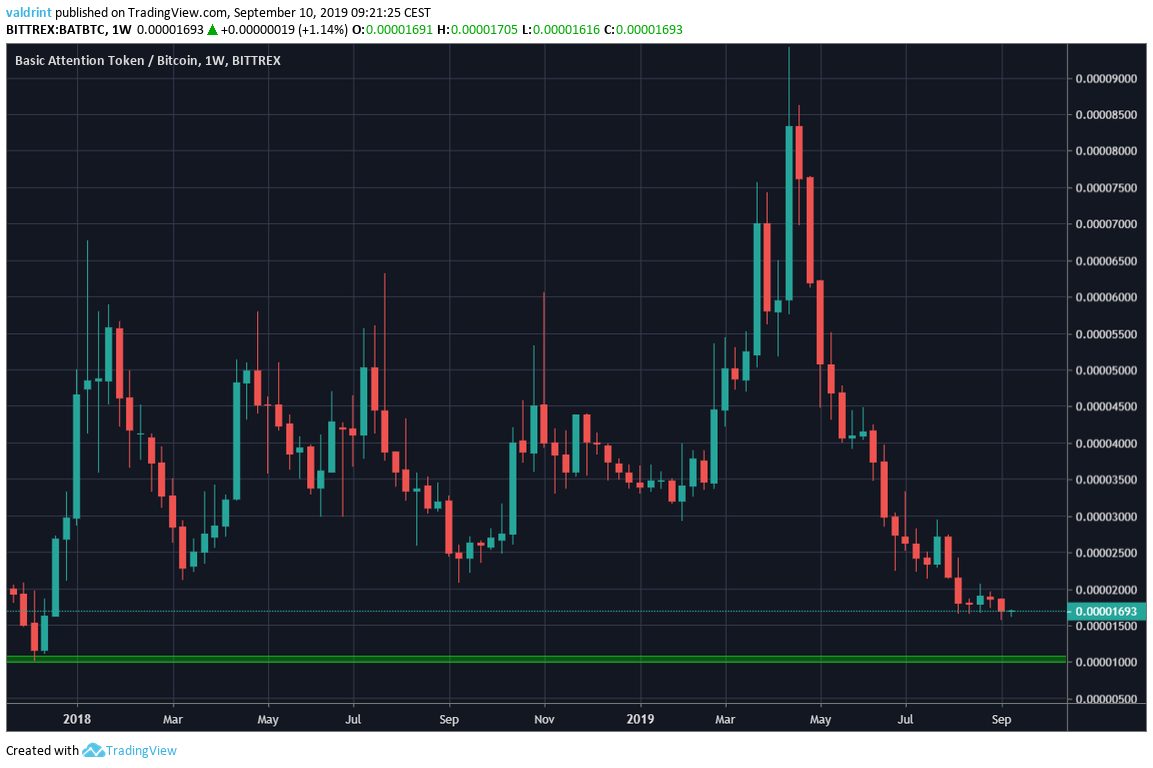 While BAT is not currently inside a support area, the closest one can be found at 1000 satoshis.

This level marked the beginning of the upward move in December 2017.

When looking at a shorter-term time-frame such as the 3-day, we cannot identify a trading structure. 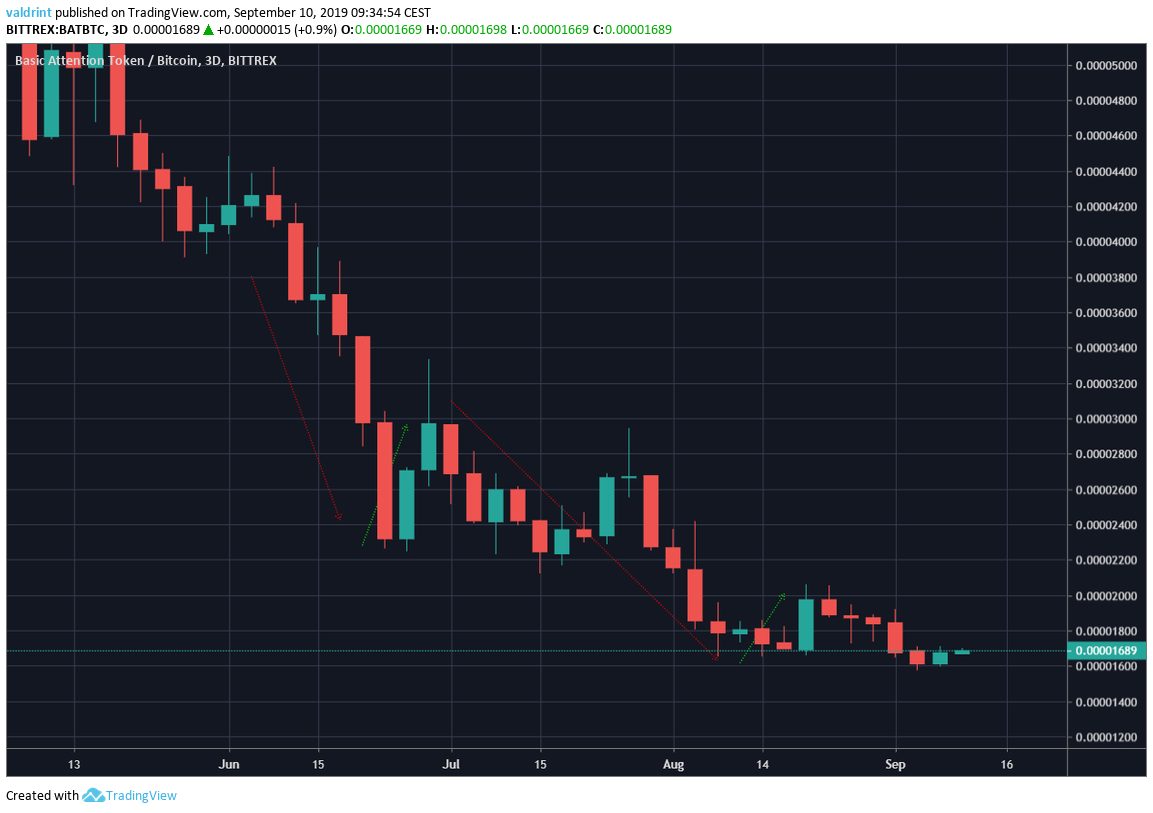 However, we can see that the price movement has been characterized by rapid decreases and slight upward increases.

This indicates that the underlying trend is downward, and the upward moves are only retracements in response to prior decreases.

A look at the RSI & MACD suggests that a reversal might soon begin for BAT. 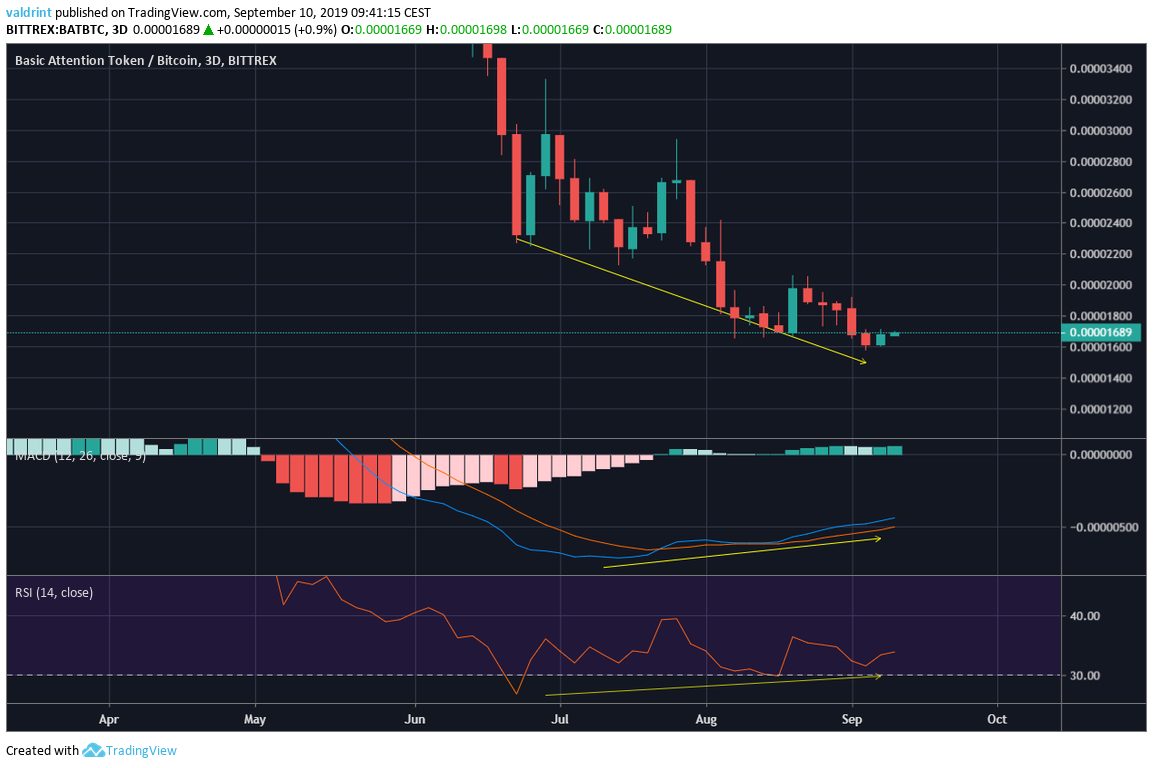 Both of them have been generating bullish divergence since the middle of June.

The divergence is very significant and present in both indicators.

Finally, it is worth noting that bullish divergence of this magnitude in the 3-day time-frame is not very common. 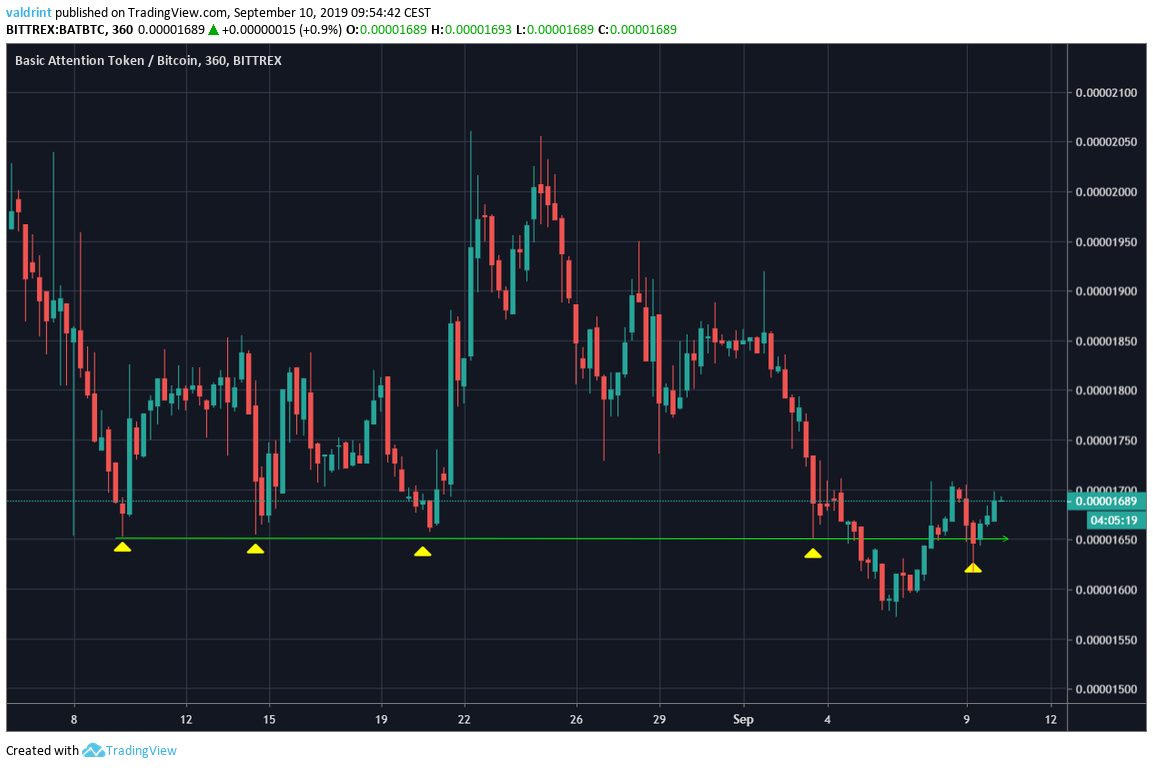 Afterward, the price broke down below the support line on September 3.

However, the breakdown did not last, as the price immediately moved above this support line and validated it again on September 9.

When a critical support level is broken and does not hold, it is often a sign that the breakdown does not have strength, and further increases are in store.

If the price begins an upward move, two resistance areas are outlined below: 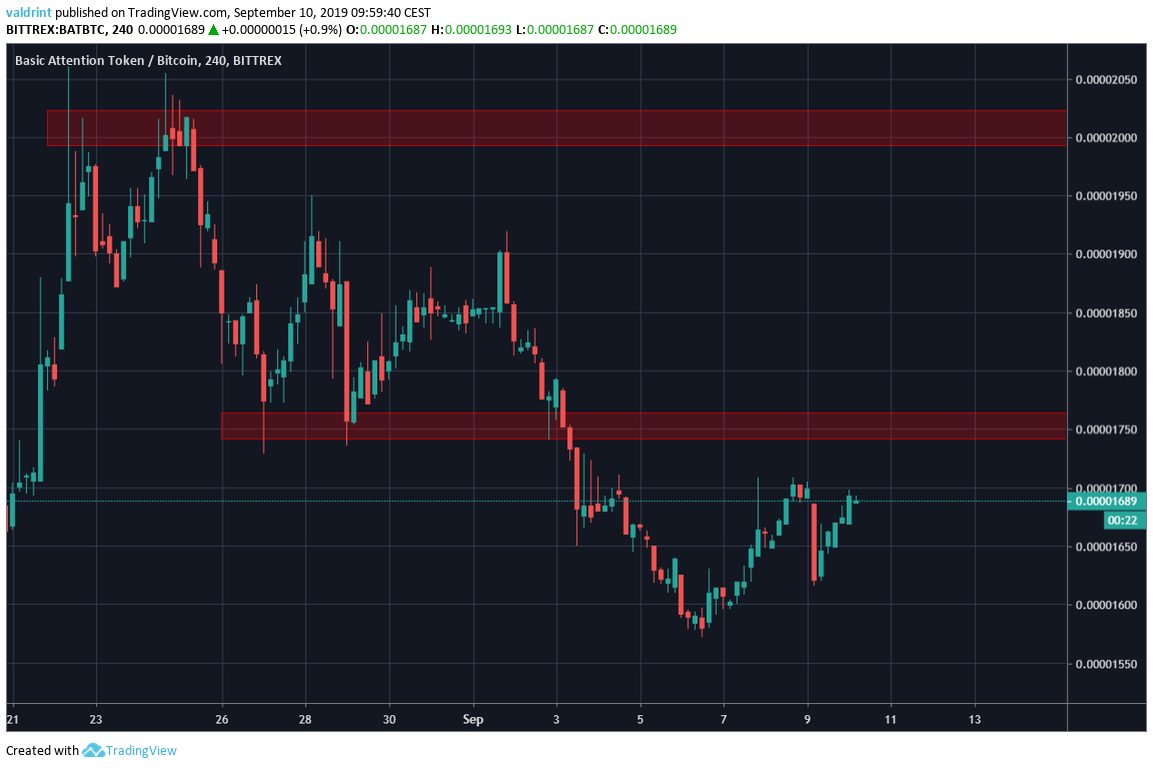 According to our analysis, it is likely that the price will reach at least one of them.

The BAT price is not following a clear trading structure.

However, the recent breakdown that did could not be maintained and the developing bullish divergence makes us believe that BAT will soon initiate an upward move.

For trading purposes, BAT can be considered a buy-in short and medium-term time-frames.

Do you think BAT will reach the resistance area? Let us know in the comments below.