Basic Attention Token Aiming for a Breakout. Will Dogecoin Trail Behind? (BAT, DOGE Price Analysis: May 22)

Dogecoin (DOGE) and Basic Attention Token (BAT) recently broke out from their respective patterns. However, they have yet to begin their upward moves.

Will they be able to increase? If so, which one will go first?

In order to answer these questions, we analyze the current short and medium-term movements of DOGE/BTC and BAT/BTC alongside an assessment of their technical indicators. In conclusion, we summarize our findings and compare both cryptocurrencies to see which has more potential for higher prices in the future.

A Breakout for Dogecoin (DOGE)

On Apr 9, the price of DOGE made a low of 52 satoshis. Over the next few days, the price gradually rose. A high of 58 satoshis was reached on Apr 18. 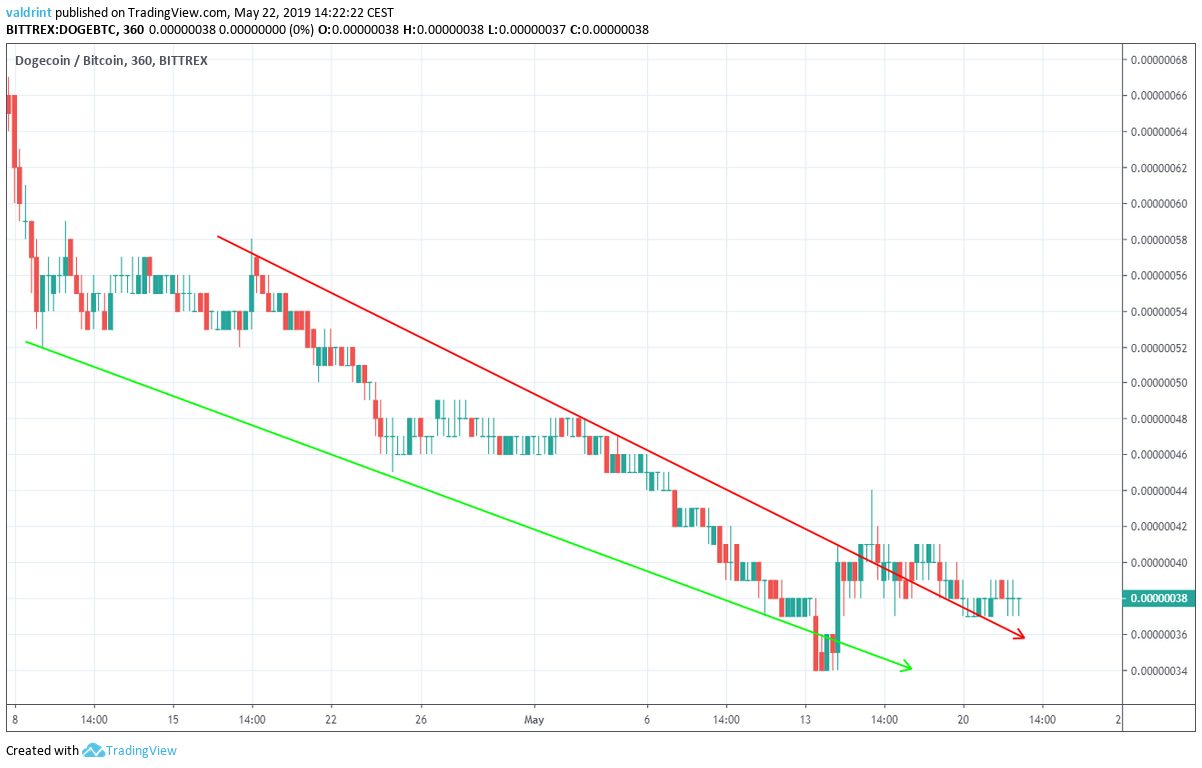 The price broke out from this wedge on May 16. It reached a high of 44 satoshis, before decreasing. At the time of writing, it was trading at 38 satoshis.

Will the price begin an upward move or will it continue to decrease?

To determine which is more likely, the price of DOGE is analyzed at two-hour intervals alongside the RSI and the 100- and 200-period moving averages below: 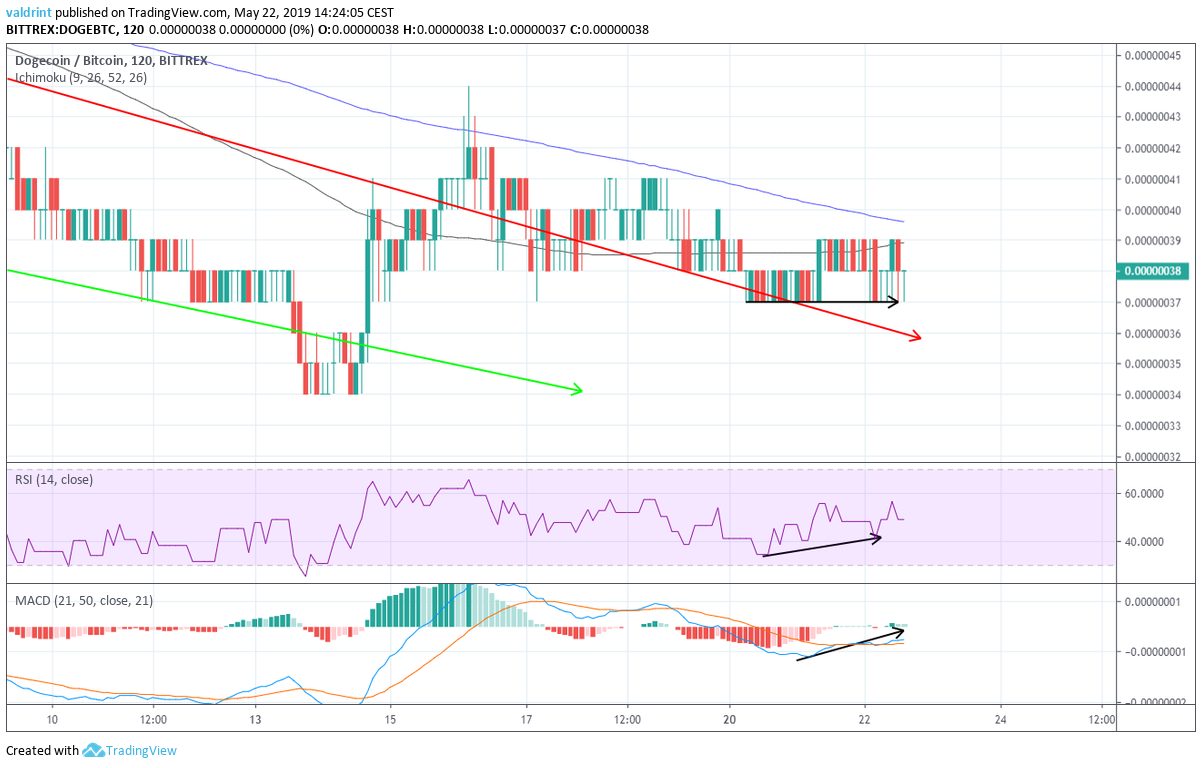 The price of DOGE has been developing a slight amount of bullish divergence since reaching a low of 37 satoshis on May 20.

Furthermore, the 100- and 200-period MAs are very close to making a bullish cross. However, the price is currently trading below both of them. In addition, After breaking out from the wedge, the price made an unsuccessful attempt at breaking out above both moving averages.

The generation of bullish divergence makes us believe that the next upward attempt will be successful. However, it is worth mentioning that this divergence is not present in long-term time-frames.

Thus, it is possible that this will only be a short-term increase.

BAT Inside a Horizontal Channel

On May 10, the price of BAT reached a low of 4438 satoshis. A gradual increase was followed by a decrease.
The price reaches similar levels on May 14 and 21.

It has been trading inside the horizontal channel outlined below: 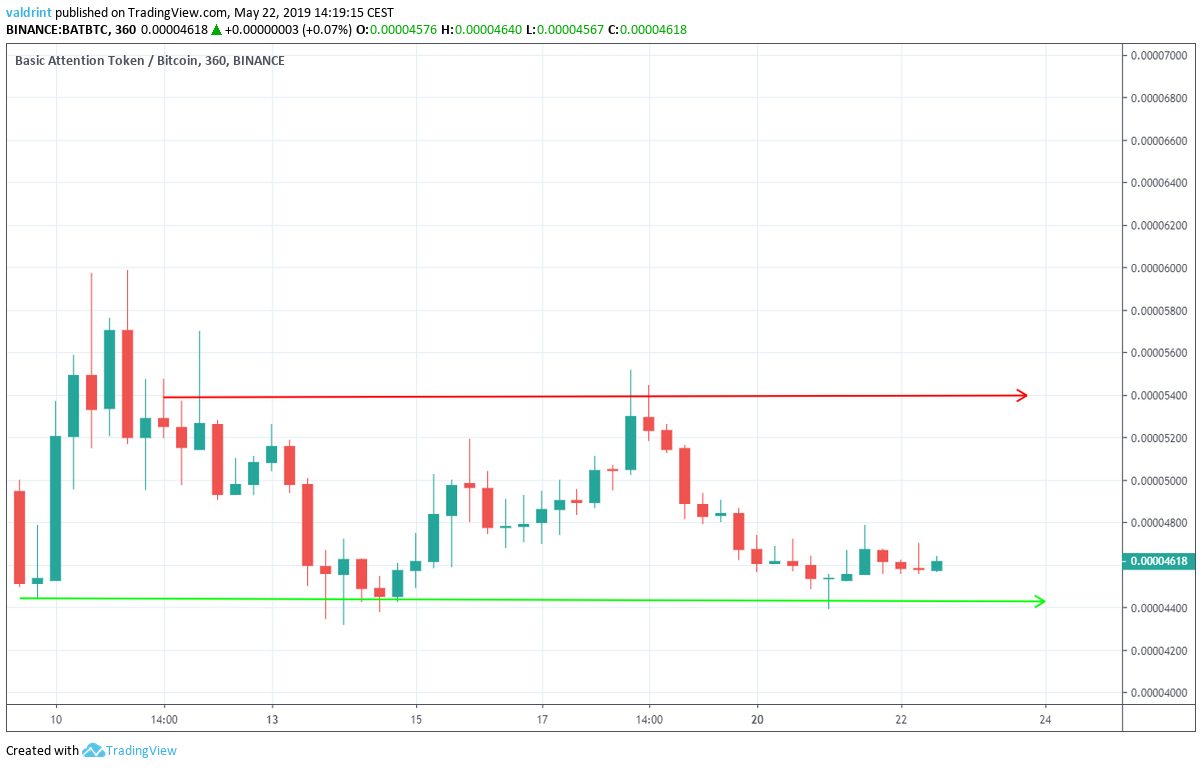 At the time of writing, the price was trading at 4618 satoshis, very close to the support line of the channel.

The resistance line is at 5400 satoshis.

In order to determine future price fluctuations, BAT is analyzed  alongside the RSI and the MACD below: 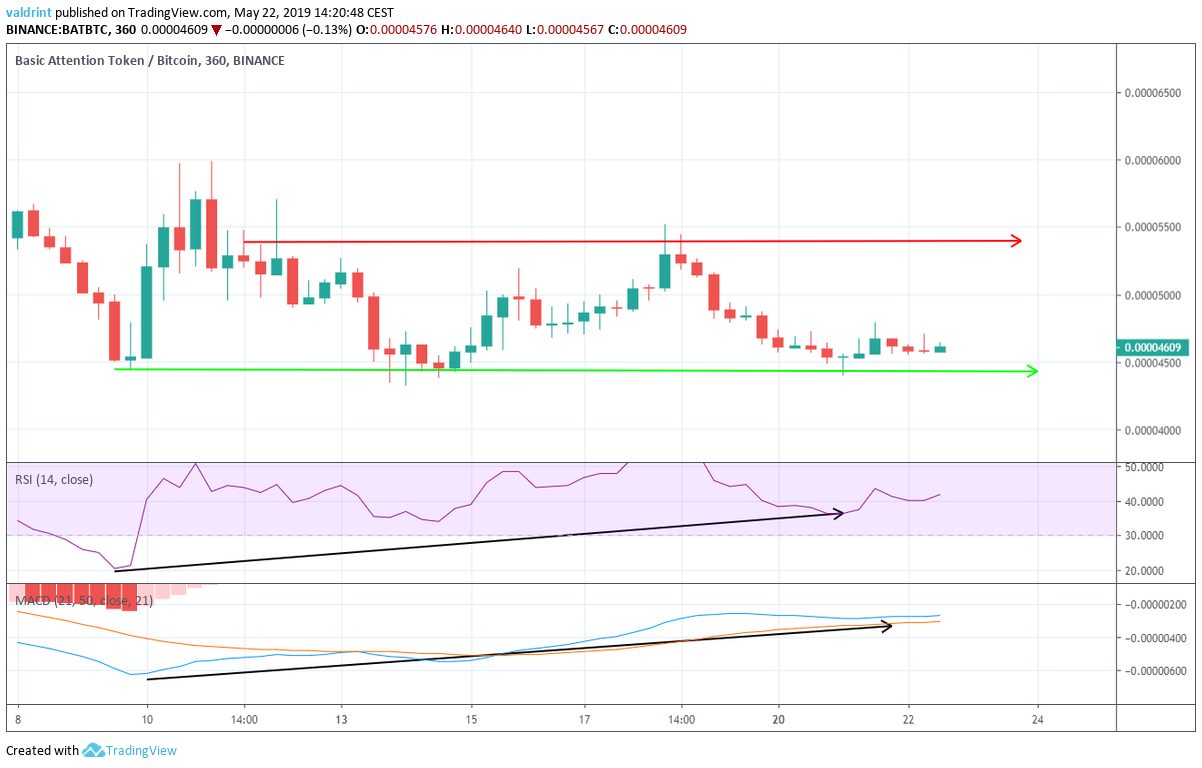 We stated that the price reached similar lows on May 10, 14 and 21. During this time, the RSI and the MACD have generated successively higher values.

The use of these indicators supports price increases towards the resistance line of the channel. Furthermore, due to the price movement outlined in our previous analysis, we believe a breakout is possible.

On May 20, we initiated a long trade setup and stated:

The average entry defined for both long setups is 4550 satoshis. In addition, but trade setups are placed with a stop-loss order at 4259 satoshis. This is less than the lows experienced on May 13. 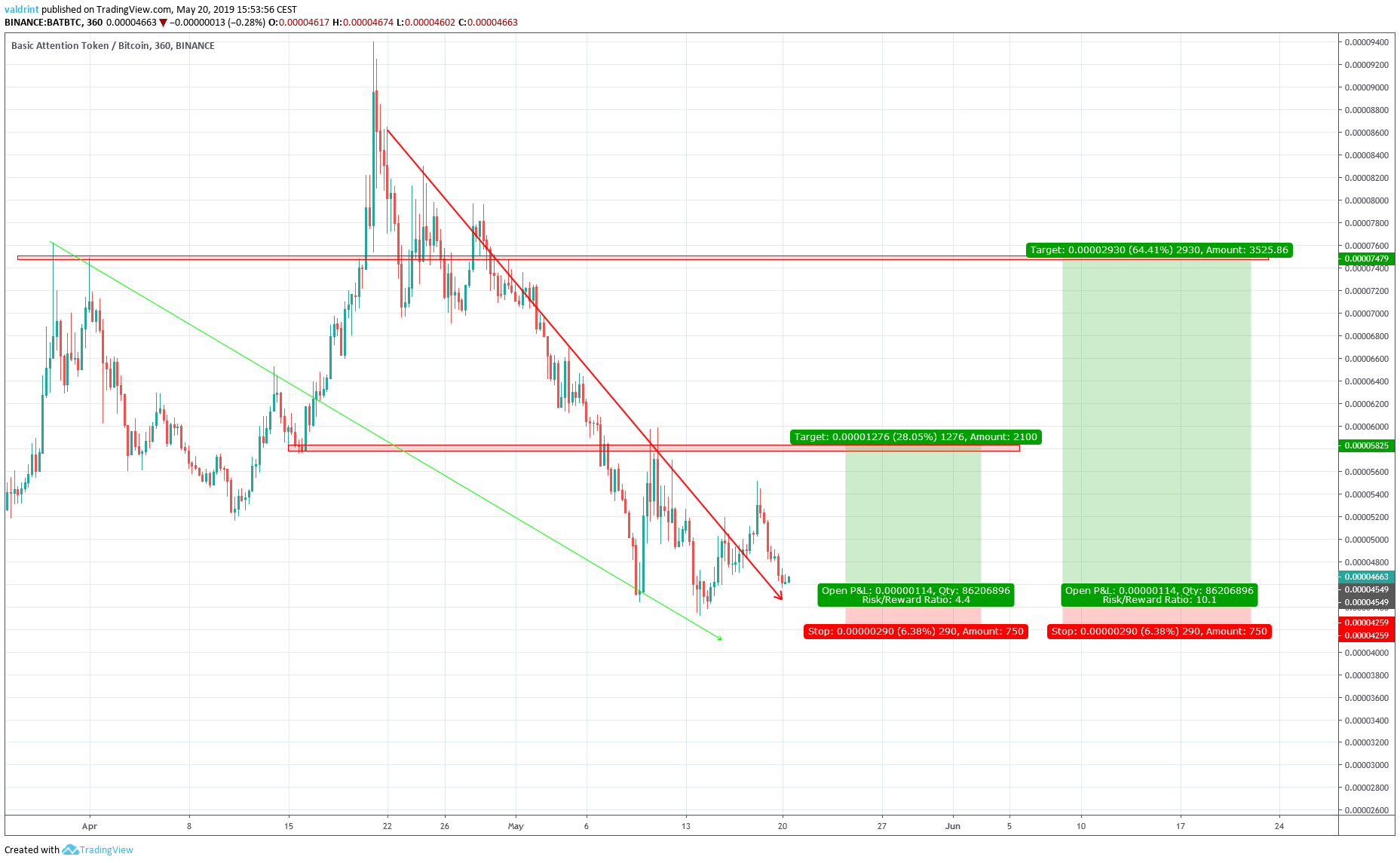 Since then, the price has increased incrementally, and our stop loss has yet to be triggered.

Nonetheles, as stated in our analysis, we believe that price increases are in store and the price will eventually reach our targets.

To conclude, both DOGE and BAT recently broke out from their respective patterns.

In the case of DOGE, the breakout was not strong and the price did not break out past the 100- or 200-period moving average.

BAT, on the other hand, has created a different trading pattern. It is trading inside a horizontal channel and has developed significant bullish divergence in the RSI and the MACD. This divergence is also present in DOGE, but only in short-term timeframes.

Thus, we believe that BAT will begin an upward move soon. The same is possible for DOGE in the short-term, but  we are still uncertain about its long-term prospects.

Do you think the price of DOGE will continue to decrease? Will BAT begin an upward move?