The BAT price has been decreasing since the beginning of 2020. Once it reached the support area at 2,200 satoshis, it began an upward climb yet again.

The upward movement stalled slightly once the price reached 2,700 satoshis and is looking to gear up for another possible upward move. Well-known trader and investor Crypto Krillin posted a BAT price chart, stating that a bounce at the current level is likely, with a target of 2,700 satoshis.

It's an interesting mid-cap and I received a few requests for this chart.

Should bounce here to at least the diag resistance. pic.twitter.com/QWmr7VJU4X

Historically, the 2,200 satoshi support area has been very important for the BAT price movement. It was the catalyst of three relatively minor upward moves in 2018, before the final upward movement in March 2019 that created the current all-time high.

The price broke down below this support area in August 2019. However, the lower price levels could not be sustained and BAT quickly reclaimed support. This is a very bullish development that often leads to a price reversal.

The closest resistance area is found at 3,200 satoshis. If the price breaks out above this area, the rate of increase will likely accelerate, as was the case at the beginning of 2019. 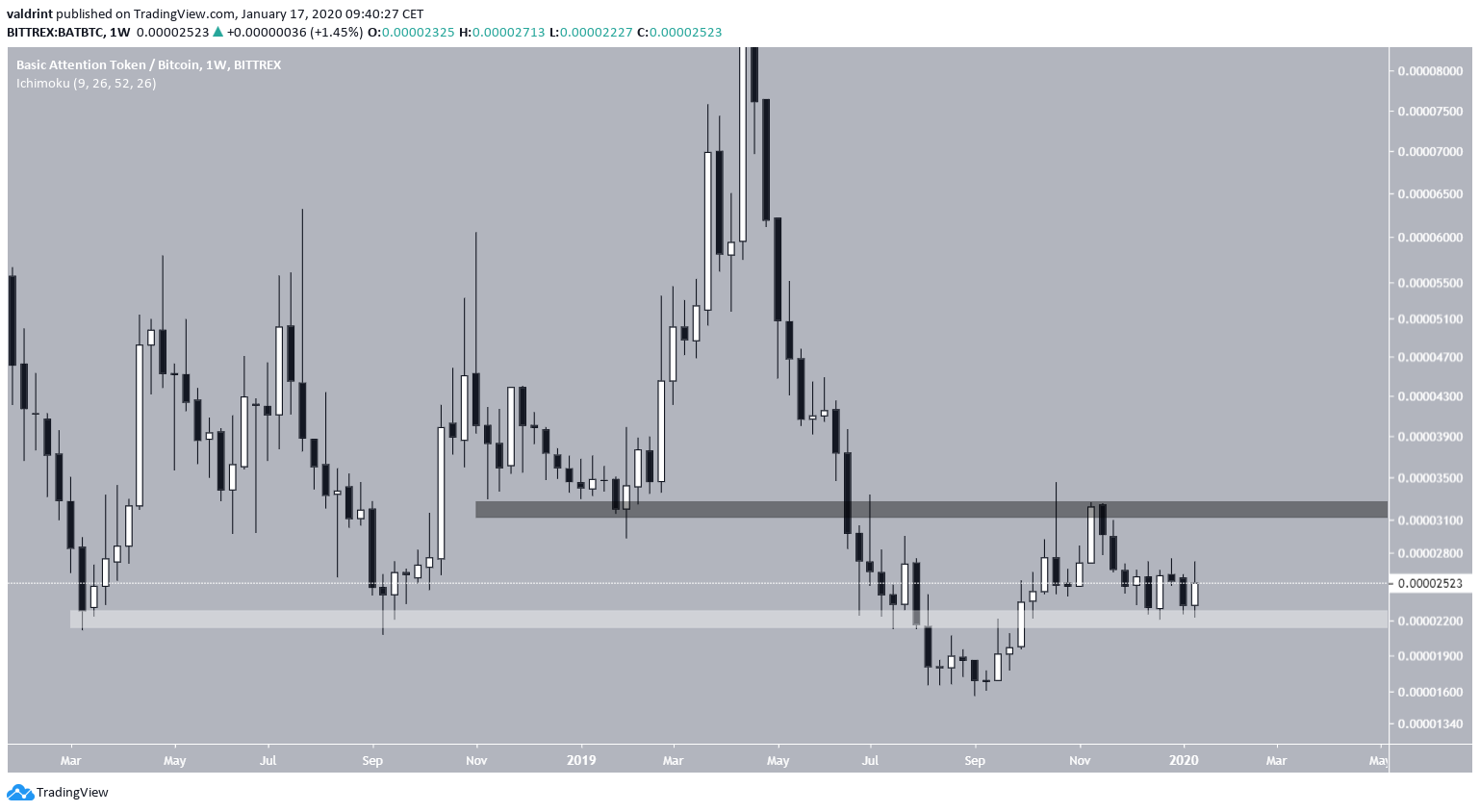 The price had been following a descending resistance line since Nov 17, 2019. The price broke out on Dec 28 and reached the minor resistance area at 2,700 satoshis. The BAT price decreased after a failed attempt at moving above resistance. BeInCrypto predicted this price decrease in our previous analysis.

Afterward, BAT returned to validate the resistance line before making another attempt at resistance — which was also unsuccessful.  The price has been decreasing since.

The price is expected to consolidate inside this range before a possible breakout ensues that could take the price to 3,200 satoshis and possibly initiating another consolidation phase between 2,700-3,200 satoshis.

As stated in the beginning, a breakout above 3,200 satoshis would confirm that the BAT price has begun a new market cycle. While it does look likely this will occur, it seems like it could be a longer-term development. 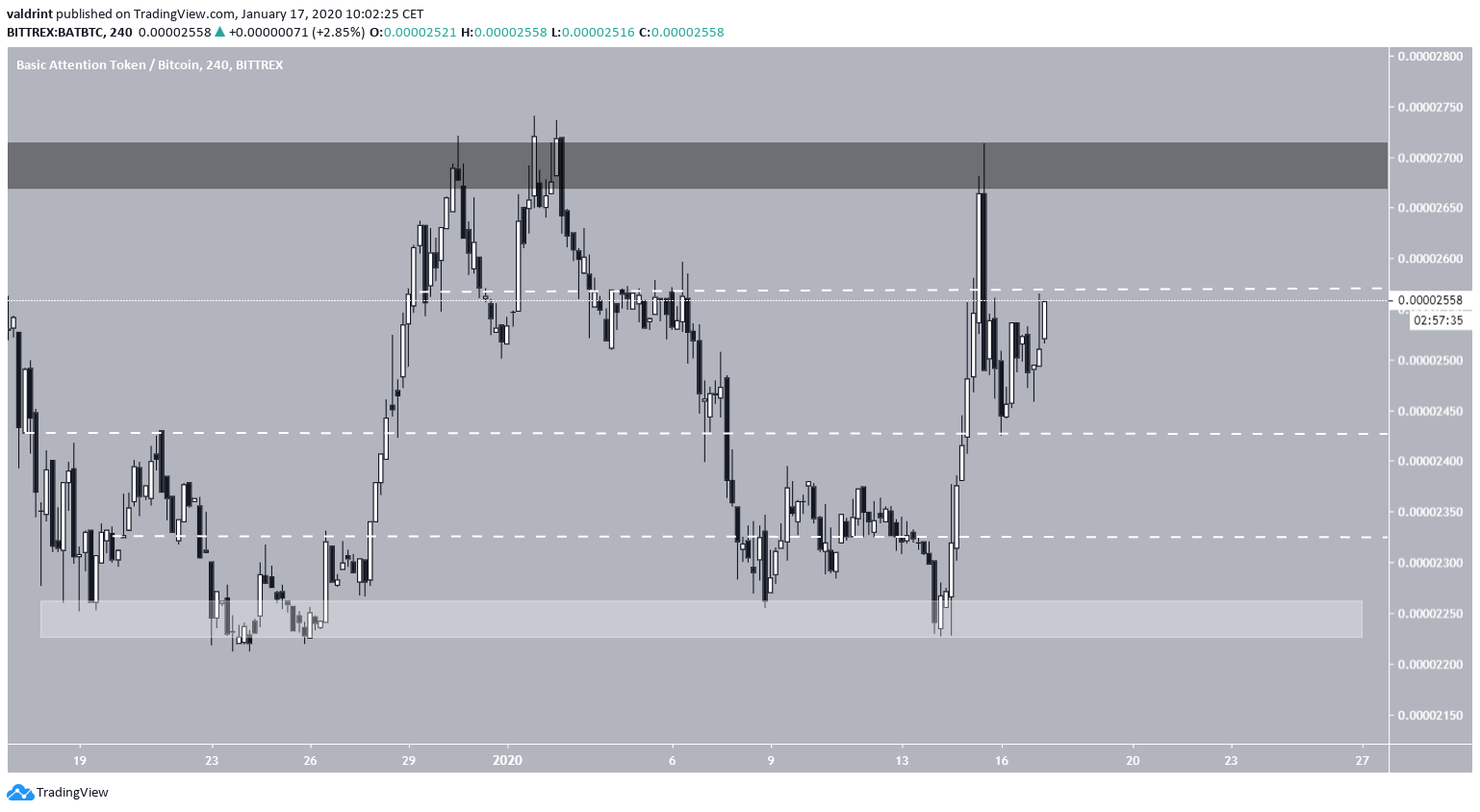 To conclude, the BAT price has reclaimed a long-term support area, indicating that it wants to begin a new bullish market cycle. In the short-term, it is making an attempt at breaking out above the 2,700 satoshi resistance area. A breakout above 3,200 satoshis would confirm the beginning of the new upward trend.