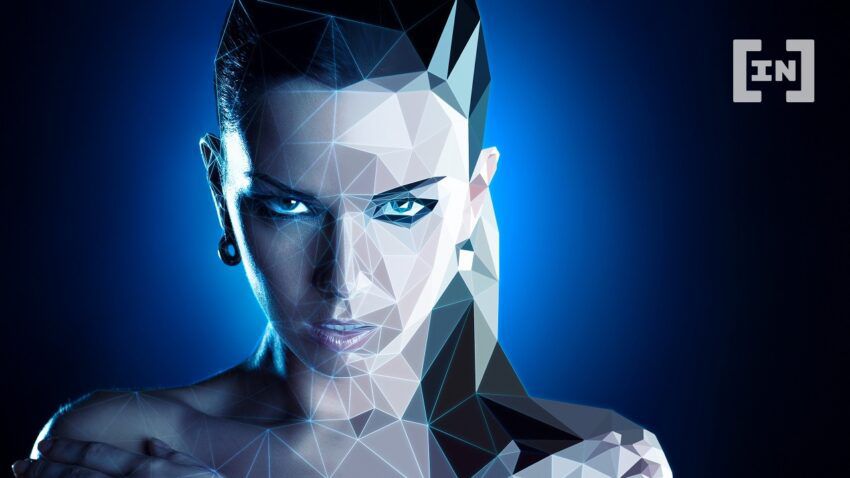 Yves Saint Laurent’s latest collection appears on the runway. It is modelled by avatars. The biggest names in fashion journalism feature front row and central in avatar form. They will try to show the rest of the world the latest digital wearables; some of them corresponding to real-life pieces and others simply existing in NFT format.

For many, the metaverse might seem like some dystopian future similar to Ready Player One where we live out the rest of our days in the realm of virtual reality. The truth is that the metaverse is well and truly upon us, from healthcare to fashion. Most industries are making the transition over.

The fashion industry has already made its mark on the metaverse, with daring brands hosting their own fashion shows. Many of the major fashion houses joined Metaverse Fashion Week (MVFW) last March in Decentraland.

Decentraland hosted daily shows, talks, and afterparties. The fashion industry is pushing the boundaries of what people believed to be possible and virtual influencer marketing is becoming the new norm.

Influencer Marketing: Is it the end?

But what about influencers and models who have already built up a social media presence? They don’t want to be left behind. How can they make the transition over to the metaverse and continue to be included in fashion shows – rather than brands creating their own avatars?

Similarly, how can other brands access things like front-row seats? They need to ensure their brand is at the forefront of new tech, and how it’s applied to fashion. How can everyone use digital PR to create their brand image within the metaverse? How can they solidify it as an extension of their social image?

Digital PR is a relatively new field in itself, but the metaverse will undoubtedly change the playing field. With brands increasingly using virtual fashion shows and influencers, digital wearables in the form of NFTs will become increasingly significant too.

Some of these have real-life identical pieces that the NFT can be traded for. Others are one-off digital wearables. They can potentially provide access to specific events, like gated after shows or front-row seats.

The future of digital PR is set to change massively. Future PR packages have the potential to be completely digital. Models and influencers may receive high-value NFTs, rather than traditional gifted items like clothes and makeup.

Ultimately this will only occur when the metaverse becomes more normalised within society and is easily accessible by the masses. In the meantime, we’ve seen brands like Roksanda launch an AR function. It allows consumers to virtually try on an NFT outfit via an Instagram filter. This merges traditional social media with the potentiality of the metaverse. Social media allows traditional influencers to share this with their following. It gives the consumer access whilst maintaining exclusivity.

The possibilities are endless as long as they’re seized in time. Many of the major fashion brands are purchasing permanent space in the metaverse to use as shopping outlets or other event spaces. Things are moving a lot quicker than most anticipated. In light of this, there’s a lot of pressure for marketing and digital PR agencies to rise to the challenge and generate new ways of solidifying brand presence in the metaverse. Whether that’s for big companies or smaller personal brands, the demand will be high for those who can effectively make the switch.

Influencer marketing in the metaverse

Moving into the metaverse offers a major opportunity for those who already profit from their online presence. And, those who wished they got involved in the early days of Instagram but then felt as though they missed the boat. The most exciting thing is that no one knows for sure what influencer marketing in the metaverse will look like. We can only make educated guesses based on what we’ve seen so far.

But with brands already creating their own computer-generated influencers, is the race already on for influencers who want to continue having an online presence? Brands like Prada have already branded avatars that are completely in line with the brand’s values and image. “Candy” was imagined and brought to life in 2011. She was relaunched this year across print, film, and social media as she interacted with a real-life fragrance bottle designed by Fabien Baron. The key idea behind producing Candy, a computer-generated avatar, was to make the launch more appealing to a younger audience, in particular Gen Z.

This isn’t a new concept at all, but one that has come into the public discussion more recently because it is now a viable reality. The Yoox Net-a-Porter group launched their virtual influencer Daisy in 2018. She features across multiple brand campaigns, including Tommy Hilfiger and Calvin Klein. She exists to promote clothing, engage with other virtual influencers, and spends the majority of her time amongst models and changemakers within the fashion industry.

There are obvious benefits to using virtual influencers who are completely computer-generated. They can be used as a complete visual representation of a brand and its values. They are also completely under the control of the brand and do not have separate opinions in the same way that real-life influencers do. This can also be a way for the brand to comment on social and political issues without directly involving the brand. This adds new layers to the brand’s image and builds rapport with its target audience.

Will the consumer trust a virtual influencer? This relies on whether an influencer has been computer-generated specifically for a brand or as a person in their own right. The most popular example of this is Miquela Sousa/Lil Miquela. She was created by LA-based tech startup Brud who is a musician, change seeker, and style visionary, named in TIME magazine as one of the ‘25 most influential people on the internet.’

The depth of her character is human-like, garnering her endless media attention and opportunities. These include interviewing J Balvin at Coachella, modelling for Prada, and getting millions of streams on Spotify for her music according to virtualhumans.org.

Avatar Influencers are here to stay

Authentic influencing on social media is questionable. With many influencers editing photos to the nth degree, it’s impossible to distinguish between what’s real and what’s fake. Is creating a virtual influencer that far removed?

There are concerns, though, that by moving away from real people, brands will undermine the key aspects that make influencer marketing so powerful – relatability. The most successful influencers are the ones who have stories, and flaws. Maybe you’ve been following their journey for a while.

Especially with platforms like YouTube. You can view long-form content created by influencers, and see inside their lives. It almost feels as though they’re speaking to you as a friend. It’s very similar to word-of-mouth marketing where you’ll buy something that your friend recommends because you trust them. As many as 92% of people would trust recommendations from family and friends over any other type of advertising. The internet now means that certain influencers have moved into the quasi-friend territory. This allows them to effectively persuade the masses to invest in products and services that they recommend.

The importance of community building cannot be undermined or undervalued in this respect. Influencer marketing tends to resonate most with generation Z. But they’re also likely to purchase based on values. This is why honest brands and influencers are so successful. They might already have a community that is likely to be loyal to them on other platforms. Their fans potentially trust them more than branded avatars as they’re actual people and not just loyal to the brand.

Of course, there are some influencers that say whatever they’re paid to say. While this may fast-track brand growth and visibility, it doesn’t mean that anyone genuinely trusts your opinion.

91% of consumers say the integrity and authenticity of a brand is the most important thing when evaluating who they shop with. A brand’s treatment of employees comes in second (87%). Almost four in five consumers (79%) are more likely to shop with a brand that shares their personal beliefs according to Marketing Tech News.

Whilst the audience may share the same opinions and outlooks as computer-generated influencers, will they trust them? The effectiveness of influencer marketing in the metaverse will rely on the extent to which the consumer relates to the avatar.

While some believe decentralisation to be synonymous with improved accessibility, it’s not necessarily the case here. There’s scope for new influencers to rise and make their mark. But it wouldn’t be possible to achieve fast growth without some sort of community already in place, or access to traditional wealth or power.

Digital front rows are essentially on sale to the highest bidder with an Ethereum wallet. So the question is whether fashion is becoming more accessible or just a continuation of the previous exclusivity that frustrated so many? Chances are, while you’ll finally get to visit a metaverse fashion show, you’re unlikely to build a presence and position of influence unless you’ve got the money or community to do so.

The key takeaway for brands and influencers with an existing online presence is that the time to consider expanding that digital footprint into the metaverse is already upon us.

We’ve already seen some of the biggest names in fashion snap up front-row MVFW seats in a bid to solidify their presence in the industry within these new parameters. It’s very much a case of transition over or getting left behind.

With virtual influencers proving popular, it’ll be up to real-life influencers to prove their worth, and for the consumer to carve an image of how they want to be influenced.

Digital PR and marketing agencies also have a unique opportunity to help influencers in making this switch. The strongest asset that real-life influencers have is their degree of authenticity and existing community. However, amid the harsh realities of cancel-culture, they’re going to have to prove their place amongst virtual influencers who literally can’t put a foot wrong.

Schaunagh Gleeson is a Public Relations Executive at DA Creative Studio. She has a passion for entrepreneurship and all things digital marketing. She is working towards her MSc in Digital Marketing and graduated from UCL in London after studying French and Arabic.

Got something to say about avatar influencers or anything else? Write to us or join the discussion in our Telegram channel. You can also catch us on Tik Tok, Facebook, or Twitter.