The Bitcoin price has been decreasing since the October 25 rapid upward move. According to the Wyckoff distribution method, the price is in the ‘markdown’ phase and has another downward move on the horizon.

After the speech by the president of China on October 25, which preceded the entire upward move, positive news for the cryptocurrency industry has been rolling in.

Today, a local government from the city of Guangzhou announced that it had received $150 million in government funding in order to advance blockchain-related projects.

I believe all other local govs will follow, overall capital subsidy can be massive

The city of Guangzhou has a population close to $15 million. If other local governments follow suit, which looks increasingly likely, the subsidies for larges cities will most likely be massive.

As it seems, China is determined to become the world leader in blockchain adoption and the advancement of technology. This leads us to the question of whether the Bitcoin price will continue increasing as a result.

Crypto trader @888velvet believes that the Bitcoin price will initiate another downward move before resuming its uptrend.

$BTC you are Here pic.twitter.com/QayEZxtipR

The analysis stems from the use of the Wyckoff distribution method, which transpires in four phases:

As it stands, we may currently be in the “Markdown” phase and are set for another downward move.

Let’s look closely at the Bitcoin price movement and determine the validity of using this method.

Afterward, ‘distribution’ occurred until the crash of September 24. It is called ‘distribution’ since most people who were buying during the accumulation phase are selling at these higher prices, thus distributing their cheaply bought bitcoins to new buyers that are just entering the market.

Since the September 24 crash, we are likely in the ‘markdown’ phase — despite the recent pump.

These phases are outlined in the graph below: 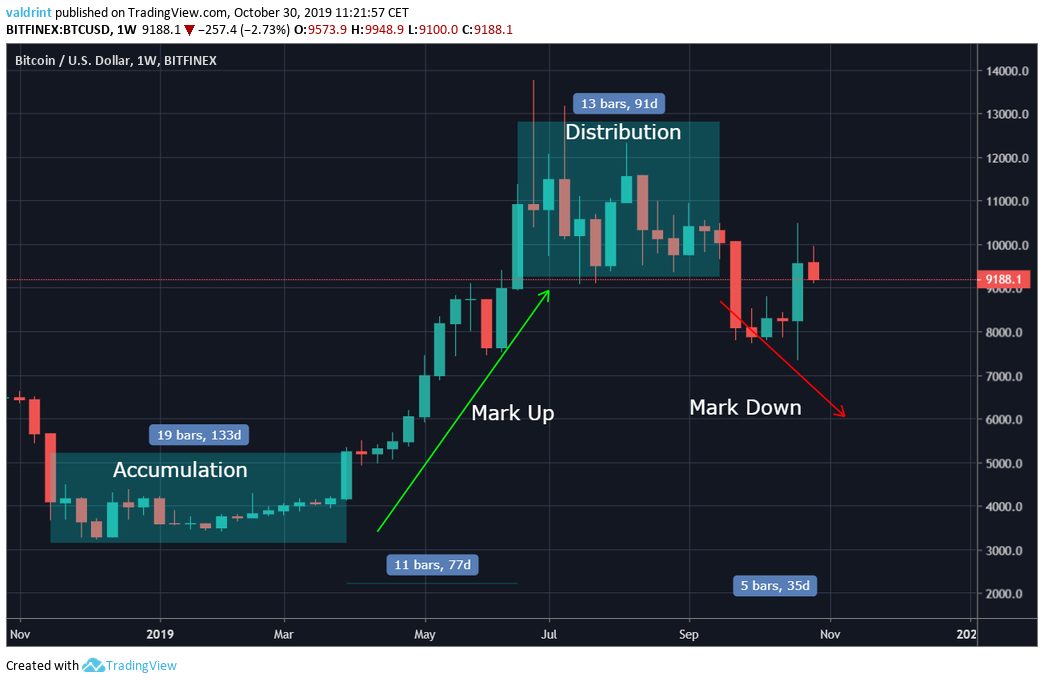 Where Will Bitcoin Bottom?

Based on just the length of the previous phases, the markdown is likely to go on for, at least, a couple more weeks. It has been going on for only 35 days, being the shortest one by a significant margin.

If it continues its downward movement, a likely level for its end would be the $6700 level — in which both previous support areas and the 0.618 Fibonacci level converge. This view is supported by the current bearish cross between the 10- and 20-week moving averages (MA). 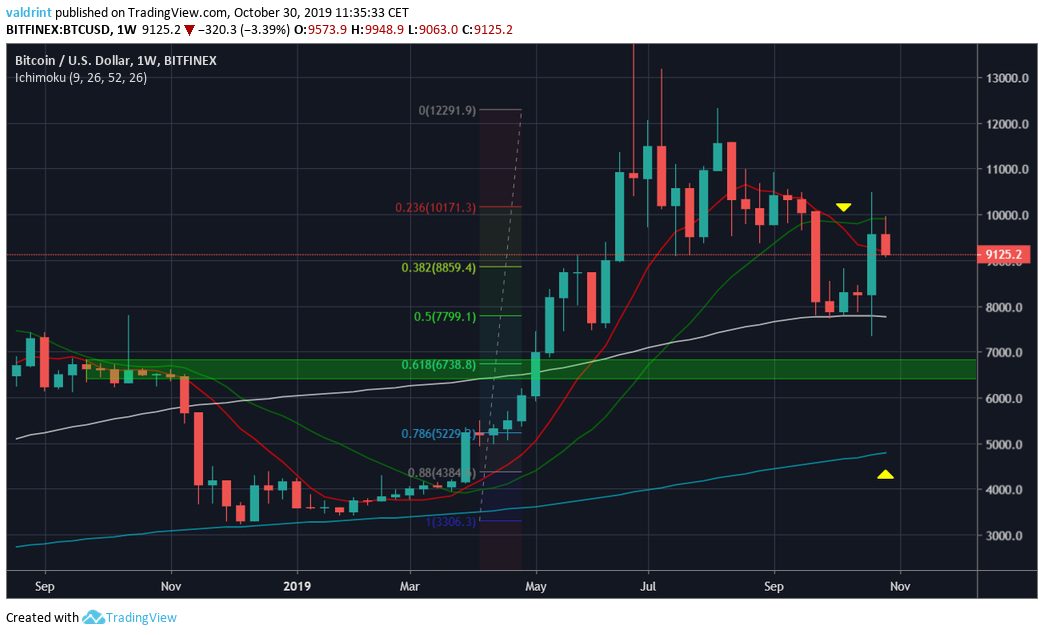