On January 21, 2019, an anonymous user made a series of future Bitcoin price predictions.

The user successfully called the December 2018 bottom. Also, the succeeding two predictions, which stated that the price will be $5300 and $9200 in April and July, respectively, were validated.

The third one, however, stated that the price will reach $16,000 in October. Since today is October 31, it is an interesting time to see if it is possible for this prediction to be validated.

While the tweet seems sarcastic in nature, let’s see if there is any chance, however slight, that it will be validated.

In order for the prediction to be validated, an increase of roughly 78 percent would be required.

During the past two years, the three dates with the highest daily rate of increase have been: 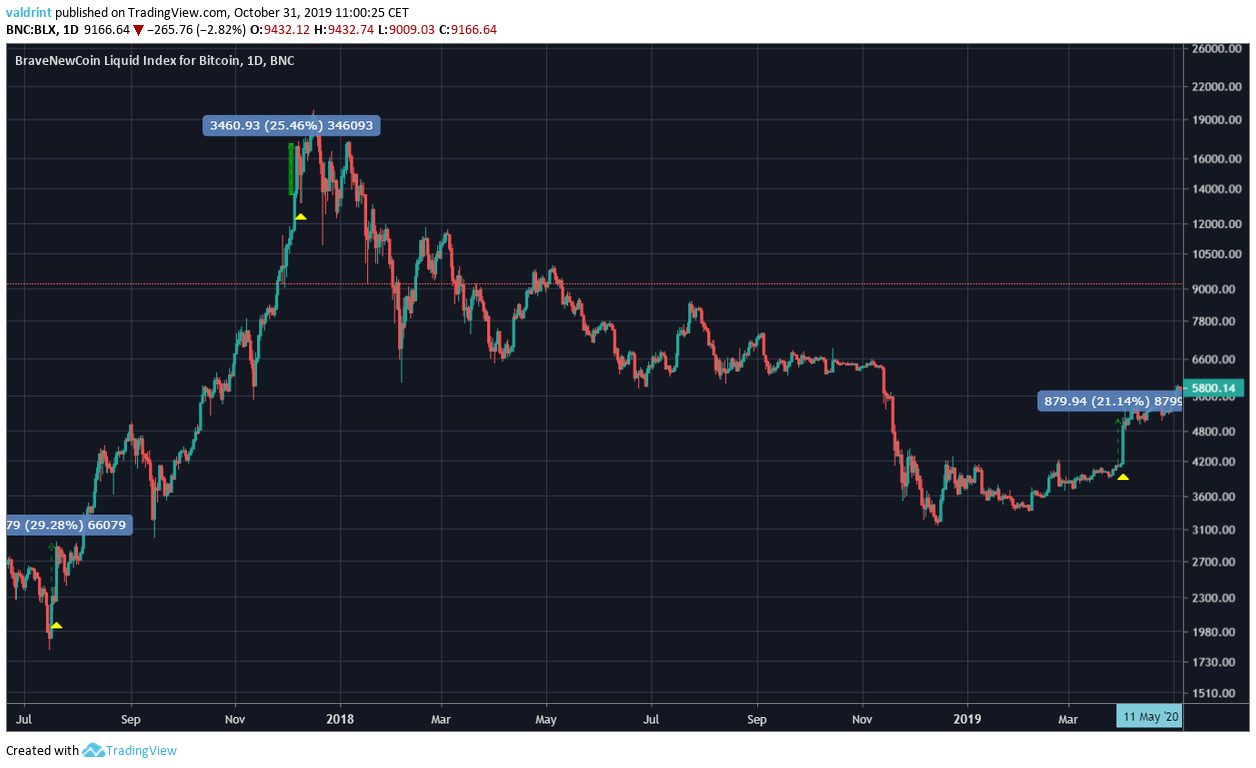 Even going further back, when the volume was significantly lower than what it is today and allowed for more volatile price movement, the highest daily rates of increase have been

While the 55 percent rate of increase in November 2017 comes close, all the other highest rates have been less than half of what is required to reach $16,000.

Considering that there are significant resistance areas above, and the movements are less volatile now than in 2013, it is probably safe to say that the prediction will be invalidated by tomorrow.

Why It Took Bitcoin 11 Years to Become Globally Relevant