The ATOM price failed to break out above the 65,000 satoshis resistance area throughout December and began a downward move that is still ongoing.

The price has reached a very significant support level and the ascending support line that has measured the rate of increase since the beginning of the upward movement on September 6, 2019. A breakdown below the current support could put the upward trend at risk.

Well-known cryptocurrency trader (@devchart) stated that the ATOM price has reached a key horizontal support level and might be accumulating in anticipation of an upward move. This hypothesis would be strengthened if the price creates a bullish hammer reversal candlestick.

Received an alert for approaching support and confluence for a possible Hammer bullish reversal candle.
I don't like to play alts when $BTC is pumping but will be monitoring this play for a bounce.

Will ATOM be successful in initiating a reversal? Let’s take a closer look and decide.

Currently, the price is trading inside the support area of 48,000-50,000 satoshis, which coincides with the ascending support line, making this a very likely place to initiate a reversal. 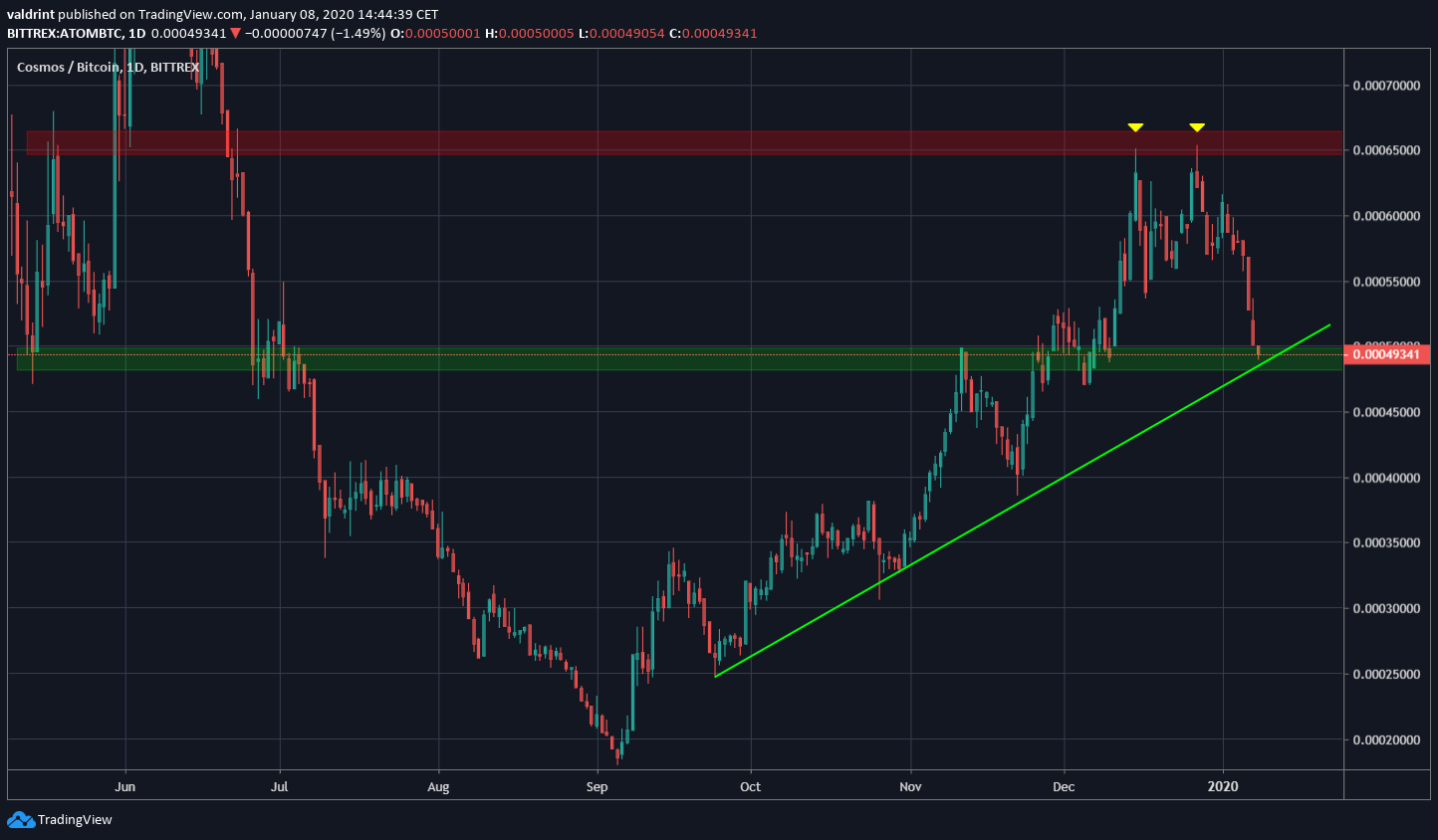 The lowest RSI values have been recorded once the price has touched the ascending support line. At the time of writing, the RSI was deep into oversold territory, the lowest value since the beginning of the upward movement. However, there is no bullish divergence nor is there a bullish reversal pattern, such as the bullish hammer candlestick mentioned in the tweet. 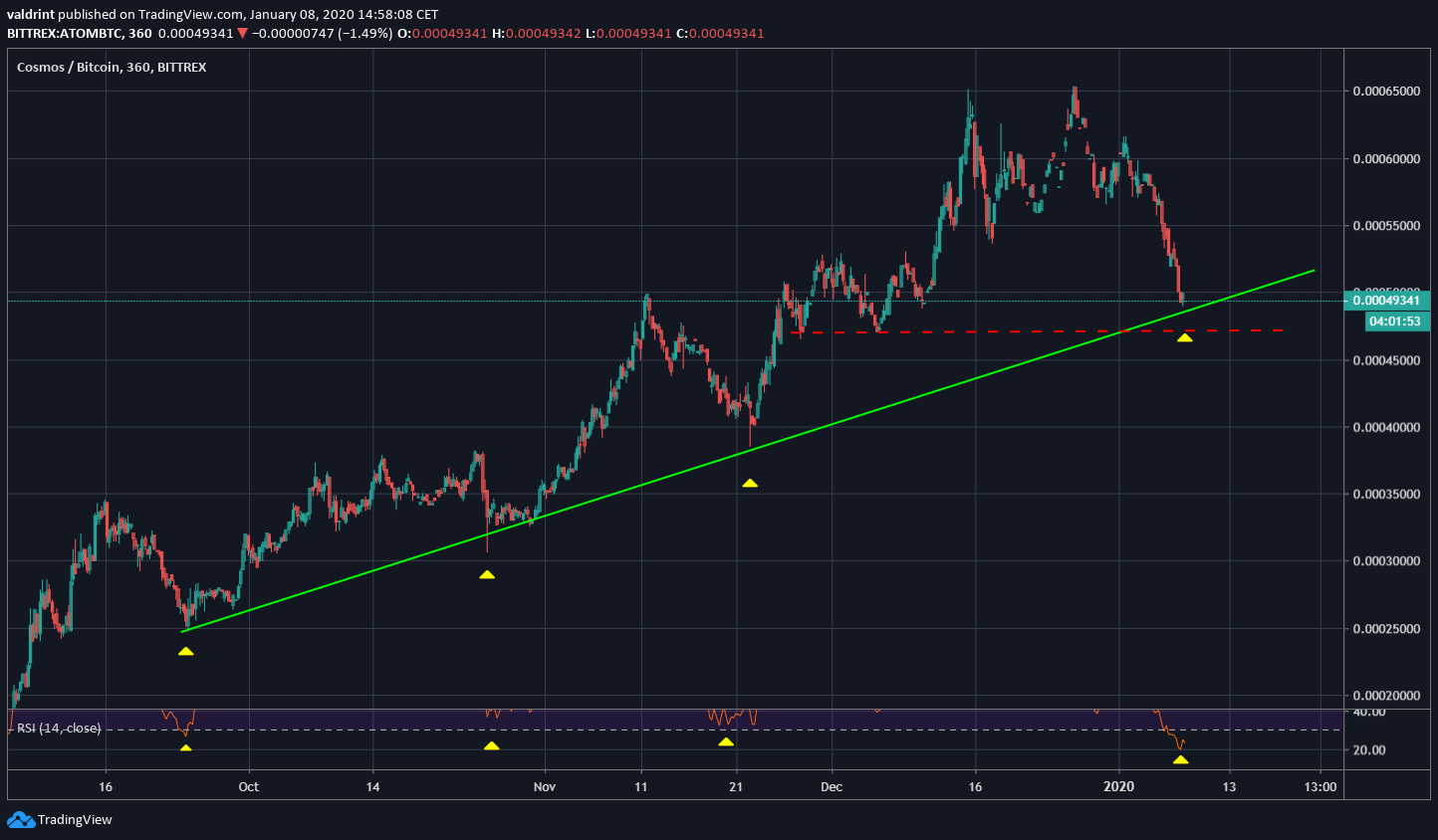 In case the ATOM price breaks down from the support line, the most probable place for a reversal would be found at 37,000 satoshis, the 0.618 fib level, and a previous resistance area.

If not, the price is likely to retest the 65,000 satoshis level where the price made a double top. At the time of writing, this seems more likely. 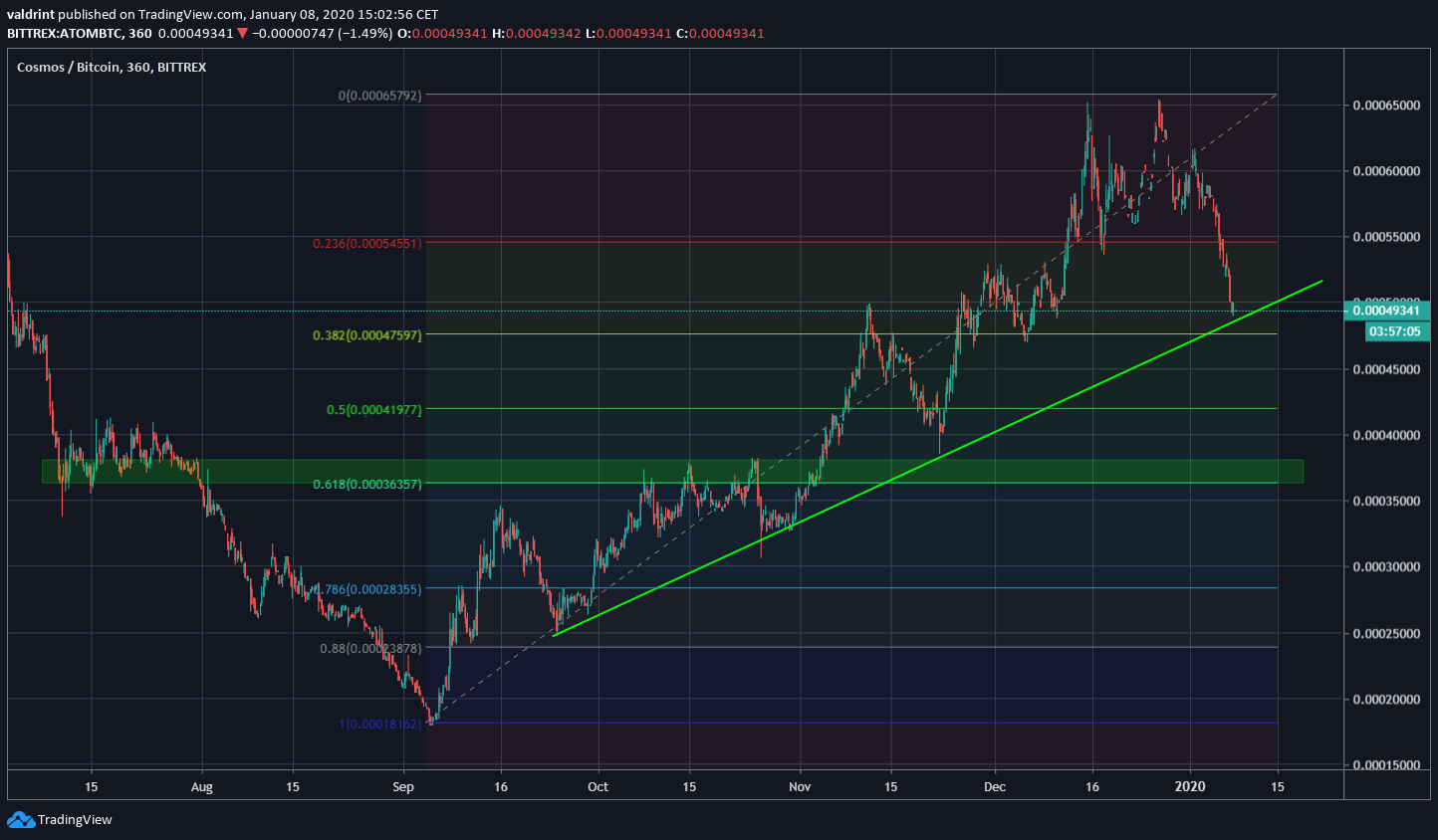 To conclude, the ATOM price has reached a significant support level, a breakdown below which could take the price towards 37,000 satoshis. In order to prevent losses in this possibility, the placement of a stop loss below 47,000 satoshis is recommended.