Altseason Can Be Identified by This Important Indicator, Notes Trader

Most altcoins have increased significantly throughout 2019. However, similar to Bitcoin, they reached their highs around June and have been on a downward trend since. In its entirety, the rate of increase for altcoins has been slower than that of Bitcoin, causing the market dominance of the latter to increase. But, there are some signs of a possible “altseason” coming up.

However, several altcoins have been showing signs of life, especially those based in China.

Prior to last week’s increase, the market dominance of Bitcoin, however, had been decreasing for six consecutive weeks, leading many to call for the beginning of “altseason.”

Crypto trader @rektcapital stated that several alts are at a make-or-break level since they have approached their 200-day exponential moving average (EMA).

The 200-day EMA is a very good gauge of investor sentiment towards an asset. Therefore, if an asset moves above it, it could indicate that a bull market has begun.

Let’s identify some of these altcoins and see if there’s really some sort of case for an altseason.

The Ethereum price broke out above a descending resistance line that had been in place since July.

Throughout September/October, it created a double bottom, which preceded the breakout.

Afterward, the price reached the 200-day EMA and has failed to break out above it. 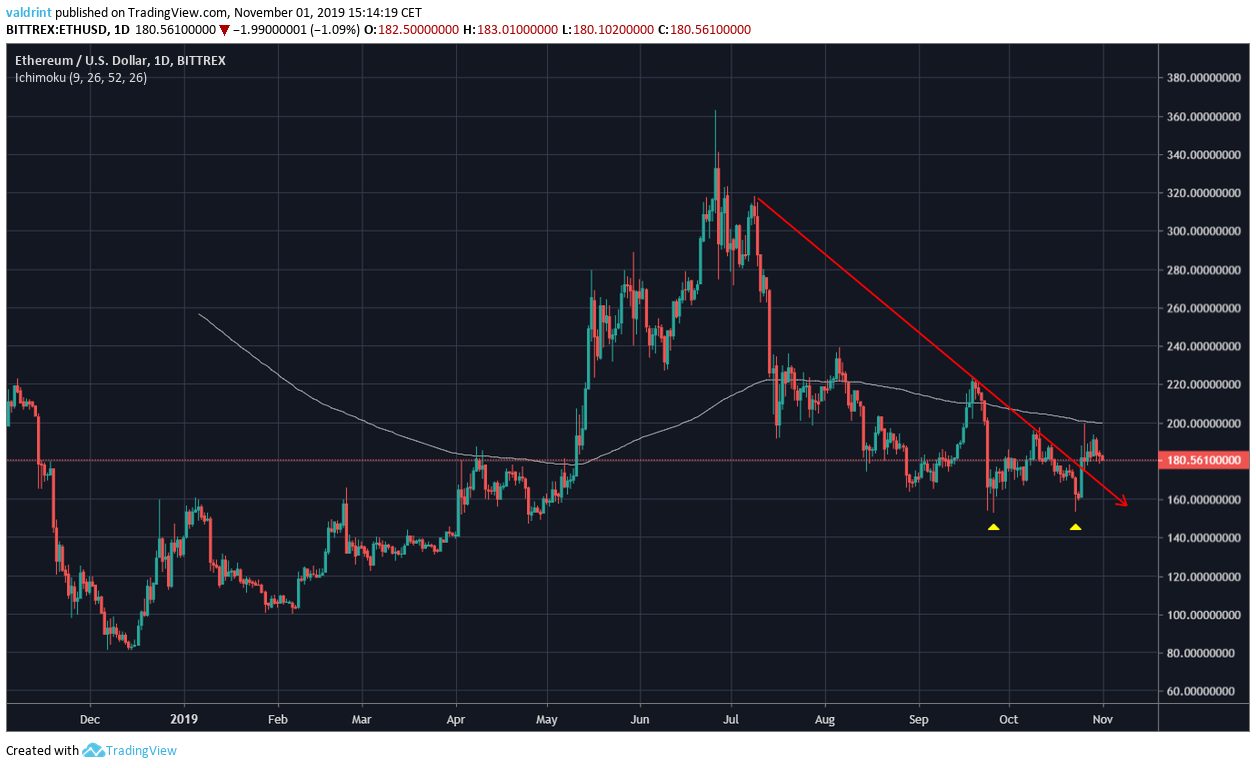 The NEO price has broken out above the 200-day EMA, after initiating an upward move on October 22.

Since then, it has decreased to find support above it.

The same EMA acted as resistance throughout April/May. After the price moved above it in early June, it eventually reached a high of $24. 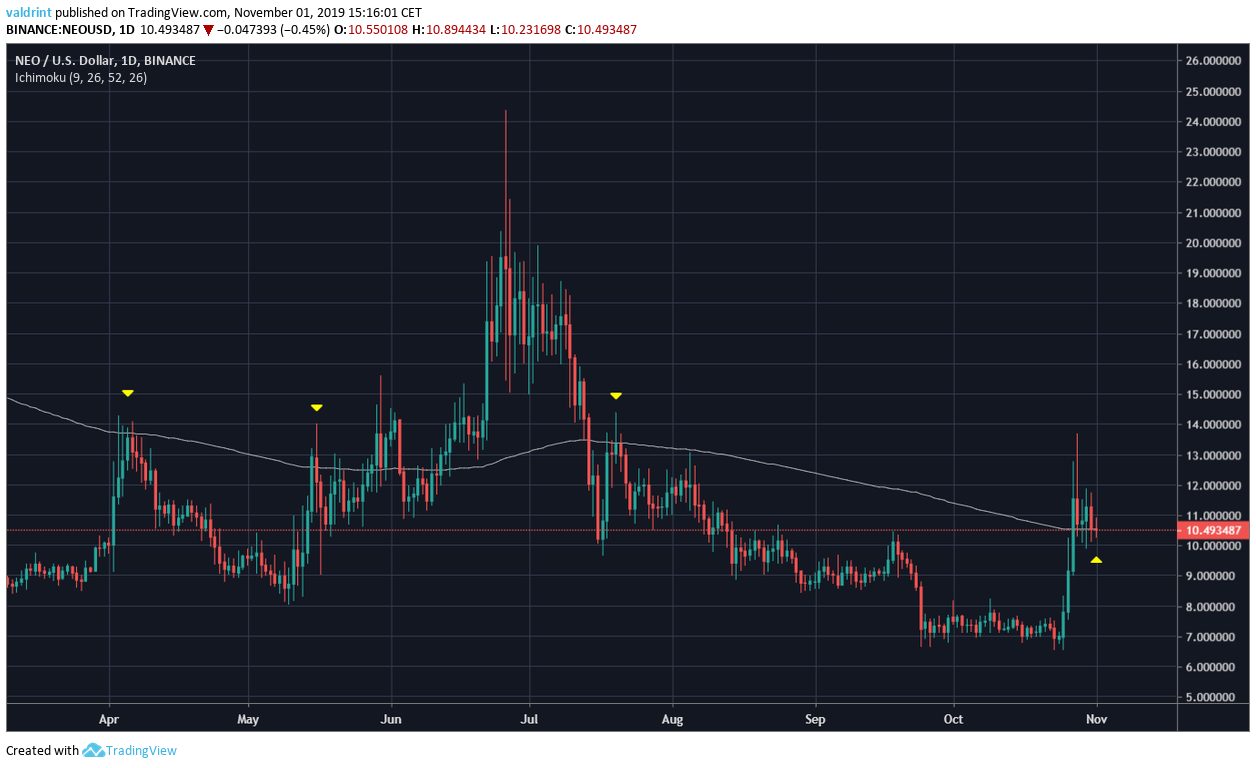 The XRP price has not broken out above its 200-day EMA. It was previously rejected by it on September 18.

Currently, it has made several attempts at moving above it, all unsuccessful, and seems to be decreasing. 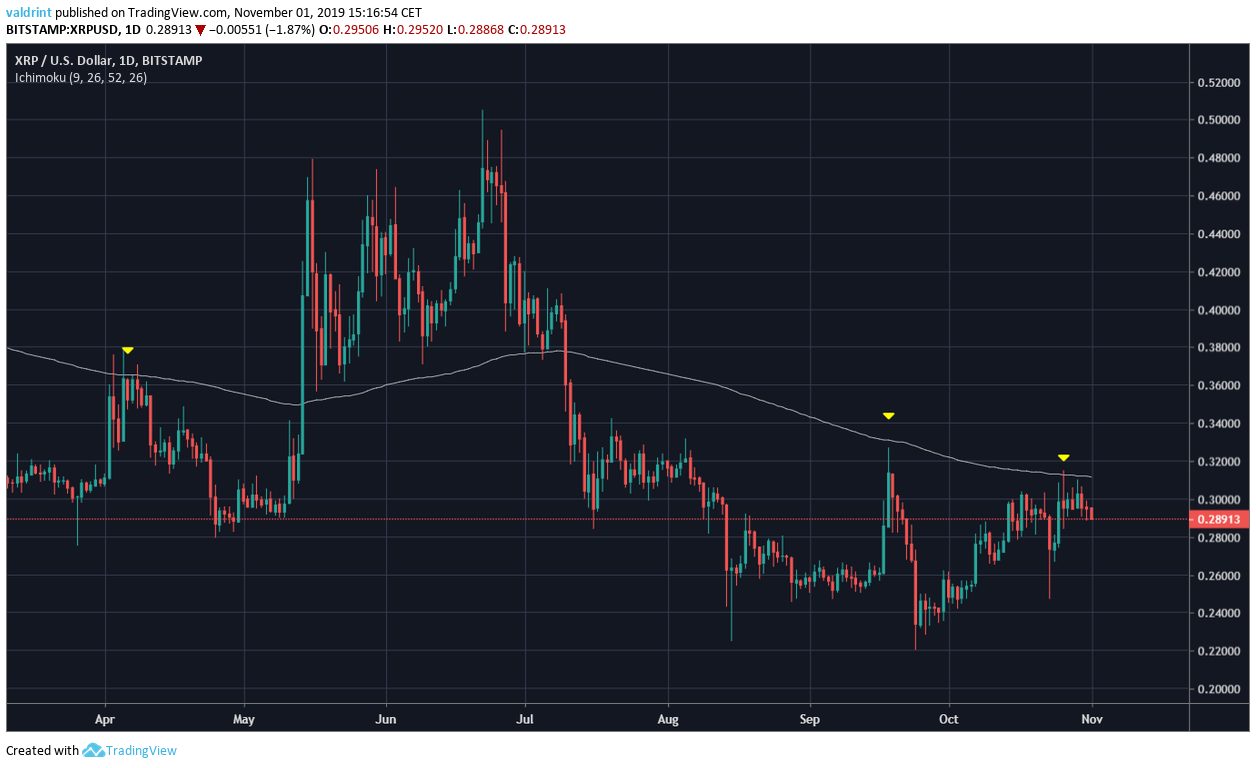 The DOGE price is trading right at its 200-day EMA.

Similarly, the EMA has provided resistance in August, September, and October.

Unlike the other alts, the DOGE price has created several wicks above this EMA but has failed to reach a close above it. 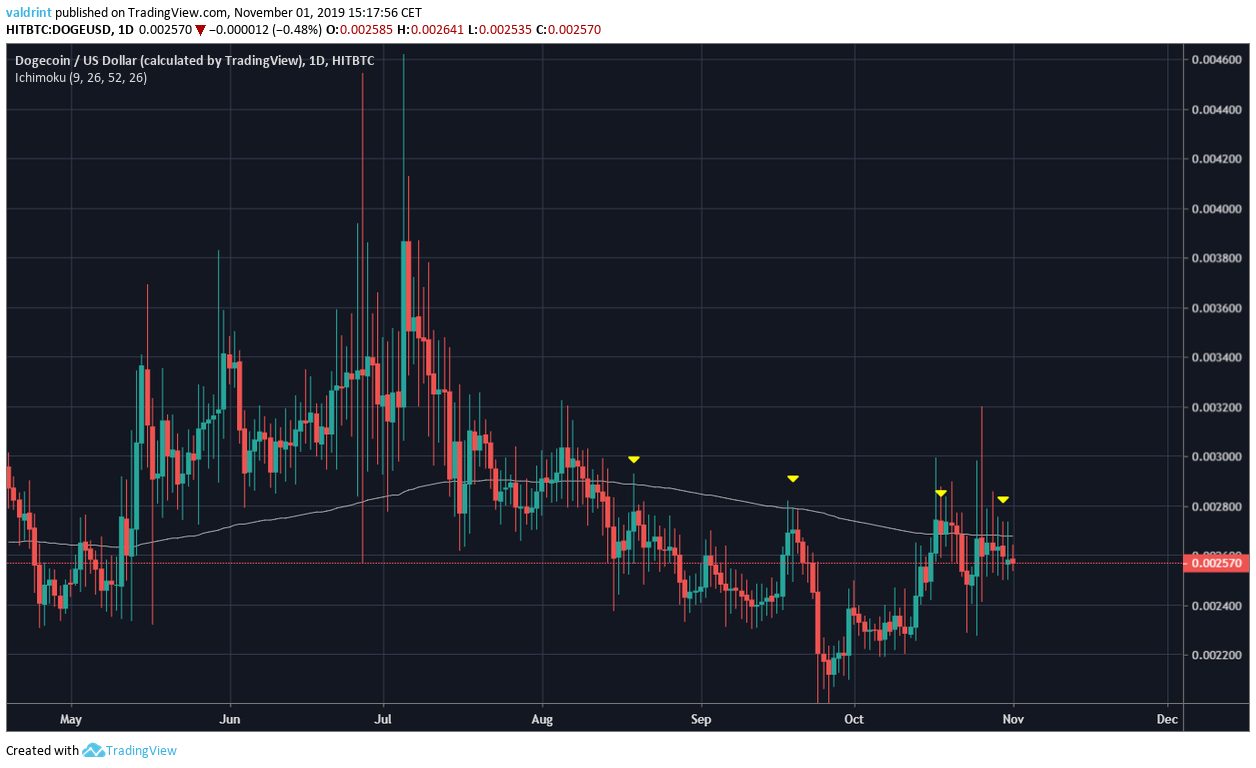 Based on their position relative to the 200-day EMA, NEO seems most likely to continue increasing, followed by DOGE and ETH, while XRP lags behind.