Chances are, if you have invested in anything relating to digital currency, you have also been the target of several cryptocurrency scam attempts. The majority of these stick out like a sore thumb to the typical crypto-savvy user, but a few are much more difficult to detect.

According to a recent report by The Wall Street Journal, almost 20 percent of blockchain-based ICOs display scam-like material in their whitepapers — such as plagiarized content, false claims, or an anonymous team. Bolstering this claim, a report by Bloomberg revealed that over 80 percent of the ICOs launched in 2017 were scams

The report also goes on to state that the majority of investment money was raised by legit projects with legit blockchain technology, though the overwhelming majority of lower quality options were scams of some variety.

If all this wasn’t worrying enough, a plethora of new scams has begun to poison the cryptocurrency market. Let’s take a look at some of the more prolific cryptocurrency scams (2019). 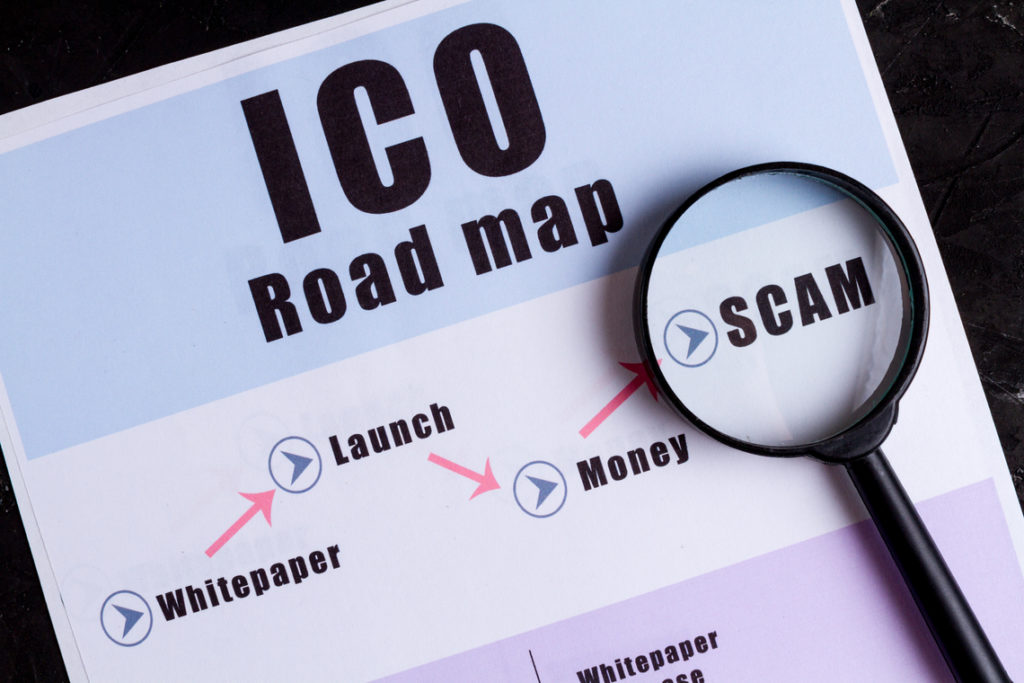 The Pump and Dump

A major way that many new crypto traders are scammed in 2018 is through their participation in ‘pump and dump’ or ‘pump’ groups. These groups are thought to be responsible for the majority of suspicious market movements, particularly those concerned with low market cap coins, tokens, and digital assets.

Pump groups are essentially communities that act in concert to manipulate the price of a token, massively hiking up the price (the pump), before dumping the now-hiked price on unsuspecting traders looking to get in on the action. Pump groups will typically focus their efforts on low market cap coins, as they are far easier to manipulate than large coins such as Bitcoin (BTC) or Ethereum (ETH).

These pump groups are often well organized, specifying the exact time and date the details of the altcoin will be announced, and usually provide specific price targets to reach before initiating the dump.

The truth is, pump groups rarely benefit anybody but the group creators. These organizers will actually buy stashes of these coins before they announce it to the group, setting their sell orders at a price higher than they bought in (but still lower than the aforementioned target price).

Throughout the pumping process, the organizers sell orders are bought out by unwitting participants, netting them a handsome profit, whilst leaving the participants with tokens that typically cannot be sold at or above the price they bought at due to the dump.

How to Avoid Being Scammed

As far as we are concerned, every pump group is a scam. Only the organizers and those in the inner circle are able to successfully profit from this cycle.

Although you may be tempted by positive reviews, feedback, and comments from other members, you can safely assume that these are fake. The safest way to avoid being scammed by a pump group is to stay well clear.

Note: Pump groups are sometimes known as signal groups. Both are equally dangerous. You will lose your money if you play this game. 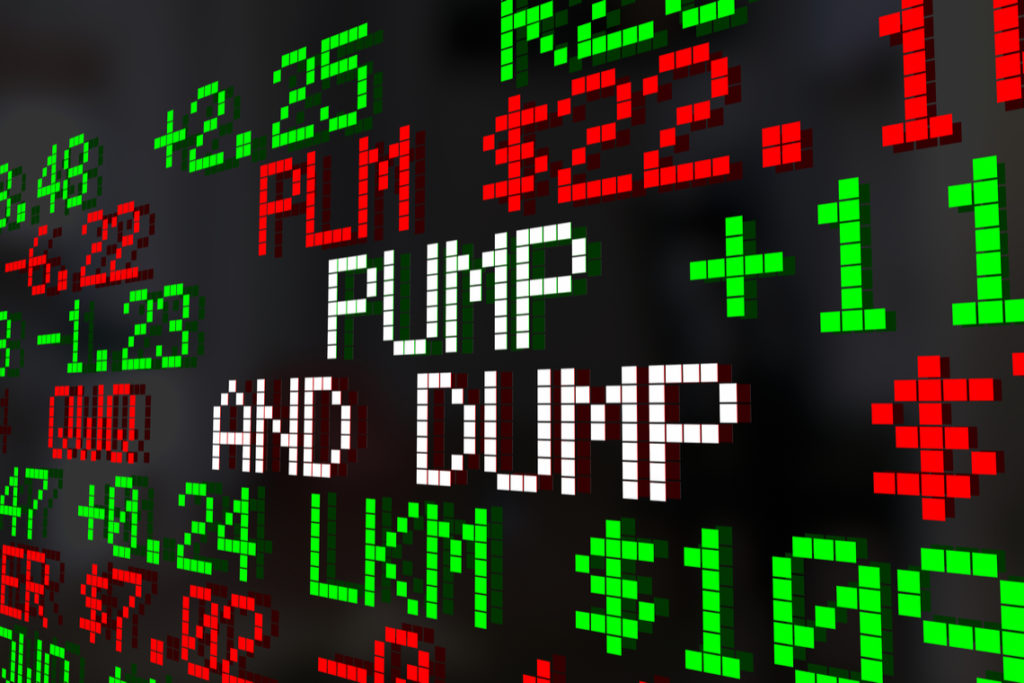 One of the more recent scam tactics is the use of fake ICO tokens as a means to scam unwitting traders and buyers. Unlike many scams which simply prey on less-experienced investors, the fake token scam has the potential to scam the most people.

The typical pipeline of a fake token scam goes something like this:

Besides creating and launching the smart contract, the major crux behind this scam is the advertising. Fake token scammers will often deploy a small army of shills that will promote the token via social media, forums and Telegram communities to gather interest.

Unsuspecting traders lured in by the false news are then tricked into trading their valuable cryptocurrencies for worthless copycat tokens. One ICO that has been notoriously plagued by fake tokens is Multiversum, a self-proclaimed fourth-generation blockchain. 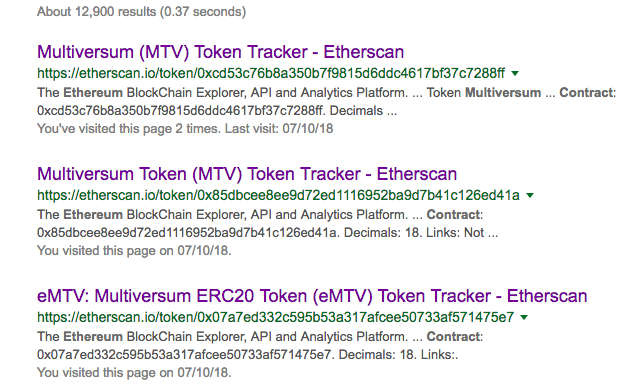 How to avoid being scammed

Avoiding fake token scams is relatively simple, but may involve significantly changing the way you conduct your cryptocurrency trading.

As far as can tell, fake tokens are always listed at peer-to-peer decentralized exchanges

Cryptocurrencies are on their way to global penetration, as their prominence continues to grow, and people find more use for... More due to the extremely lax listing rules they employ. Using more reputable exchanges will likely eliminate your risk, but if you must using a DEX, double check the smart contract address with an official source first.

Don’t be afraid to ask yourself: What would an institutional investor do? 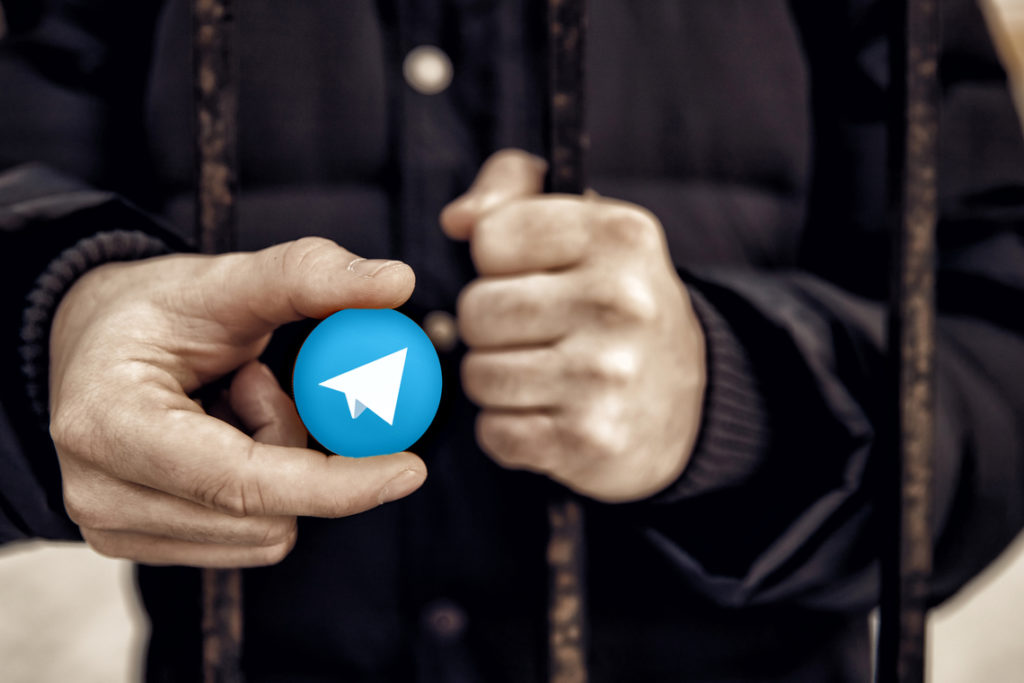 As Telegram continues to grow as the medium of choice for ICO and blockchain communities, the number of scammers using the platform has grown in tandem.

If you have invested in an ICO in the last 12 months, the chances are you have also joined the Telegram community of one or more projects. Telegram allows projects to maintain a more close-knit community with their investors and provide a great platform through which to provide customer support.

With most ICOs looking to position themselves with a large following on Telegram, it is little wonder that scammers are also beginning to contort this growth towards more nefarious purposes.

These scammers mimic the user title, avatar and sometimes username of a bona fide admin in an attempt to appear genuine — often only being distinguishable by the lack of an admin stamp beside their name.

Typically, the scam works by impersonating an admin of a popular ICO or blockchain startup and messaging the members of the group to solicit ‘investment.’ In order to entice the user to act quickly and prevent them seeking confirmation elsewhere, they will offer a bonus if they purchase immediately.

Telegram impersonation scams are most common during an ICO’s funding rounds. If the project is large enough, you will almost certainly be targeted by this type of scammer shortly after joining its Telegram community.

How to avoid being scammed

Very few ICOs will directly reach out to Telegram group members without announcing it first in the main discussion group. If you receive a direct message from somebody claiming to be an admin, request that they prove it by posting a message in the main group. Admins will have a small grey stamp next to their name which cannot be faked.

If they cannot provide this proof, do not believe anything they say. Odds are you are talking with an imposter.

Have you ever been targeted by one of these cryptocurrency scams? Or have you seen a new kind of scam rise up in 2018? Let us know in the comments below!

With initial coin offerings, the success story is definitely the exception rather than the...

An obscure altcoin called '999' is currently sitting at $519M market capitalization after pumping-and-dumping...

Will TRON & BitTorrent's 'Project Atlas' Take P2P Sharing To The Next Level?