When Will Bitcoin Break Free of the Bearish Blues? (Price Analysis for BTC: March 6)

The price of BTC on Bittrex is analyzed in 1-Hour intervals from Feb 26 to Mar 6. 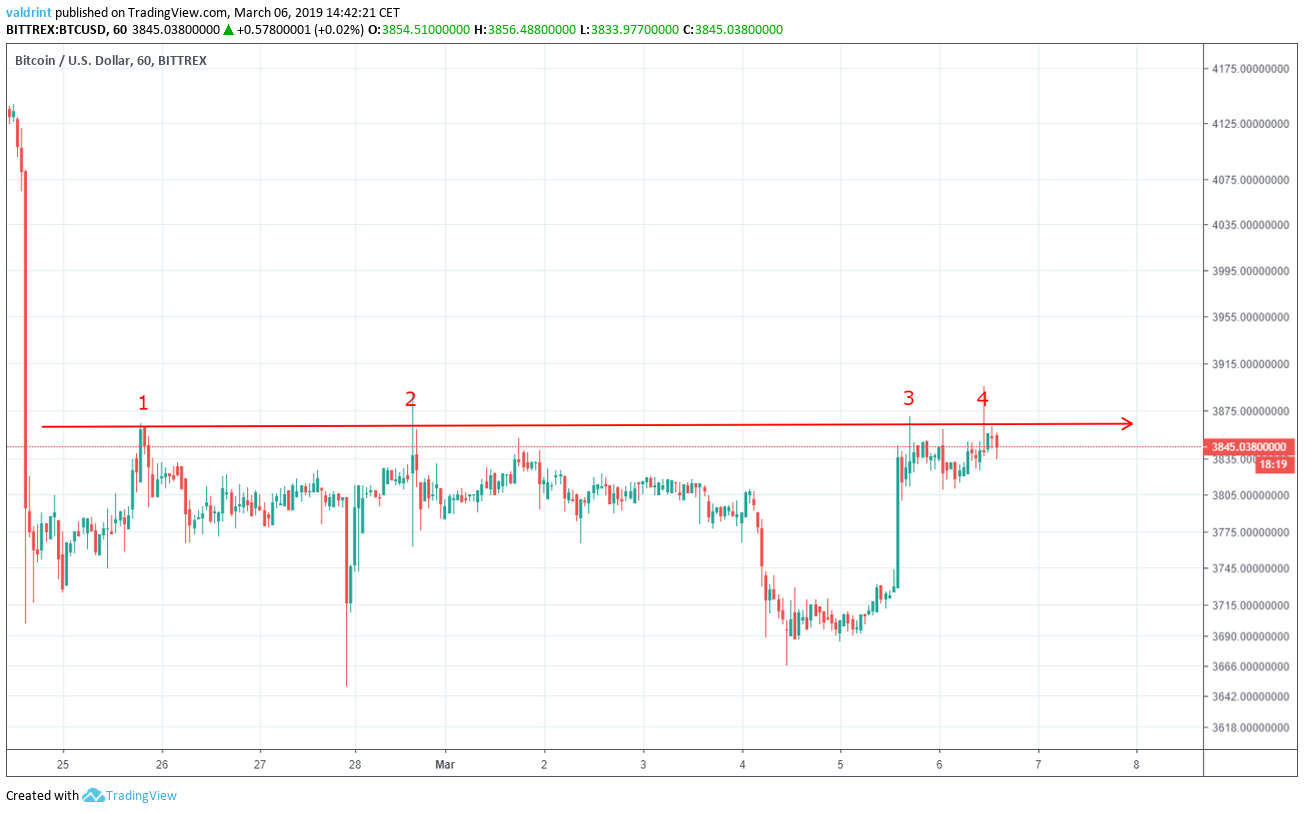 The price rebounded to a level close $3870 on Feb 25. The price reached the same level several times. The horizontal resistance line is created by tracing these successive highs.

A resistance line can act as a ceiling to price, preventing movement above a certain level. However, a breakout above can initiate a rapid upward movement. 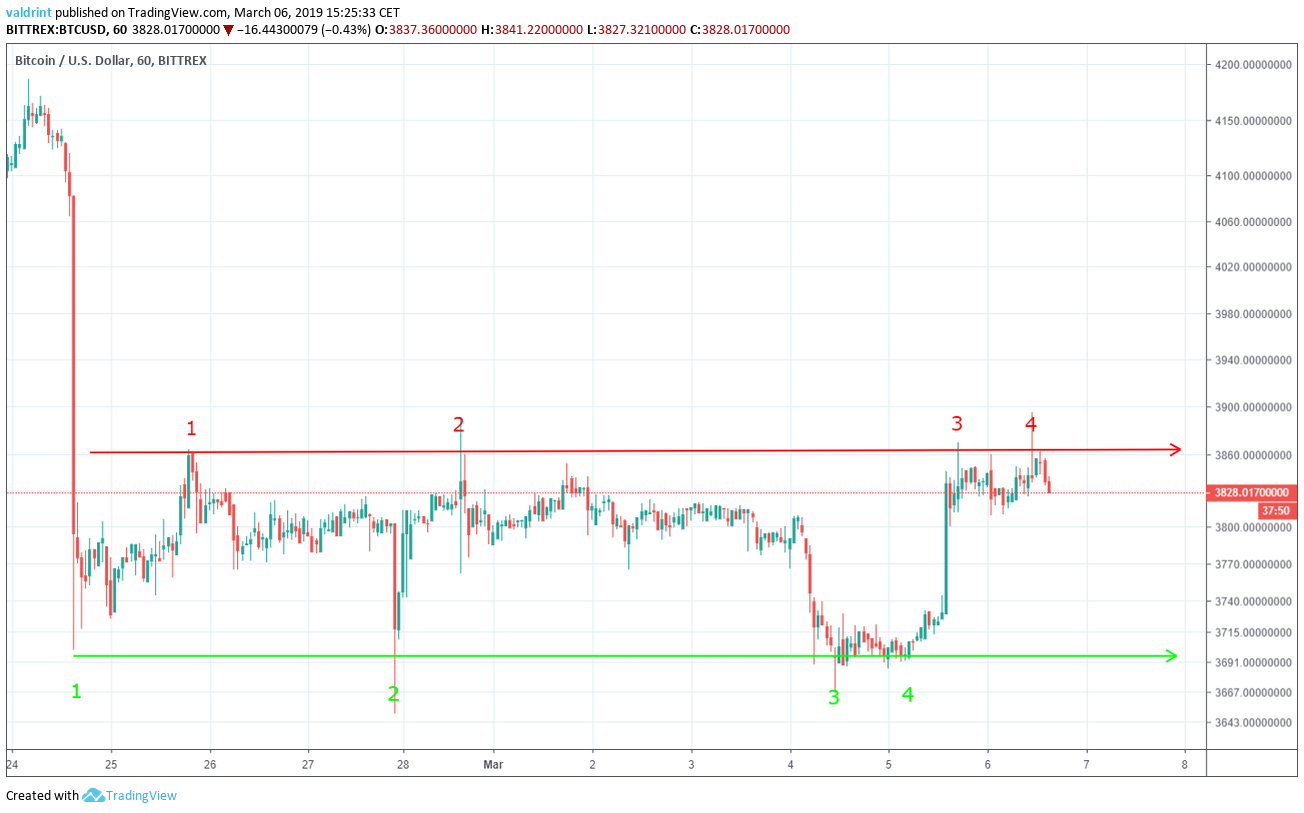 After the crash on Feb 24, the price made a bottom at close to $3670. It revisited the same level three more times until Mar 6.

The horizontal support line is created by connecting the successive lows. The line was touched four times. The breakdowns by a wick can be ignored in a volatile market. The price of BTC traded inside the channel without significant fluctuations from Feb 24 to Mar 5.

On Mar 5 it initiated an upward move that took it to $3870. The move occurred within 11 hours and represented an increase of 4.5% The magnitude and speed of the increase suggest that the downward movement may be over and further increases in price may be forthcoming. Since the beginning of the upward move on Mar 5, the price has been trading at around the same level since. In contrast, the MACD and RSI have made successive lower highs.

This is called bearish divergence. It often precedes drops in price. The use of divergence in the RSI and the MACD combined with the use of support/resistance lines can be effective in predicting a reversal.

Predictions can be especially precise if there is bearish divergence in a resistance line and both indicators are in agreement.

Given the above information, the price of BTC may trade inside the channel for a period of time before ultimately breaking out.

How long do you think the price of BTC will trade inside the horizontal channel before it breaks out? Let us know in the comments below, and check our long-term Bitcoin Price Predictions here:

Disclaimer: The contents of this article are not intended as financial advice, and should not be taken as such. BeInCrypto and the author are not responsible for any financial gains or losses made after reading this article. Readers are always encouraged to do their own research before investing in cryptocurrency, as the market is particularly volatile. Those seeking financial advice should consult with a certified financial professional.