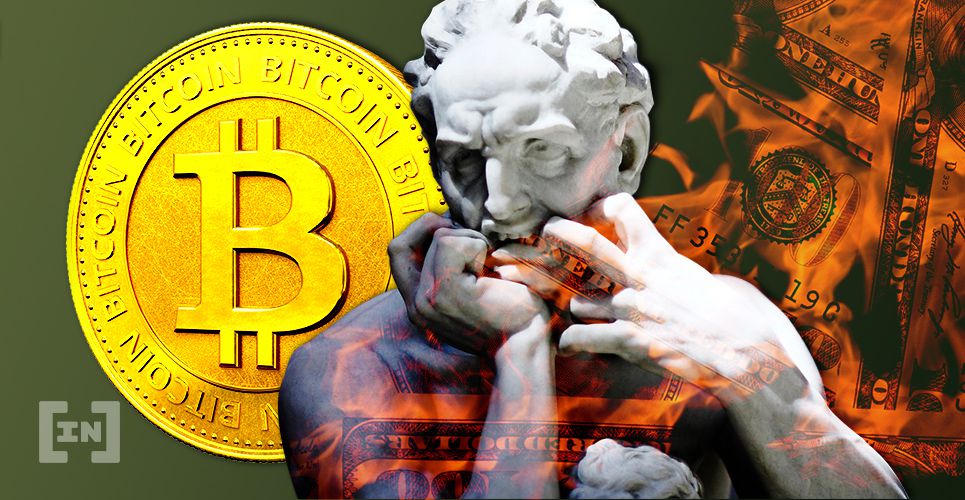 Notable Bitcoin advocate Pierre Rochard took to Twitter to stir up discussion on the fact that the US Dollar has failed as a “savings technology.” While this obviously brought out calls of support for cryptocurrency, it is a hard truth that fiat currencies have become ineffective means of retaining value.

Due to inflation the USD has become completely unusable as a savings technology, everyone has to immediately invest or consume.

This statement was largely met with approval in the Bitcoin community, as most are increasingly disillusioned with state-backed forms of currency. This comes with a growing awareness that operating outside of traditional fiat is a lucrative option.

Even better: it's basically mandated that you accept your wage in consumption tokens, anything else is viewed as "unsavory" or "illegal".

How often have people heard the phrase "you have to put your money (FIAT) to work!" That's because it will be worth less over time if you don't.,

Everyone knows this. – This is not news!#bitcoin.- guess what your money can be money and work for you!

While it isn’t surprising that the cryptocurrency community are already on board with this idea, the truth is that the US Dollar has lost the vast majority of its value over the last 100 years, and continues to do so to this day. This can be well represented by the loss in the purchasing power of USD, charted over the last century:

The cause behind this is of course inflation. The United States Federal Reserve prints more USD every year, a practice which Cameron Winklevoss recently called out as 20 trillion reasons to own Bitcoin, as BeInCrypto has previously reported. Due to the inherent deflationary nature of Bitcoin and many cryptocurrencies, it is believed to be perfectly positioned to act as a hedge in the face of a future global recession.

While much of this is preaching to the choir for cryptocurrency advocates, it can be important to disseminate this information to a wider audience, as many still hold large amounts of cash as savings. Getting more people to put even some of that into digital assets could help individual citizens and the cryptocurrency market alike.