Stratis Will Increase Rapidly If It Moves Above 4500 Satoshis, Predicts Trader

Stratis has been trading in a range since August 2019. This movement has the characteristics of the consolidation phase, after which a new bullish market cycle is expected to begin.

The trading range of this consolidation has a magnitude of 40%, and the price has tested both the resistance and support areas several times. At the time of writing, it was moving upward towards the resistance area.

Full-time trader @CryptoMichNL noted that the Stratis price has been holding above a strong support area and has shown signs of moving upward.

This one is nicely holding the green zone for support here.

However, the real party kicks off when the 4500 area is broken upwards. Then it breaks the range. pic.twitter.com/MwOjV2UPJN

Additionally, he suggested that a breakout above the 4500 satoshi resistance area would probably accelerate the rate of increase.

Let’s take a closer look at the price and see how likely this is to happen.

First, the Stratis price reached the long-term support area at 3000 satoshis in August 2019.

This was almost an all-time low, coinciding with the lows reached in 2016, which was the bottom before the 2017 upward move.

This suggests that this is a very suitable level to make a low and initiate a reversal, as we have suggested in our previous article. 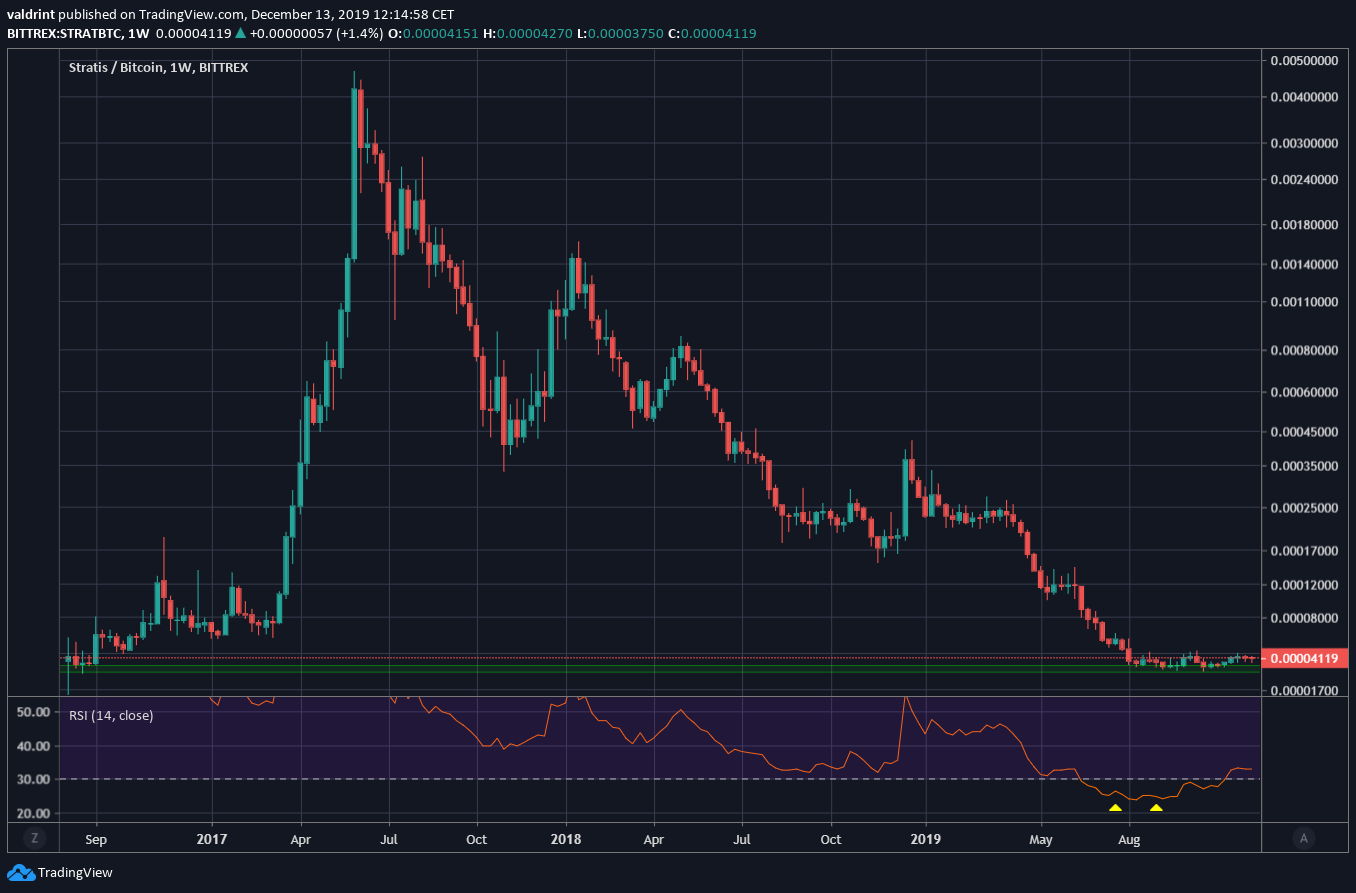 Looking closer at the movement, we can see the trading range, consisting of two support and one resistance area.

The resistance area is found at 4500 satoshis and the price has not reached it since November 30. 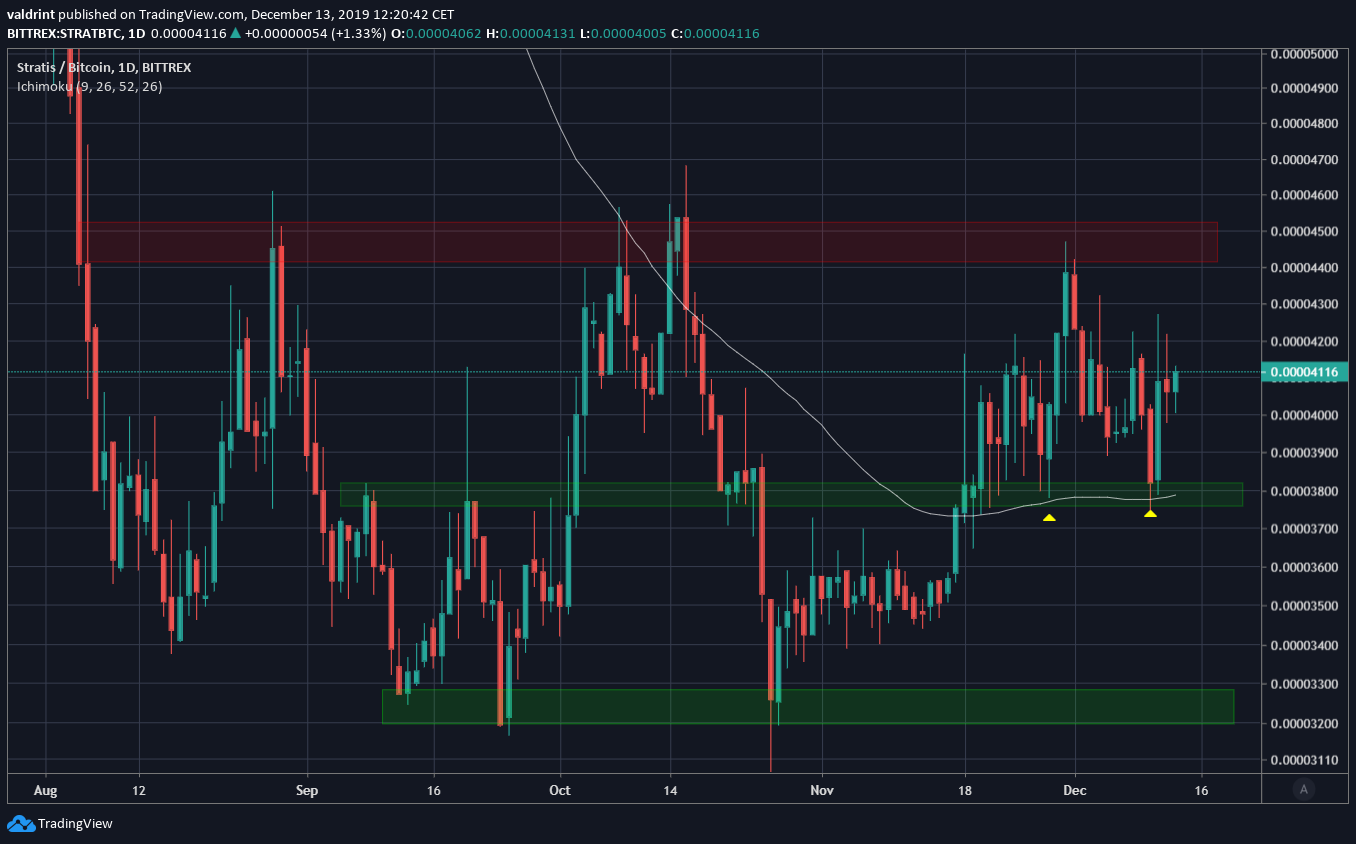 On December 11, the Stratis price broke out above the descending resistance line that had been in place since the beginning of December.

The breakout transpired with significant volume, increasing the validity of the movement. Afterward, the price returned to validate the descending resistance line, a common movement after breakouts. 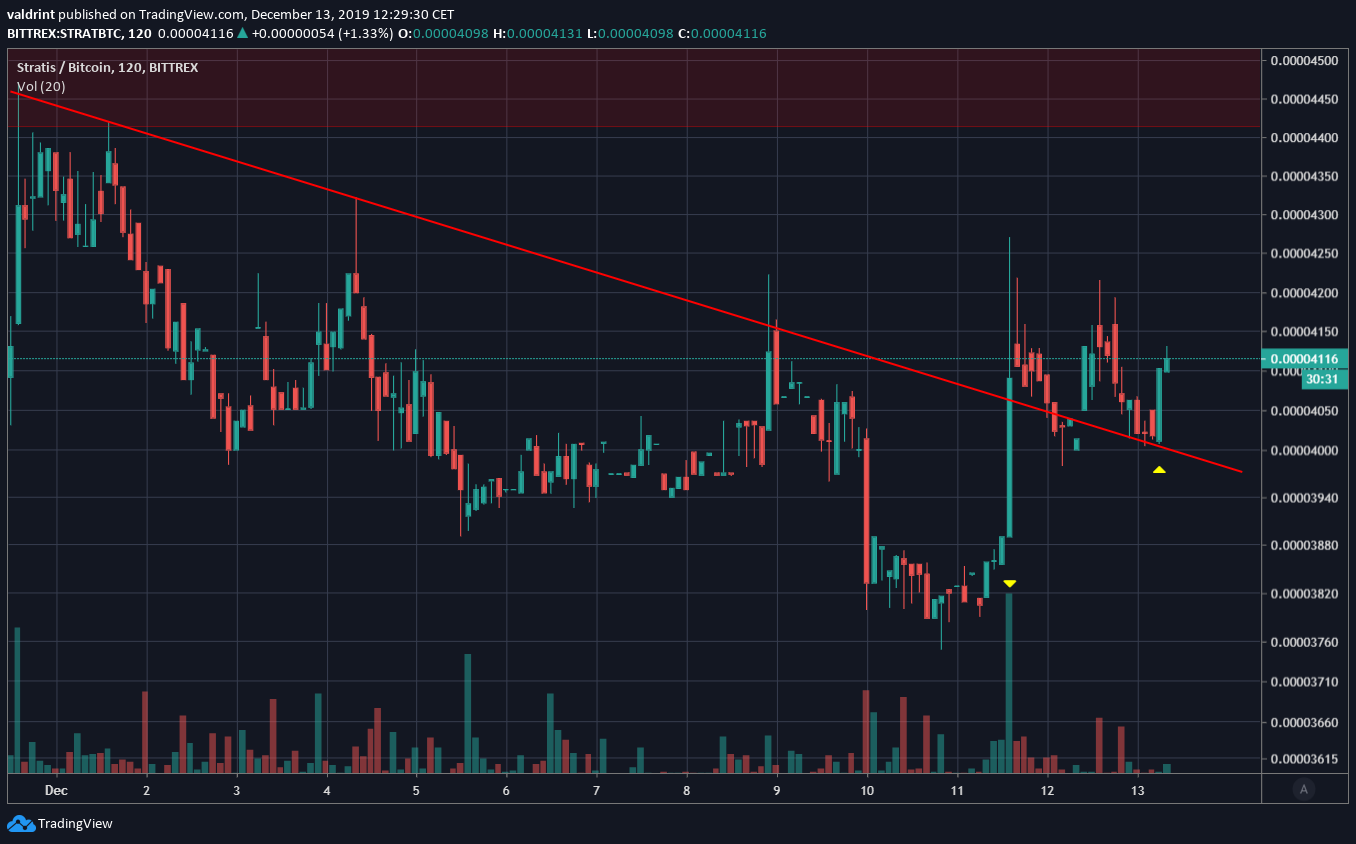 To conclude, the Stratis price is likely consolidating before beginning a new market cycle. A decisive breakout above 4500 satoshis is expected, confirming that the new cycle has begun.