Trader @Anbessa100 tweeted a STEEM price chart that shows an ongoing breakout from a long-term range. If the breakout is valid, it seems that STEEM just has begun a bullish trend.

Patience is a good thing you know pic.twitter.com/uke0SVMF0p

Will STEEM continue its upward movement? If yes, what target will it reach? Keep reading below if you are interested in finding out.

The STEEM price had been making all-time lows since April 2019. In August, it reached values near 1500 satoshis — eventually settling on the current all-time low of 1340 satoshis, which could not be sustained. The entire period from August to December was combined with a strong bullish divergence in the weekly RSI, which was also in oversold territory. The current weekly bullish engulfing candlestick has caused the RSI to move above the 50-line, confirming the effectiveness of the divergence and causing the price to break out from its consolidation range. 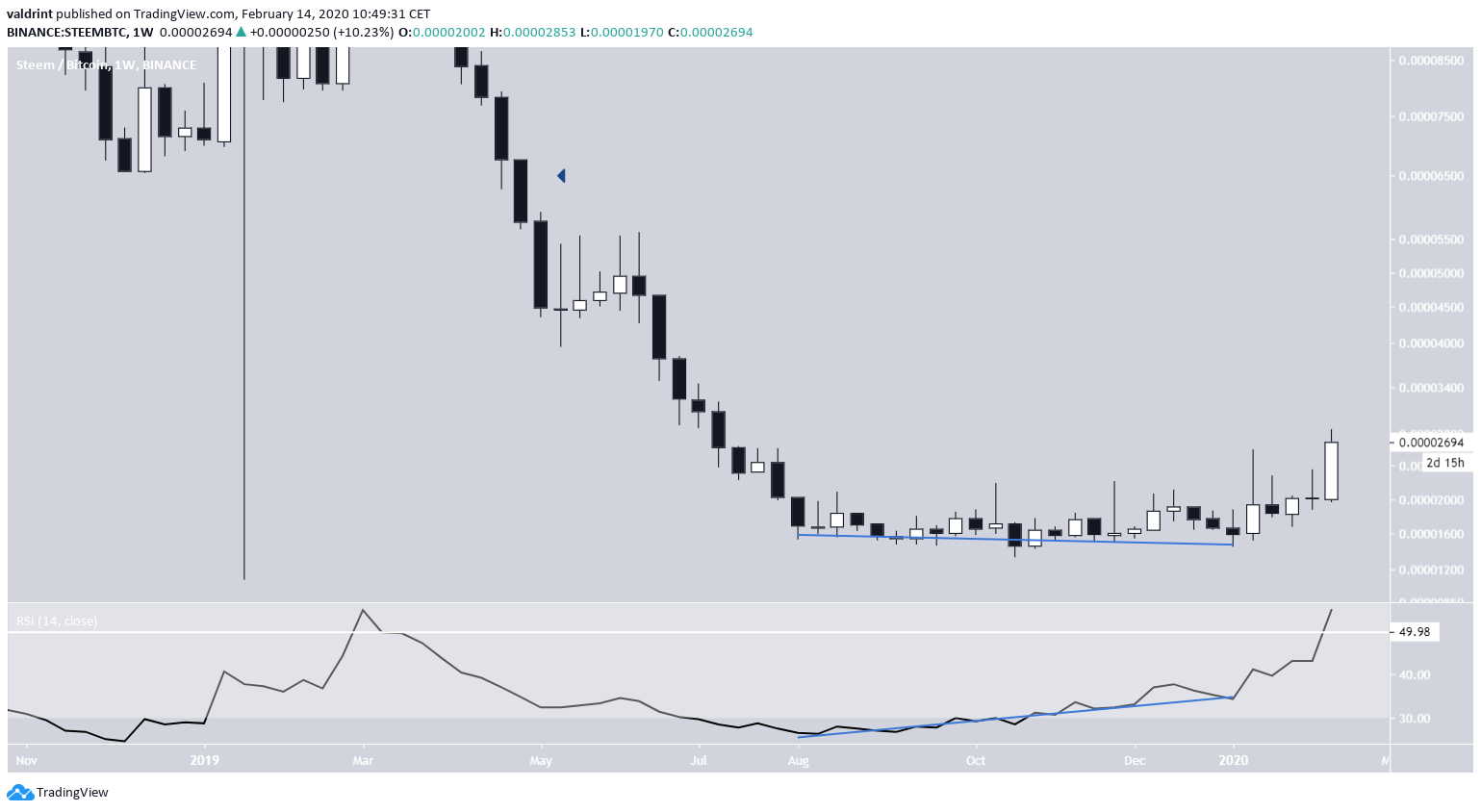 Using a Fibonacci retracement tool on the decrease beginning in March, we can see that the closest resistance areas that could initiate a reversal are found at 4400 and 6300 satoshis, found from the 0.236 and 0.382 Fib levels. 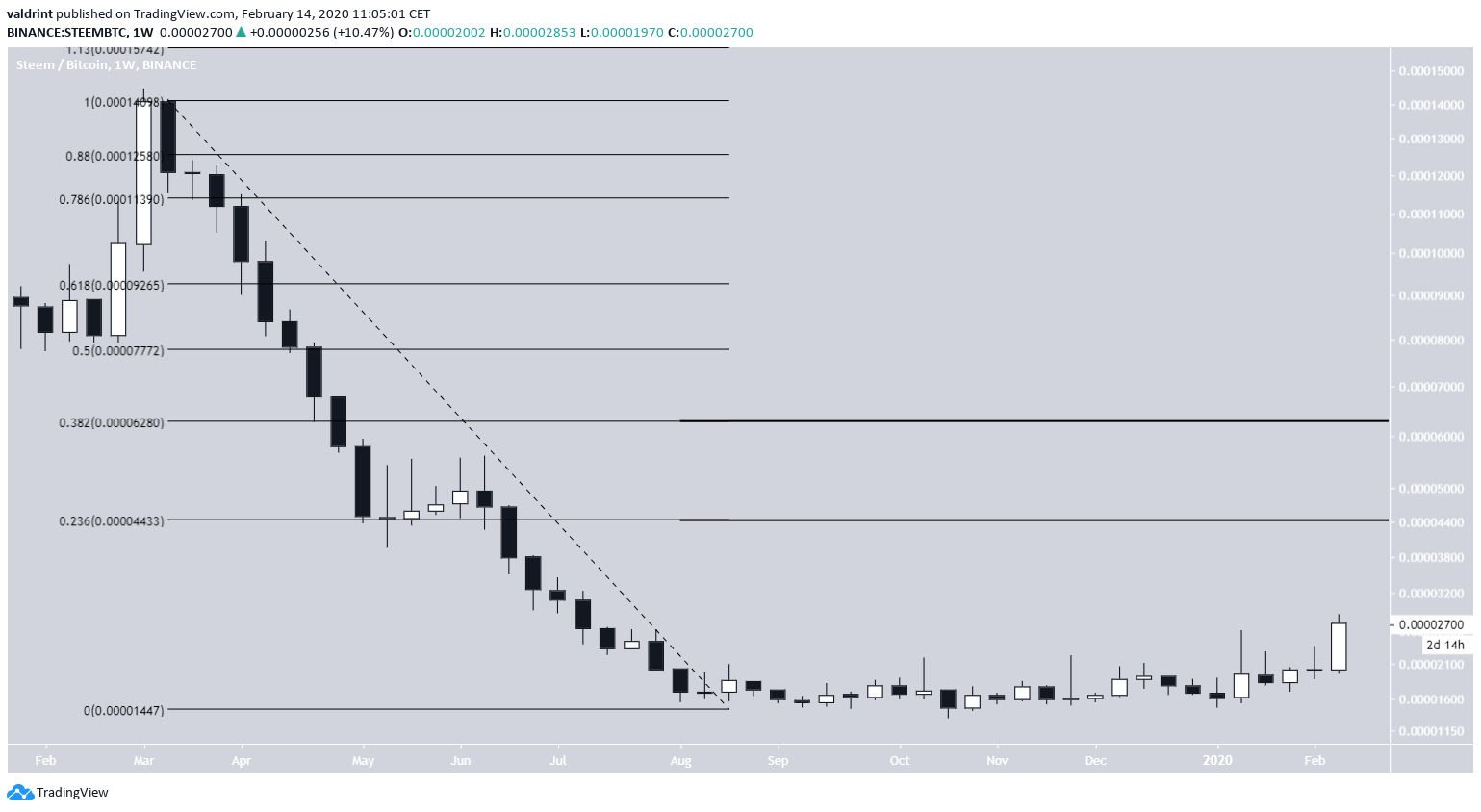 The daily outlook also provides an extremely bullish picture. The resistance area, from which the price broke out was found at 2200 satoshis, is likely to act as support in the future — while the next resistance area is found at 3000 satoshis. Volume was extremely high on the first breakout attempt on January 18 and relatively high on the actual breakout. A bullish cross between the 50- and 200-day moving averages (MAs) has transpired on January 26 — which, when combined with the breakout, confirms that the STEEM price has begun a bullish trend. 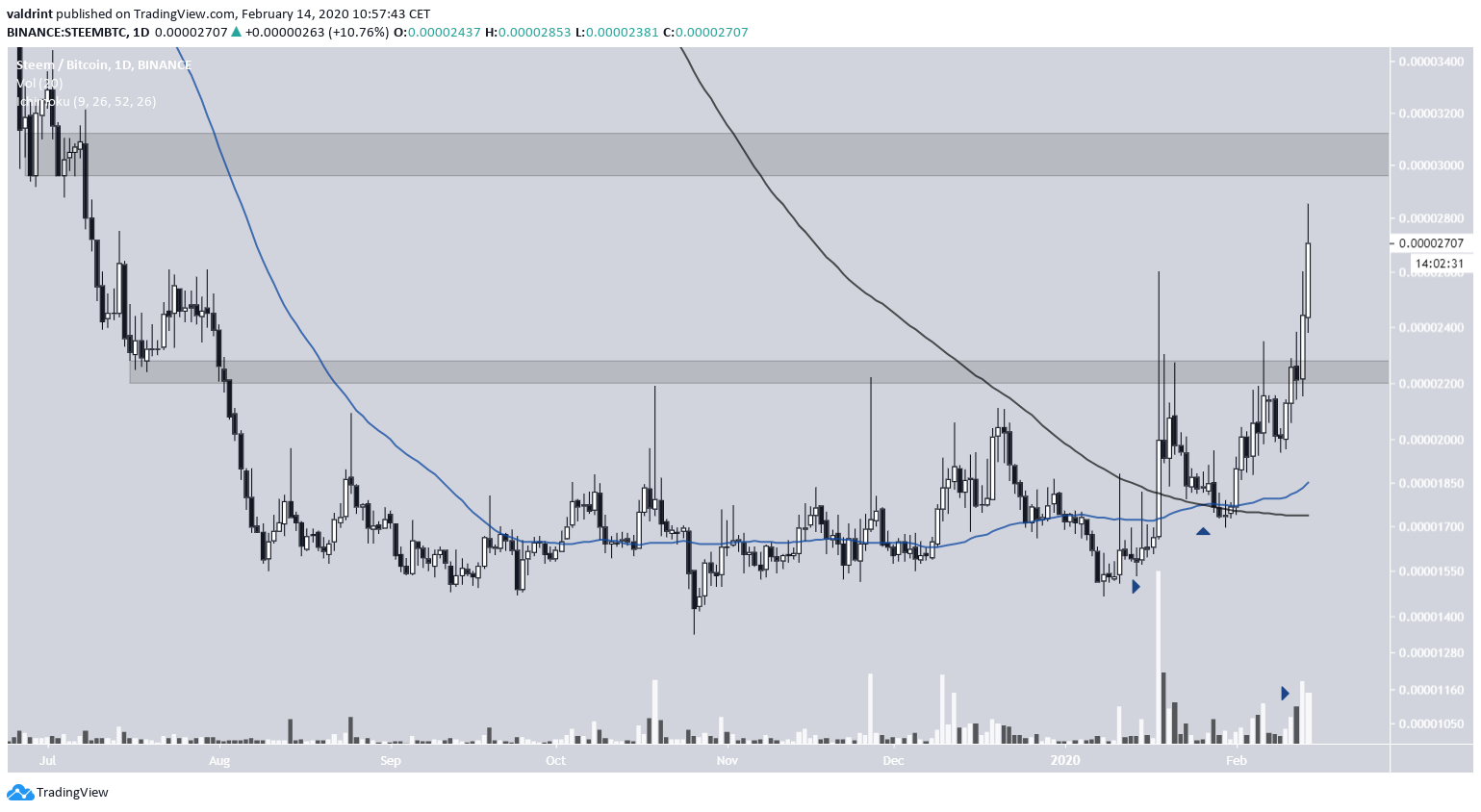 We can confine the STEEM price movement since January 13 inside an ascending channel. The price is currently at the resistance line of this channel, having created two long upper wicks. However, there is no trace of bearish divergence yet — so we are presuming that STEEM will continue its upward movement towards 3000 satoshis. If the price continues to increase at the rate predicted by the channel, this area should be reached at the beginning of March. Afterward, the STEEM price could return to validate the breakout level and the ascending support line. 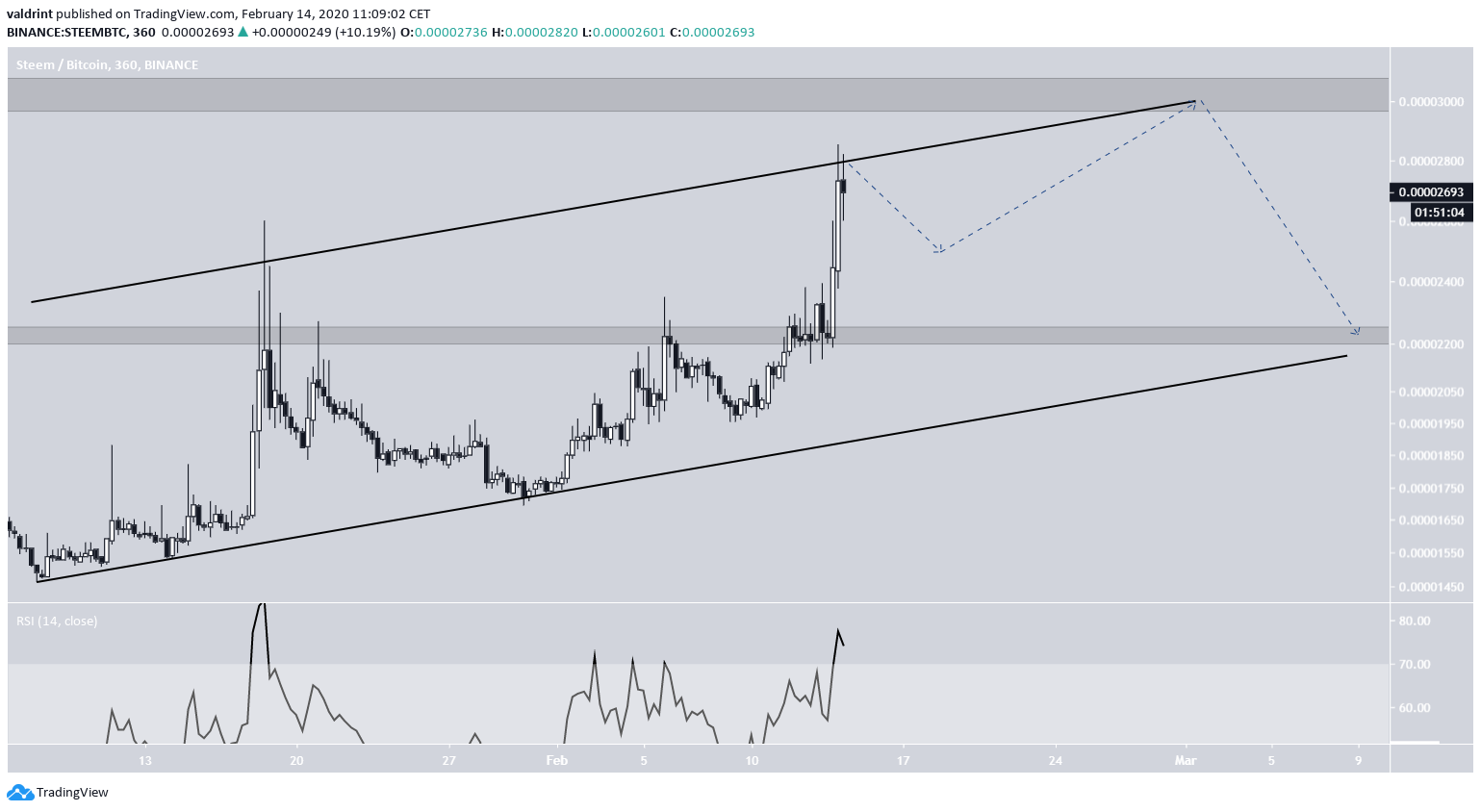 To conclude, the STEEM price has broken out above a significant resistance area. We believe this was the beginning of a longer-term upward trend.