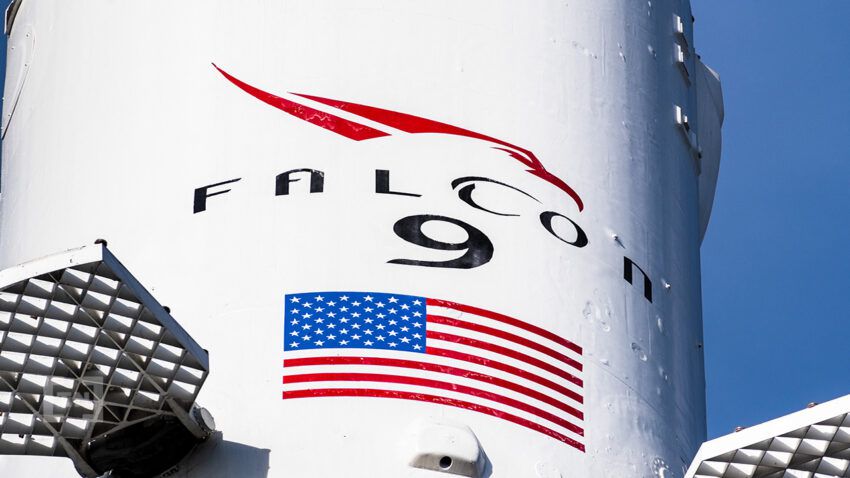 A crypto satellite the size of a coffee cup has made its way to low Earth orbit bringing blockchain-related cryptography to space.

Cryptosat is on a mission to build satellites that power cryptographic, blockchain, and ledger applications. “We believe that satellites possess unique properties that make them well suited for these tasks, and by launching these platforms into space we can unlock new and exciting opportunities in the realm of computing,” the company said.

“We’re basically joining the Uber of spaceflight,” said Yonatan Winetraub, the co-founder of Cryptosat. “Everybody goes into the same orbit, and we’re one of the passengers.

“SpaceX launched a bunch of satellites, each one of them is doing something else. It doesn’t matter for our service. We are hoping to use our satellite to provide cryptographic services for our customers here on Earth, which won’t interfere with the other satellites at all.”

“Working with a space asset is not the same as working here on Earth,” said Cryptosat’s Yan Michalevsky. “On the ground, if something goes wrong, you just open a terminal and debug it. When it happens in space, that’s not always available.”

He also said that the launch will mark the first independent cryptographic system “not dependent on other satellites by other companies.” And the company expects to set up zero-knowledge-proof protocols in the future.

Michalevsky added: “There’s a lot of need for this. If we’re looking into protocols, especially in Web3, there are whole financial systems and smart contract systems, kind of digital legal agreements that depend on the trustworthiness of the cryptography behind it.”

Michalevsky also explained that space communication would be conducted via radio frequency, making the systems out of reach for hackers operating from Earth.