In the crypto world; a ‘fork’ is essentially a change in the protocol of a blockchain. Since cryptocurrencies run on... More. However, what the tax authorities shared only leads to more questions and confusion.

According to a new document from the IRS, the independent agency seems to understand that cryptocurrencies are decentralized digital assets and how the underlying blockchain technology works, claiming that they are independent networks that can “record, share, and synchronize transactions, the details of which are recorded in multiple places at the same time with no central data store or administration functionality.”

However, any knowledge past that is strained at best, despite their desire to regulate such an industry. 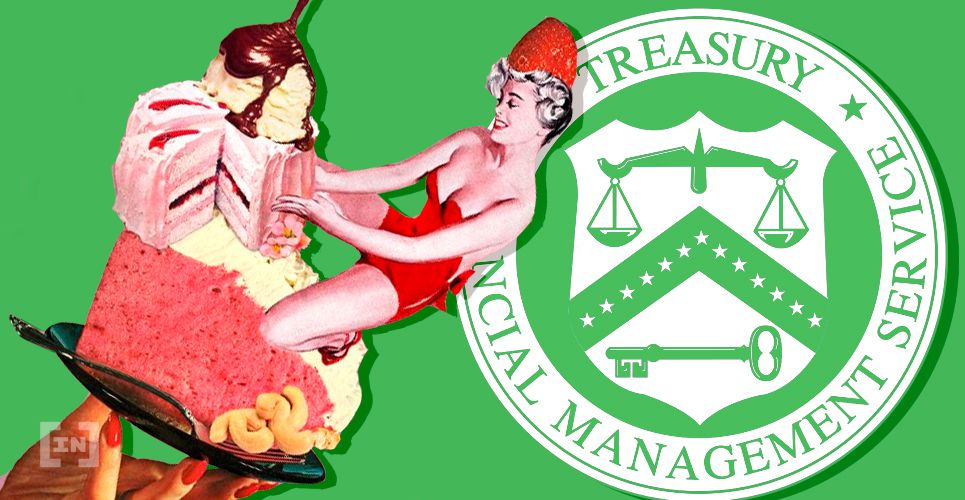 Crypto is a rapidly expanding space and new ways to distribute tokens are continually being developed. Airdrops are used by... More of a new cryptocurrency following a hard fork if the taxpayer receives units of new cryptocurrency?

The first is asking if, say, one trader holds the fictional asset CryptoCoin. If CryptoCoin were to hard fork, and the trader doesn’t receive any airdropped assets from that fork, did they experience any gross income? Well, considering they didn’t gather any assets, one could assume that no, there’s no income to tax. After all, the document itself defines gross income as “income from whatever source derived, including gains from dealings in property.” Further down, the IRS states that this is indeed the case.

However, the document then notes that “Under § 61, all gains or undeniable accessions to wealth, clearly realized, over which a taxpayer has complete dominion, are included in gross income,” which leads us into the second issue. If CryptoCoin hard forks and the trader does receive the new assets, it’s considered gross income and entirely taxable. This is problematic for a myriad of reasons, as popular Twitter user in the cryptocurrency space Jameson Lopp (@lopp) notes.

Today's IRS guidance is a hot mess.
1. What if you have keys but no software from which to spend the asset?
2. What if you never sell or transfer the asset and it drops 90% in value?
3. What's the value if the asset isn't even trading at the time of fork?https://t.co/jJ5SdXU72i pic.twitter.com/SpTOIOKqg0

Say that a trader receives assets from CryptoCoin’s hard fork, but doesn’t want them, can’t access them, or maybe they aren’t even tradable yet. Under these rulings, it doesn’t matter. These new airdropped assets are taxable gross income. Things get even more blurry with the latter situation, especially, considering that if an asset isn’t tradable, what value is there? How can it be taxed?

Especially worrisome is Lopp’s second concern, that an asset price drops hard after acquiring it. Under current regulations, cryptocurrency trades are taxed at market value during the time of the trade. So, if the trader does nothing with an airdropped asset after its acquisition, and it drops 90%, they’re still to be taxed on the value it was initially. Or so it seems, under this new guidance. It’s not entirely clear.

Neeraj K. Agrawal (@NeerajKA), from CoinCenter, brings up the fact that a simple hard fork can now induce tons in taxes from asset holders.

Just to be clear:

The concerns that this could allow anyone to create a massive tax liability for other people by simply forking or airdropping a coin are totally valid.

This is not good.

Bruce Fenton (@brucefenton), the CEO at Atlantic Financial, jokes about the scenario as well. Unfortunately, while it is a joke, this could very well happen.

It’s a Bitcoin fork that gives me an extra 1 million coins. I’ll sell one sat to you for $300.

Also: I’m sending a 12 word seed phrase poem to each member of Congress right before the fork.

This was my read as well. IRS needs to fix this, clarify guidance. Doesn't make sense in current form. https://t.co/39N2eV2VKM

What Does This Mean for Traders?

As of now, no matter how traders receive these digital assets, they’ll be treated as taxable gross income. With all of this backlash, we can expect the IRS to either end up changing these guidances or at least clear them up a bit. After all, traders do not always have “complete dominion” over receiving an airdrop.

A few months ago, BeInCrypto reported on the IRS hunting down cryptocurrency tax evaders. But with regulations as unclear as these, one has to wonder how many traders are evading without even realizing it.

What do you think about these new guidances? Does the IRS have any idea what they’re talking about? Let us know your thoughts in the comments below.