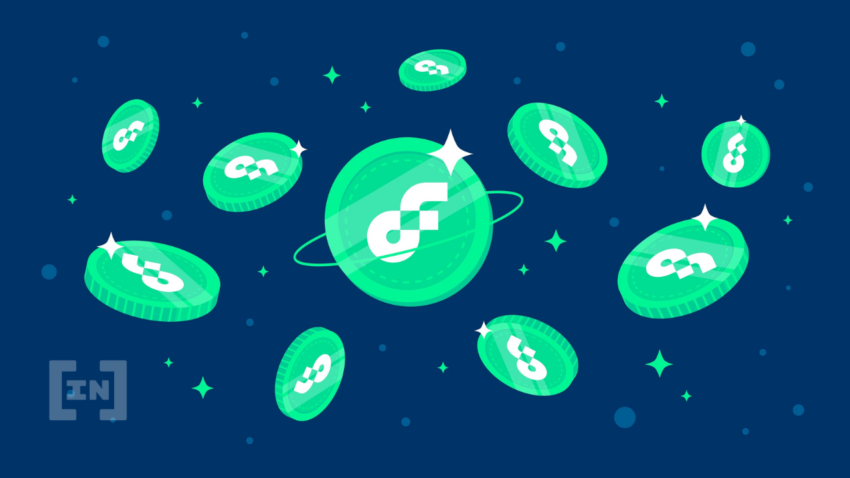 Be[In]Crypto takes a look at the five cryptocurrencies that decreased the most last week, including Flow (FLOW).

More importantly, the decreased caused a breakdown below the $1.10 horizontal area, which had previously been acting as support since May 2021.

The next closest support area is at $0.615, created by the 1.61 external Fib retracement resistance level.

FLOW has been decreasing gradually since July 30. The downward movement has so far led to a new all-time low of $1.37 on June 16.

It is possible that FLOW has been decreasing inside a descending parallel channel since April 2. More recently, the channel rejected the price on June 10 (red icon).

In this case, the closest support area would be at the middle of the channel at $0.70.

Similarly to FLOW, CRV is trading inside a descending parallel channel. It has been doing so since the beginning of Feb.

Additionally, the daily RSI is oversold. However, CRV is currently at the support line of the channel (green icon), increasing the possibility of a bounce.

If one occurs, the closest resistance area would be at $1.15, the middle of the aforementioned channel.

WAVES has been falling since reaching an all-time high price of $69.88 on March 31. The decrease has been swift, with the price having decreased by 93% so far.

WAVES is at risk of breaking down from its June lows, something that could further accelerate the rate of decrease.

In the period between Nov. 2021 and March 2022, GNO created a triple top pattern (red icon). This is known as a bearish reversal pattern.

Due to GNO being at an all-time low, there is no support below the current price.