Ethereum And XRP Could Lead the Way to an Altseason, Says Analyst

The dominance of Bitcoin’s (BTC) market cap has been steadily increasing since January 2018. A lot of this can be attributed to the series of positive developments for BTC, which have been somewhat lacking in the rest of the industry. However, since the beginning of September, we have had seven consecutive weeks in which Bitcoin’s dominance has decreased. Could this be good for altcoins like Ethereum?

This has caused many to call for the beginning of the much anticipated “altseason,” in which altcoins experience significant, rapid gains. While we cannot yet say with certainty that it has begun, we believe some altcoins have very good potential for moving upward.

As stated by @paddystash, this has been the seventh consecutive week in which the altcoin dominance has been increasing.

Since about the beginning of September, all the major alts have been moving higher against #bitcoin. Altcoin dominance is now on its 7th Consecutive GREEN week. THe locomotive is starting slow, but there is no denying its beginning. Here are some of the top alts to show you. pic.twitter.com/BL7sBUJ8N1

Additionally, two coins are outlined which could possibly be the initiators of this movement: XRP and ETH.

For Ethereum, the future holds several exciting projects, most notably the next iteration of the Ethereum blockchain, called ETH 2.0, which could be released in the first quarter of 2020, as BeInCrypto has previously reported.

Let’s look at the movement for both of them and gauge their potential.

XRP fell to a very significant support area at 2500 satoshis, which excluding for a one week period in December 2017, has been providing support for more than two years.

The technical indicators show strong bullish divergence in the weekly RSI along with a bullish cross in the MACD. This likely suggests that the price will continue moving upward.

This is the 7th consecutive week that the price has been increasing. The closest resistance area is found at 4150 satoshis. 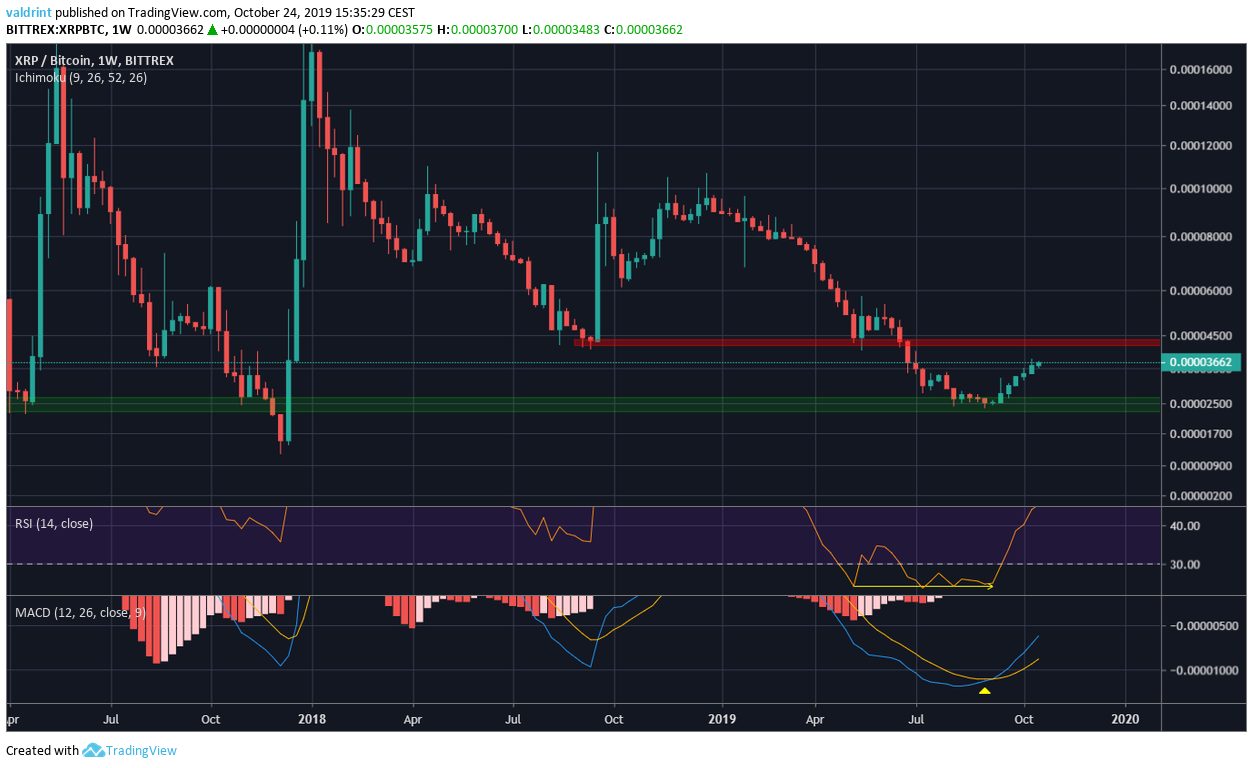 Ethereum broke down from a very significant support area at ₿0.0265 in May. However, it is trading inside a descending wedge, which is a bullish pattern.

Both the RSI and MACD show strong bullish divergence which has been developing for a significant period of time.

However, the price will likely find resistance at the previous support area at ₿0.0265, which makes a breakout very difficult. 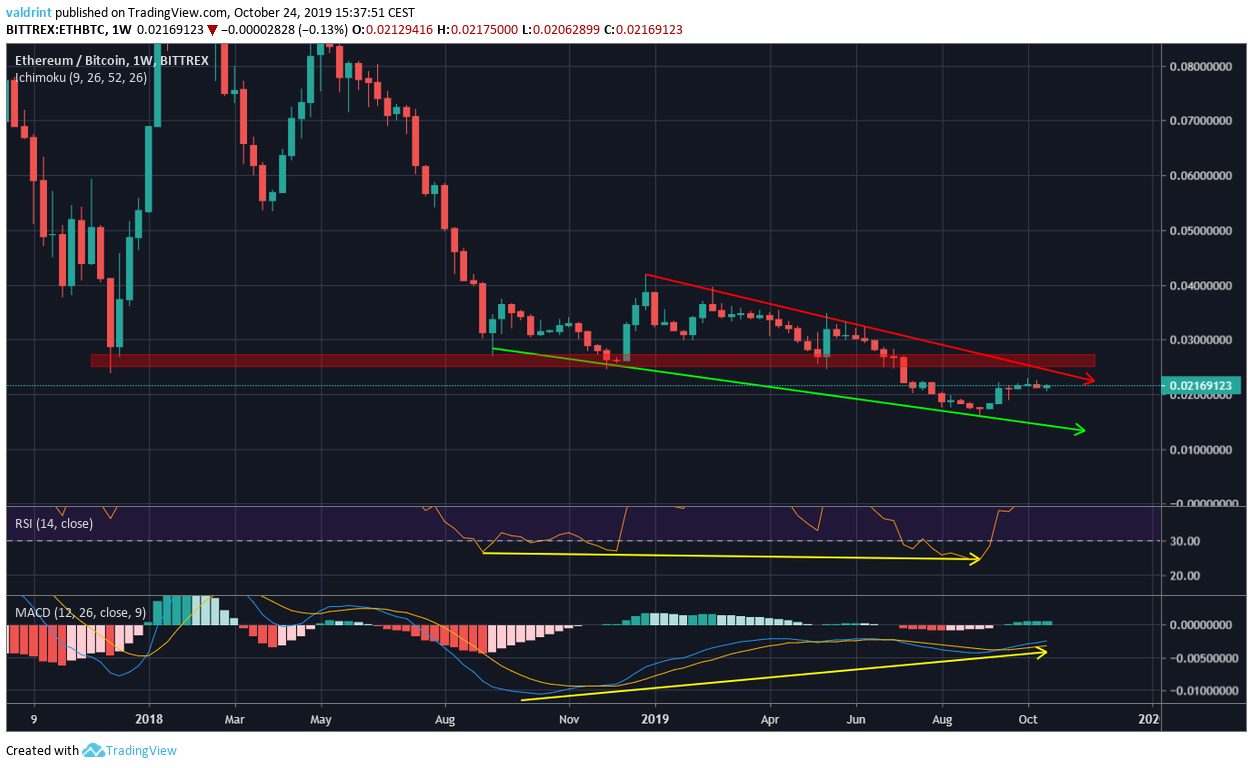