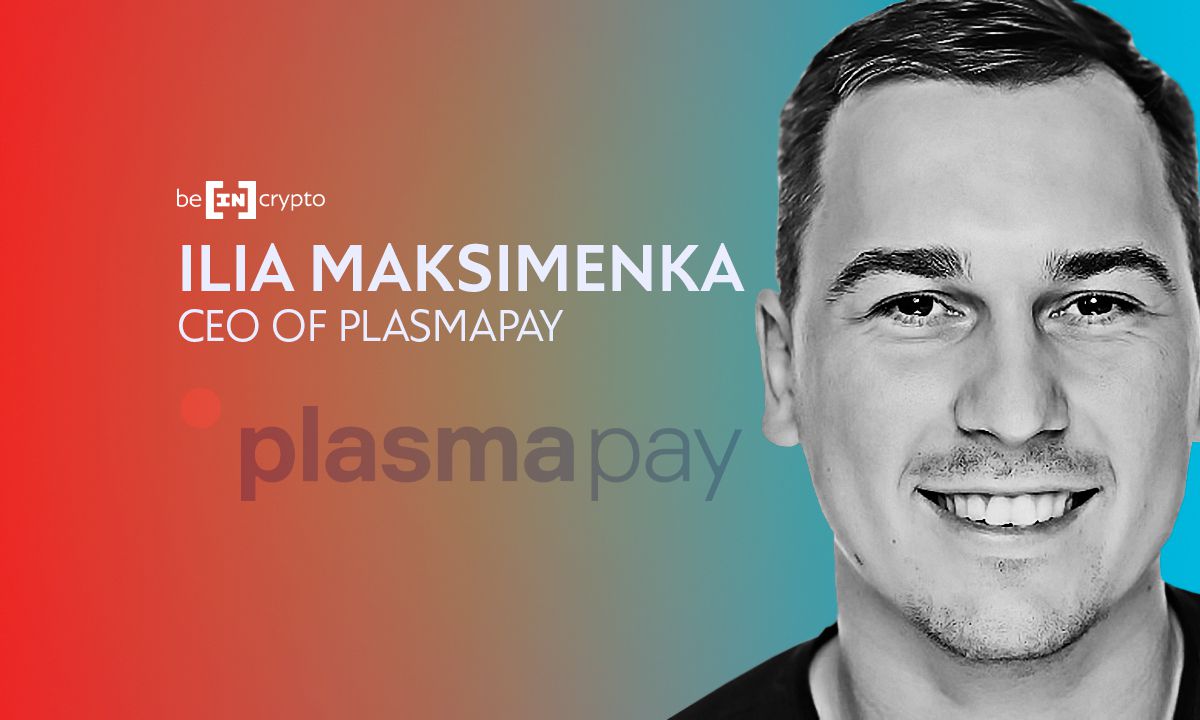 2020 may have been the year of the decentralized finance (DeFi) craze, but the crypto community has not exhausted DeFi yet. In fact, they are only getting started. BeInCrypto spoke to Ilia Maksimenka, the founder of PlasmaPay, about global finance, digital payments, centralized finance (CeFi) and DeFi.

Maksimenka’s PlasmaPay uses blockchain to let users store, buy, exchange, send, and receive currency (both crypto and fiat). They are also working on cross-chain solutions, spurring further development, and keeping fees low. In Maksimenka’s opinion, DeFi this year is the only beginning of a much larger change: Banking 3.0.

We have seen more engagement in crypto from governments lately, both negative and positive. Government regulation in particular has been a contentious issue. Maksimenka thinks there is a golden mean out there for playing nice with governments, saying:

“Companies need to work in accordance with the laws of the countries in which they operate. In the past, crypto companies made it hard on themselves by being too combative or presenting themselves as wholly oppositional to the legacy financial system. That rhetoric may play well with some segments of the crypto community, but it can also make regulators nervous.”

One example of this is his view on central bank digital currencies (CBDCs). Some see them as governments stealing the freeing powers of blockchain technology. He said:

“We don’t view cryptocurrency and CBDCs as a zero-sum game. The more likely future scenario is that the two will co-exist for years to come. That arrangement would allow for DeFi and CeFi to interact with each other seamlessly. We foresee a scenario in which the management of the CBDC on Plasma Chain could continue to be conducted by the issuing bank, in contrast to the rest of Plasma which would remain DeFi and non-custodial.”

“Plasma Chain is an ultra-fast, highly scalable blockchain with zero gas fees. It’s interoperable with cross-chain support, can host CBDCs, and supports 42 fiat-pegged stablecoins. It is also a blockchain and application infrastructure that allows developers to build robust financial tools that empower people to control their assets.”

New projects like PlasmaPay are linking all these different payment and lending systems together. This is known as “Banking 3.0.” Maksimenka explains:

“Banking 3.0 is the idea, banking is something that an individual does, rather than a place they go. Banking services are a necessity, but going to a bank is no longer required.”

Such an ambitious project presents a lot of buzzwords and promises impressive flexibility. Sometimes, it can seem like a burden. But Maksimenka thinks it is worth it:

“One of the challenges of a project with the sheer scope and utility of Plasma is trying to explain everything that you can do with our platform. It’s something we spend a lot of time thinking about, and how to communicate that. We have our own apps and utility on the banking side, and then we have the DeFi aggregator on the Plasma.Finance side. It’s all integrated to be seamless, or at the very least so that you shouldn’t see the stitch marks.”

Then there is the problem of DeFi’s high fees and inflexiblity:

“In 2020, the biggest obstacle was our over-reliance on one chain to host the entire DeFi sector. That’s why cross-chain technology will be important in 2021, to allow DeFi to scale beyond the constraints of one blockchain.”

With Web 3.0 knokcing at the door, other industries will gradually take its place, he says:

“We’re already in a position where most business sectors have some sort of representation in the crypto sphere. As blockchain technology improves we may see greater amounts of data being processed on-chain, and that could lead to some exciting developments in the longer term. There are a number of sectors that may be able to take advantage of that, including IT and gaming.”

And for those new industries, there will need to be new customers and new developers. Blockchain developers are in high demand, and it takes some competitive feats to attract good developers. Maksimenka has his own ideas of how this can be done:

“To stimulate the interest of developers in new technologies, the Plasma Alliance company organizes international blockchain hackathons. Participants of the hackathon under the guidance of the Plasma team get acquainted with our technology and code examples and within 24-48 hours can develop their first dApp application. This approach has proven highly successful elsewhere; 1inch, one of the most famous dApp applications for dex liquidity aggregation, was developed at a hackathon.”

Oh, and he’s bullish on crypto:

“As mainstream media such as Bloomberg, The New York times, and even local newspapers start to talk more about bitcoin (BTC), more and more retail investors and new buyers will enter the game. As a result the price of BTC will be pushed higher.”

“The second round of stimulus funding, CARES Act and bond-buying programs from the Fed, added $3 trillion to the balance sheet this year. The equals about three-fourths of the amount of money previously created in the 100 years of the Fed’s existence. This adds to the abundance of money available to invest, and bitcoin is one of the assets where funds are flowing. The case for bitcoin is therefore bullish,” Maksimenka said.

We would like to thank Ilia Maksimenka for taking the time to speak with us.