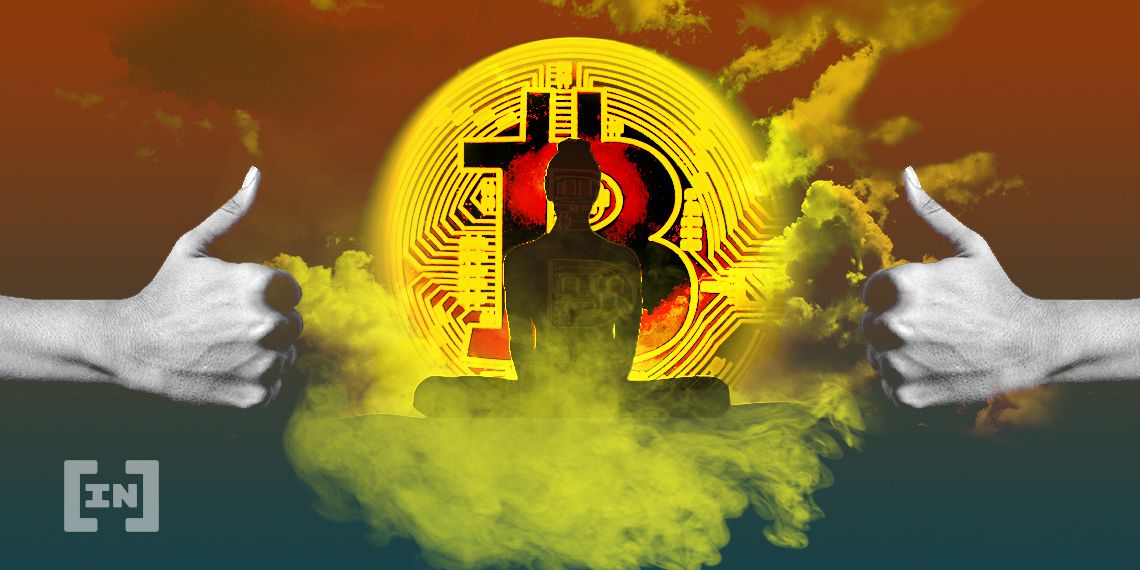 The bitcoin (BTC) price has been increasing in what looks like a bullish impulse since the beginning of March.

The price is likely in the fifth and final wave of the impulse and should reach a top in the near future, if it has not already done so.

In this article, waves will be labeled as follows:

The bitcoin (BTC) price likely began a bullish five-wave formation (orange) once it reached a low on March 13. The price could be in the fifth and final wave of the impulse, which is a part of a longer-term C cycle wave (white).

Notice the parabolic rate of increase since the wave began in September. If the count is correct, the most likely target for the top of the move would be between $20,330 and 21,168. The target is found by:

However, there is an alternative path that suggests that the price has already completed its fifth wave. You can predict a top by outlining a parallel channel connecting the highs and lows of cycle waves A and B.

Furthermore, there are two fib levels which also support the possibility that BTC has already reached a high.

Therefore, while it looks certain that BTC is in wave five, the area where the price will reach a top still remains uncertain.

Cryptocurrency trader @Thetradinghubb tweeted a wave count for BTC, outlining two possibilities for the future move. Interestingly, both of them predict an upward move towards $19,200 before a potential decline.

Since we agreed that the price is in the fifth and final wave (orange in the previous section), we need to take a closer look at the sub-wave formation (blue).

The sub-wave formation shows an extended third wave, but also indicates that the price is in the fifth and final sub-wave, indicating that the top is close.

Since the price is trading inside a symmetrical triangle, it’s likely that this is wave four of some degree. The main count suggests that it is the minor sub-wave 4 (black), after which there is a final rally that completed the entire bullish formation.

If correct, the next rally could take the price towards $20,000, as outlined in the first section. A decline below $17,283 (red line) would invalidate this possibility.

The second possibility suggests that the price is in a wave four, but of one lower degree. If correct, the ensuing rally would be much smaller, after which the price would undergo a correction.

This possibility would fit with the second outline in the first section, which suggests that the price has reached a high.

Same as the previous chart, a decline below $17,283 (red line) would invalidate this possibility.

To conclude, while it is likely that BTC has either reached or will soon reach a top, the exact high cannot be accurately determined yet.

A breakdown from the current symmetrical triangle would indicate that the price is already correcting and will head lower.