Can We Use the Litecoin Price to Predict That of Bitcoin?
#
Home Analysis Bitcoin Analysis

Bitcoin Price Decrease Is Not Unprecedented, We Should Relax, Says Analyst

The positive news has been rolling in for Bitcoin and other cryptocurrencies. Just this week, the Opera browser began allowing users to complete Bitcoin and Tron transactions without installing an external wallet

Additionally, there have been recent signs of accumulation, highlighted by the transfers of very large amounts of Bitcoin holdings to external wallets. On top of that, the hash rates for Bitcoin mining have reached historically high rates.

This, however, has not had a positive effect on the price. To the contrary, the price has decreased by 9% in the last 24 hours.

Cryptocurrency trader @mediumsqueeze pleaded with everyone to keep their calm, arguing that this decrease is nothing that Bitcoin has not weathered before.

In the chart, he projected the movement after the 2013 high to that of the 2017 high. Even though the correction has not taken the exact path as the previous one, we have currently decreased almost at the same rate as we did in the correction that began in 2013.

Let’s look at these movements more closely and see if they share more similarities.

In the correction which began in 2013, the price had decreased by 70% after the same amount of days.

This implies that the current decrease is not unprecedented and we might still be in a long-term correction. 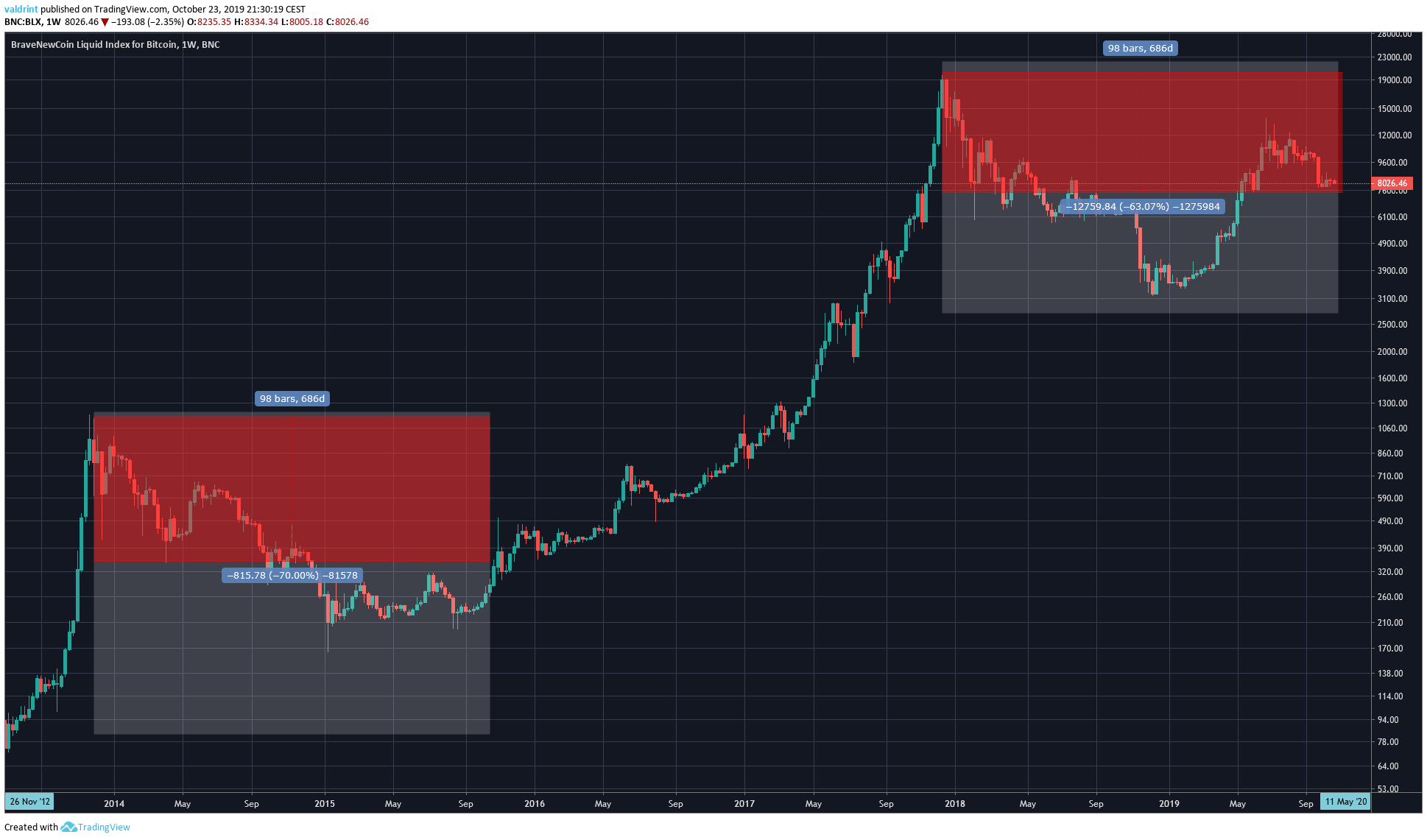 Furthermore, we can see more similarities by using curved trendlines to limit the scope of price movement.

The vertical lines represent the dates of BTC halvings.

We can see that in both cases the price has been very close to the support line.

Additionally, both dates are roughly 200 days prior to halving. 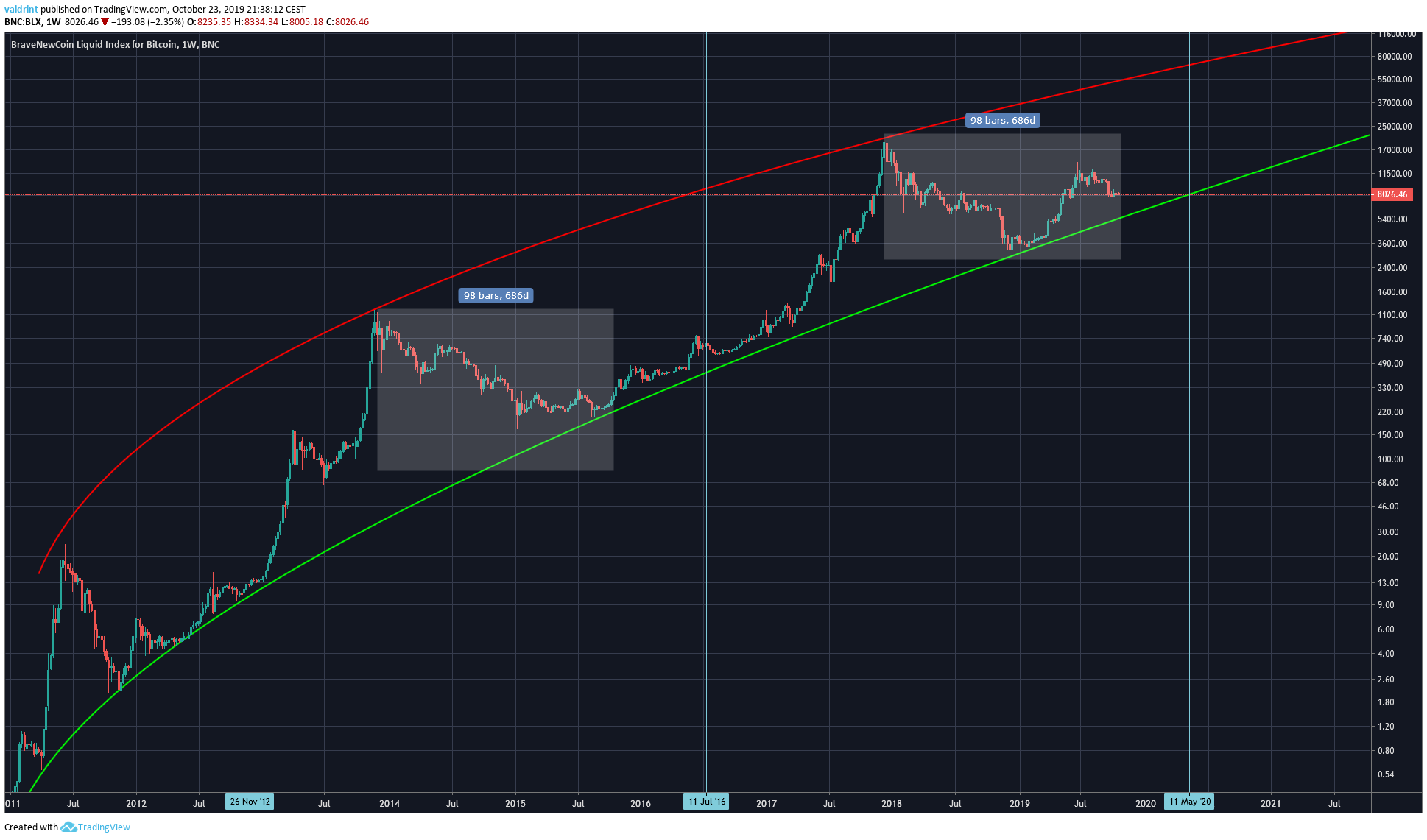 These minor differences between the two movements are to be expected since the price of Bitcoin will likely not follow an identical path to what it did prior.

However, the similarities are self-evident, and it is possible that we are in similar phases in the correction.

Do you think Bitcoin will continue following the pattern laid out in 2014? Let us know in the comments below.