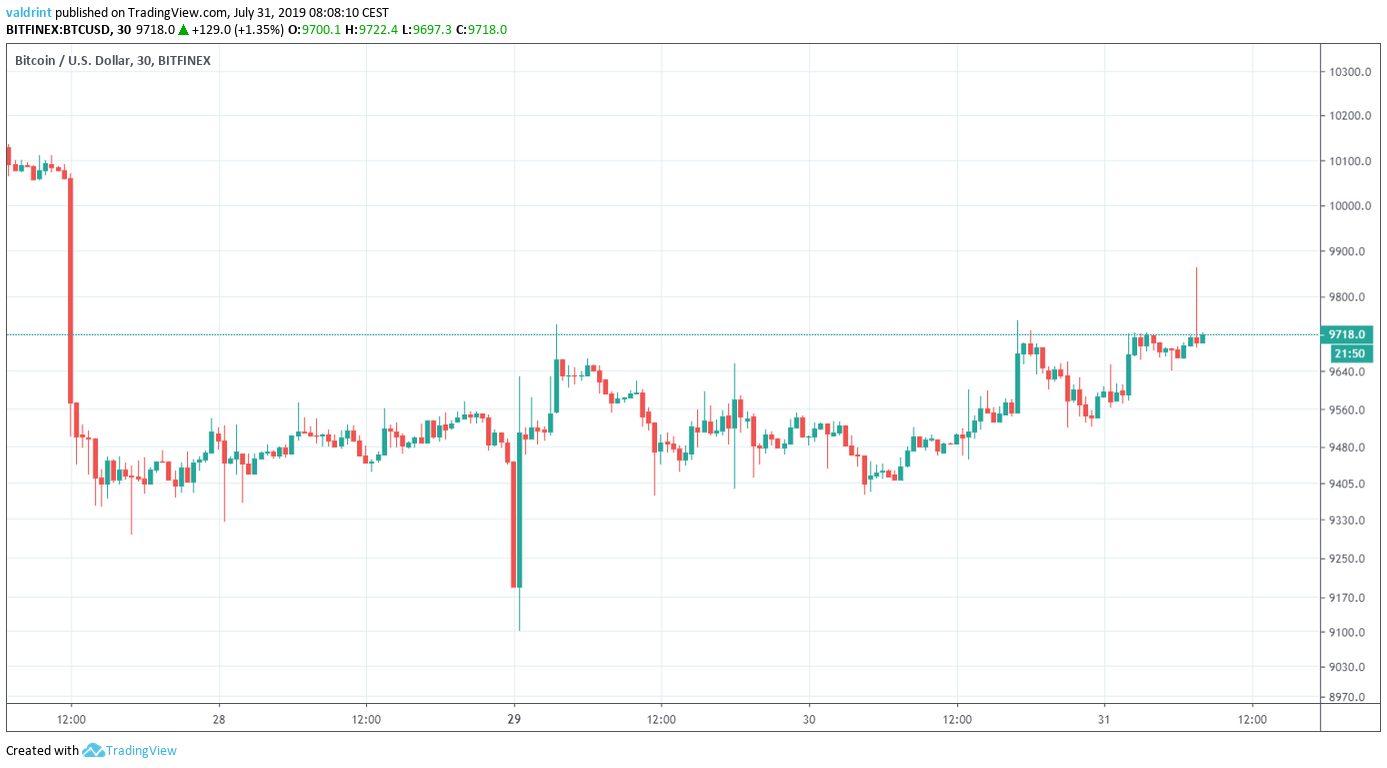 How long will it continue to increase? Keep reading below in order to find out.

Since reaching a low on July 29, the BTC price has been increasing, creating the ascending channel outlined below.

The ascending channel is considered a neutral pattern. 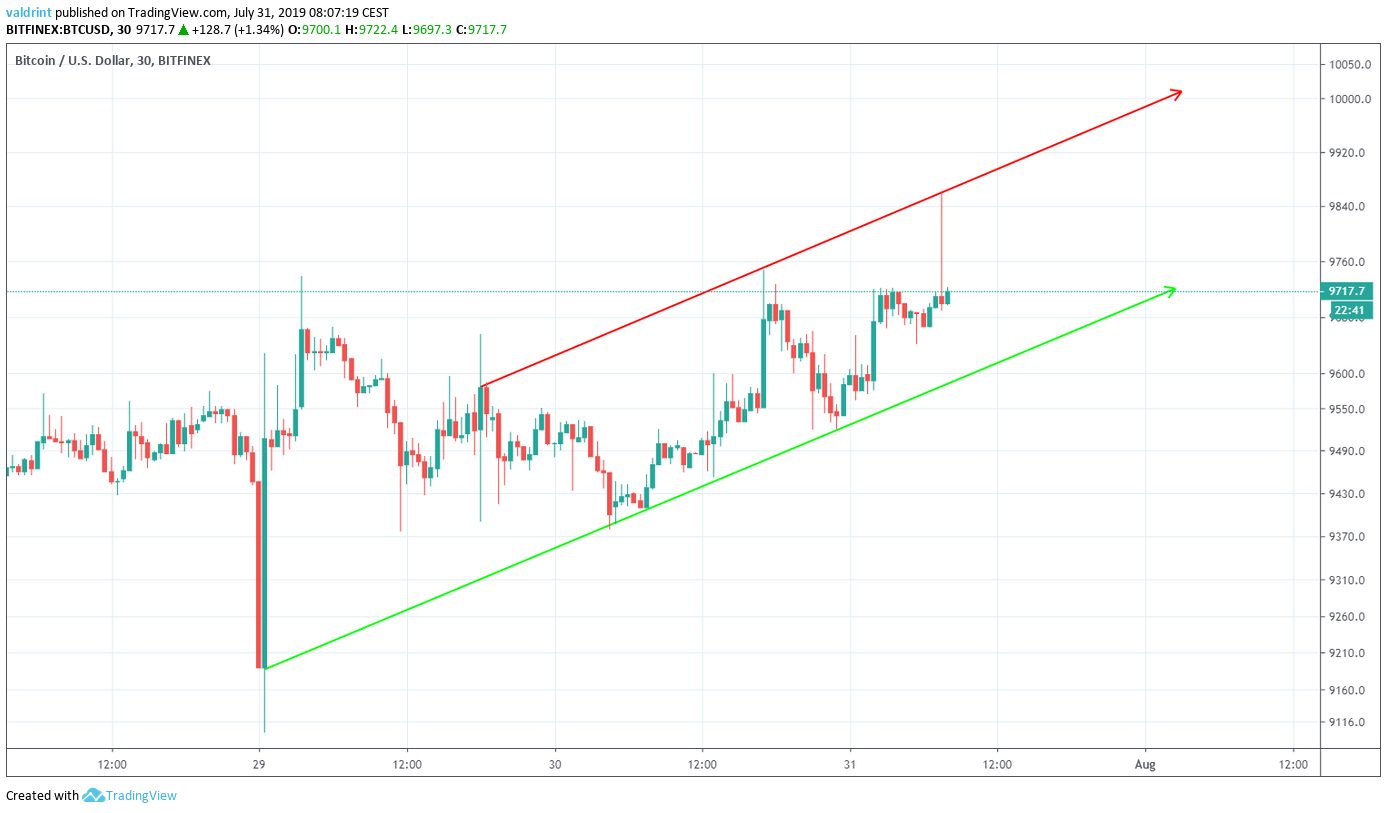 At the time of writing, BTC was trading in the middle of the channel.

Both the resistance and support lines have been touched three times.

Using a fibonacci retracement tool from the initiation of the rapid decrease, we can see that there are several resistance levels left for the BTC price to clear. 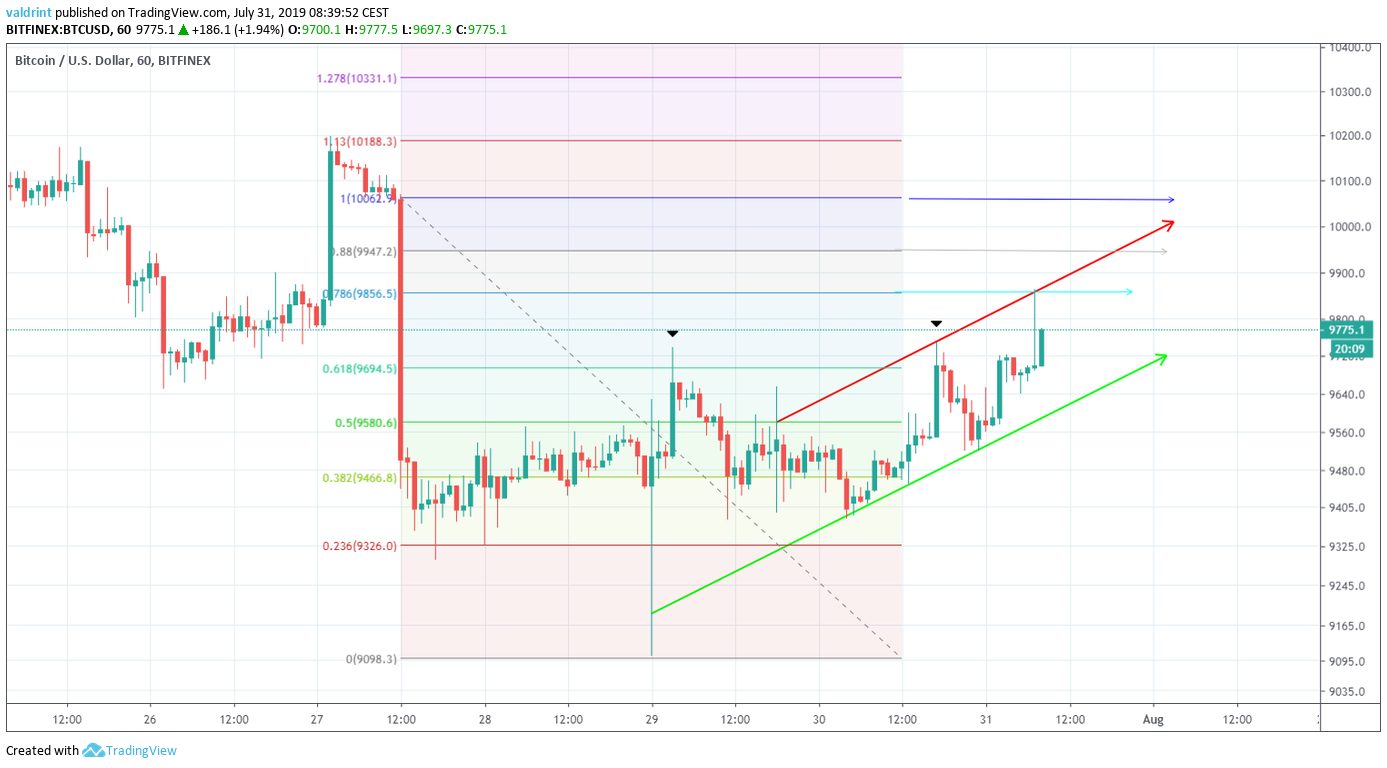 A look at the RSI also shows signs of weakness. 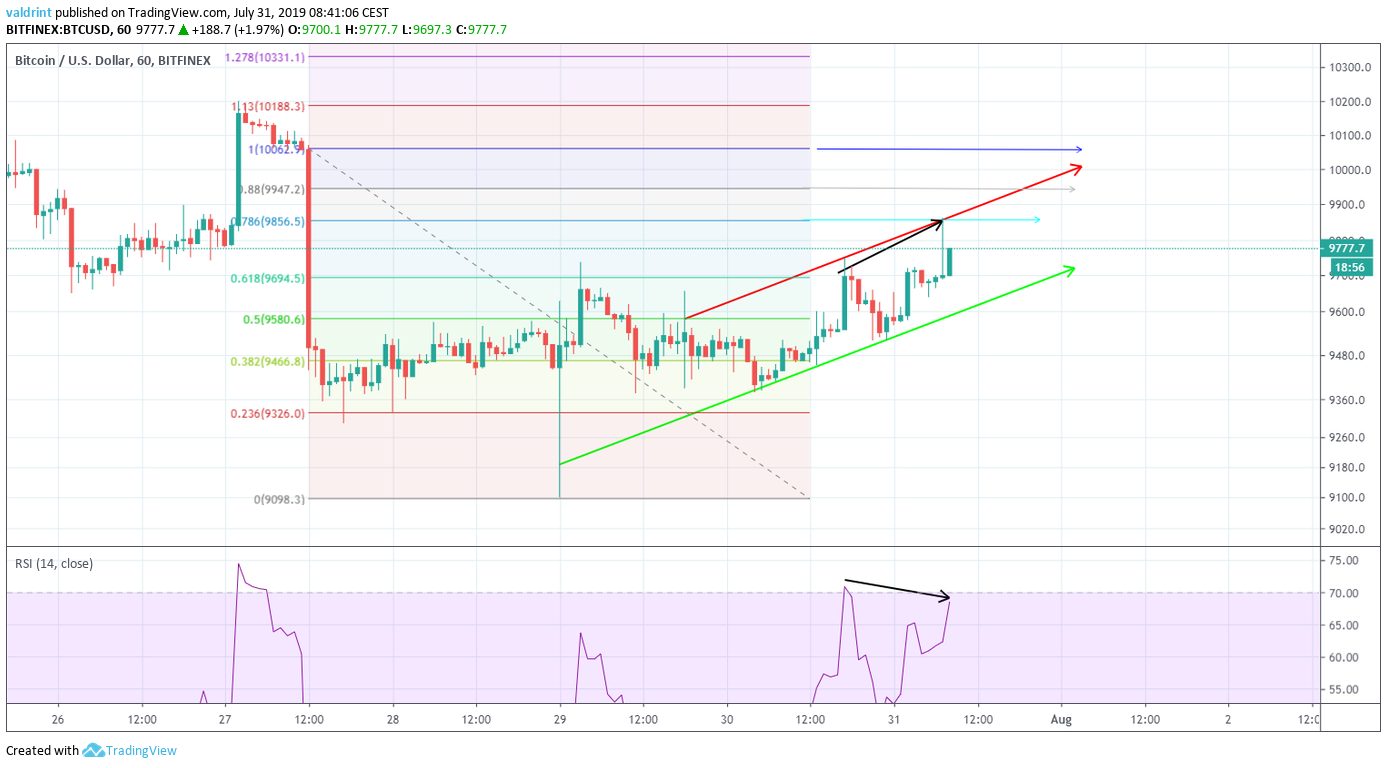 A bearish divergence has been developing since.

The divergence, however, is not very significant and only present in short-term time-frames.

While it is not nearly enough to confidently predict a reversal, it at least makes a breakout unlikely.

The BTC price is analyzed alongside the 10- and 20-period moving averages in a six-hour time-frame (first graph) and the daily time-frame (second graph)
In order to determine if the Bitcoin price has begun an uptrend, we will incorporate moving averages (MA) into the analysis. 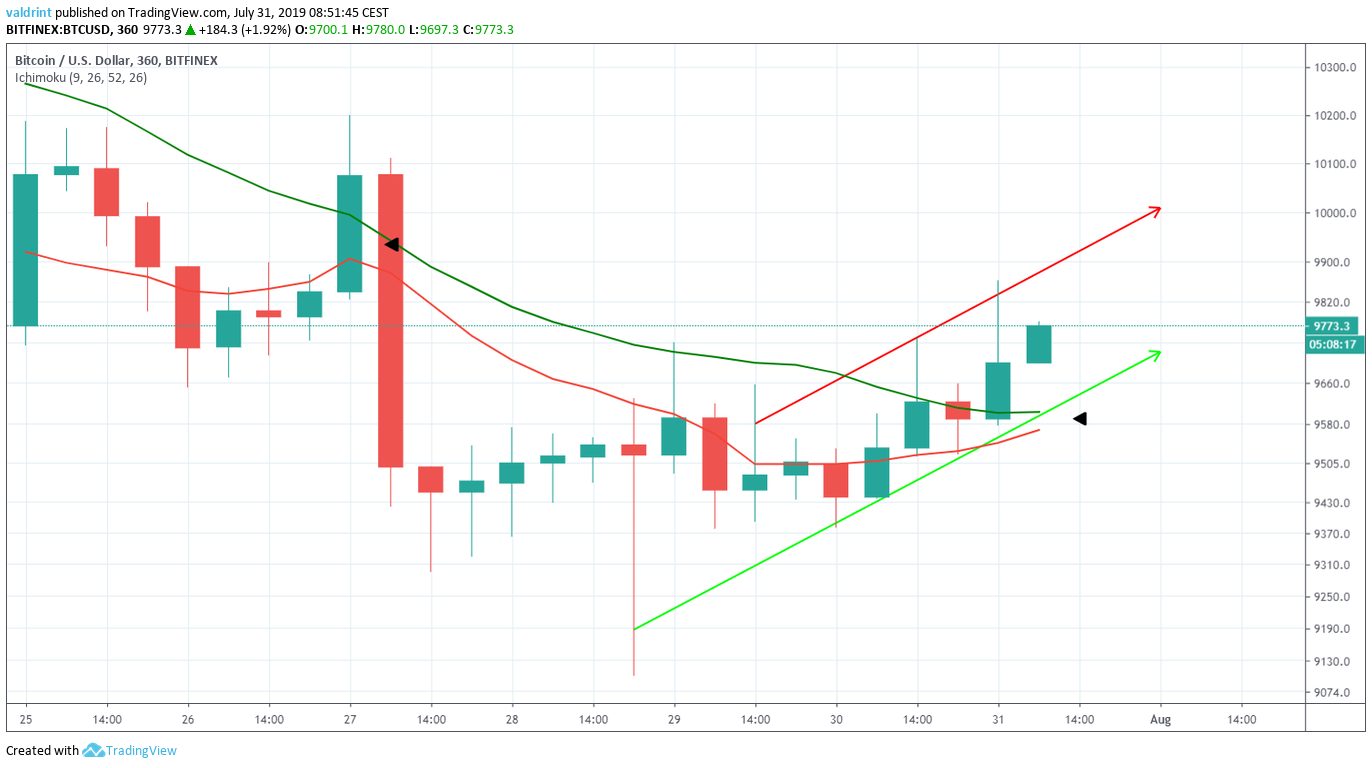 However, they have yet to make a bullish cross.

The previous time this occurred was on July 26.

At that time, the MAs rejected a bearish cross and a rapid decrease occurred.

Likewise, a look at the daily moving averages shows that the price is at a critical point in time. 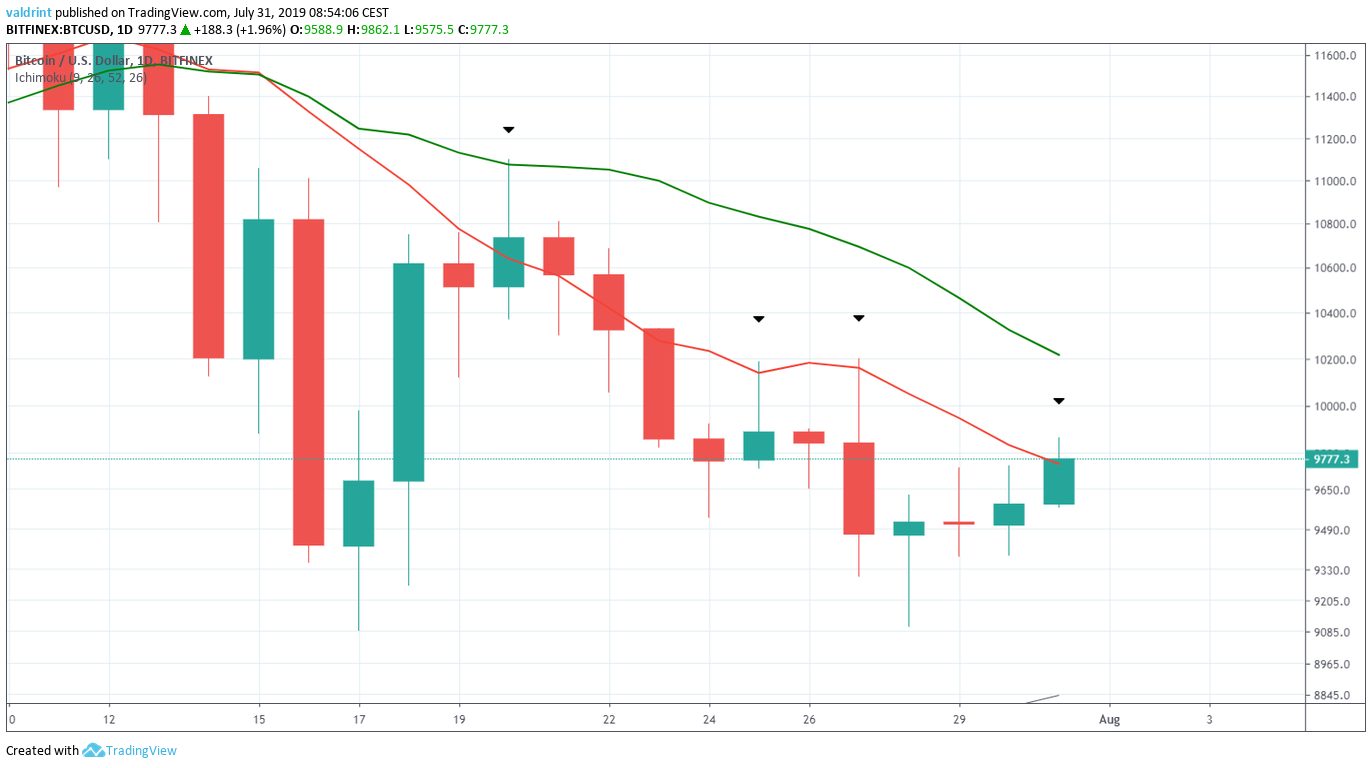 It has reached the 10-day MA but has failed to break out above it.

Previously, unsuccessful attempts at a breakout were made on July 25 and 27.

A possible outline of future movement is shown below. 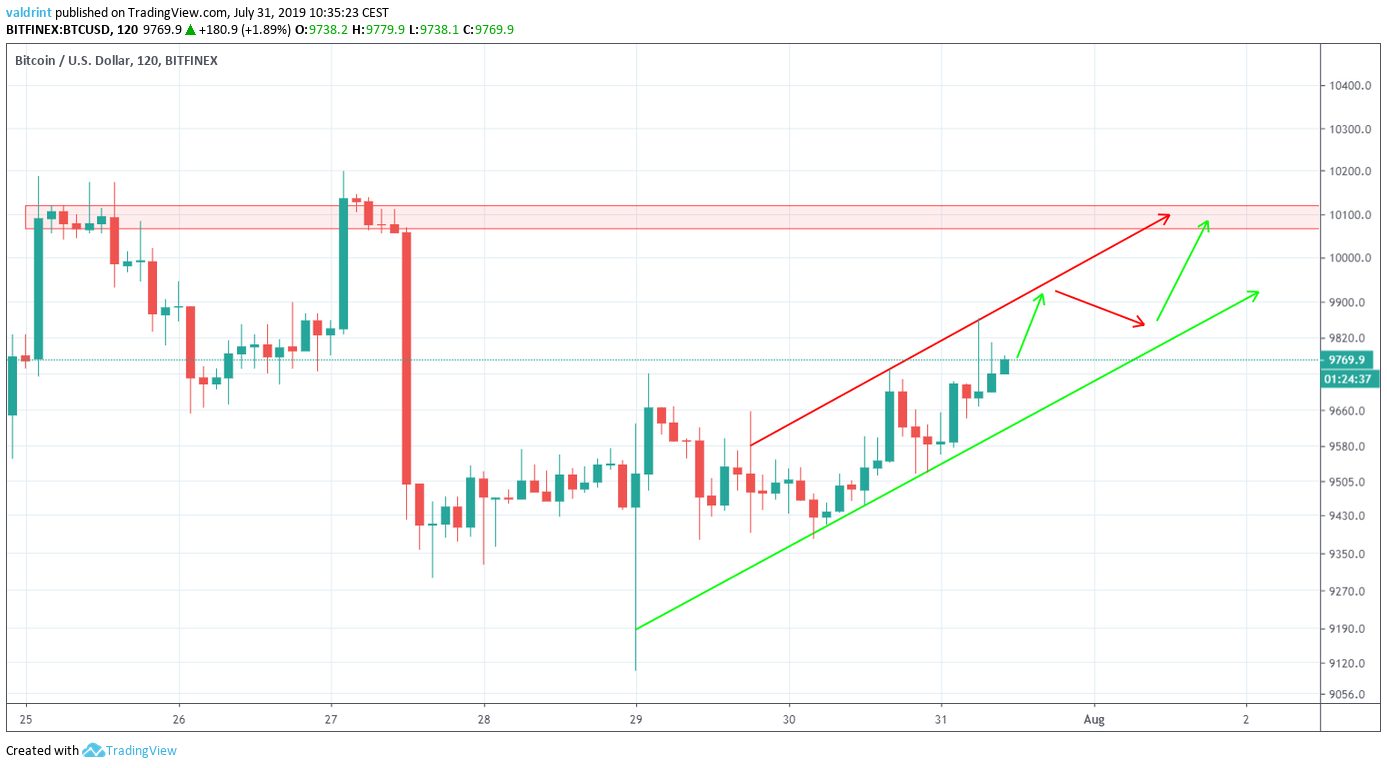 The BTC price is likely to increase along the confines of the channel.

While it should meet short-term resistance at the fib levels outlined in the first section, we believe it will eventually reach pre-breakdown levels.

The most significant resistance area is found near $10,100.

The Bitcoin price is trading inside a short-term ascending channel.

According to our analysis, it is likely to increase inside the confines of this channel.

Both a breakout and breakdown do not seem likely.

Do you think BTC will continue to increase? Let us know in the comments below.

Images are courtesy of TradingView and Shutterstock.