The Bitcoin price began November 22 with a rapid decrease, reaching lows of around $7000. It is currently inside a very significant support area — a breakdown below which could trigger an even more rapid price decrease.

Well-known financial commentator and CEO of Euro Pacific Capital Peter Schiff stated that the Bitcoin price has created a head and shoulders pattern and is currently at the neckline. A breakdown from this pattern would take it to $1000.

#Bitcoin is nearing the neckline of the head-and-shoulders top I pointed out before the Oct 25th 40% pump. The right shoulder is now shrugged and the neckline slanted and parallel to the shoulders. If it breaks the price objective for the dump is $1,000 to complete the pattern.

Schiff is a notable Bitcoin bear. However, his predictions have been wrong several times before — as noted in the graph below:

More specifically, he suggested that precious metals will perform better than Bitcoin in 2013 and he stated that Bitcoin below $3800 is not a bargain in January 2019 — a few months before the price began its current upward move.

However, let’s proceed with analyzing this possible pattern closely and see if $1000 can indeed be reached.

The head-and-shoulders pattern is considered a bearish pattern. The current formation, however, is unusual — since the lead up to both the head and the right shoulder is almost vertical. Additionally, the height of the right and left shoulders differ significantly from each other.

A breakdown of the entire height of the pattern would take us to $1000, giving us the target outlined in the tweet.

At first glance, this seems unlikely. Even though the height gives this target, a pattern needs to have something to reverse. Since the lead up to the pattern began from $3000, it would be very unusual for the price to retrace below the beginning of the entire upward move. 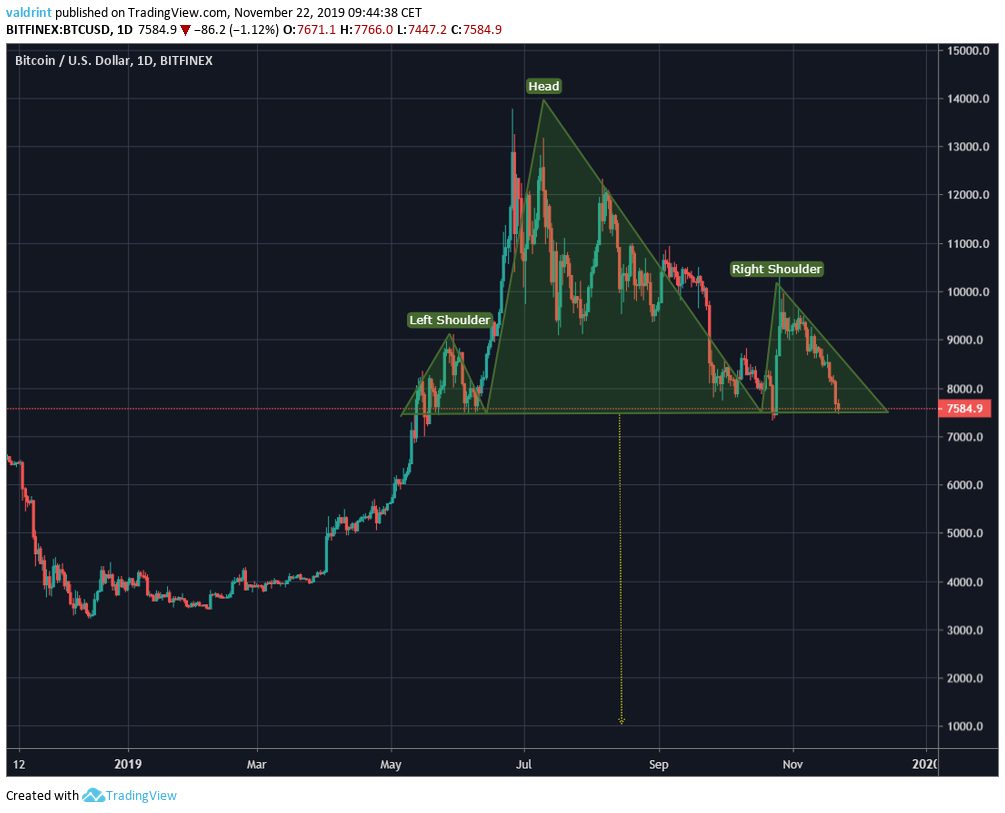 When looking at the long-term Bitcoin chart, this target coincides with the highs reached in 2014.

However, such a breakdown would take the Bitcoin price below the support line that has been in place since 2011. Additionally, it would take it below the 200-week moving average (MA). The price has never traded below this MA. 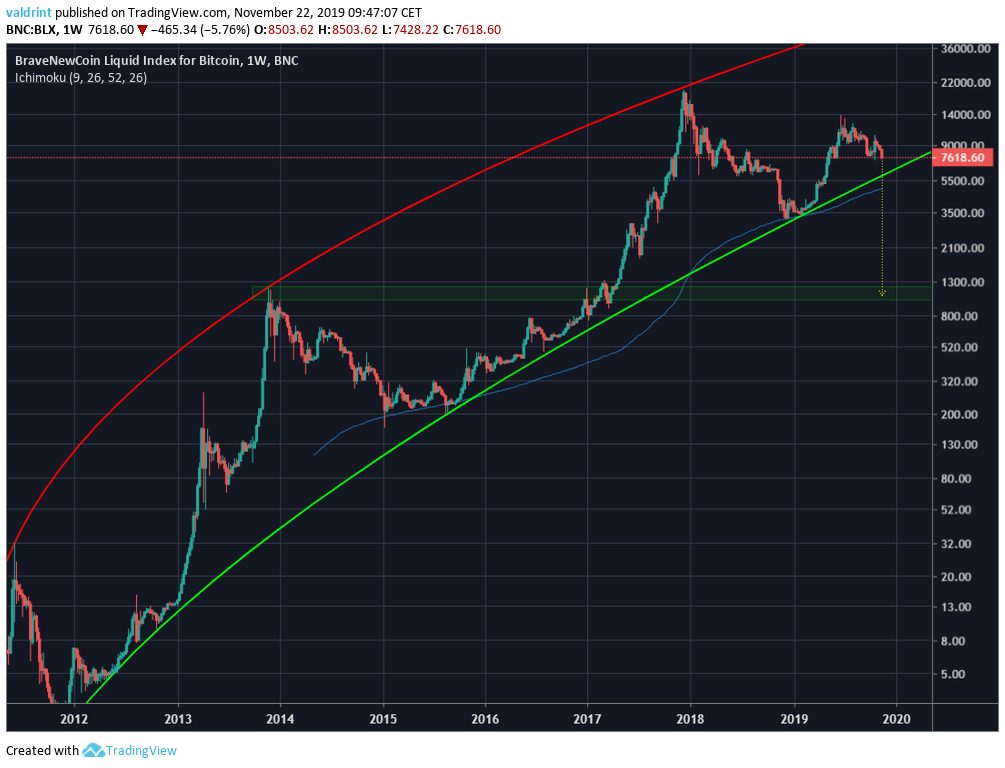 To conclude, we believe it is unlikely that the Bitcoin price will decrease to $1000. Furthermore, if it does so as a result of the head and shoulders, it would take roughly three months for it to get there — roughly the time it took for the pattern to develop. We believe that is even more unlikely.

If the price had created a head and shoulders lasting several years, with the entire current move being the right shoulder, the target would be more likely to be reached. However, this is not the case. 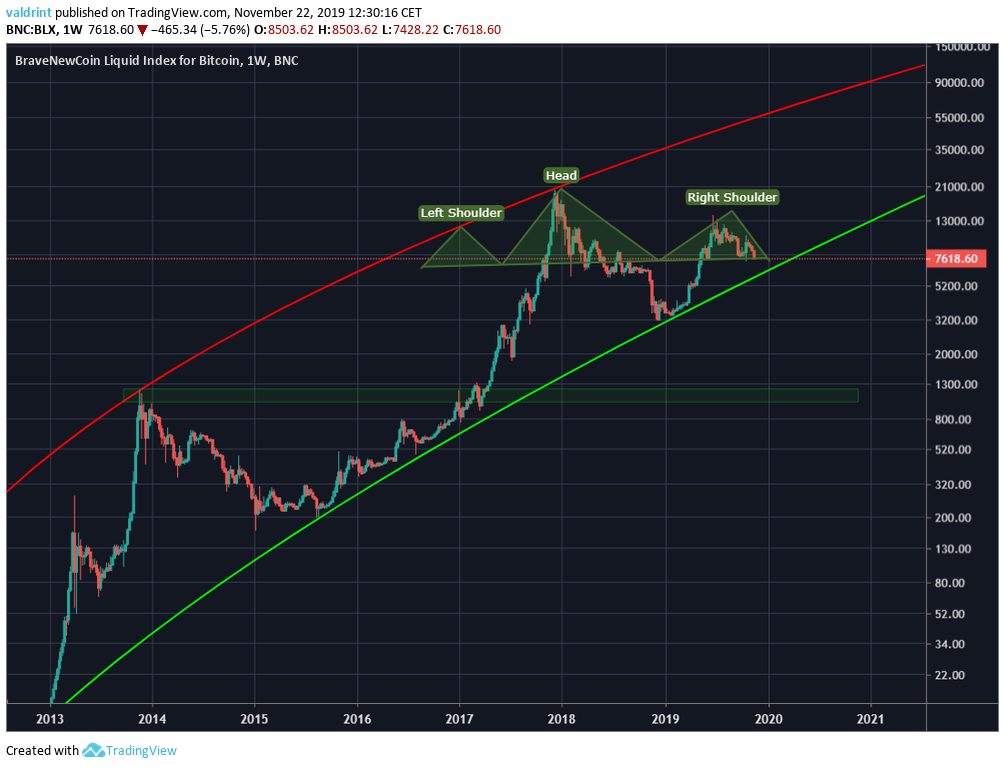