The weekly chart shows that the Bitcoin price has broken out above the $7400-$7600 area, which had previously acted as a resistance. In addition, this movement caused it to move above the 50- and 100-week MAs, which have previously made a bullish cross.

While it is possible that the Bitcoin price returns to validate the area as support, we believe this is a sign that the bottom is in and the price will eventually break down from the current descending channel that has been in place since June 24 — marking an end to the downward trend. 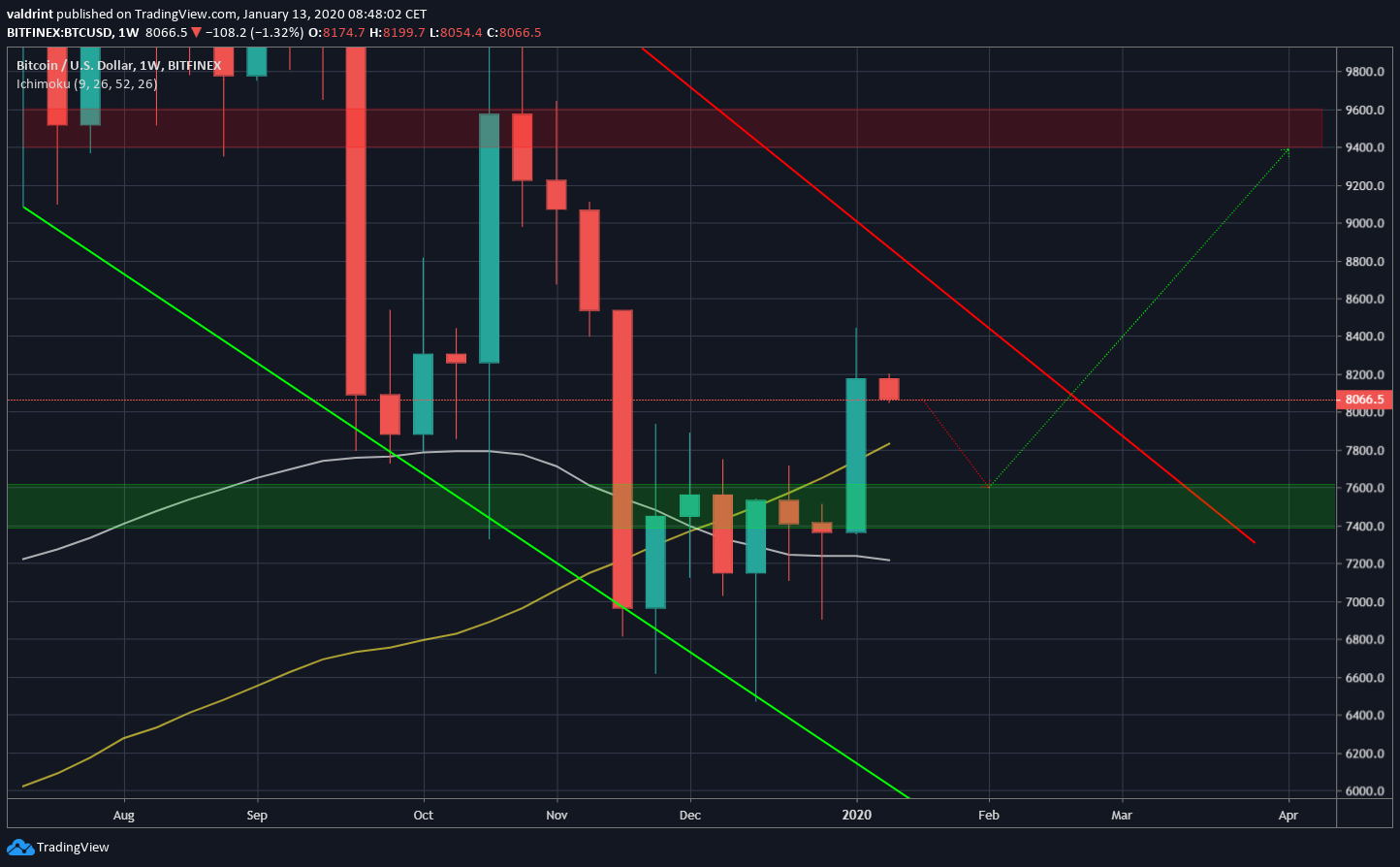 Looking at the logarithmic chart, in which the vertical lines represent the dates of halving, the current Bitcoin price action should be at a similar level to that in January 2016 — right before the price began a two-year upward trend.

Therefore, while the price could return to validate the support line after a breakout from the channel, it should resume its upward movement heading into halving and beyond. 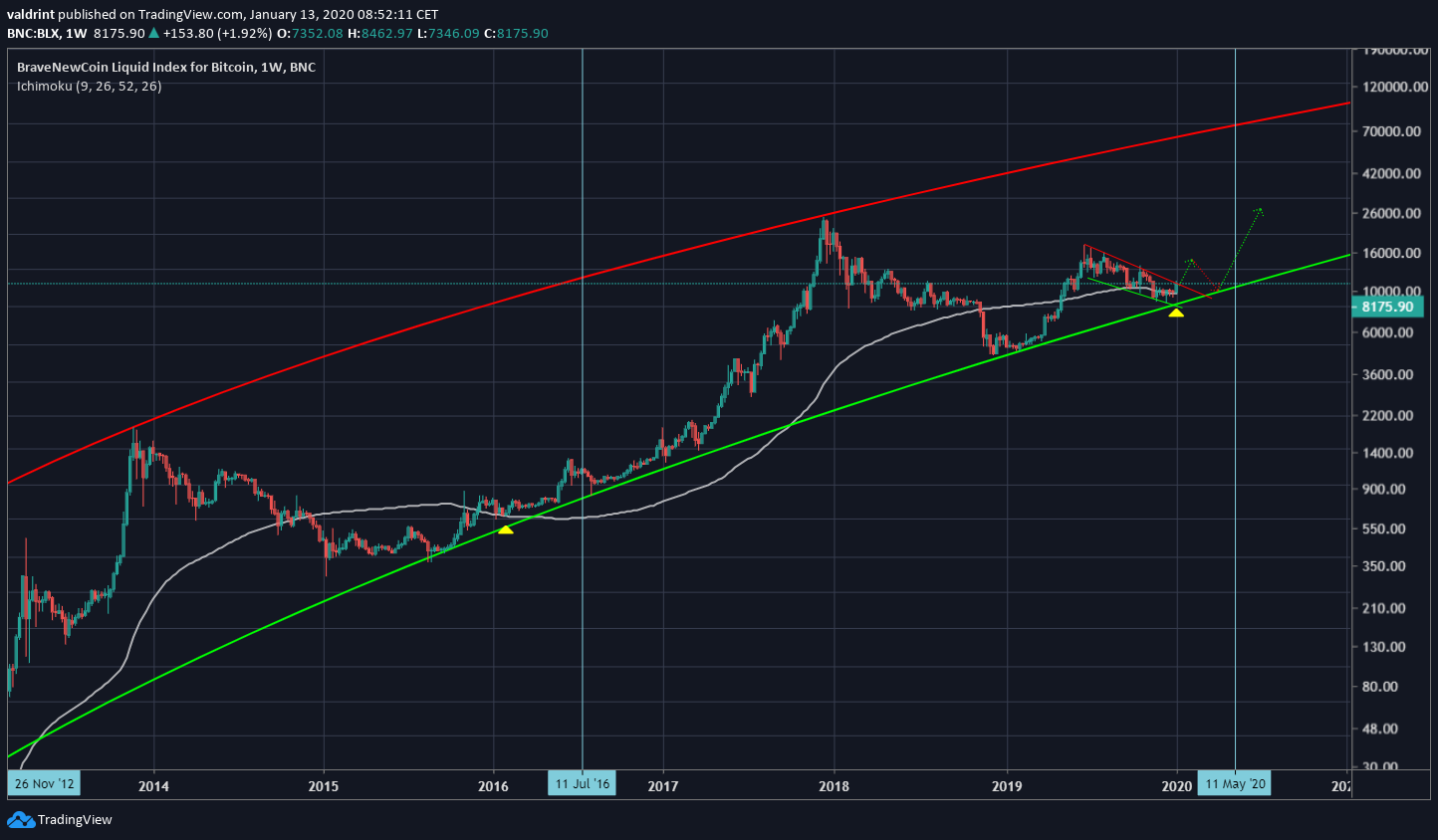 The daily chart reveals that the Bitcoin price has possibly made a triple top which is combined with a bearish divergence in the RSI. The triple top is visible by the failure of the price to reach a daily close above $8200.

Prior to this, however, the price failed to create an evening star bearish pattern, indicating a failed breakdown, after which it created a bullish engulfing candlestick.

Thus, while the candlestick characteristics are bullish, the created price pattern is bearish. 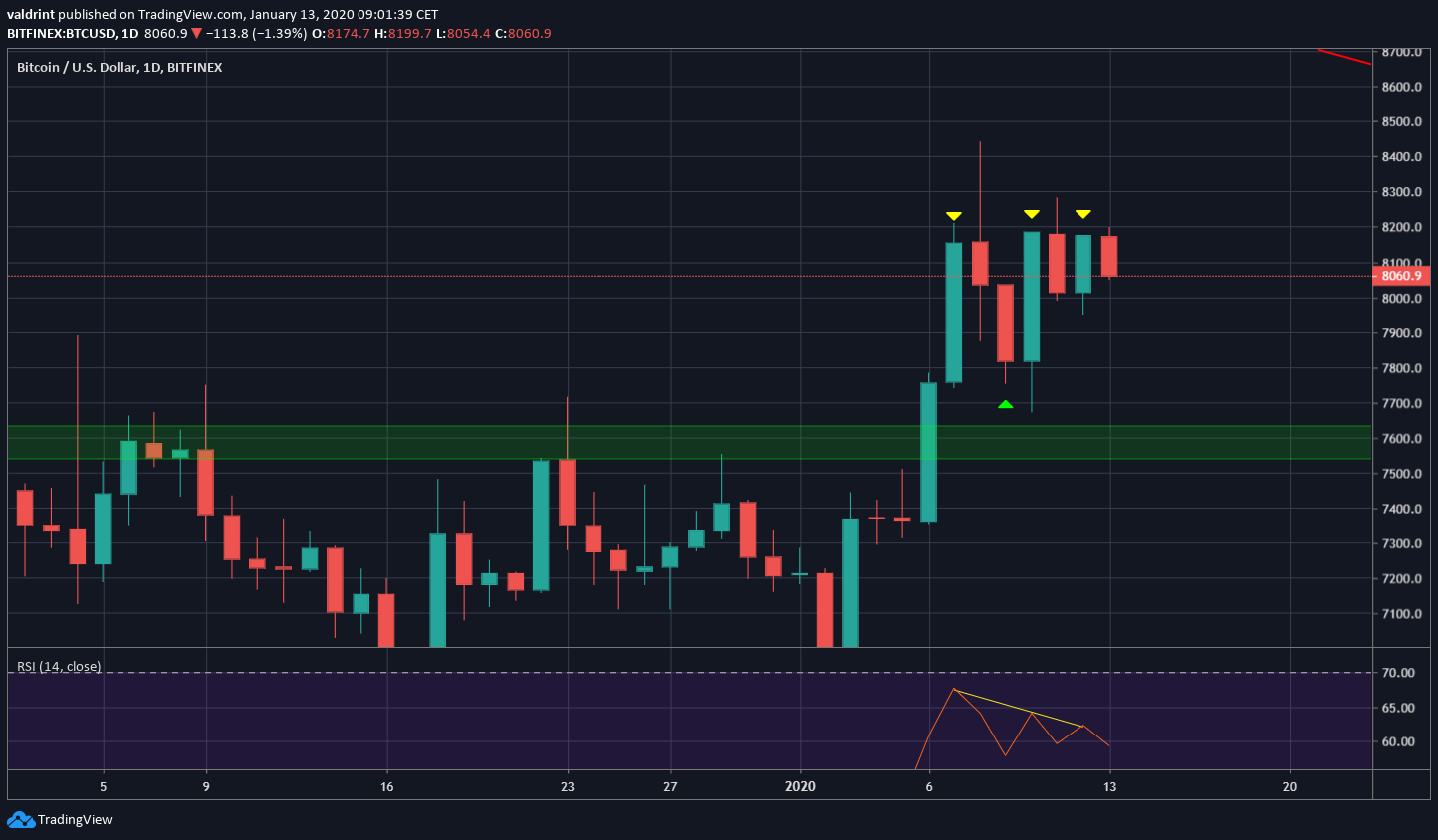 The short-term outlook is bearish. Besides following a descending resistance line since January 7, the Bitcoin price has created a head and shoulders — which is considered a bearish reversal pattern.

At the time of writing, it looks as if the Bitcoin price was in the process of finishing the right shoulder. The neckline of the pattern is found at $8000. 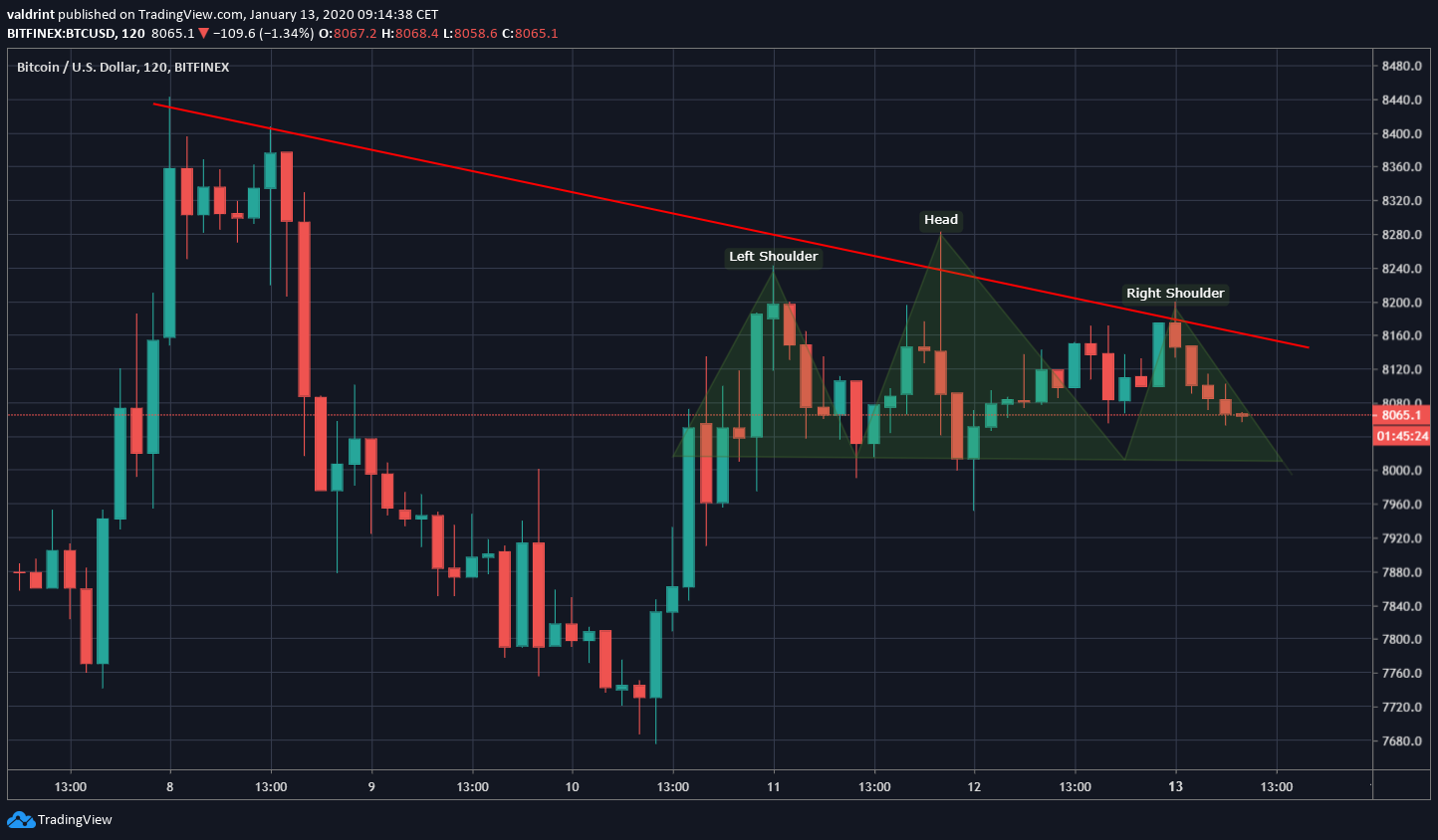 If the Bitcoin price breaks down from this pattern, a likely target would be found near $7600. This fits with the height of the pattern and would complete an A-B-C correction, coming after the five-wave upward move that began on January 3. 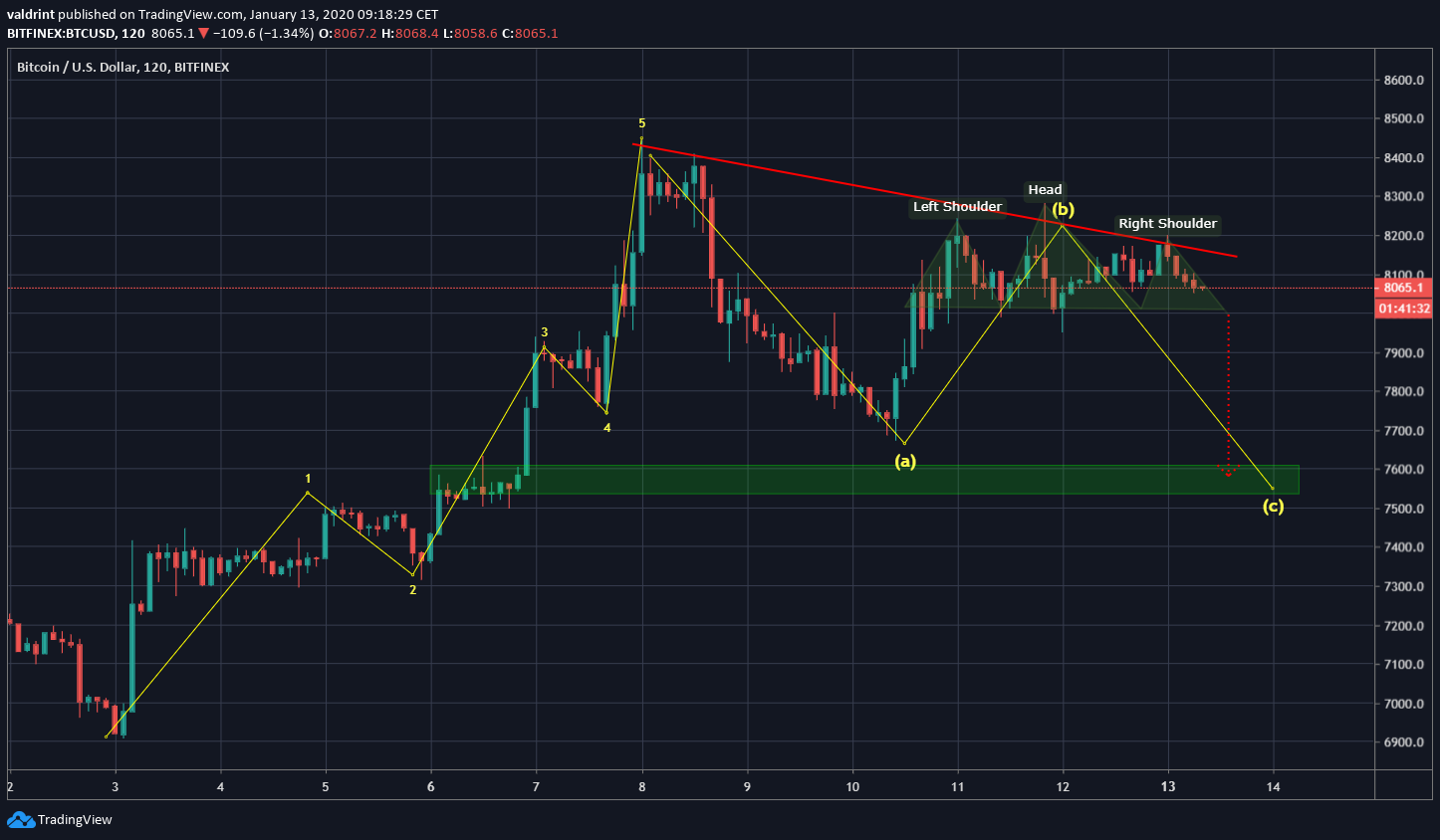 To conclude, the Bitcoin price has possibly created a short-term head and shoulders, a breakdown from which would take the price near $7600. The long- and medium-term outlooks are bullish, especially after the weekly close above the previous breakdown level. The short-term outlook is bearish.