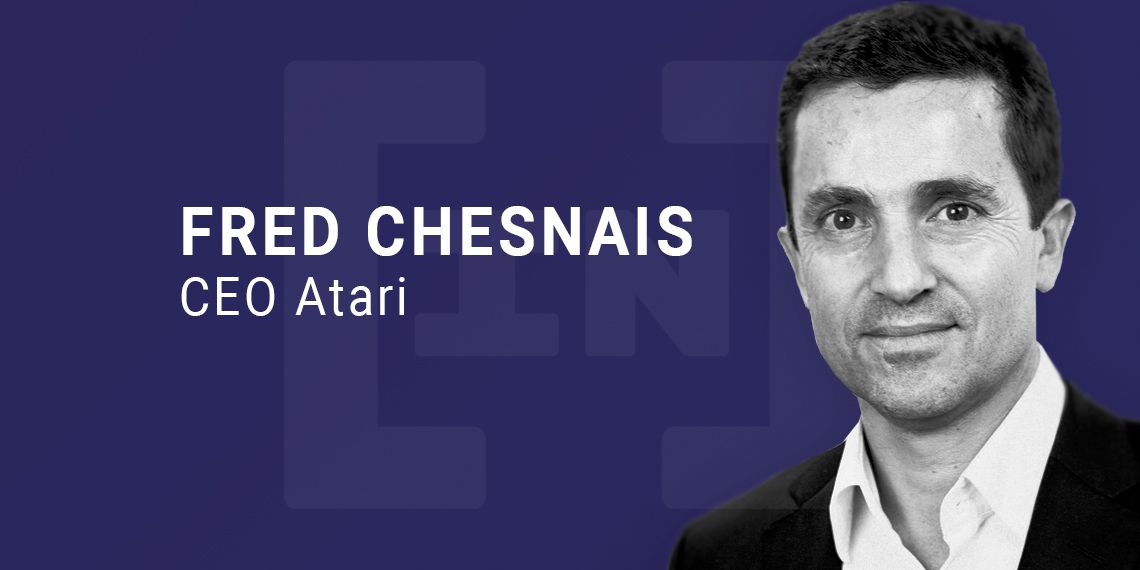 Atari CEO Frédéric Chesnais may not be into nostalgia, but the company’s public token sale has both gamers and cryptocurrency investors reminiscing both about video games and the ICO era.

The public Atari Token sale launched on Bitcoin.com Exchange today at $0.25 per token. The company is targeting a hard-cap of $1 million. While it’s unclear whether or not they are on pace to achieve that amount, Atari has big plans for its token, which is designed to go beyond gaming to “power the interactive entertainment industry.”

Chesnais was featured as a keynote speaker during CoinAgenda Global 2020 in a virtual fireside chat today hosted by Michael Terpin, founder and CEO of Transform Group. The gaming exec explained that Atari, which helped to shape the early video game industry, is still alive and kicking, saying,

“There is a lot of awareness about this brand. The audience just got older, the fan base got older. That’s a good thing for us because we have a wider reach in terms of the potential audience and people who are interested in what we are doing. We’re still doing video games. That’s still the DNA of the company. But at the same time, we realize the world is changing.”

In order to compete with companies like Activision, Atari is focused on virtual products, which according to Chesnais is the direction in which the world is going.  Chesnais said he is a “big supporter of the blockchain,” pointing to Atari Chain, which is a Gibraltar-based entity responsible for the governance and ecosystem of the Atari Network fueled by the Atari Token. It is comprised of an Atari wallet blockchain ecosystem powered by the ERC-20-based Atari Token. Chesnais said during the fireside chat,

“This is what the brand needs.”

When Atari set out to build Atari Chain, they were faced with a fork in the road. They could have built the platform exclusively for its own games, in which case Atari would be the only company to use the token. In that case, Chesnais explained, the company could try and “corner the video game market on the blockchain.” But Atari is involved in a cryptocurrency and blockchain sandbox initiative and they have some NFTs. So this option wasn’t really possible.

On the other hand, they could make it very broad and let anyone who would like to use the Atari token on their platform or in the app do so. This is ultimately the direction in which Chesnais and his team decided to go. In the spirit of Satoshi Nakamoto, Atari is giving others access to use the token and the household brand in an invitation ripe for partnerships and licensing agreements.

Ultimately Chesnais envisions an Atari Chain that can build bridges from Ethereum to other chains, especially if issues like gas fees on Ethereum aren’t solved.

The Next Living Room

Atari is an icon whose history dates back to the Pong game from 1972. But Chesnais is far from being stuck in the past. The company is on a blitz to build “video game-themed Atari hotels” across the United States, which has the potential to introduce a whole new audience to the Atari Token. These hotels will be popping up in Las Vegas, San Francisco, Seattle and more U.S. cities while the company eyes an international expansion.

Chesnais also has his sights set on self-driving vehicles, saying that while the concept has not yet caught on entirely, it will in the next couple of years. He envisions a world in which the vehicle becomes the “new living room.” Classic and newer Atari games are already featured in the lineup of Elon Musk’s Tesla vehicles.

*Direct quotes are an approximate translation from a live video stream.