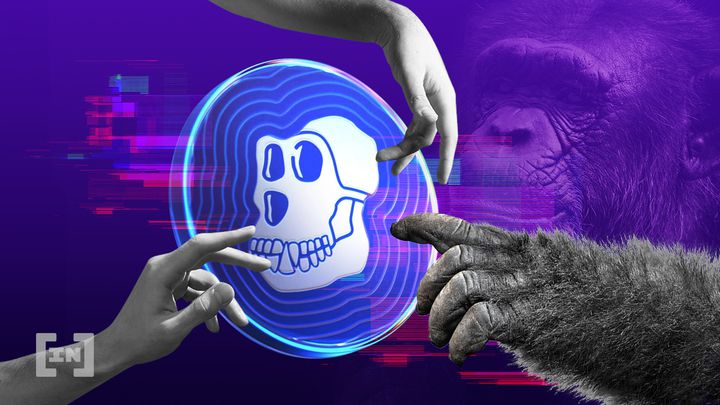 Be[in]Crypto takes a look at the five cryptocurrencies that increased the most last week, more specifically from April 22 – 29.

APE has been increasing at an accelerated rate since April 18. The upward movement initially took the shape of an ascending wedge, which is considered a bearish pattern.

However, APE managed to break out on April 28 and proceeded to reach a high of $27.60 the same day. This missed the all-time high of $28 by only $0.40. Furthermore, it created a bearish shooting star candlestick that had a very long upper wick.

Despite the drop, APE has managed to hold on above the resistance line of the previous wedge, potentially validating it as support.

Currently, KNC is trading very close to the resistance line of the wedge. Additionally, the RSI has generated bearish divergence. As a result, a breakdown seems to be the most likely scenario.

KAVA had been trading below the $4.90 horizontal resistance area since March 28. After three unsuccessful attempts, it finally managed to move above the area on April 24. Afterward, it validated it as support two days later (green icon). The validation also coincided with an ascending support line, which is still in place.

As long as the line is in place, the bullish structure remains intact.

On April 18, GMT broke out from the $3 area and validated it as support three days later. GMT has been moving upwards since and proceeded to reach a new all-time high of $4.17 on April 28.

However, the high was combined with bearish divergences in the RSI and GMT has been falling since. If the downward movement continues, the $3 area would be expected to provide support once more.

CRV has been increasing since breaking out from a descending resistance line on April 19. The breakout led to a high of $2.77 on April 24. This in turn validated the $2.75 area as resistance (red icon).

CRV has been decreasing since. If the downward movement continues, the closest support area would be at $1.90.