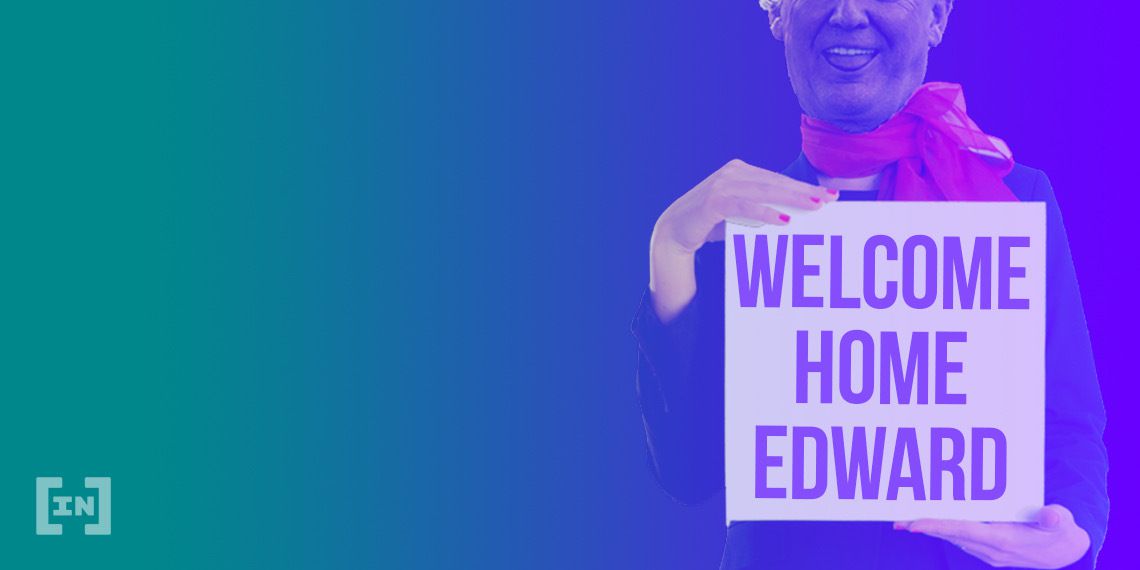 U.S. President Trump has asked his staff about pardoning whistleblower Edward Snowden. The announcement comes with the president behind in the polls of the looming election.

In an interview with the New York Post last week, President Trump said he had asked his staff what they thought of Edward Snowden. The reviews were mixed.  Some believed his core revelations surrounding secret surveillance programs were morally correct. Others maintained he was a traitor.

This was the first time Trump mentioned Snowden since 2016. Then, he had accused President Barack Obama of spying. On Saturday, the Republican President told media he was “going to start looking” at a pardon for Snowden.

Snowden has been in asylum in Russia since 2013. The former CIA contractor has stated he would like to return home. However, he fears the consequences.

The U.S. has collected data from multiple communication channels that extended from e-mails, to phones, to texts, and even the classic mobile puzzle game Angry Birds.

Though President Obama promised to reform several programs, surveillance remains a concern. As a result, various centralized encrypted communication programs have surfaced like Telegram and WhatsApp.

However, these are not free from third-party control. Telegram’s token sale was halted by the SEC, while WhatsApp is owned by controversy-stricken Facebook. WhatsApp was hacked in the past. Sumith Maniath, a security engineer, said this of the popular messaging service:

The algorithm used for the end-to-end encryption is solid. Do I trust facebook (which now owns whatsapp) to not use the easily available data they get through your chats? No.

Blockchain to the Rescue

In contrast, blockchain technology can combat this centralized control of communications. It can optimize and secure messaging systems, enterprise cloud data, VoIP, and CDNs. These services are done with immutable transparency.

With fraud protection, encryption, identity management, and asset management all in one, the possibilities are many. One oft-cited example is medical data. Firstly, medical data is important for health care providers to know. Secondly, administrators must protect private data.

With blockchain, medical data could be accessible only to the right people. Plus, it guarantees accuracy. Demand is strong for secure telecom. The centralized, but secure, e-mail provider Proton Mail has exploded in popularity, doubling accounts year over year.

Some encrypted blockchain telecommunications have answered the clarion call for demand, such as TOP Chain which includes a complex messaging system.

With the hotly contested U.S. presidential election hurtling closer, Trump’s comments likely come with some hidden intentions. He recently commuted the sentence of his friend Roger Stone who was convicted of lying to congress about contacting Wikileaks related to the election.

This shades his use of the President’s pardoning power. In short, the motivation behind this move is likely not ethical. Perhaps Trump is trying to appeal to millennials, over 50% of whom have positive feelings about Snowden.

While many in the civil liberties and crypto community might support this move, it may fall short of flipping votes.