These Are the Top 15 Companies for Blockchain Jobs

Researchers at TeqAtlas have put together a report analyzing the state of blockchain-related jobs. By all accounts, they are growing in number and often boast higher pay than the national average.

Companies are more actively searching for blockchain talent according to a new report by TeqAtlas. Between 2013 to 2018, the average annual growth rate for the entire industry was about 139%. By May 2019, there were 2,300 blockchain-related job vacancies.

The companies most actively seeking blockchain talent are some of the largest firms in the world.

The findings tell us two things. Firstly, larger corporations are actively seeking experts in the blockchain space in growing numbers. Secondly, already-established cryptocurrency companies are expanding at a rapid rate.

‘Blockchain Developer’ Is the Hottest Job on LinkedIn

It’s been the case since the start of 2019 that blockchain developers are the fastest-growing jobs on LinkedIn. In 2018, LinkedIn’s U.S. Emerging Jobs Report concluded that blockchain-related job listings rose 33-fold that year.

In short, the blockchain space is booming due to fresh demand from top companies and established cryptocurrency firms. With the market continuing its upswing, there’s no indication that this will slow down. Most of these positions are currently in Asia and the United States, but could soon expand to many sectors within Europe, Africa, and Latin America.

Here at BeInCrypto, we strive to be at the forefront of this transformation by focusing on the most pressing industry news. So, if you find yourself perusing LinkedIn for a job in the blockchain industry, give us a follow. 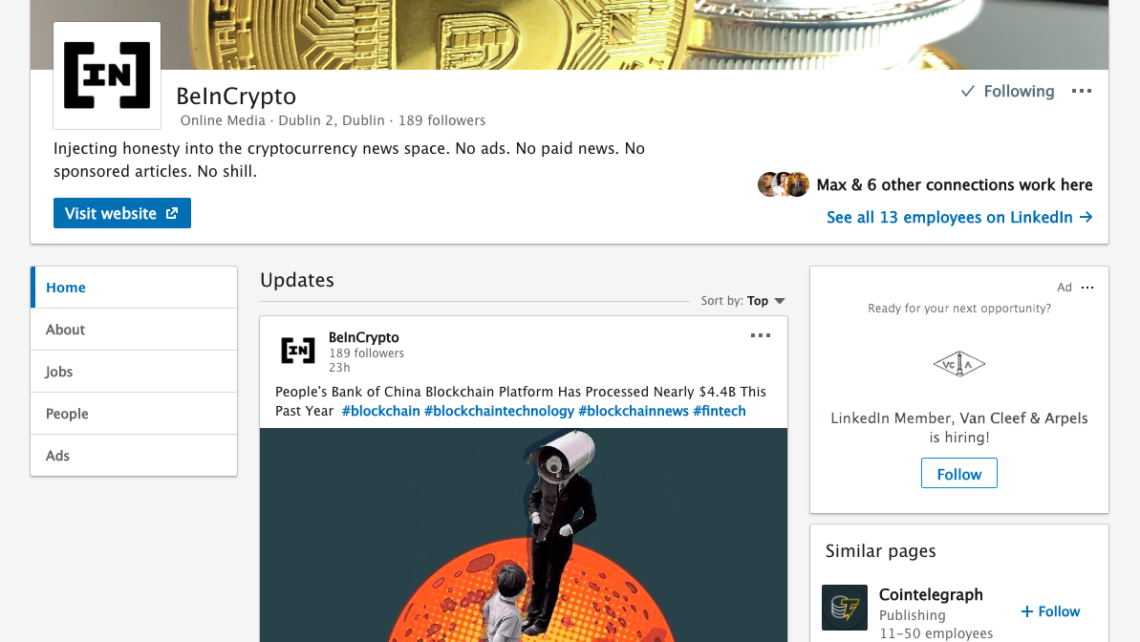 Do you believe that blockchain-related jobs will only continue to grow as we reach 2020? Let us know your thoughts in the comments below.

Block.one Turning Against EOS Outlines Major Issues With the Platform

Blockchain Will Kill the UK’s Financial Services Industry, According to IBM Advisor

The success of peer-to-peer cryptocurrencies and blockchain technology could spell the end of the...