The Future of Ethereum and The Path to an Autonomous World

Automation has been one of the key phrases of the 21st century. Since the start of the industrial revolution, humans have always been in search of methods to increase efficiency.

From automating mechanical processes in factories to automating information exchange — and, now, to automating value exchange — we are inching closer to a more autonomous future. This advancement has translated into progress on both an economic and social level for humanity.

As the price free-fall of Ethereum starts to slow down, Vitalik Buterin has come out with inspiring thoughts on what blockchain can achieve to help us in our quest for autonomy. Specifically, he mentions non-financial applications of blockchains.

1. Time for a brief tweetstorm on non-financial applications of blockchains. As blockchain scalability gets better and better, and UX improves and fees drop as a result, this will become a bigger and bigger part of the story.

Blockchains as a Base Layer

Blockchains have a beautiful property — they not only allow verifying something on the chain but also what hasn’t been published to the network.

The Ethereum co-founder explains this in a comprehensive example for university degrees on blockchains. The degree can be certified with just a digital signature while any revocations are published on a blockchain. In order to verify whether the degree is still valid, one can scan the chain for revocations.

This can be applied to anything that needs current validation when called upon. Imagine the applications it could find in paper-intensive processes or jobs, where bureaucracy is eating up time and money.

[bctt tweet=”In a world where blockchain technology is fully adopted, would there still be a need for notaries to certify every step of a contractual agreement?” username=”beincrypto”]

A blockchain becomes a commonly agreed base layer for the digital world. Just like the road infrastructure, the internet, or transportation system that we are currently using, it’s a base layer which we all agree upon and interact with.

All of the envisioned applications become a reality when the adoption process of decentralized systems starts ramping up. For this to happen, the ever-present scalability issue needs to get addressed, the user experience needs to be improved, and — as Buterin argues — fees need to be lowered. 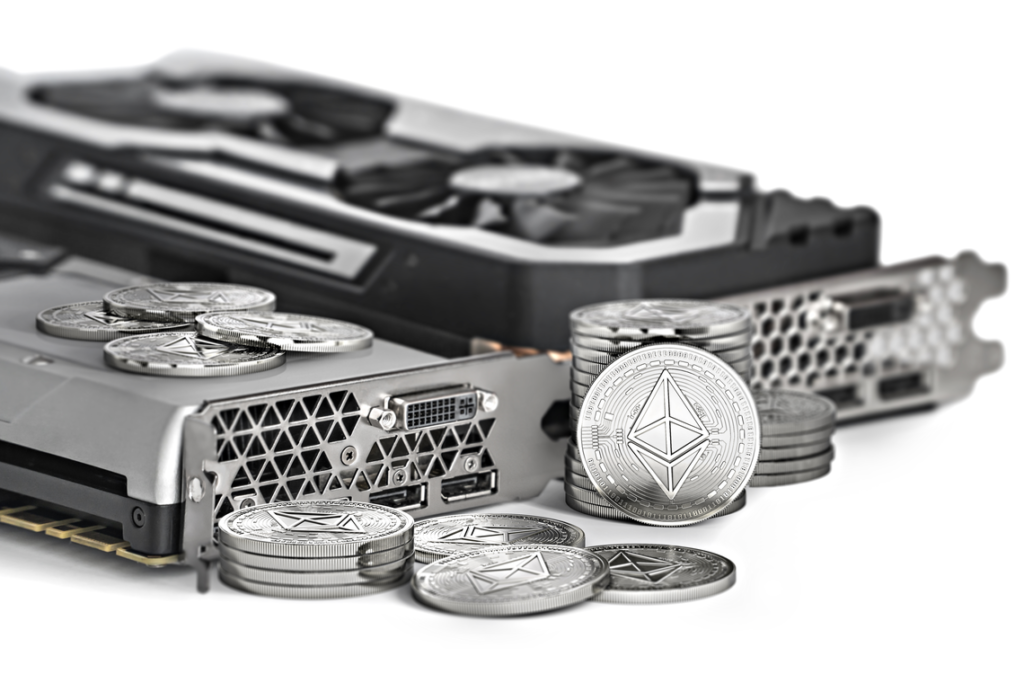 In his tweets, Buterin mentions that blockchains with the proof of stake algorithm and sharding will be “thousands of times more efficient.” This shouldn’t come as a surprise since Ethereum is on road to switch from its proof-of-work

Proof of work and proof of stake are both ways of achieving trustless and distributed consensus on the blockchain. Many... More consensus mechanism to proof-of-stake

Proof of work and proof of stake are both ways of achieving trustless and distributed consensus on the blockchain. Many... More. The network has been lately marred by delays in code implementation and this could have also been a reason for this year’s slump in valuation.

As Ethereum developers themselves have singled out, 2018 is the first year the network has gone without any protocol-upgrade or bug-fix hardfork.

However the cryptocurrency community still has a long way to go and, as Buterin emphasizes, the developers are still building the railways (layer 0 and layer 1) for the trains (layer 2 applications) to come. Ethereum definitely wants to be among the builders and it has the necessary financing and manpower. However competition is fierce as EOS, Cardano, T, on and NEO — to name a few — are hunting for the top spot as a decentralized application platform.

Once the first layers are built, the automation process will accelerate so fast that entire industries will radically transform or disappear altogether. Right now, we are trialing how blockchains scale, how incentives influence, and how network effects build up.

While public blockchains are currently less efficient in terms of costs than centralized solutions and private blockchains, public blockchains have one distinct fundamental property: authentic neutrality. Only a provably neutral digital system can achieve social scalability. Social scalability is ensured when a permission-less network can achieve consensus in a public way, even if there are malicious actors trying to tamper with the information.

As development progresses, we ought to see technological innovations and novel ideas that will bring us closer to an autonomous world.

What do you think? Will blockchains play a major role in making our future more autonomous? Tell us in the comments below!

Cryptocurrency Inheritance: What Happens to Your Bitcoins When You Die?