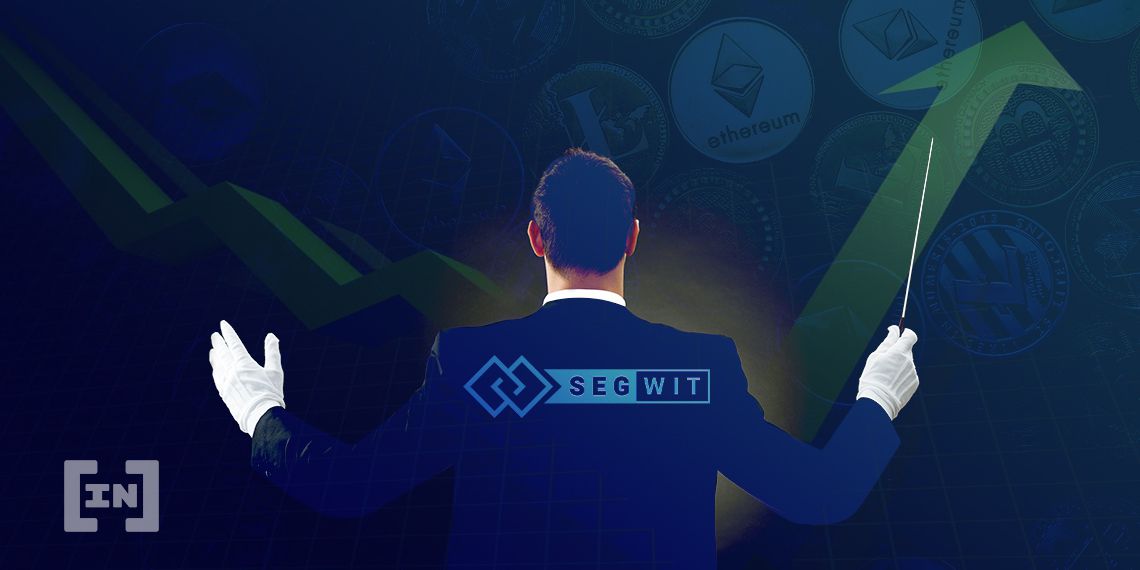 With the return of price increases across almost all crypto assets, the number of addresses in profit relative to the price at which they were acquired is rising.

However, some cryptocurrencies are faring much better than others. The rising prices are also impacting the transaction costs. Higher fees on the Bitcoin network appear to be encouraging greater SegWit adoption. Almost two-thirds of payments now use the block space-saving transaction format.

Most Crypto Investors Sitting in Profit

Around 92% of all bitcoin currently sitting in wallets was acquired at a lower price than the current market price.

Some digital assets outperforming Bitcoin are those that went live after the 2017 mania and they too have a large number of addresses in profit. LINK, VET, CRO, and SNX have all attracted waves of speculative interest during 2020 that have resulted in a breach of their previous all-time highs.

According to data from IntoTheBlock, 95% of ChainLink and Crypto.com addresses are currently in profit. Meanwhile, 94% of VeChain addresses acquired their holdings at a lower price point than today.

Finally, having experienced a mammoth 2,320% price rise in the last twelve months, most Synthetix Network Token holders are sitting pretty.

For any address with a positive balance, @intotheblock identifies avg price at which tokens were acquired, indicating if the address is at profit or loss.

At the other end of the spectrum are crypto assets that were hardest hit by the 2018 bear market. Just 77% of Ethereum addresses, for example, are in profit. Faring even worse are Litecoin, Dash, and Cardano with 55%, 56%, and 57% of wallets now in profit respectively.

As mentioned previously, bullish price action is also causing some transaction fee issues. Perhaps the worst hit is Ethereum. BeInCrypto reported on the rising gas prices last month. The surging interest in DeFi has meant a spike in network usage.

Bitcoin is no outlier in this phenomenon. According to data from BitInfoCharts, the average transaction fee in early August hit almost $6.50. The increasing prices not only make each satoshi used for fees more valuable but also appears to attract greater speculative interest.

While Ethereum waits on a much-anticipated upgrade that aims to address the network’s transaction capacity, the current scenario is attracting greater SegWit use on the Bitcoin network.

SegWit, or Segregated Witness, was added to the network in 2017 as a soft fork. It reduces the amount of transaction data stored on the blockchain. This effectively increases the chain’s capacity.

Recently, BeInCrypto reported that $500 million worth of transaction fees had been needlessly spent since SegWit’s launch. Some network users have wised up to this waste and consequently, SegWit usage is now growing.

Investor and entrepreneur Alistair Milne agrees with this assessment, citing data from transactionfee.info. At around 65%, the number of transactions implementing the scaling solution now sits at an all-time high.

#Bitcoin SegWit adoption continues to march higher
Higher fees give an incentive to switch to SegWit wallets
Eventually bad actors like @blockchain will see their growth reverse and be forced to enable pic.twitter.com/PCdcPSTL8y

Milne argues that companies not using SegWit will eventually be “forced to enable” it. Mentioning Blockchain.com as an example, he states that not making efforts to reduce the block space used per transaction may spell the end for heavy users like exchanges.

In fact, Milne recently put up a 0.1 BTC bounty for the creation of a bot that would simply post “When SegWit?” as a reply to every tweet for companies not using SegWit transactions.

0.1 BTC bounty for an open source bot / service that replies to every Blockchain dot com / BitPay / etc. tweet with "When SegWit?" … just give it permission to use your account and it does the rest