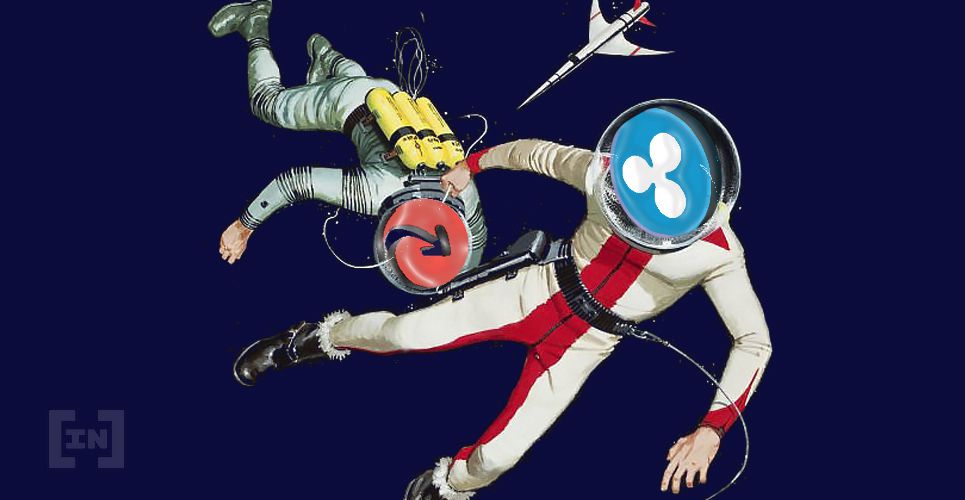 The CFO of Dallas-based MoneyGram, Larry Angelilli, will have a difficult time replacing income lost from the company severing the partnership with Ripple (XRP), due to the SEC suing the cryptocurrency platform in December.

Before the cut, MoneyGram used the Ripple platform as an alternative means of foreign exchange (FOREX), the Wall Street Journal reports.

Angelilli explained that MoneyGram would buy XRP on U.S. cryptocurrency exchanges with U.S. dollars. Then the XRP would move on the blockchain to a foreign currency exchange. There it would be converted into the local currency and deposited into MoneyGram’s accounts. The company said it had been able to reduce FOREX risk by offering almost real-time settlements using XRP.

The partnership had boosted MoneyGram’s bottom line by reducing working capital needs and generating additional revenue. XRP also paid MoneyGram a premium for using its platform and legitimizing it for new markets. Some 15% of the company’s EBITDA last year had come $38 million in net market development fees from XRP.

MoneyGram expects its Q1 results to take a hit from this loss of revenue, as well as a decline in investment revenue because of lower interest rates. The company anticipates that its adjusted EBITDA will decline 3%, year-on-year, to $50 million. Net income also suffered during the previous quarter, amounting to $7.3 million, down from $11.9 million the year prior.

Angelilli said he was at a loss as to how to make up for this shortfall. He added that there are no comparable solutions to facilitate cross-border transactions in real time.

XRP said it was working with MoneyGram to help provide alternative solutions, and find a potential way forward for their continued partnership. “If there’s a resolution to the case, especially if Ripple prevails, then I would say there would be no problem,” Angelilli said. “But that could be a long time.”

XRP and the SEC

In December, the SEC officially filed charges against Ripple Labs Inc, its co-founder and ex-CEO Christian Larsen, and current CEO Brad Garlinghouse. After this, most U.S. cryptocurrency exchanges dropped XRP.

MoneyGram had released a statement clarifying its relationship with XRP, but stopped short of officially cutting ties, which it eventually did.