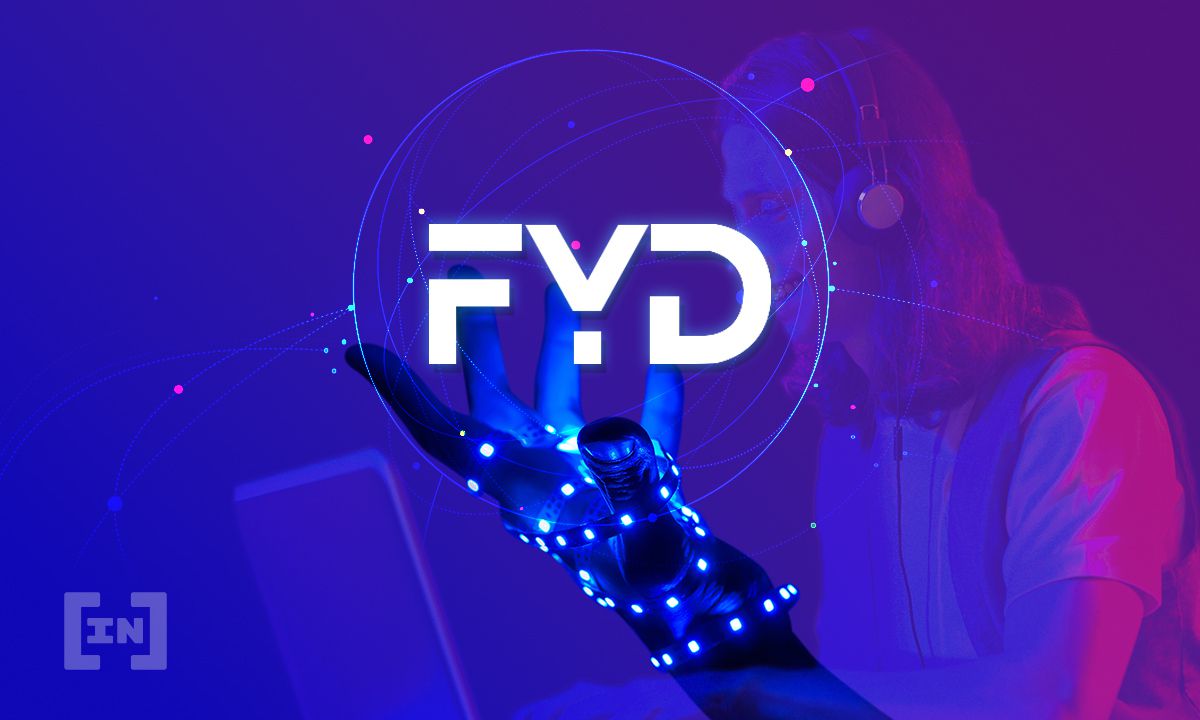 Earlier this October, we shared with you BeInCrypto’s early impression of FYD, an online community of freelancers, businesses, and cryptocurrency enthusiasts.

For those who missed it, our early assessment concluded that at a conceptual level, FYD has shown the potential to disrupt the global freelancing market by building a decentralized, democratic gig economy.

We also promised that we would be keeping a tab on the platform as it moves to implement its visions on the ground. And that’s precisely why we are revisiting FYD today as it releases the beta of FYDme, the project’s homegrown freelancer marketplace. 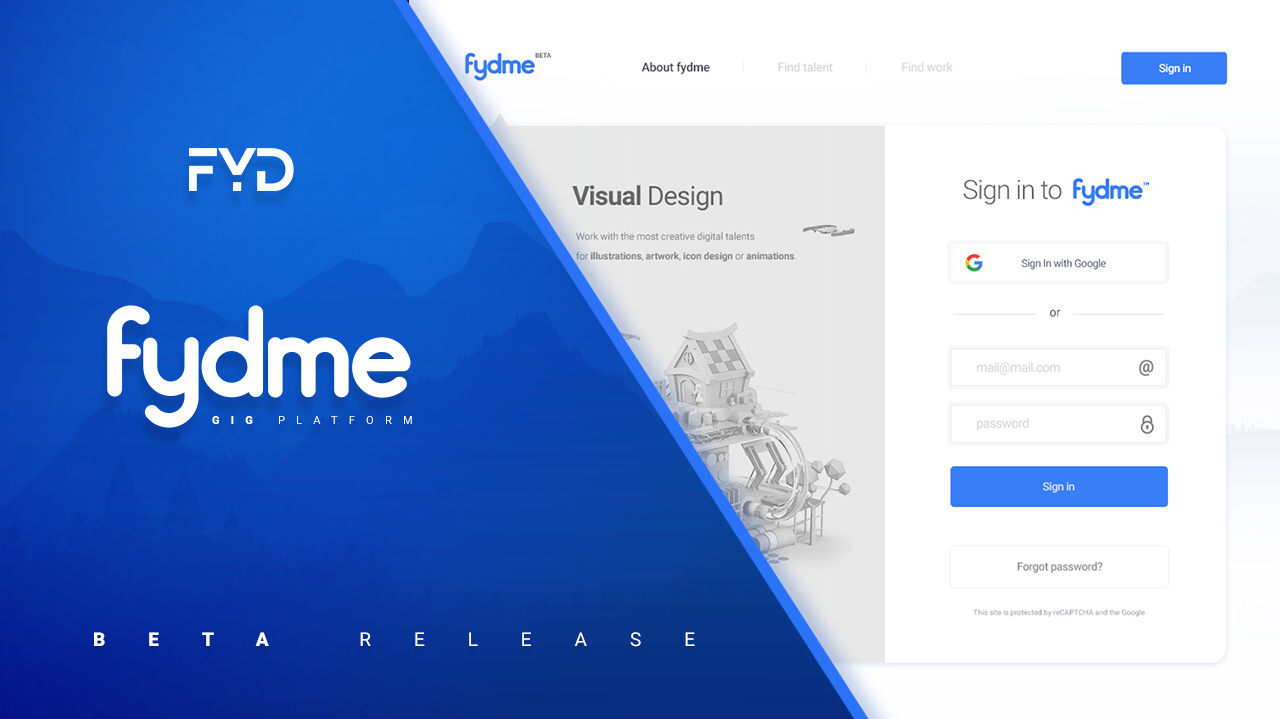 For starters, FYDme BETA gives a much clearer insight into the project’s direction. Ease-of-use is one aspect the FYD team seems to have made a top priority and that’s evident right from the sign-up/log-in page. You can create an account with a single click using Gmail, or sign up using any other email address.

Once in, you can start sending and receiving funds in FYDcoin (FYD) using only email addresses. No need for lengthy and complicated public keys/addresses. This is to ensure that even users with little to no prior exposure to crypto find the platform intuitive. 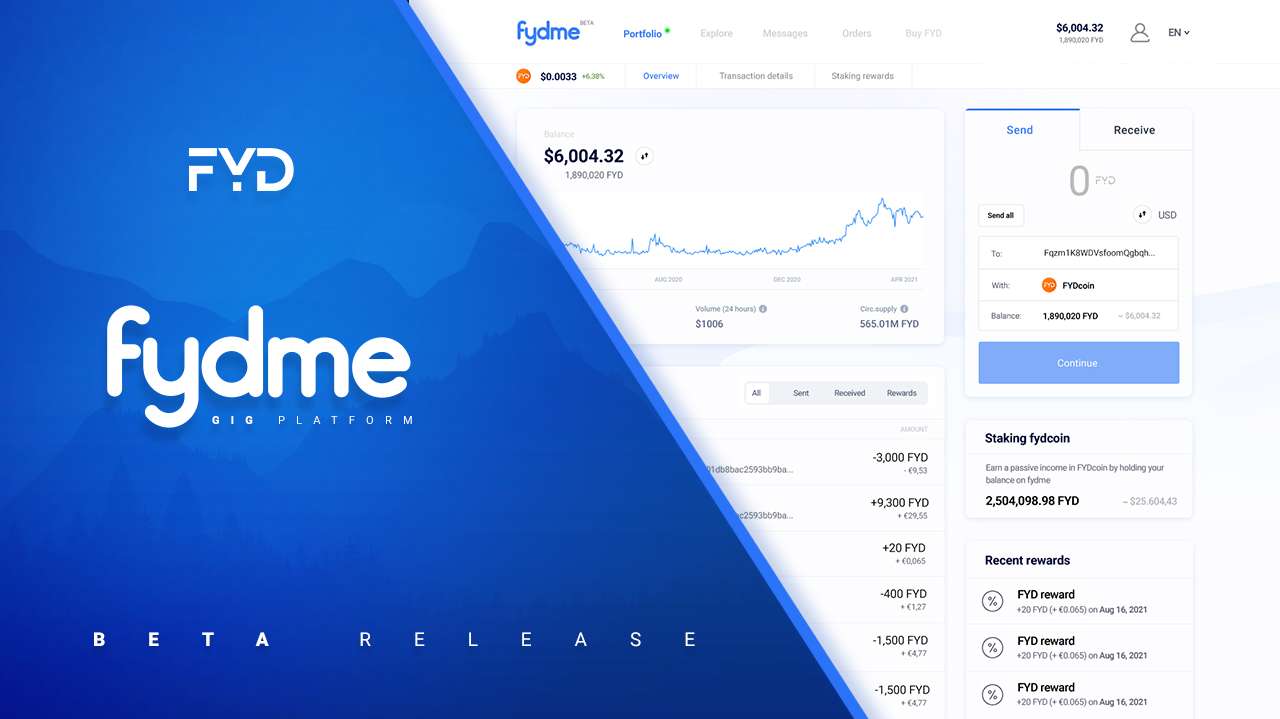 FYDme is available as a React app and you can use it across all devices including mobile, tablet, PC, and MAC.

You can start staking FYD anytime to earn a steady passive income, all you have to do is maintain an active balance on FYDme, or in your FYD desktop wallet. FYDme BETA enables you to stake FYD with a minimum amount of only 5 FYD. Of course, the higher the balance in your account, the higher the scope for earning. And the best part — the payout is done daily.

You can stake FYD using any desktop or laptop computer — no expensive hardware or setup is needed. If for some reason you are unable to stake on a desktop wallet, FYDme BETA brings along a mobile-friendly solution that enables you to stake FYD on any mobile device.

Furthermore, if you manage to acquire 400.000 FYD, you are able to host a masternode. By hosting a copy of the blockchain on a server, you are able to earn more rewards than staking while keeping your FYDcoin in cold storage. The rewards of an FYD masternode can be staked as well, increasing your passive income in FYD. 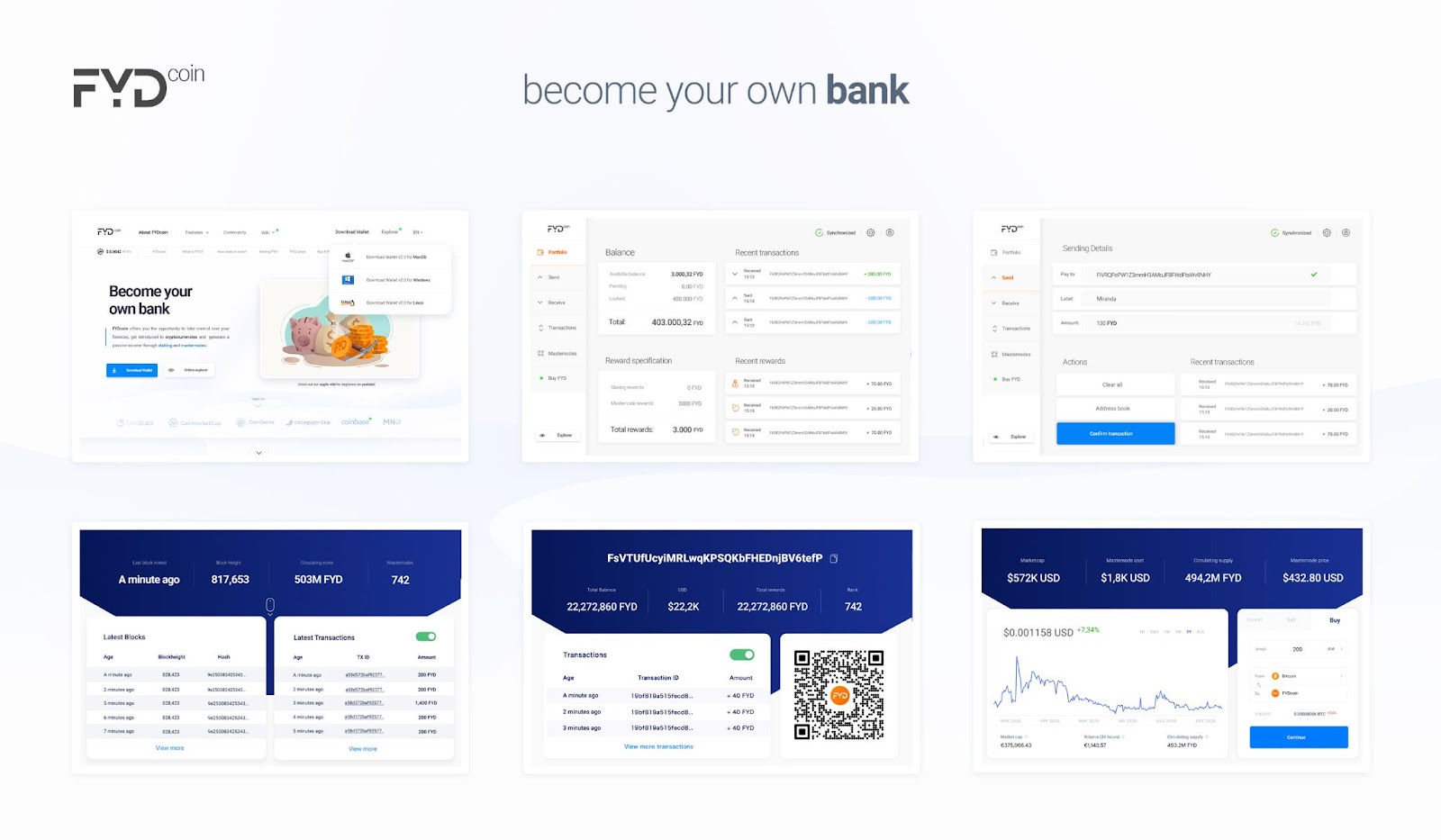 FYDme is the first use-case of the broader FYD ecosystem. It is an online marketplace that connects freelancers with prospective clients. The ultimate objective of FYDme is to leverage blockchain technology, decentralized applications, and digital currencies to redefine the way online freelance marketplaces operate.

FYDme is backed by FYD’s automated treasury fund and it is open to freelancers from all walks of life including web designers, accountants, consultants, programmers, animators, authors, and online content producers, among others. Through the use of smart contracts, freelancers can connect to and do business with their clients in a completely trustless manner.

There’s no room or scope for biased judgments from an intermediary during disputes, which has been traditionally a big problem for freelancers on conventional freelance marketplaces.

Another major difference between centralized (read: conventional) freelance marketplaces and FYDme is that freelancers and clients can connect peer-to-peer without having to pay any fees to a third party. That means, on FYDme, freelancers keep 100% of their earnings.

In contrast, despite only playing the role of an escrow service between freelancers and their clients, centralized freelance marketplaces typically levy a hefty platform fee that can go as high as 20% or even more.

All in all, the FYDme BETA release counts as a timely and encouraging new development for the FYD community. At the time of writing, FYDswap and the gig functionalities are pending, so we will have to wait some more to get a full 360-degree view of the platform.

That said, the FYD team has done a pretty neat job by making it easier for newcomers to enter crypto and generate an FYD address.

Furthermore, the ability to send and receive crypto (FYD) using only email addresses is another huge advantage that makes the platform more intuitive to even newbies. And finally, the BETA launch also makes it possible for users with relatively low balances to stake FYD and earn a steady passive income in crypto.