By Anton Lucian
20 July 2019, 09:35 GMT+0000
Updated by Adam James
22 July 2019, 15:18 GMT+0000
Zimbabwe’s government may have banned foreign currencies, but some of its middle-class residents are looking to cryptocurrencies as an alternative. Currently, Zimbabwe’s native currency is worthless outside of the country.
Tech-savvy Zimbabweans are putting their money in Bitcoin to preserve their wealth and demand is booming in the country, according to recent reports. Despite Zimbabwean authorities banning banks from processing Bitcoin-related transactions, that has not stopped a growing minority in the country from buying cryptocurrencies. The increased demand has been stoked by fears of another hyperinflationary crisis in Zimbabwe. Just last month, the country’s inflation rate rose to 175% and many fear that it will get worse.

Confidence Nyirenda, director of Golix Crypto Exchange, told VOA news recently that cryptocurrency-related business in Zimbabwe is booming. “We have seen a lot of people coming to us saying, ‘l want to move X amount of money’ or ‘l want to purchase a car in Japan,’ stuff like that, and we are accommodating them,” he said. Government officials, however, remain skeptical of Bitcoin and other cryptocurrencies. Prosper Chitambara of the Labor and Economic Development Research Institute of Zimbabwe still believes that cryptocurrencies are far too volatile. Any positive spin-offs will be “difficult to embrace… unless we have that physical infrastructure and also regulatory infrastructure,” he said. Yet, for many Zimbabweans, these risks pale in comparison to their country’s own currency which is seen as far more volatile. Therefore, Bitcoin is viewed as a “safe haven” and a growing number of Zimbabweans have been rightly ignoring the government’s warning. 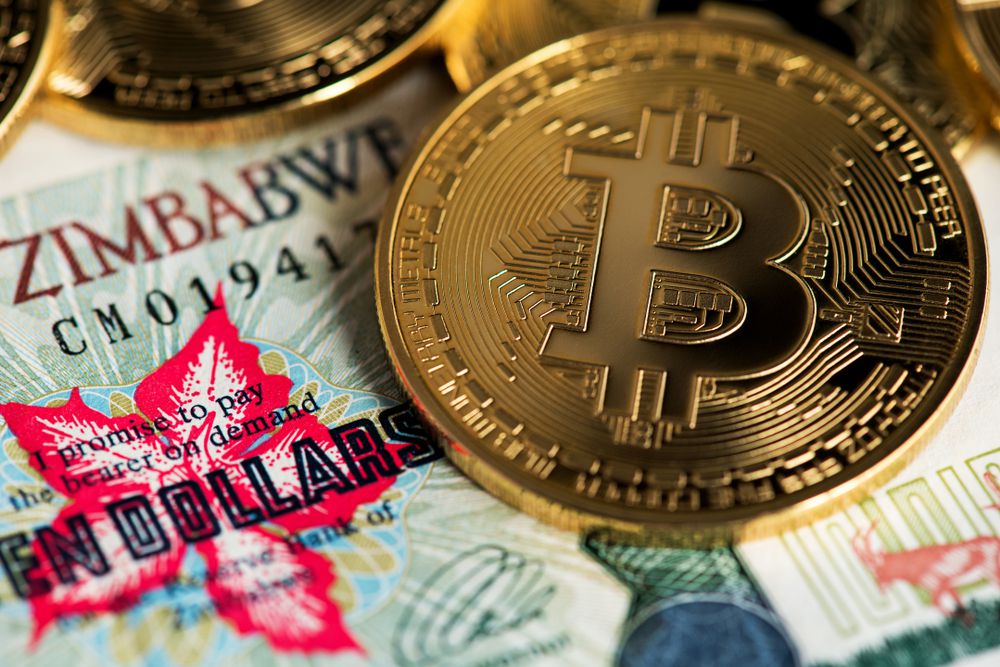 A Hedge against Hyperinflation

Some crypto-analysts believe that Bitcoin could someday serve as a stateless reserve currency of the world once it stabilizes. Inherently apolitical, Bitcoin provides an alternative to countries suffering from hyperinflation. That’s partly why cryptocurrencies have grown to become especially popular in countries like Venezuela, Iran, and Zimbabwe. Whereas previously countries suffering from hyperinflation effectively trapped its citizens, Bitcoin provides an alternative asset for citizens to park their funds. Moreover, countries experiencing high inflation rates often were forced to peg their currencies to the dollar to stabilize it; with Bitcoin, this is no longer necessary. It remains to be seen whether any nation-state in the future will find it viable to peg their currency to Bitcoin to prevent hyperinflation. However, the possibility is there and Zimbabwe’s own citizens are taking things in their own hands. Do you agree that Bitcoin could serve as the reserve currency of the world someday? Let us know your thoughts below. Image courtesy of Shutterstock.

Bitcoin Realized Return Back in the Green, Is BTC Heading for $24,000?

Bitcoin vs Nuclear War: Will the Crypto Survive?