Crypto Twitter is awash with a brand-new discussion, as far as industry topics go. Is climate change real? Most are saying yes and bringing the facts and figures to prove it. Who they’re up against is bitcoin economist and author of The Bitcoin Standard, Saifedean Ammous — who claims carbon dioxide is not pollution.

Update (2019-06-18): Since the publication of this article, Ammous has reached out to its author demanding a correction be made. He took issue with the fact that the author inferred that he denies climate change when the topic of the Twitter debate centered around whether or not carbon dioxide is a pollutant. When asked for a statement about whether or not he denies climate change, Ammous declined to offer such a statement. The headline and text of the article have been updated to reflect that Ammous claims to have not explicitly denied climate change.

Software engineer Pierre Rochard tweeting, denying the latest research findings that bitcoin is emitting as much carbon as Las Vegas. Rochard was of the opinion that:

Ammous then jumped on the bandwagon, unleashing a rather one-sided tweet war by denying that carbon dioxide is pollution. The only people, he said, who believe that CO2 is a problem are U.S. Government propagandists at U.S. government-financed universities. “Nobody serious thinks it’s a pollutant,” he declared.

Carbon dioxide is an essential component of all living things. Nobody serious thinks it's a pollutant, only US Government propagandists at US government financed "universities" think it is a pollutant.

How Many Economists Does It Change to Change Public Opinion About Climate Change?

He had a hard time, however, finding supporters for his outrageous claims. User after user replied with solid logic and links to studies and reports refuting his statements about CO2 and its relationship to climate change. Yet Ammous kept going.

Twitter user @CryptoGuaica stated that he himself had collected and studied CO2 data for over 20 years. He added that unless Ammous had undertaken such work himself, his statements about the pollutant were only opinion and propaganda.

In response, Ammous complained that all he’s asking for are testable hypotheses and evidence. Instead, all he gets are “sanctimonious pricks claiming authority and feigning disbelief that I can dare to believe what they have been brainwashed to regurgitate.”

Until he has those facts about climate change he so desires in hand, anyone who speaks out in favor won’t be in his good books. He refers to such people as New York Times-reading simpletons employing a “moronic appeal” to authority.

He also touted his book as an ultimate authority on resource depletion, stating:

“WRONG! People who worry about resource depletion are a far, far bigger threat. See my book!”

To this, user @TrevorCampbell_, who holds a degree in chemistry and biology, replied:

“If this ain’t the most self-righteous thing I’ve ever seen…your book is great, but that doesn’t mean it is the all-telling, unwavering source of truth. You’re an economist, not a scientist. Don’t make scientific claims unfounded in reality. CO2 is a pollutant — the world knows.” 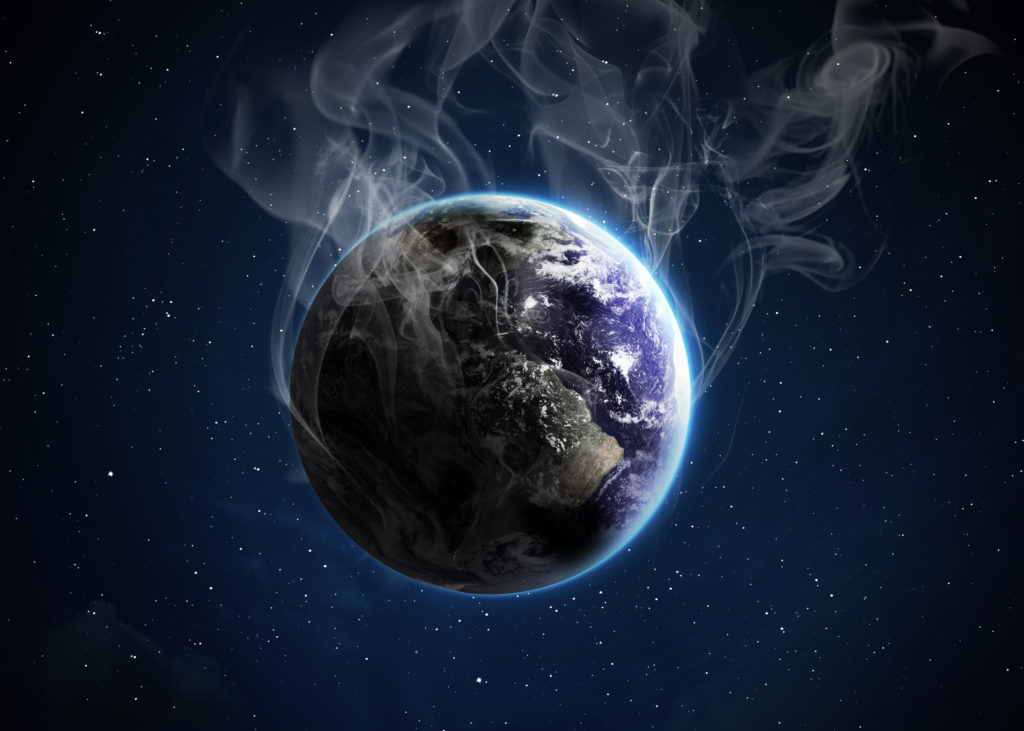 Unleashing the Critical Thinking Powers of the Crypto Community

While the crypto community is divided on whether bitcoin is environmentally destructive, an overwhelming majority has reached a consensus about climate change.

Citing everything from NASA to palaeoclimatology to health studies, Twitter came together with science. Someone used even the Pope as proof that no one denies climate change anymore. Said Calvin Kim, co-organizer of the Seoul Bitcoin community:

“It actually isn’t appealing to authority if that certain entity has actual research and expertise behind a certain topic.”

As a reminder, this comment thread didn’t focus on the effects bitcoin mining has on the environment or what role cryptocurrency plays in CO2 emissions. It centered on whether excessive levels of carbon dioxide is harmful on a planetary scale.

Ammous continues to disagree about CO2 as a pollutant. Anyone who responds with disbelief (over his statements, it’s implied) are admitting to being a “brainwashed fool”.

What is your stance on Ammous’ thoughts? Tell us in the comments section.

Facebook Libra Will Kick Off a Wave of Corporate Cryptocurrencies, Predicts Cameron Winklevoss