Galaxy Digital CEO and Bitcoin bull Michael Novogratz is prioritizing philanthropy efforts and making the reformation of the United States’ criminal justice system a particular focus. The Novogratz family’s philanthropic initiative, Galaxy Gives, has so far donated roughly $36 million towards the cause.

Galaxy Gives was recently acknowledged in an article by Inside Philanthropy, wherein Novogratz spoke of a “broken criminal justice system” in the United States and the many Americans tangled up in it.

On days crypto causes pain, I remind myself that we have 6.5mm Americans stuck inside a broken criminal justice system. Thanks to @InsidePhilanthr for helping to tell that story. https://t.co/wz0SbVRqGO

The Inside Philanthropy story detailed the ambitions of Novogratz and his wife Sukey Novogratz, an author and philanthropist, to break down barriers in society that are a result of poverty and racism. Novogratz stated,

“I thought I was generous, but looking at 10 years of giving, it struck me that I wasn’t as generous as I thought. My wife and I decided to push our giving higher. When you start digging into the criminal justice system, you get outraged because of the unfairness of the whole thing.”

Novogratz recently appeared on the CNN network, talking about the U.S. criminal justice system and the need for reform.

Getting real about the REAL Act! Just under half of all convicts return to prison within 3 years, yet access to college level education can reduce that stat by 43%. @novogratz explains why US prison reform makes good “economic sense” @bailproject @REFORM @galaxy_gives pic.twitter.com/oGtA5l9oy5

Numerous Bitcoin and cryptocurrency projects have focused on aiding no-profits and charitable causes. The ability to almost instantaneously transfer funds has proved to be a real boon for such organizations. 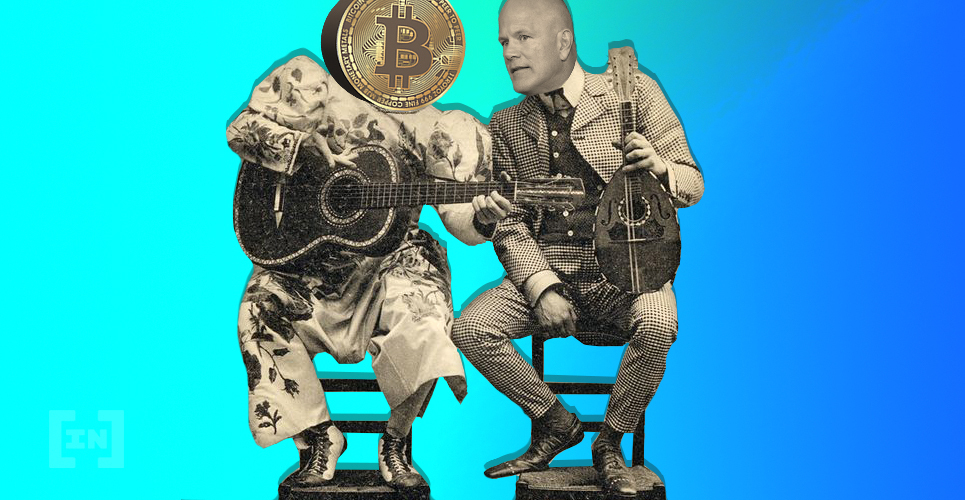 Novogratz is very well known in the cryptocurrency community, both for his bullish stance on Bitcoin and cryptocurrencies and for his work through Galaxy Digital. He also gained some attention for dismissing worries expressed by the wealthy when US presidential candidate Elizabeth Warren proposed a ‘wealth tax,’ aimed at those with billionaire levels of wealth.

Novogratz is a firm believer in both Bitcoin and Ethereum, saying that the latter is “by far the most robust Web 3.0 platform” and even that it’s “way ahead of Bitcoin,” at this year’s Ethereum Summit. Despite this remark, Novogratz still has a positive opinion of Bitcoin, even going as far as saying that it has established itself as a store of value.

Michael Novogratz Likens Beyond Meat’s Surge to the Bitcoin Bubble

Gary Cohn may no longer be advising White House on economic matters, however, he...

Chainlink's Wyckoff Chart Suggests a Bearish Market Cycle Is Near