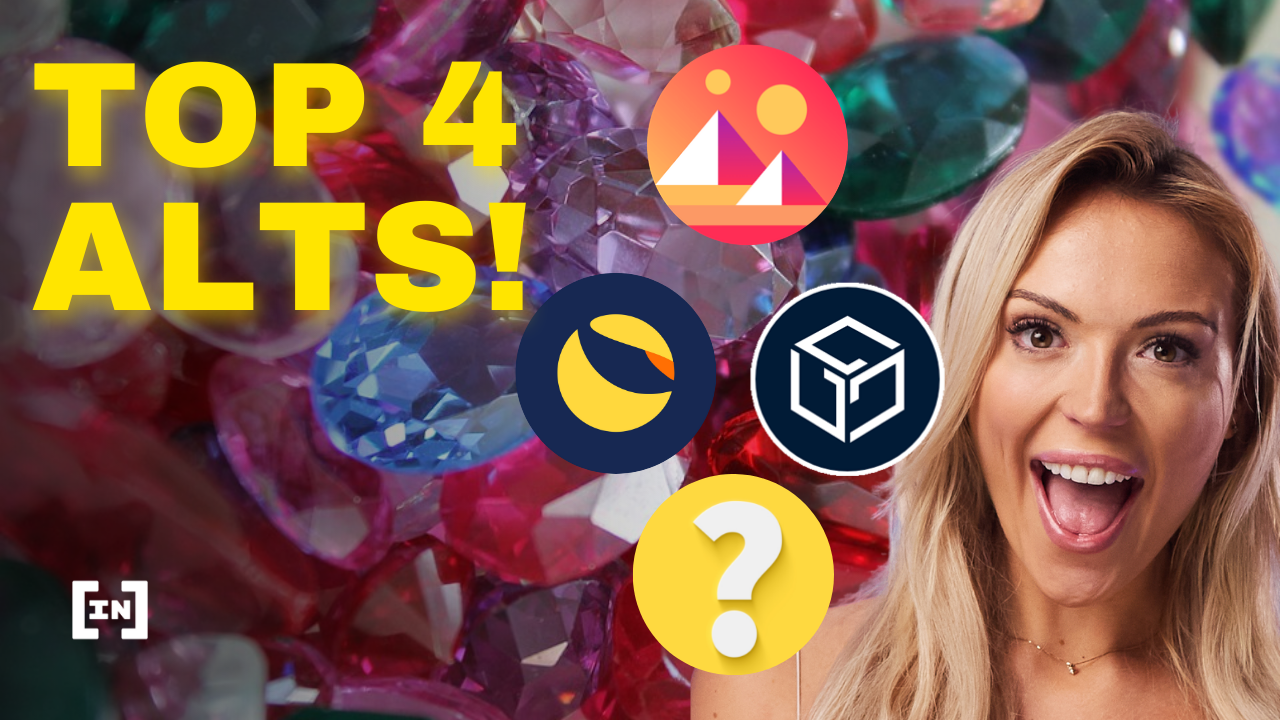 We are back with our top altcoins series on the BeInCrypto channel and this could be one of the strongest groups yet. We’ve got Luna, we’ve got metaverse tokens, as well as a couple of dark horses, so keep watching till the end to compare all of them and make an informed decision about which altcoins you’re going to invest in December!

LUNA tokens soared nearly 17% on Tuesday this week upon news that the decentralized financial institution Terra has passed its first proposition under new voting period parameters. And this seems just like another leg in Luna’s 900% growth since July.

Let’s start with the big picture. Terra network’s state of development activity has also been pretty impressive, of late. The same was seen revolving around its yearly high, at the time of writing. This essentially means that developers are constantly working towards keeping the project relevant. Not only for sustenance, but for competition too.

But why is this latest spike happening now? Well, it came after Terra Luna announced that more than 92% of stakeholders participating voted in favor of a proposal to issue a “community grant” to pay a developer working under the handle Rebaz to “continue with a massive overhaul of TrackTerra.”

As the company explained in a tweet, this application will permit Terra transactions to be exported to “popular tax software.” This will ideally ease reporting requirements as global governments establish new rules requiring that cryptocurrency income be reported to tax authorities for tax assessment.

Rebaz will be paid a total of $42,680 in the form of 1,041 LUNA tokens for this work, which will take another one or two months to complete.

Tax reporting is set to become a bigger problem for cryptocurrency investors, and as Terra Luna notes in its report, there’s currently only “one competitor to trackterra which is stake tax,” and “this solution is nearly unusable … doesn’t have support for many terra transactions and is also not opensource.”

For investors in stablecoins in particular, this suggests that Terra Luna has a product that will soon be in great demand. That’s why it’s very likely that Terra Luna will continue gaining more and more fans.

Number two on our list is the MANA token of Decentraland, which probably isn’t too much of a surprise. It has surged 300% during the past month. It is currently hovering roughly around 20% below its all-time high price in late October.

Decentraland is essentially a decentralized virtual world developed on the Ethereum  blockchain. It enables users to purchase and trade digital land through digital assets and then effectively monetize them. Users have complete ownership of their virtual land and can carry out multiple activities on the platform.

Decentraland even had its own meta-festival, the first of which took place between ​​October 21 to 24 and was a huge success, attracting 50,000 virtual attendees that claimed 11,204 unique digital non-fungible tokens (NFTs). The company also said it gave out 51,947 proof-of-attendance protocols in the form of NTFs to participants.

Decentraland is one of the oldest metaverse projects in the market today. The Facebook rebranding event was the catalyst that MANA needed to burst out of obscurity. Moreover, its development is commendable considering the problems that the project has encountered since its inception.

Most investors might feel that the platform went through a watershed moment late in October, however, the reality is that there has been significant institutional demand for MANA since March this year. The amount of funds held in Decentraland’s Grayscale Trust has grown over 50% since March.

Additionally, in the future, Decentraland has plans to work on the interoperability of its metaverse with other crypto metaverse worlds. It will be using a protocol in IPSME (Idempotent Publish/Subscribe Messaging Environment) to achieve its goals.

Most crypto analysts believe that MANA has a bright future ahead and will continue rallying to new heights. Moreover, Decentraland will continue to gain more traction as the ubiquity of the metaverse grows over time. And if this sentiment sounds nice and positive, the chart reflects the sheer number of people who believe that it will come true.

At number three we have Stacks, a layer-1 blockchain project and its STX token. The reason we’ve included this altcoin is that its price has just passed a critical level according to our analysis. Let’s see what this project is about and do a bit of chart analysis to uncover where it’s headed next.

Stacks is a layer-1 blockchain solution that is designed to bring smart contracts and decentralized applications (dApps) to Bitcoin (BTC). These smart contracts are brought to Bitcoin without changing any of the features that make it so powerful, including its security and stability.

These dApps are open and modular, meaning developers can build on top of each other’s apps to produce features that are simply not possible in a regular app. Since Stacks uses Bitcoin as a base layer, everything that happens on the network is settled on the most widely used arguably the most secure blockchain in operation — Bitcoin.

The platform is powered by the STX token, which is used for fueling the execution of smart contracts, processing transactions and registering new digital assets on the Stacks 2.0 blockchain. Stacks looks to take what makes Bitcoin so powerful, and extends it with additional functionality, without needing to fork or change the original Bitcoin blockchain.

It does this by connecting directly with the Bitcoin blockchain through its proof-of-transfer consensus mechanism, which has miners pay in BTC to mint new Stacks tokens. Moreover, STX token holders can also stack (not stake) their tokens to earn Bitcoin as a reward.

On top of this, Stacks was the first cryptocurrency to receive SEC qualification for a sale in the United States, allowing it to launch a $28 million Reg A+ sale cash offering for its STX tokens in July 2019.

Upon viewing the chart and we can quickly see that the price right now is trying to break the all-time high that was set about a month ago. There has been a 50% rush in the last couple of days and if the price manages to breach the critical level, we think this could be a runner in December!

Last on our list of top altcoins to watch in December is GALA. It’s been on a tear recently and we thought it deserves a deeper look. The main thing about Gala Games is that it aims to take the gaming industry in a completely different direction, by giving players back control over their games.

Gala Games mission is to make “blockchain games you’ll actually want to play.” The project wants to change the fact that players can spend hundreds of dollars on in-game assets, and countless hours spent playing the game, which could be taken away from them with the click of a button.

Players can own NFTs and influence the governance of games within the Gala Games ecosystem. The Founder’s Nodes voting mechanism allows players to influence what games Gala should develop and what games should get funding.

Besides buying NFTs for specific games, Gala Games also utilizes GALA – its own utility token. So far, Gala Games has released one playable game – Town Star and an NFT collectible series called VOX. It plans to release more games in the future, such as a fantasy RPG game, a sci-fi strategy game and a tower defense game.

Since launching in 2019, Gala Games has grown to 1.3 million monthly active users, and 26,000 NFTs have been sold, with the most expensive piece valued at $3 million. It’s easy to see why there’s enthusiasm around this altcoin but the chart is a bit tricky on this one. This is a very, very young chart as it’s only available from the start of November on most platforms. But we think the explosive growth of around 1,000% warranted a review.

Things do seem to have slowed down in the last several days here, but if you notice, there is a trendline here and it still hasn’t been broken. We think GALA could be ripe for a rebound with plenty of momentum, especially if the broader market continues upwards in December.