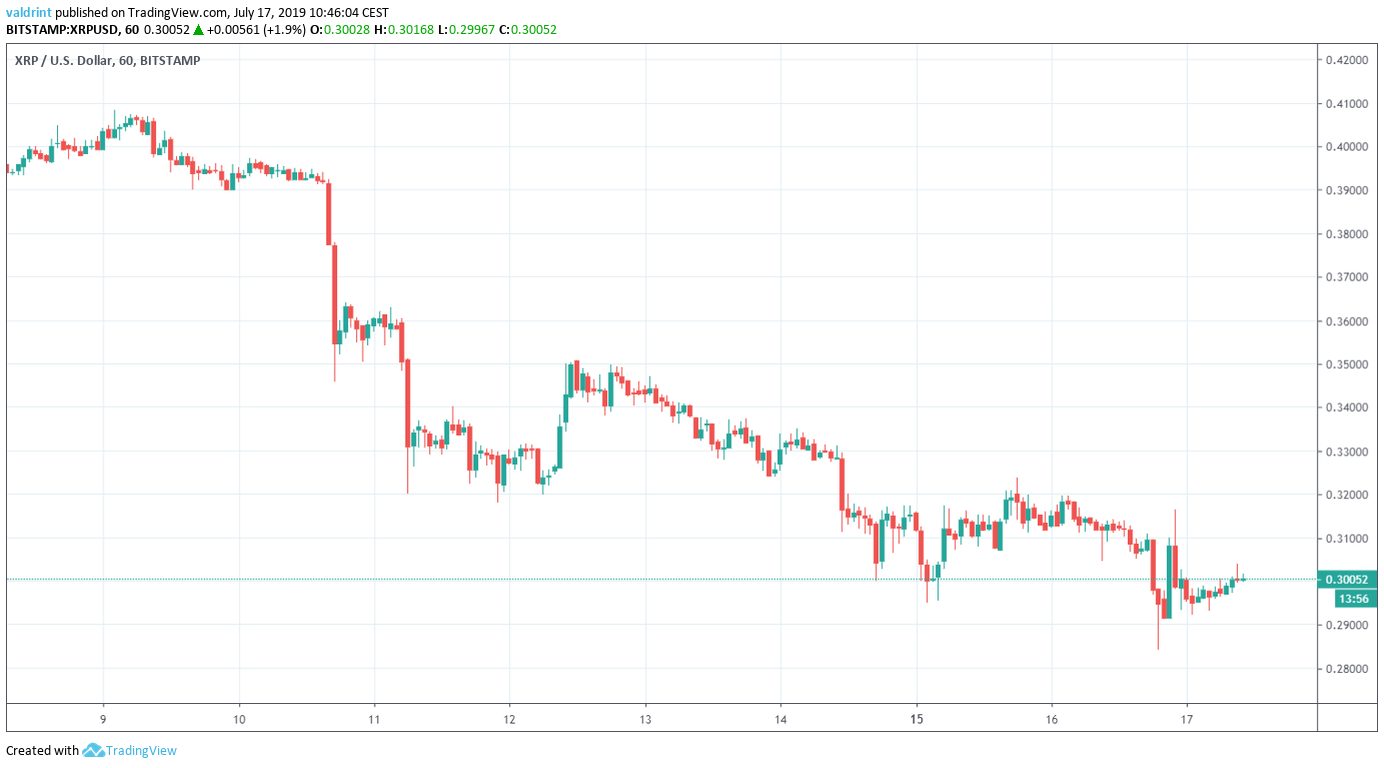 When will the decrease end for XRP? Keep reading below in order to find out.

XRP Price in a Descending Channel

A look at the hourly time-frame shows that the XRP price has been trading inside a descending channel since July 11. 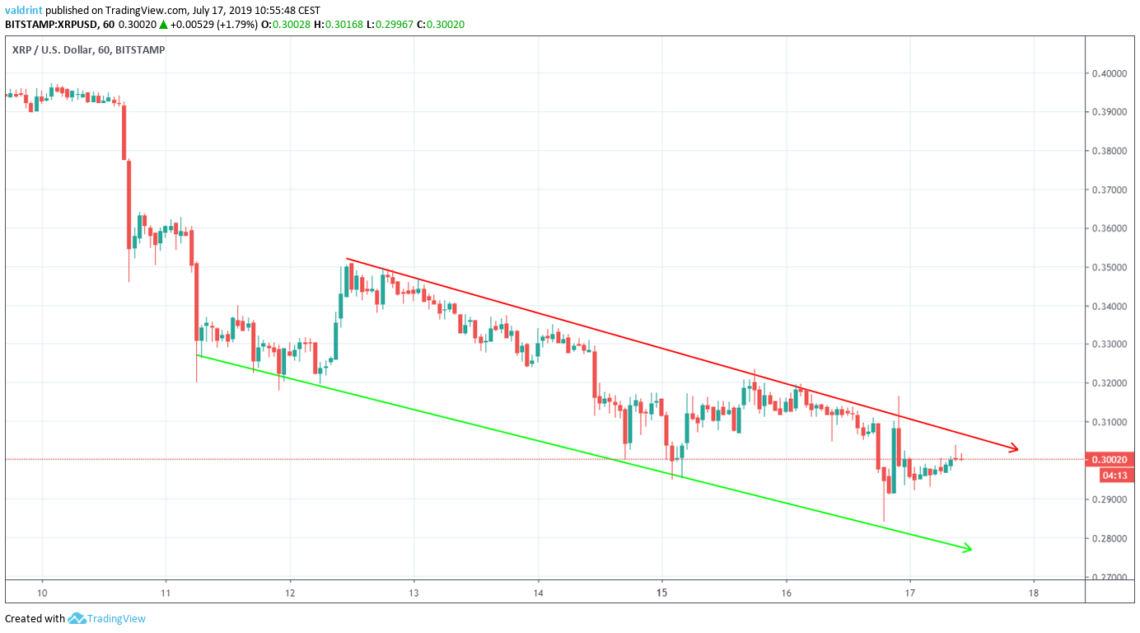 At the time of writing, it was trading close to the resistance line of the channel after making an unsuccessful attempt at a breakout the previous day.

Will it do so again?

A look at the RSI and the MACD suggests that this is likely. 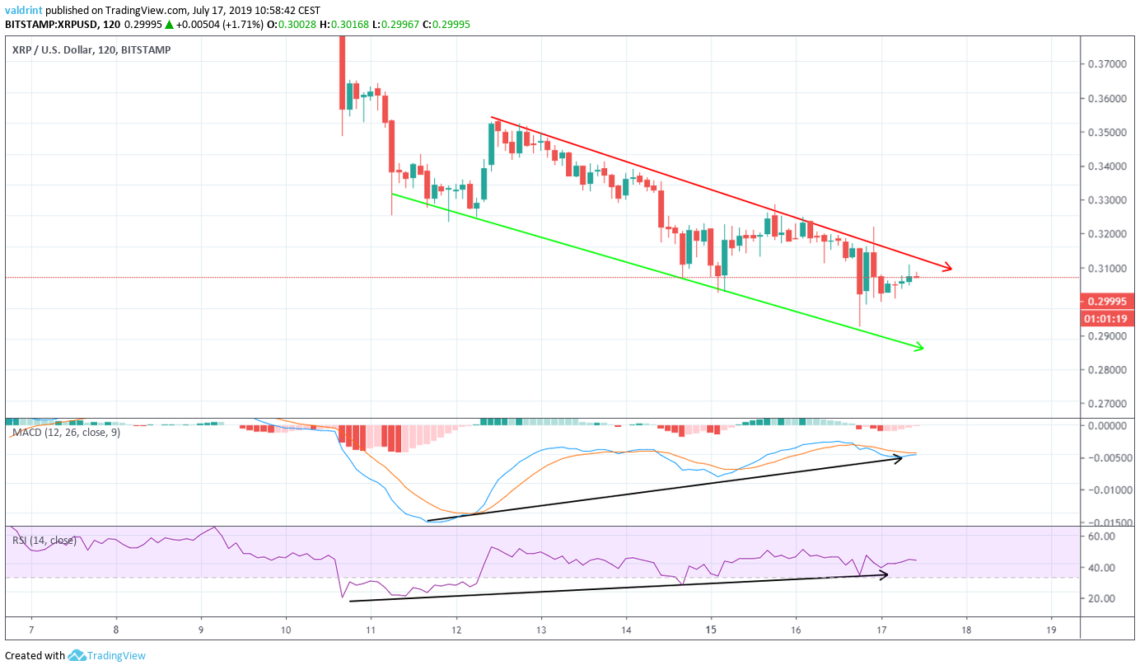 Both have been generating bullish divergence since the beginning of the channel on July 11.

While it is not present in time-frames longer than six-hours, the divergence is very significant and is visible in both indicators.

Therefore, momentum indicators suggest that the XRP price is likely to break out soon.

If it does, where will it find resistance?

If the XRP price breaks out, one resistance area is outlined below. 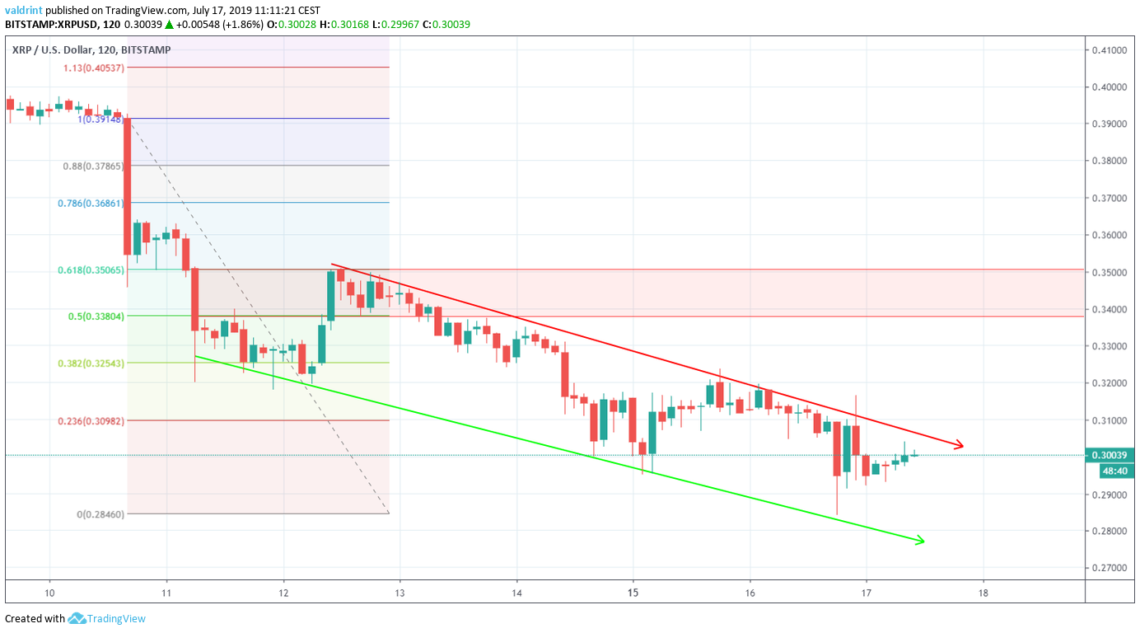 Also, this is the level which marked the beginning of the resistance line of the channel, further increasing its significance.

A look at a longer-term time-frame shows that the XRP price has been trading inside a symmetrical triangle since August 2018. 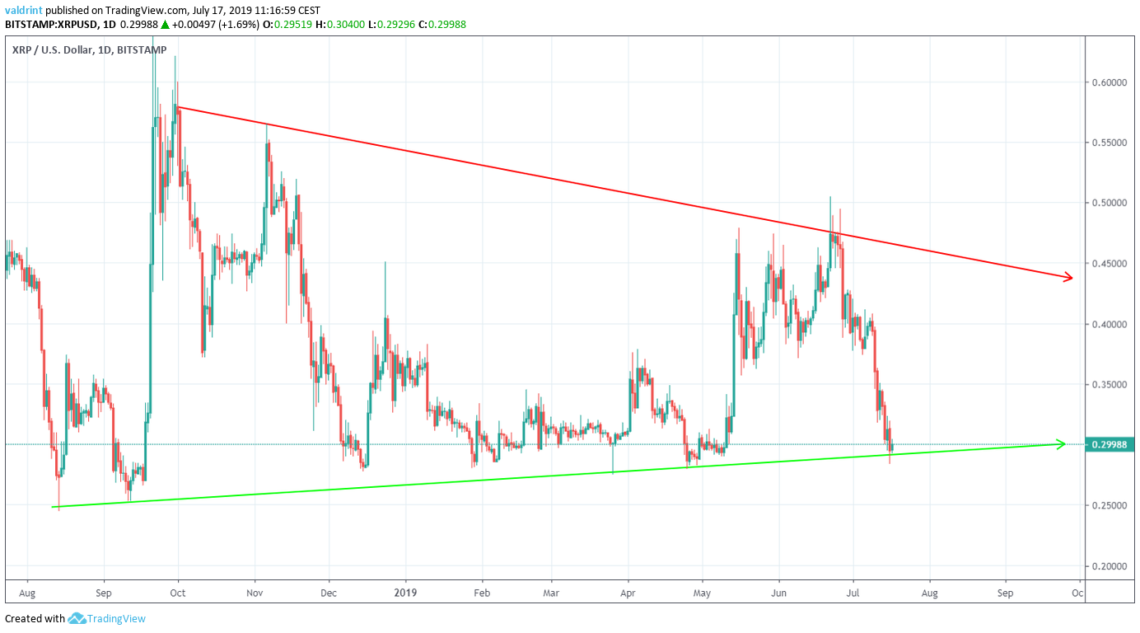 Additionally, the support line of the triangle coincides with that of the channel.

We believe this to be unlikely.

Therefore, the presence of the triangle further supports the hypothesis that the XRP price will soon break out from the channel.

The XRP price has been decreasing since July 11, trading inside a descending channel.

According to our analysis, the XRP price is likely to break out from the channel and reach the resistance area outlined above.

Do you think that XRP will break out from the channel? Join our Telegram group.

Following their impressive gains over the past week, cryptocurrency markets and Bitcoin are pulling...

EOS Price Analysis: How Long Will EOS/USD Continue Its Decrease?