While Bitcoin has been steadily gaining value throughout 2019, several other cryptocurrencies have lagged behind. Notably, while most have increased in USD value, the rate of increase has been slower than that of Bitcoin. This means that even though they are worth more USD than at the beginning of the year, their BTC value has plummeted.

XRP, however, has begun to quickly make up the lost ground. This has been especially visible during the most recent four weeks.

Cryptocurrency enthusiast @ElectroneumBoy noted that looking at the weekly time-frame we have had four bullish candle closes in a row. This means that for four weeks the XRP/BTC price has been higher than the preceding week.

#XRP closed the week with a fourth green candle against Bitcoin. pic.twitter.com/589XDwurTF

Besides the obvious gain in value, this is also a bullish sign as it regards to technical analysis.

BeInCrypto suggested this upward move might begin earlier in September.

The weekly moving averages (MA) support the initiation of this upward move.

XRP has moved above its 10- and has almost reached the 20-week MA. 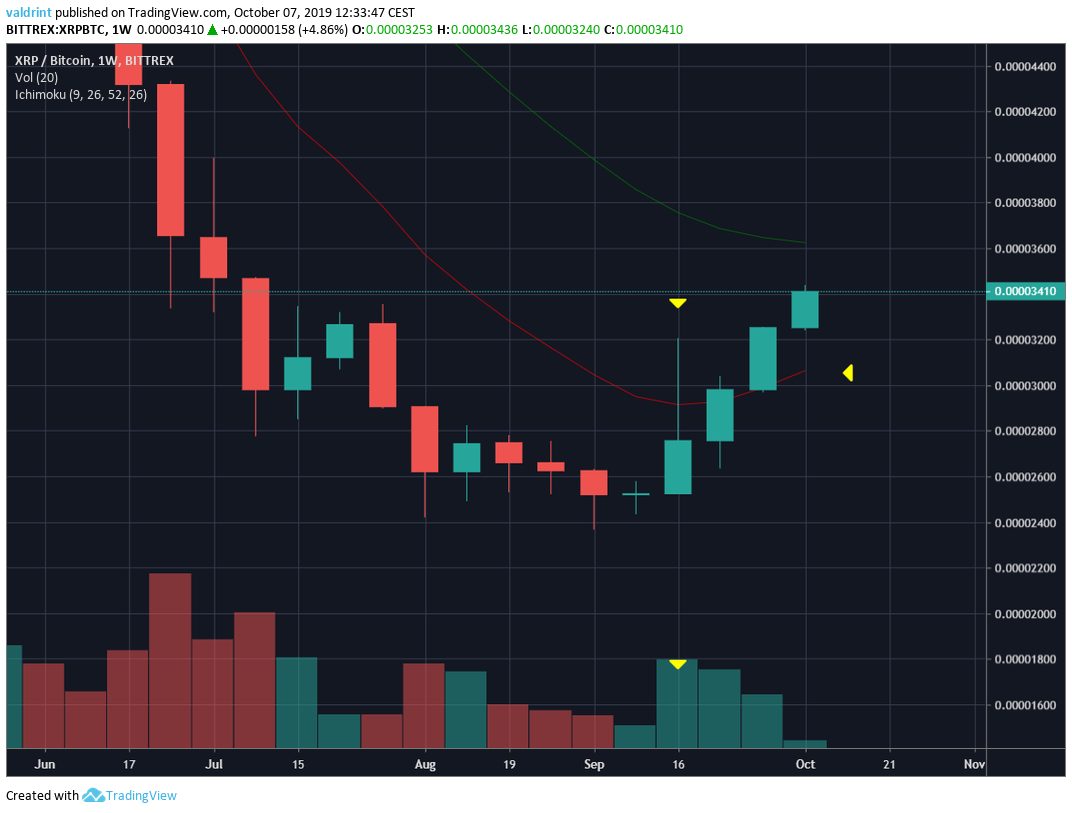 They are both moving upward, possibly getting ready for a bullish cross.

This would act as a confirmation that the upward trend has begun.

Additionally, there are are other bullish signs, such as the increased volume and the close inside the long upper wick of September 16-23.

This is especially important since it means that the previous selling pressure is dissipating.

However, MAs are not the only indicator providing a bullish outlook for XRP.

This upward move was preceded by bullish divergence in both the RSI & MACD. 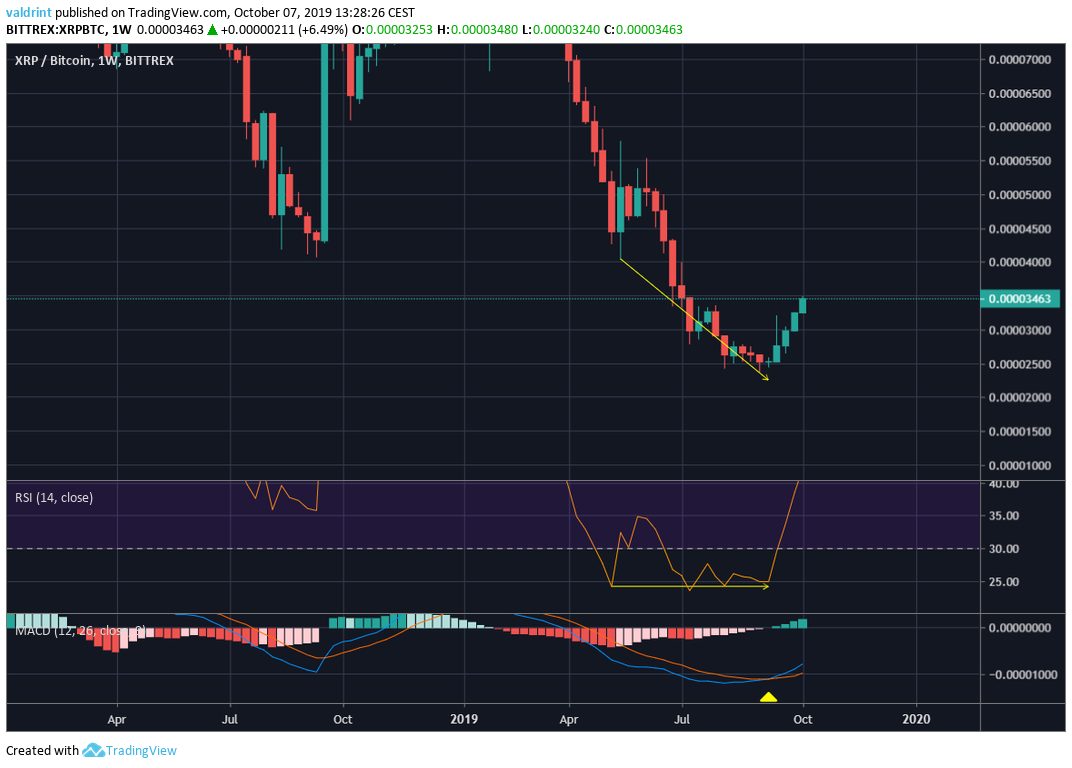 Furthermore, the latter has just made a bullish cross and is moving towards the 0 line.

This cross often precedes that of the MAs.

So, most long-term technical indicators suggest that XRP is likely to continue its upward move.

If the upward move continues, two resistance areas are given below. 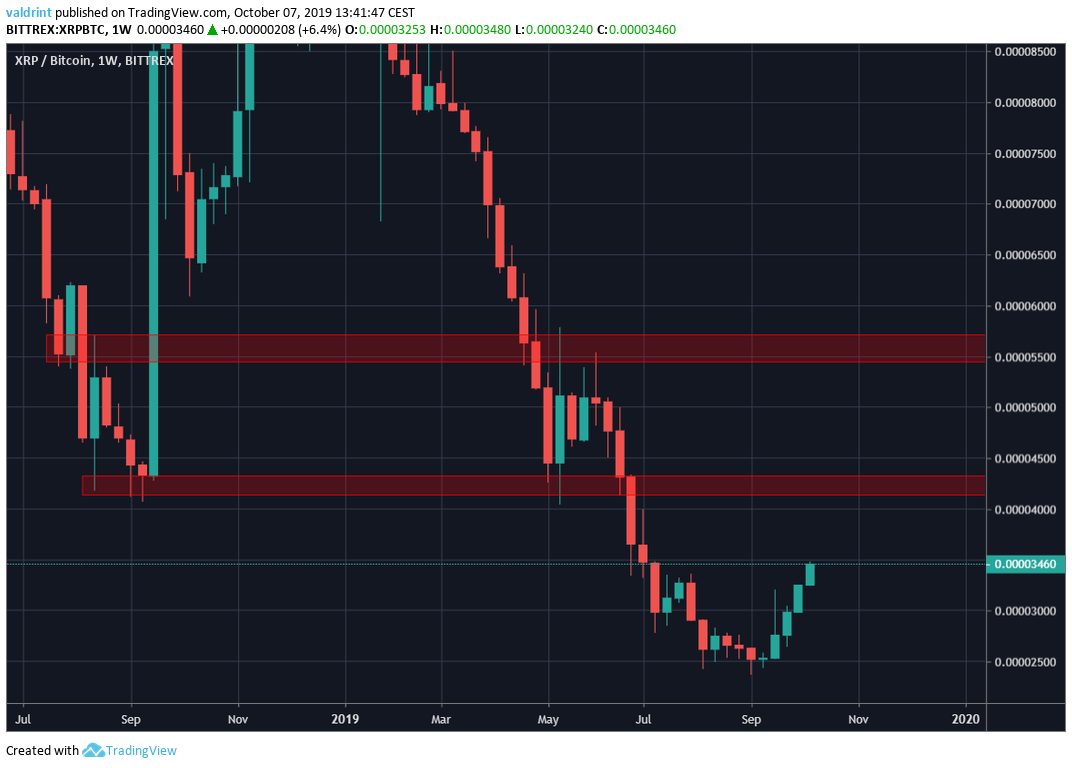 While the price is still a long way from reaching them, it has already taken the first steps of doing so.

Do you think XRP will reach the resistance areas? Let us know in the comments below.