Dogecoin (DOGE) has been known to make several rapid increases throughout its history. Additionally, it has come to be known by some as the initiator for the possible altseason, since it has previously been the first of the major alternate coins to begin its rapid increase.

Based on similarities with previous movements, Dogecoin looks as if it has begun a long-term upward move. However, short-term decreases in the form of a retracement could occur before DOGE possibly reaches new highs.

Cryptocurrency analyst @TraderLenny reminded everyone of this fact and made it known that DOGE has begun to move upward after reaching a significant support level.

Remember that one alt coin that was supposed to be the leading alt season indicator?

First, we will look at the weekly RSI.

The RSI is a momentum indicator, in which values below 30 indicate oversold conditions. 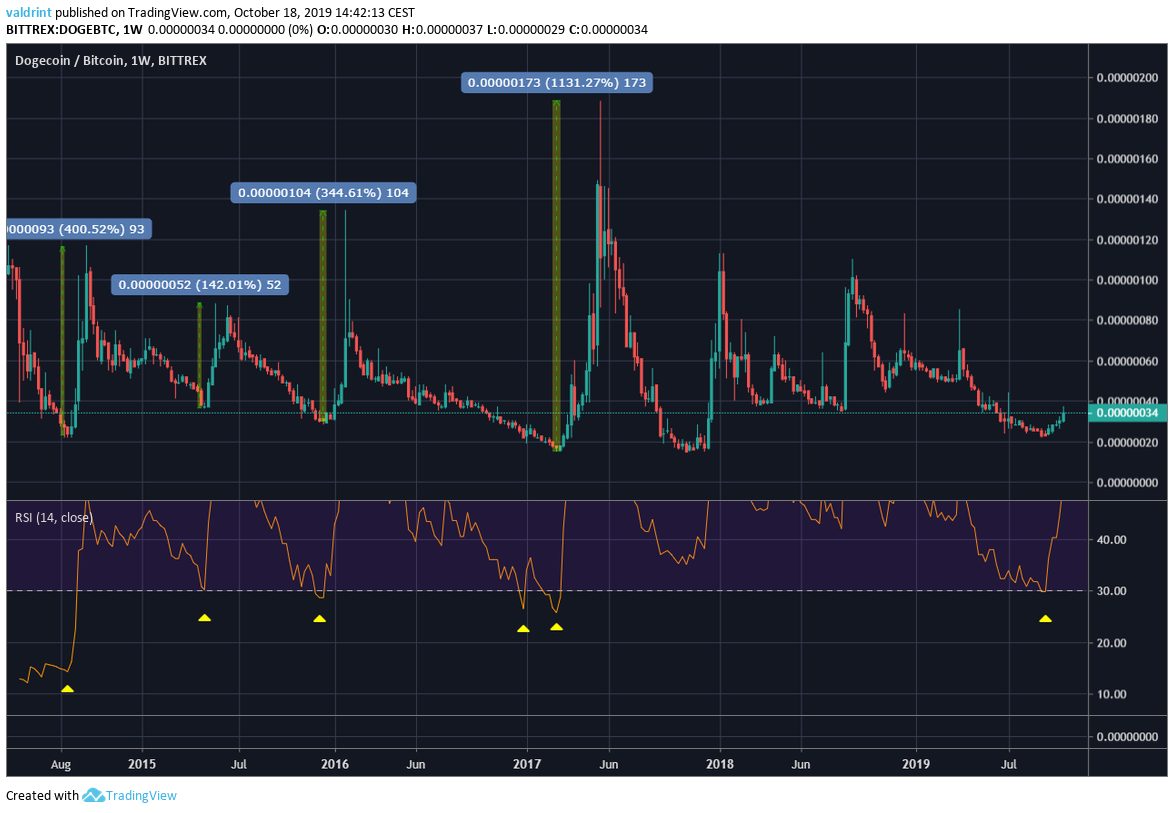 Every time the RSI has been oversold, the Dogecoin price has increased from 140% to 1130%. (On January 2017, the price did not immediately begin an upward move, but did a double bottom in the oversold zone before initiating its largest increase yet).

Since the RSI showed oversold values in August, we can make the assumption that it reached a temporary bottom.

Looking at the moving averages (MA) we can see that a bullish cross between the 10- and 20-week MAs is very close to occurring.

The previous time these MAs made a bullish cross was on September 2018, right before initiating a rapid increase. 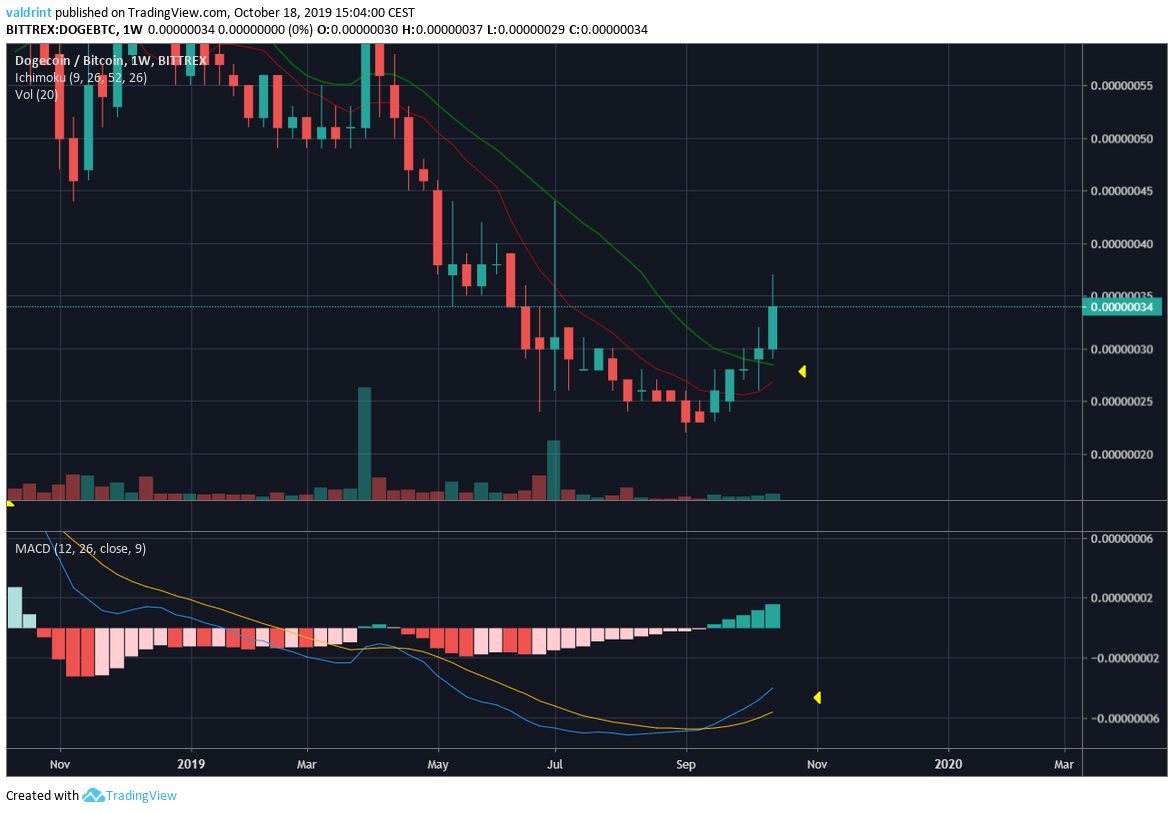 Combining with a bullish cross in the MACD, which is moving upward with strength, the uptrend looks likely.

If the MACD were to cross the 0 line, which it has not done in 2019, it could serve as confirmation.

However, the volume has still been quite low, especially for the alleged beginning of an upward move. While there are three more days until the weekly close, we do not expect it to pick up, especially on the weekend.

The recent movement combined with the similarities to previous upward trends makes it possible that DOGE has just begun an uptrend.

While we cannot yet hypothesize on the final target since DOGE has yet to finish its first wave, it looks as if DOGE will continue its upward movement.

Do you think DOGE will make a new all-time high? Let us know in the comments below.

Images are courtesy of Shutterstock, TradingView