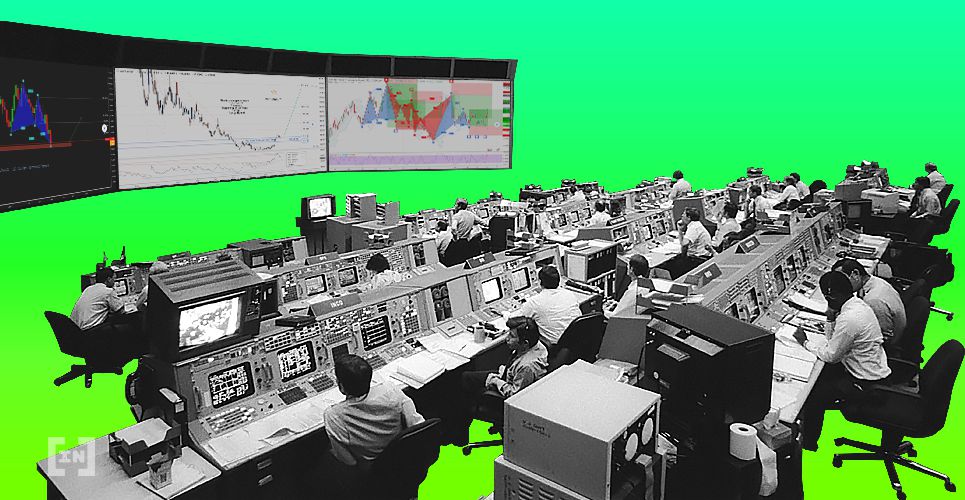 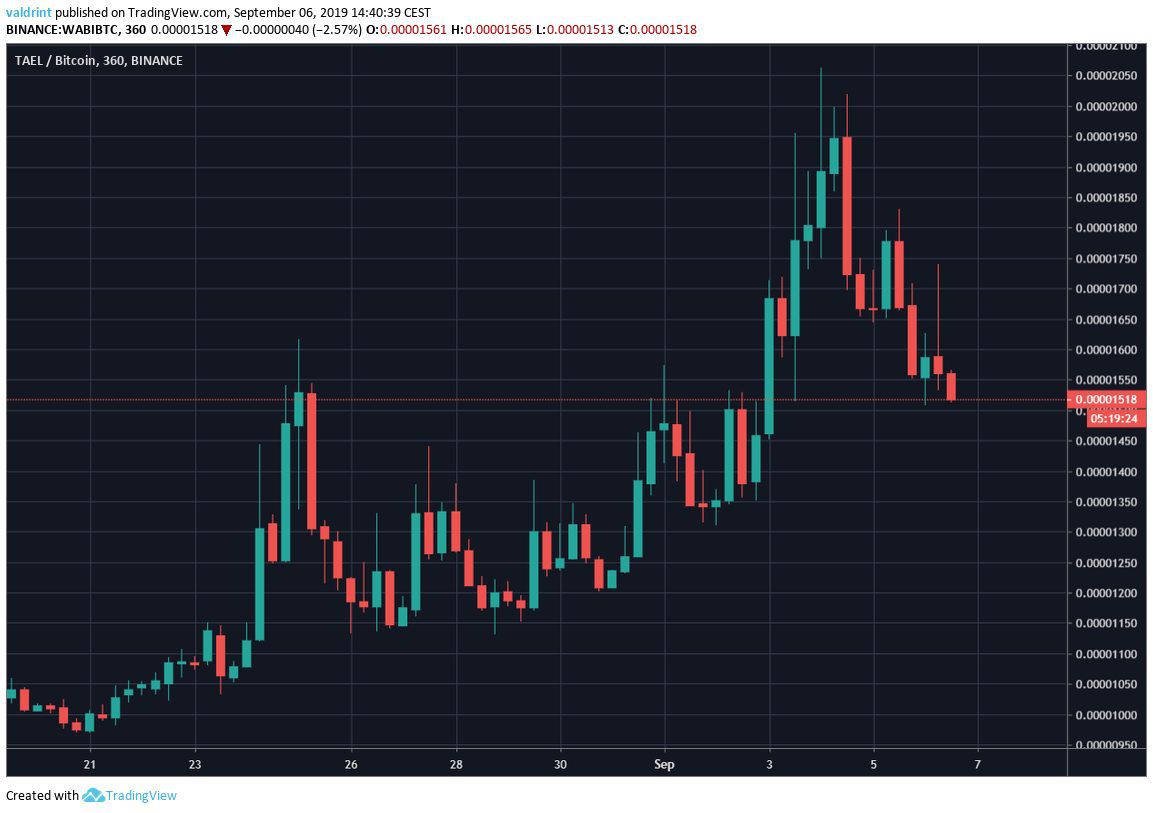 This amounts to a 100 percent increase in slightly more than two weeks.

Will WABI continue to increase? Keep reading below and find out.

Since reaching the aforementioned low on August 21, WABI has been following an ascending support line. 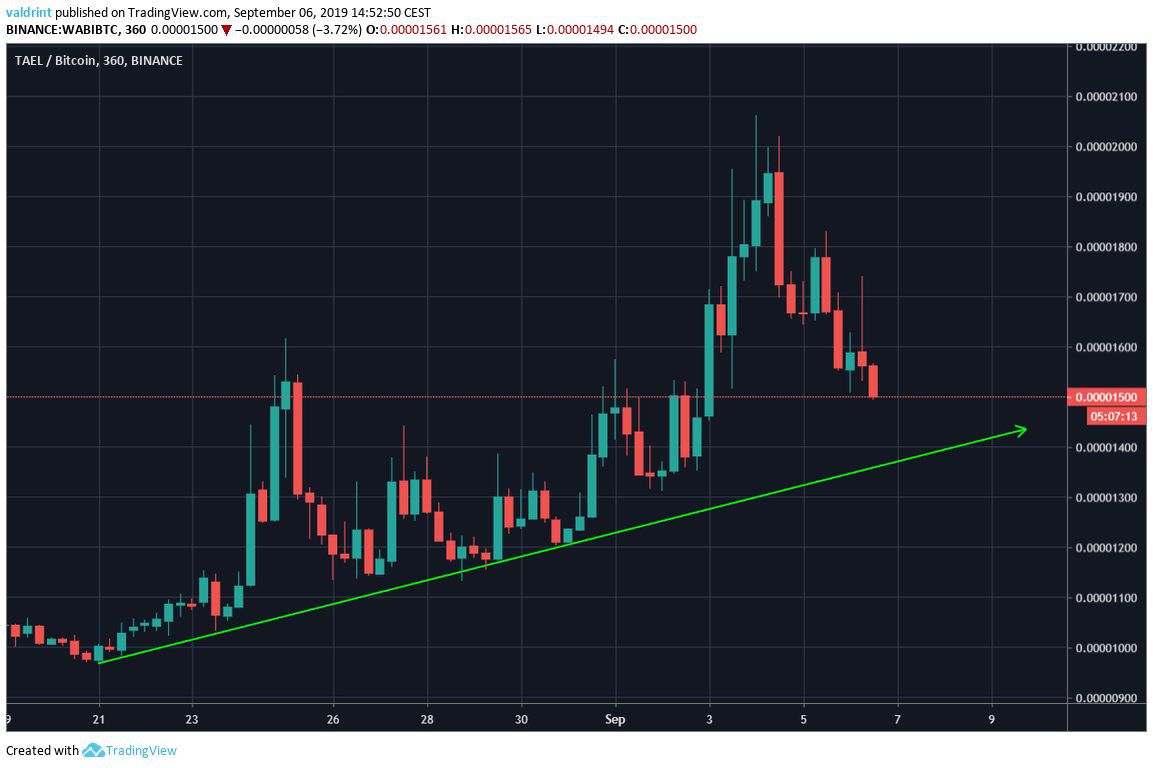 The WABI price increased at roughly the same rate as the support line until the beginning of September, when the price began to increase at an accelerated rate.

Currently, it is trading slightly above the support line.

The significance of the support line is strengthened once we incorporate daily moving averages (MA) into the analysis. 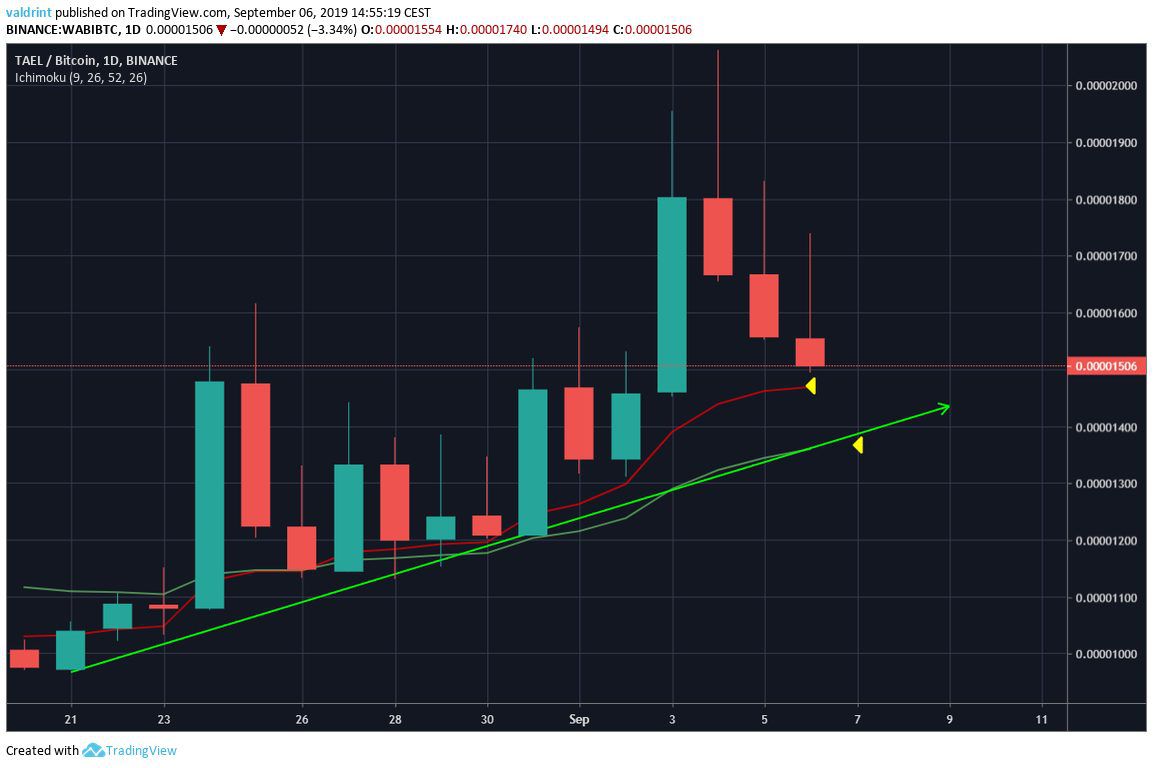 The WABI price is currently trading slightly above the 10-day MA.

The 20-day MA is currently right at the same level as the support line.

Furthermore, the aforementioned MAs have made a bullish cross on August 26.

This is often a sign that an uptrend has begun.

Next, let’s take a look at the short-term movement to see where the price is heading to next.

A look at the hourly time-frame shows that since reaching a high on September 4, WABI has been trading inside a descending channel. 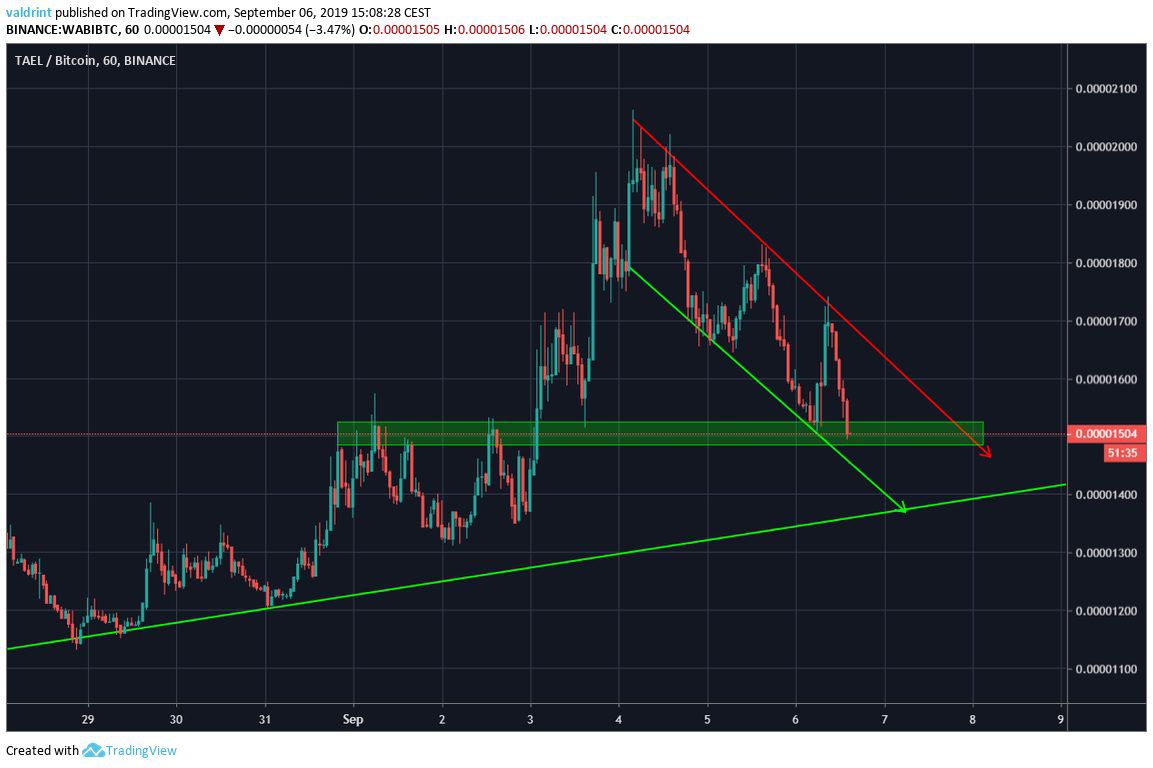 Additionally, it has reached a significant support area, created by the high of September 1 and 2.

Afterward, this area acted as support and a catalyst for the upward move culminating with the high of September 4.

A look at the RSI shows a developing bullish divergence. 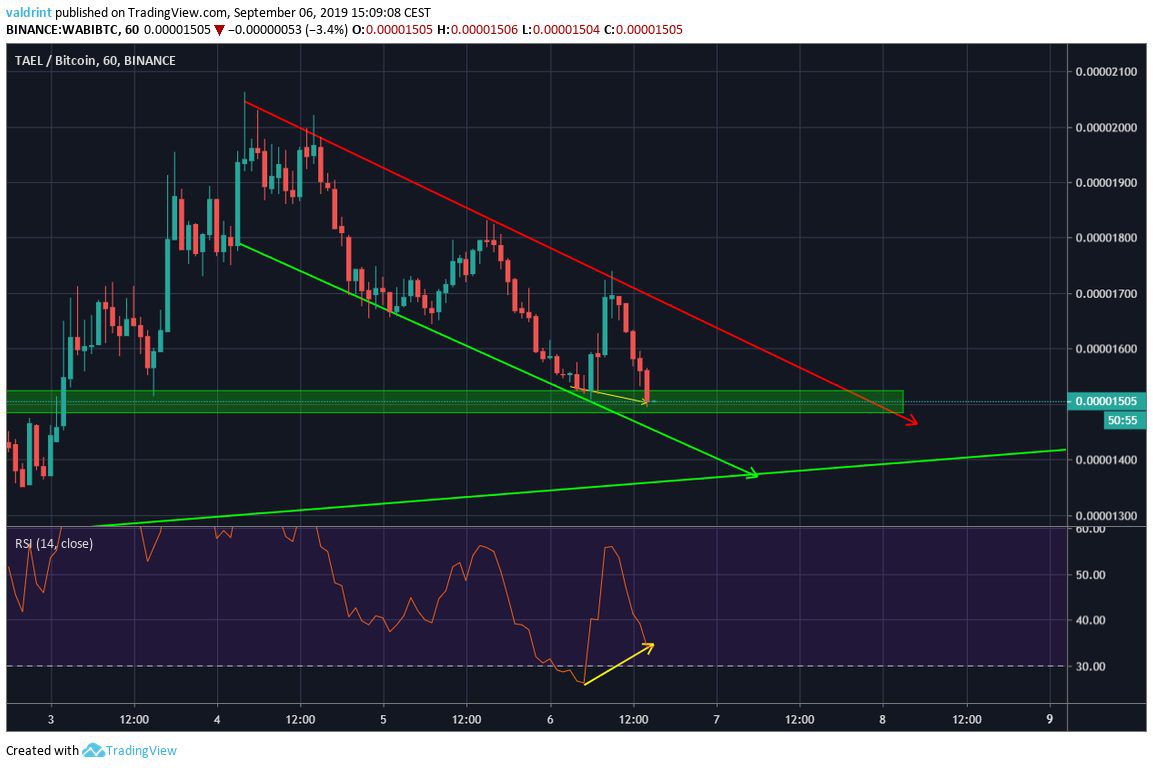 The divergence is not extremely significant and is only present in short-term time-frames.

By itself, it is not sufficient in predicting a breakout from the short-term channel.

However, combined with the long-term outlook of the price, it makes us believe that a breakout is forthcoming.

Below, we will present two breakout scenarios.

In the first one, the price finds support at 1500 satoshis, before breaking out of the channel. 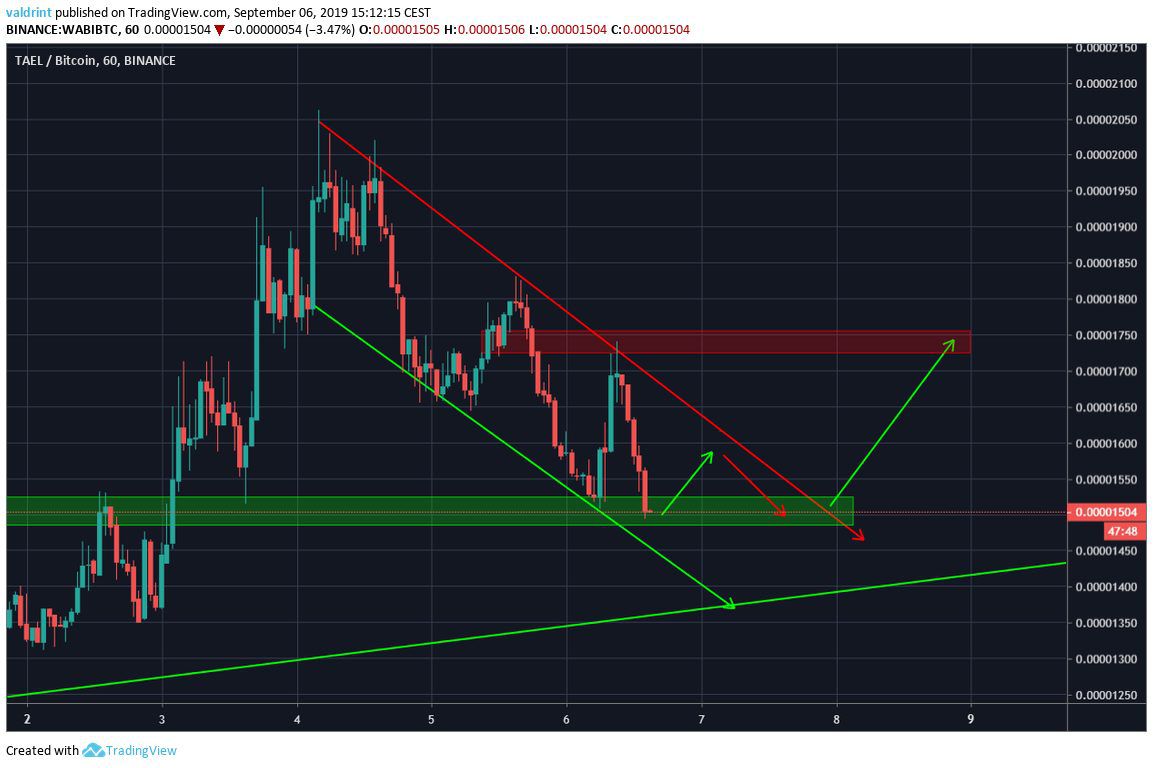 Afterward, the price should reach highs of at least 1750 satoshis, reaching the closest resistance area.

In the second scenario, the support area is not successful in initiating an upward move.

Therefore, the price falls below it and reaches the ascending support line. 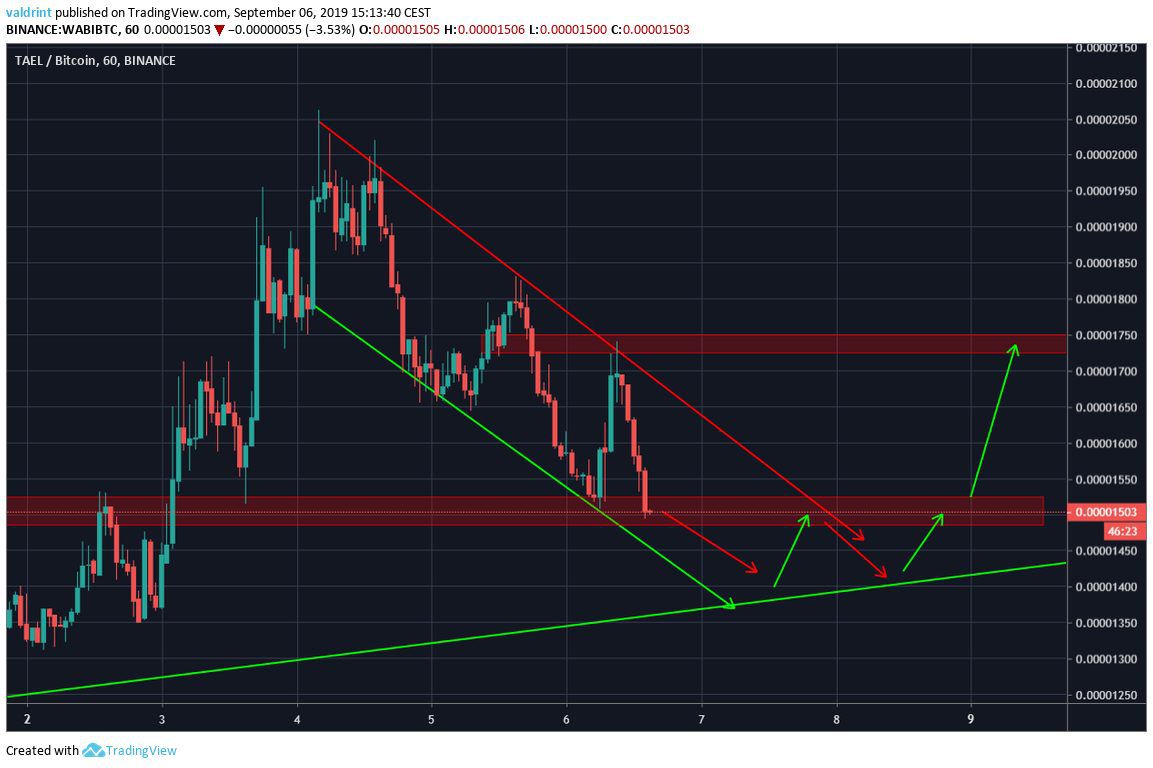 However, this delays the breakout since the support area is likely to turn to resistance.

After consolidating, the WABI price eventually breaks out and reaches the resistance area at 1750 satoshis.

The WABI price is trading inside a descending channel.

According to our analysis, it is likely to break out of this channel, after a possibly short-term decrease towards 1400 satoshis.

For trading purposes, one could conceivably consider WABI a buy for medium to long-term time-frames.

Do you think WABI will break out from the channel? Let us know in the comments below.