On Feb 17, 2019, a Twitter user reported a site which impersonated Tronscan.org, the home of the TRON Foundation’s official blockchain explorer, wallet

It's no secret that the realm of Bitcoin and cryptocurrency are still in a bit of a "Wild West" phase.... More are one of at least two types of scams to affect Tronscan — the second being exit scams involving TRC10 tokens.

[Update (2019-02-19): This article originally claimed that Tronscan.com was created to impersonate Tronscan.org. However, the website in question used a non-English character in place of the letter “c,” and is not the same domain as Tronscan.com. The article has been updated to reflect this correction.]

The TRX mainnet launched successfully on May 30, 2018. Several days later, Tronscan.org was launched as a decentralized block explorer and wallet for TRON’s TRX coin.

On Sep 20, a decentralized exchange (DEX) was added to Tronscan.

Users of Tronscan are also able to create and deploy their own tokens. Two types of tokens can be created. 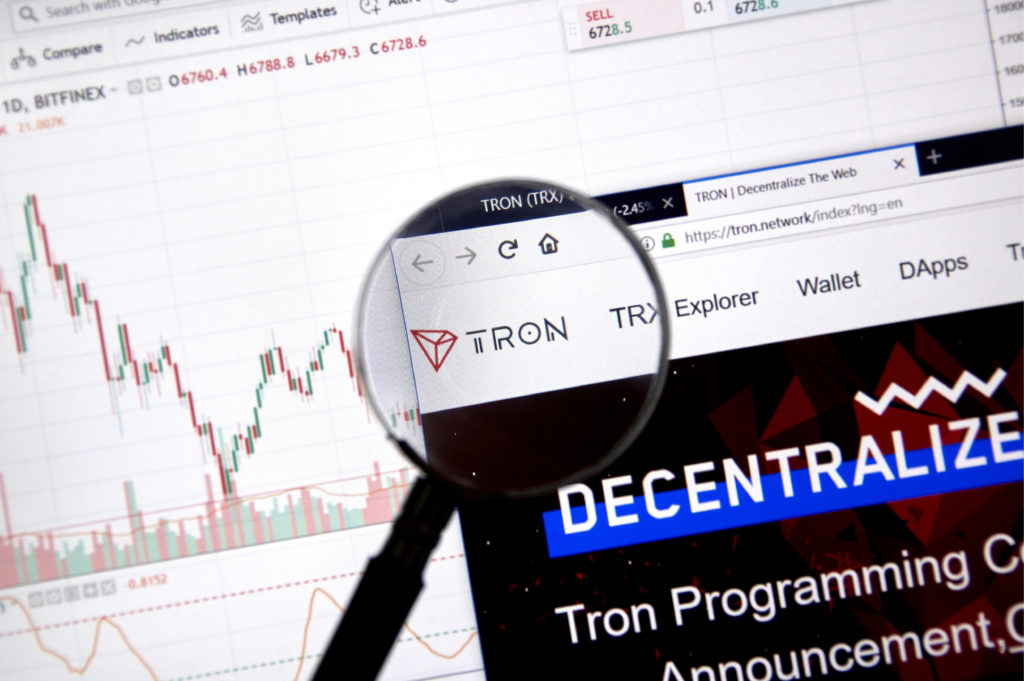 There are two primary types of scams involving Tronscan. Neither the Tron Foundation nor any of its representatives are at fault for these. They have also affected other cryptocurrencies and can easily be avoided with proper awareness, caution, and fiscal responsibility.

The Tronscan services are accessible at Tronscan.org.

On Feb 17, 2019, Tronscan.com (with a non-English character for “c”) was revealed to impersonate Tronscan.org.

On the following day, the site had already been taken down. The URL is now for sale.

🚨⚠️If you use tronscan to store your #Trx make sure you are on https://t.co/6123oeQRXJ

There's a fake site which looks like the real Tronscan

Earlier this month, users on Twitter and Reddit highlighted a screenshot of a supposed Google search result for the term “tronscan.” Two supposed impersonators—www.tronscan.me and www.tronscan.in — were shown as advertisements. When a Google search result for “tronscan” was performed at the time of writing, these advertisements did not show up. Furthermore, both of these URLs direct to what appears to be a forthcoming website for a German stationary company.

Not everything that appears on social media is a trustworthy source of information, and not everything that appears to be a scam is a scam. Before sharing something shared on social media about a possible scam, it is always best to first investigate and verify. It is very easy for fake news to reach wider audiences when no effort is made to verify what is being reported.

Because TRC10 tokens can be built and distributed with very little effort, they can easily be used to orchestrate exit scams.

An exit scam occurs when funds are raised for a product that is never released or developed. The scammer lures investors in with false promises, marketing hype, and rewards as well as other incentives. After investments are made, the scammer exits with the money and gives the investors nothing.

Several scams involving TRC10 tokens have been reported. Some have blamed the TRON Foundation or Justin Sun. However, the fault belongs to the irresponsible investor. If someone chooses to invest in a product or service when no such product or service exists, they have accepted the risk that that product or service may never exist. In other words, they accept that they may lose everything they invest. This is a known risk.

Promises are often broken. Sometimes they are told by scammers who never intended to uphold the promise in the first place. People should use caution when investing and, if they are unable to do so, it is advised that they cease investing. Trust tangible products and proven results, not promises alone. Choosing to act in a fiscally irresponsible manner is no one’s fault except the irresponsible actor.

There have been similar exit scams involving other cryptocurrencies. During 2017 and 2018, many initial coin offerings (ICOs) emerged that promised ERC20 tokens of one sort or another. Many of these proved to be scams and investors lost considerable sums.

At BeInCrypto, we do understand that scams are sometimes hard to spot, and we do our due diligence to report them as soon as we spot them. To help us in this mission, please report anything that might appear to be a scam to us as soon as possible. We’ll have one of our skilled analysts take a look and assess the situation!