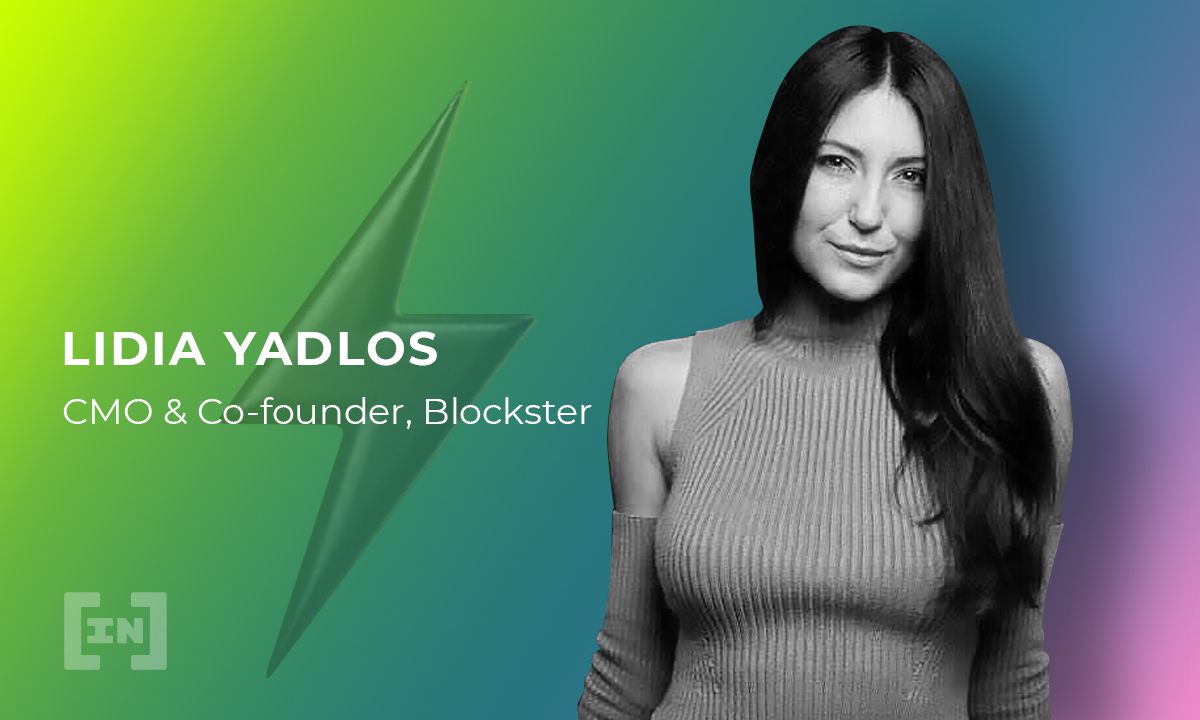 BeinCrypto spoke to Lidia Yadlos, CMO and co-founder of Blockster. She discussed this new social media platform dedicated to the cryptocurrency community and blockchain fans.

Social media has been a game-changer when it comes to taking the internet from something useful to a complete necessity.

However, the overarching control and data concerns harm many social media sites’ image as a global connector.

This is what Yadlos and her team are trying to solve, specifically for the crypto community. Their social media platform has a crypto-focus, with an aim to serve as an official space for the blockchain industry.

“Essentially, the platform operates as an all-in-one networking tool for everyone and anyone in the blockchain industry. It launched in July 2021. Ever since then, we have been gradually onboarding users who joined the waitlist,” explains Yadlos.

After testing with a select audience, the platform has been shaped, so it best serves this community.

“The platform is now specifically designed to serve the people who work in the blockchain industry.”

A necessity, rather than a luxury

For Yadlos, Blockster’s strict focus on blockchain and crypto isn’t just a “nice to have”. Rather it is a necessity for this emerging space.

“The idea to create Blockster was actually born out of necessity, rather than for any other reason. The crypto industry is still an emerging industry, and as such, it already has enough problems with achieving exposure. These days, of course, the best way to gain any kind of exposure is through advertisement. The best places to advertise are social media platforms.”

“Unfortunately, that’s when things get tricky, as most of the biggest social networks, such as Facebook, Twitter, and even the platforms operated by Google, do not allow crypto businesses to advertise. Many likely still remember when YouTube removed thousands of videos about cryptocurrencies, later saying that it was done due to an error,” she says.

Social network crackdown on cryptocurrency content is a significant problem. In July, TikTok said it would no longer allow crypto promotional content. The reason given was that they are trying to protect users from possible scams.

These bans are not simply ignorance on the part of social media sites. According to Yadlos, these big sites know what kind of impact this has on the crypto community.

“According to estimates, around 70% of adults in the US are receiving their share of the news from social media. With that in mind, we can say without a doubt that social media plays a key role in raising awareness about any issue, including digital currencies,” she says.

“We have seen it on TikTok earlier this year, when prices reached all-time highs after being hyped on social networks. The so-called ‘Dogecoin challenge’ on TikTok is one of the prime examples of this. Make no mistake — social media platforms have a massive impact on the crypto community, and they are well aware of this.”

Dealing with this scam element on social media

Social media sites like Twitter and Reddit are also the main hubs for crypto communities. This is where many people interact, educate and promote different products and coins.

However, issues with scams and crypto disinformation are a problem. This is specifically so for inexperienced individuals who are caught up in get-rich-quick schemes that leave them high and dry.

Blockster already has a plan to deal with these kinds of issues.

“When it comes to building a social network, you shape the platform by allowing certain types of content to surface on the users’ news feed. So, in order for fake information to appear, it needs to get a certain level of engagement, and that is what we are going to tackle,” says Yadlos.

“Essentially, Blockster was designed to be driven by the content users generate themselves. However, we dedicated a major amount of effort to make sure that only the high-quality articles and the most important pieces of news end up on the first page.”

“The platform will not allow any random opinion to be displayed as fact, which is why we have been reaching out to respected writers and commentators throughout the crypto space in order to get the ball rolling and establish a certain tone that we want for the platform.”

“As for moderation, we expect that it will largely take care of itself, at least to a certain point.”

Social media sites have been asked to protect users through content moderation. However, they have also come under fire for taking this moderation too far.

For Blockster, this kind of control will be balanced by encouraging higher-quality content. This is more likely to be successful because of the niche area it is serving.

“Blockster is a unique platform, but it did take a few hints from other websites on the internet that do not have to censor content, simply because they spent time and effort in creating an environment that doesn’t call for it,” says Yadlos.

“It is our goal to mirror this approach, as we honestly believe that it is the best option we have at our disposal. In other words, we will not need to censor content by discouraging content that needs censoring, which is, in turn, done by creating a professional setting.”

It also wouldn’t be a crypto-related platform without a token. Part of Blockster’s plan is to mediate advertisement and involvement through its own token, BXR.

“BXR is the gateway to Blockster. It is through BXR these companies are going to reach a high-quality audience. To advertise on Blockster, you’ve got to use and spend BXR tokens, which will be used within our upcoming features and products, such as Blockster Ads, for this particular case,” says Yadlos.

As such, businesses can only by advertising using the BXR token. No other cryptocurrency is accepted for this transaction.

“On the other side of the spectrum, the typical Blockster user will have the chance to stake their tokens in our Blockfarm, and earn a share of advertising revenue. We’ll distribute 20% of the site’s ad revenue to stakers.”

“I’m personally excited by BXR’s potential to incentivize a wealth of interaction between Blockster’s large and varied user base. Unlike many tokens which seem to be mere aesthetic additions to a tech project, BXR is crucial to the practical application of the entire Blockster enterprise,” she says.