Ontology (ONT) Attempts to Move Above Its Accumulation Range

The Ontology (ONT) price recently moved above a minor resistance area and is targeting 8200 satoshis.

The Ontology price reached an all-time low price on October 26. It immediately began an upward move and increased by almost 90% the next day. However, it has been decreasing since, revisiting the price levels near the all-time low, possibly indicating that it is in the accumulation phase.

Full-time trader Nico (@CryptoNTez) stated that the ONT price is breaking out from its accumulation range while volume is slowly rising. He gives a target of 8200 satoshis for the current movement while advocating for a tight stop loss in case the price reverses.

UCTS still quite at HTFs while at LTF is starting to show buy signals across multiple charts..

Will ONT break out? If it does, will it reach the 8200 satoshi target? Keep reading below if you are interested in finding out.

The ONT price broke down from a long-term ascending support line on June 18. The decrease continued until September 5, when the price decreased below 7000 satoshis.

After trading near this level for 8 weeks, the price began an upward move that ended at 12,000 satoshis. Since then, it has been decreasing, revisiting the 7000 satoshi support area.

Since the price first reached this support area, the weekly RSI has been generating bullish divergence. Combining this with the possible double bottom being created, we can assume that the price will soon begin an upward move and again reach the 12,000 satoshi resistance area and possibly the previous breakdown level near 15,000 satoshis. 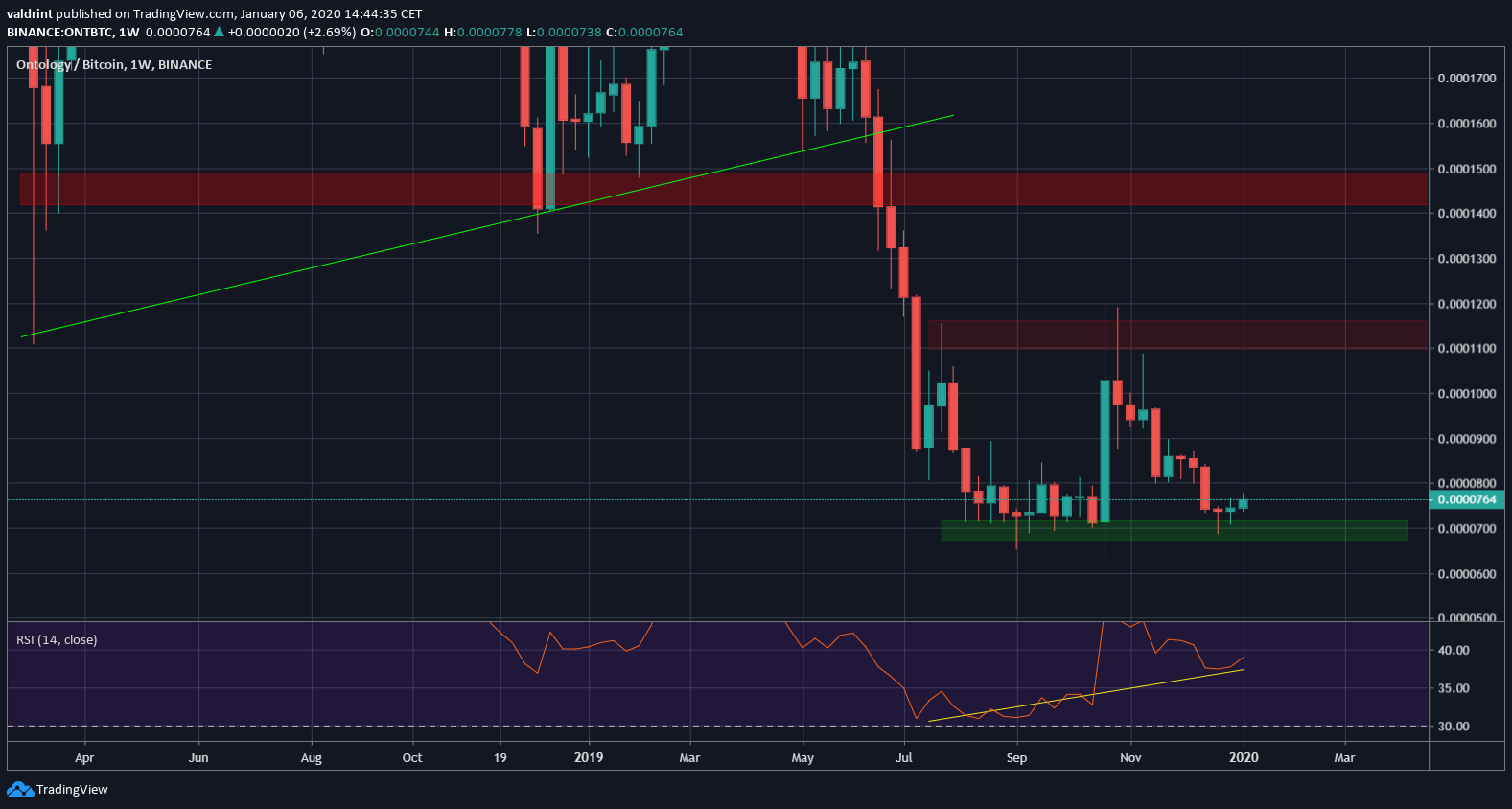 The resistance is strengthened by the 100- and 200-day moving averages (MA). The rally that began on October 27 ended as soon as the price reached the 200-day MA. During the retracement, the price found support above the 100-day MA but has fallen below it since. The MAs are currently coinciding at 8200 satoshis, right at the target given by the tweet.

Therefore, while the price might reach this area, a breakout above it currently seems unlikely. 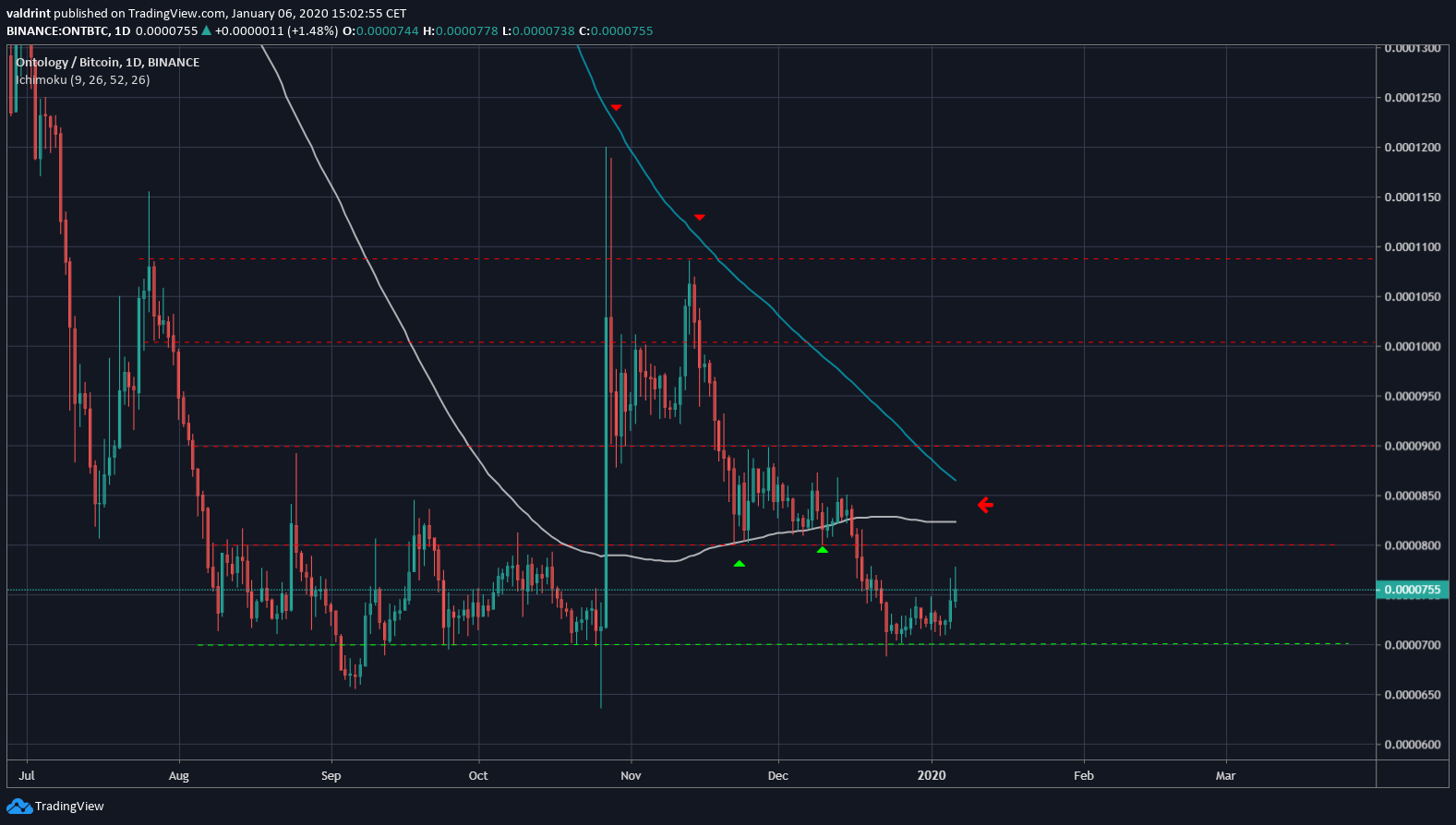 In lower time-frames we can see that the 8100-8200 satoshi resistance area also serves as the previous breakdown level, further strengthening its significance.

Therefore, while the price could reach it, we would expect it to decrease afterward and validate the 7400-7500 satoshi area as support, before possibly attempting another upward move. 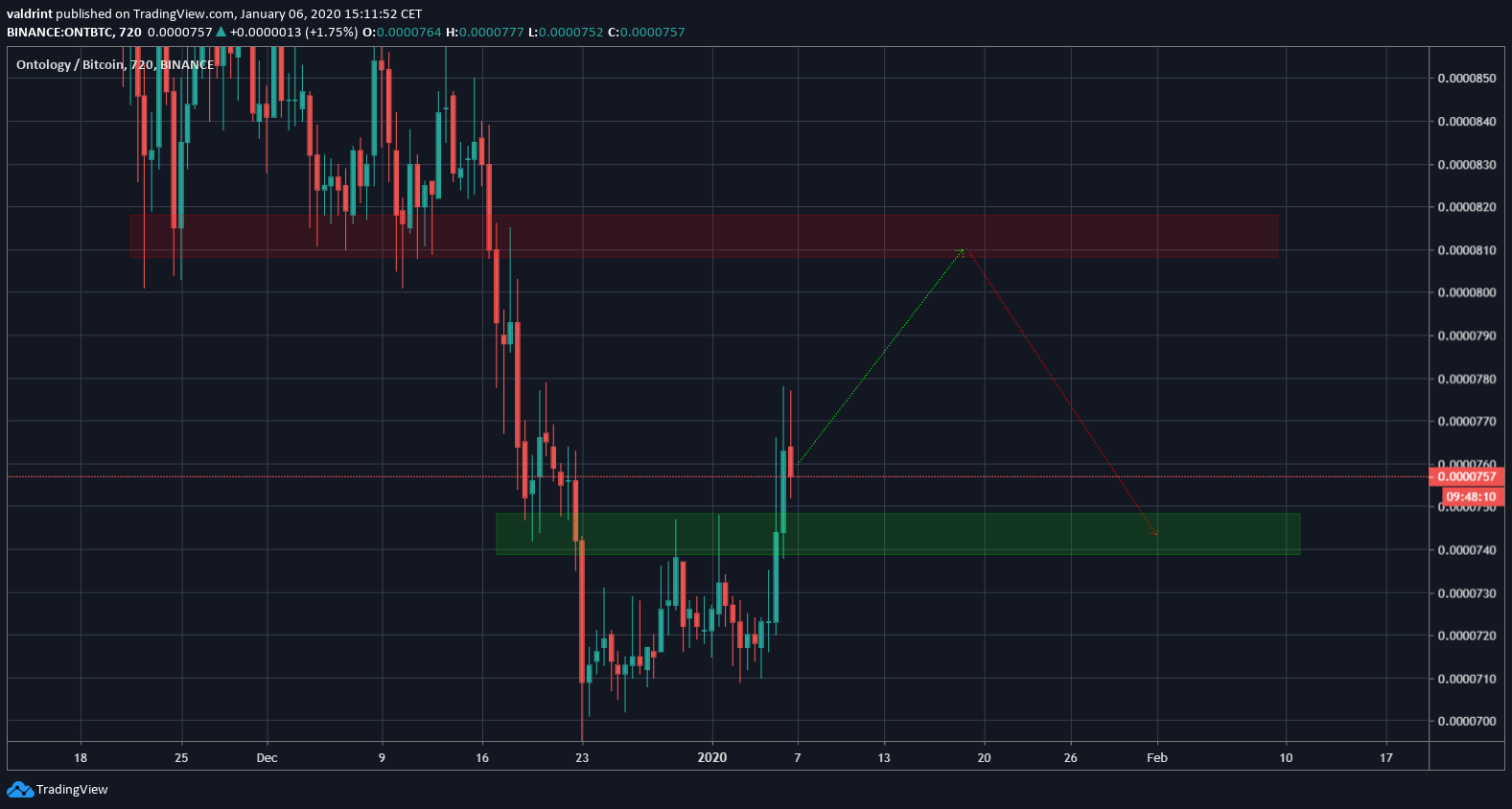 To conclude, the ONT price has begun a short-term upward move but the price has significant resistance left to clear. The 8200 satoshi area could act as an upper limit for this movement.

Entanglement for Quantum Computing Chips Achieved, Will Bitcoin Keep Up?