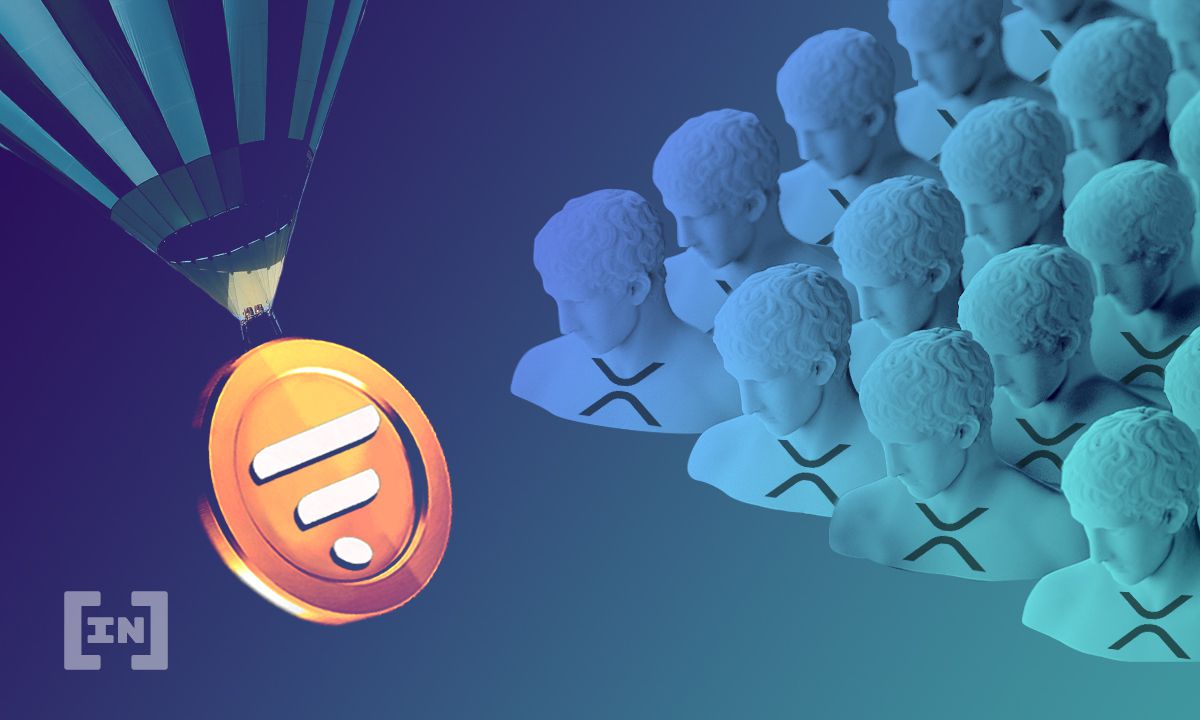 Requiring minimum knowledge and zero risks, crypto airdrops represent a great opportunity to experiment in countless DeFi protocols while earning money. All you have to do is set up your crypto wallets and notifications coming from the top airdrop portals.

What Are Crypto Airdrops, and Why Would You Want Them?

There are many ways a company can leave a good impression and gain public spotlight when launching a new product line.

Given the fact there are already over 4500 altcoins in circulation, it makes it that much harder for new ones to gain traction.

Nonetheless, this means that crypto airdrops should intensify further.

Moreover, it is critically important for tokens to have a big user-base. Needless to say, tokens are worthless without being used.

Without that network effect that infuses them with economic value, all you are left with is inert digital code.

It took Bitcoin 12 years, jumping over dozens of price slumps and doubts, to gain momentum sufficient enough to reach a market cap of one trillion dollars.

This is why airdrops — token giveaways — are uniquely important for developers who are serious about their projects.

Innovation may serve as a driving force of its own, but it pales in comparison to the power of mass adoption.

In an effort to either capture users from a competing protocol or retain them, DeFi protocols have resorted to more aggressive forms of airdropping in the last half a year.

This was best exemplified by the skirmish between 1inch (1INCH) and Uniswap (UNI).

While both platforms are decentralized exchanges (DEXes), 1inch is an aggregator of such protocols offering a wider platform for swapping tokens.

However, Uniswap pioneered the DEX protocol and, as such, has had a much greater network effect pushing its sails.

To counter that, 1inch had engaged in a series of airdrops of its 1INCH tokens from the latter half of last year well into 2021:

To bite an even bigger chunk out of Uniswap’s user base, 1inch even retroactively rewarded users who had used Mooniswap protocol before the end of 2020.

In total, 4.8 million 1INCH tokens had been dropped to over 9,000 DeFi users. Although airdropping for the specific purpose of undermining the dominant protocol had captured headlines, it didn’t quite end up overthrowing Uniswap.

From this and other examples, we can draw a conclusion that users can expect more airdrops not only as new token launches but as rewarding and user-funneling mechanisms. It is up to you to take advantage of them.

How to Take Advantage of Crypto Airdrops

Although crypto airdrops are effectively free manna from heaven that have the potential to multiply in value, they do require some effort on your part.

Here are the top five portals to alert you to current and upcoming airdrops.

Bounties Alert is a highly curated website for crypto airdrops (bounties), making sure that no scams go through.

Each bounty goes through a verification process to validate the offering prior to listing.

If you are unfamiliar with the difference between a bounty and an airdrop, the former refers to a type of airdrop that has you completing various tasks for tokens. These tasks usually involve social media engagement.

This portal separates its bounties into five categories:

It is always wise to take an overview of past airdrops and bounties to see their ballpark value and realized potential, so you know what to expect. Conveniently, Bounties Alert has an exceedingly useful feature in the form of detailed instructions. When you click on each bounty, you will see a step-by-step guide on how to maximize your airdrop, where to register, and what the DeFi project is about.

It is clear that this portal made its mission to simplify accessing airdrops, while also excluding projects that would waste your time. For these reasons, you should bookmark it.

One of the biggest crypto airdrop aggregators around, Airdrops.io is almost set up like a stock market exchange with all the incoming and outgoing airdrops and token prices.

One could say that it has an even greater info on what you need to do to fulfill airdrop requirements in a timely manner.

This extends to the type of wallet you should use and multiple external sources on the project.

Its exclusive airdrops refer to social media followers, where some form of engagement — following, subscribing, retweeting, liking — is required to spread the news about a new token.

AirdropsMob has been around since the ICO craze. Nonetheless, its functionality hasn’t lessened one bit.

It has an excellent search and filtering feature allowing you to track airdrops by value, its listing on CoinMarketCap, so you can verify if its legit, airdrop ending date, name, and rating.

Its usefulness doesn’t end there. With so many airdrops to choose from, filtering for requirements and platform is another time-saver.

Visually and functionally quite similar to AirdropsMobs, AirDropBob seems to have the most comprehensive filtering search function of the bunch.

If you don’t want to labor for your airdrops, you can simply uncheck those requirements. Likewise, you can search per type of blockchain and the type of airdrop.

All extremely useful in giving you an idea of the moves in the DeFi ecosystem in terms of new innovations and trends.

AirDropAlert is one of the largest airdrop trackers, so much so that it expanded into blockchain news and crypto guides.

It launched at the height of the ICO craze in 2017, the period followed by disillusionment.

AirDropAlert’s account will provide you with timely alerts for the coming and ongoing bounties and airdrops.

Its search function is not as extensive as AirDropBob’s, but it is neatly arranged with all the relevant info, not straining your mental load. Furthermore, the comment section within each project provides another immediate info avenue.

Keep an Eye on Scamming Attempts

It is best to stick to verification procedures from these five airdrop tracking platforms.

Random social media posts almost always result in pilfering your private information for nefarious purposes. A legitimate project will never ask you such info except to complete the KYC protocol.

More importantly, even a minuscule amount of money in exchange for token transfer is certainly a scam. The extent of your labor should cover social media marketing. Otherwise, it falls outside of an airdrop.

Is There Money in Hard Forks?

Blockchain forks occasionally happen because of change of plans, a new upgrade, or internal disagreement on the roadmap. If it is a soft fork, only one blockchain will be validated, with all users adopting a new update. On the other hand, hard forks create a new blockchain existing in parallel with the original one, requiring a new ruleset update.

This happened in 2017 with Bitcoin. Because some of the developers disagreed with the future development of Bitcoin, preferring it to become a P2P cash system, Bitcoin Cash (BCH) was born.

One of the distinctions since then is that BCH’s block size increased from 1 MB to 32 MB, while BTC still held only 1 MB block size. Consequently, this made BCH more like a cryptocurrency instead of a store of value.

Unfortunately, BCH didn’t gain much following, so its hash power had been reduced to such an extent that centralized exchanges ask for many more confirmations on all BCH transactions in order to prevent double-spending attacks. Although faster than Bitcoin, this had the effect of making BCH transaction times take longer in the end.

Therefore, hard forks are quite rare, requiring no skill or risk, except to decide what to do with the new type of token. In the case of Bitcoin Cash (BCH), there was a brief opportunity for a selloff at the end of 2017. Since then, BCH has lost 80% in value, making it a poor investment.

Accordingly, if you find yourself in a hard fork situation, the best course of action is to assess if it has a sustainable community support. If it doesn’t, sell it as quickly as possible.

With the unprecedented global semiconductor shortage, this is not a good time to buy mining rigs for cryptocurrencies.

Combined with the cost of electricity and the know-how, a mining venture at an ATH computer prices may yield a net loss. However, that doesn’t mean you can’t mine without the equipment.

If you are already trading with cryptocurrencies, you can harness this activity to earn extra Bitcoin.

StormGain makes this possible with its cloud-mining app. And no, it doesn’t use your device’s resources or installed anything out of the ordinary. The only “catch” is that your mining speed depends on your trading activity on the StormGain exchange.

Graduate from Airdrops to Staking

After you have accrued enough tokens, try putting some of them to good use by staking them into liquidity pools.

This process is also called yield farming. It generates much higher interest rates than currently present in the traditional financial system dominated by central banks.

However, keep in mind these five important DeFi lessons to not get ahead of yourself.

Lastly, it appears that Ethereum (ETH) is going to keep dominating the DeFi space, with a record high staked ETH in anticipation of its 2.0 upgrade.

Therefore, becoming a validator in the upcoming proof-of-stake consensus algorithm will earn you steady passive income.

All the information contained on our website is published in good faith and for general information purposes only. Any action the reader takes upon the information found on our website is strictly at their own risk. At Learn, our priority is to provide high quality information. We take our time to identify, research and create educative content that is useful to our readers. To maintain this standard and to continue creating awesome content, our partners might reward us with a commission for placements in our articles. However, these commissions don't affect our processes for creating unbiased, honest and helpful content.
Share Article

What Is Compound Finance?

Everyone is familiar with the idea of borrowing and lending,...
Beginner 2 days ago 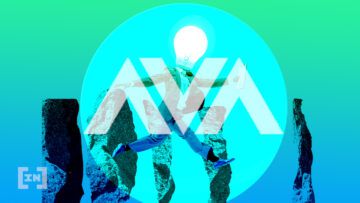 AvaTrade: How To Start Trading?

More and more companies are beginning to offer crypto trading,...
Beginner 6 days ago
View all content