The Ethereum network has been in preparation for the “Istanbul” hard fork, which is scheduled for the end of the year. Istanbul will be the latest fork before the network transitions to Ethereum 2.0, scheduled to launch next year. Ethereum 2.0 will make the transition from proof-of-work

Proof of work and proof of stake are both ways of achieving trustless and distributed consensus on the blockchain. Many... More.

The Ethereum price has created a bearish pattern and looks likely to decrease in the short-term.

Since Ethereum is the second biggest cryptocurrency based on market capitalization and arguably the largest platform for developing decentralized applications (dApp), an upgrade is essential. To implement these changes, Istanbul will bring several network changes labeled as “Ethereum Improvement Proposals”.

Cryptocurrency analyst @overheardcoffee stated that the Ethereum price is mired in a head and shoulders pattern (H&S) and is likely to break down.

$ETH sure looks like its trying to drag alts down pic.twitter.com/eVaSupT8kJ

If this decrease were to occur, it would likely bring the price of alts down, invalidating the possibility of altseason.

Let’s take a closer look and see how likely this is to occur.

Looking at the Ethereum price movement, it indeed looks like ETH has formed a head and shoulders, which is a bearish pattern.

However, we believe that the neckline is horizontal, being at the $180 level. While it has not been broken, it is in the process of doing so with a bearish engulfing candlestick. 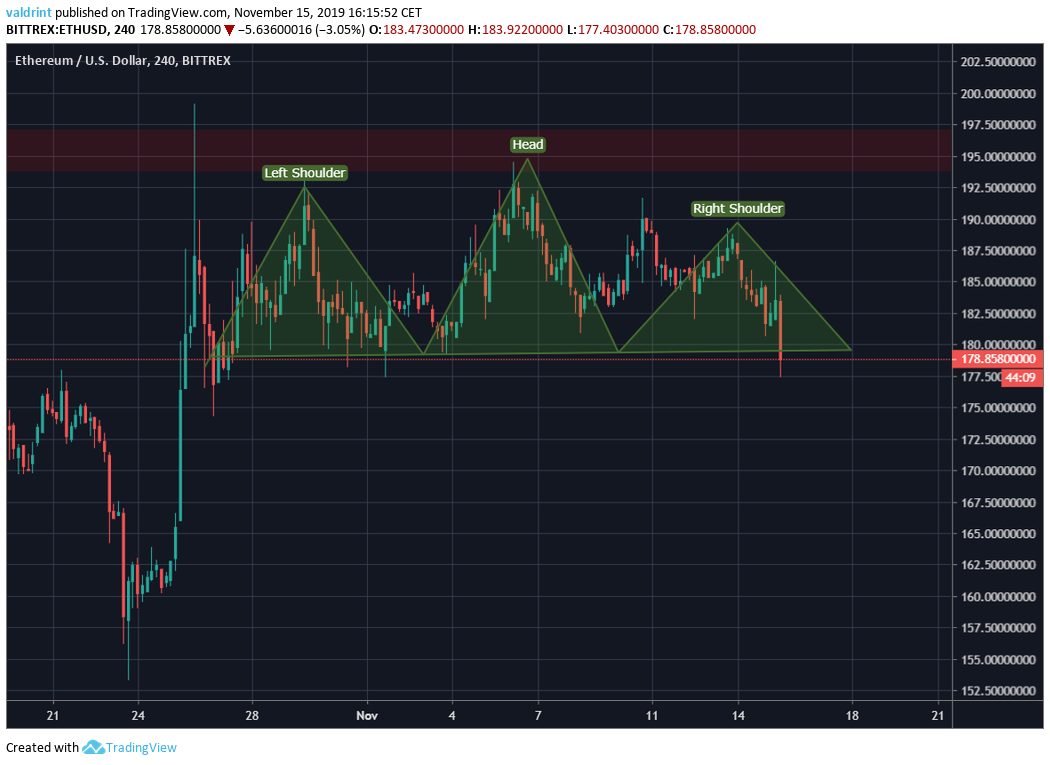 Since breaking out from the long-term descending resistance line on October 25, the ETH price has struggled to move above $190.

Its attempts have been combined with a bearish divergence in both the RSI & the MACD.

Therefore, we believe it is likely that the price breaks down and reaches at least one of the support areas at $170 and $160. This could also serve as a validation of the previous resistance line.

However, we still believe the long-term trend from Ethereum is bullish. 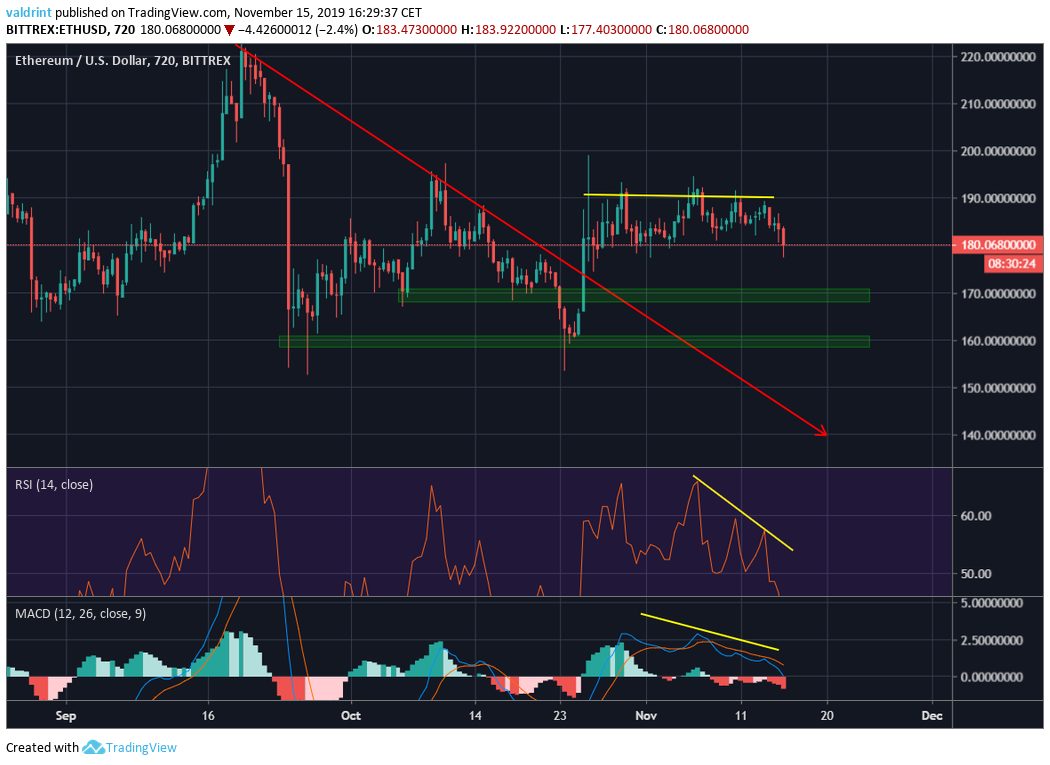