Azure Blockchain Tokens is a recently launched Microsoft platform being used to design tokens that are used in a specific version of the Ethereum blockchain.

The platform allows for the design and issuance of a variety of assets that are exclusive to a single place and time. These assets plan to be used in a similar way to how tokens are used in virtual market environments. However, the blockchain component limits the supply and makes the items unique, making them easier to trade and expressed in real-world value.

The companies that are currently using the technology rely on a version of the Ethereum blockchain which uses the Azure cloud computing, which helps in reaching consensus in transactions. In the future, it is expected that developers will be able to use these tokens both on the public Ethereum blockchain or other distributed ledgers.

Furthermore, the Ethereum price has been showing strong signs of the beginning of an upward trend. If it breaks out above the current descending resistance line, it is likely to confirm its bullish momentum.

Cryptocurrency trader @rektcapital stated that Ethereum has shown some bullish movement, which has recently begun to dissipate.

For the past week or so, ETH has simply been meandering along this Higher Low

As important indicators for the direction of the next trend, the tweet outlines the 200-day moving average (MA) and the previous resistance line.

Let’s take a closer look and decide if Ethereum is likely to move above them.

The Ethereum price has just moved above the 100-day MA. The same MA previously offered resistance throughout August and September.

Additionally, the price struggled to break out above it on October 25-29, before finally doing so on November 6.

However, it is still below the 200-day MA. But, this MA previously has not reacted to the price, since it was ignored entirely during the decrease in August and subsequent increase in September. 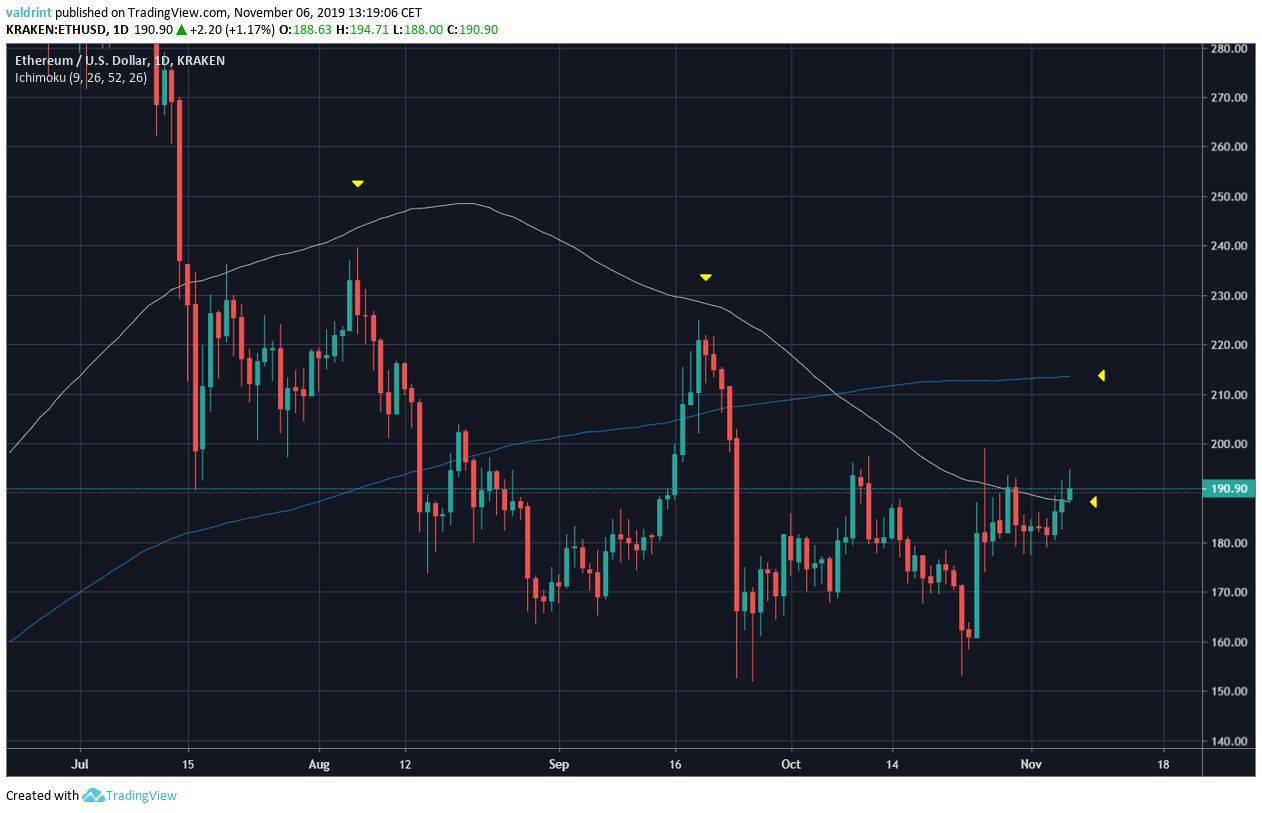 The descending resistance line has been in place since the $240 high on August 6. It has only been validated twice, so it is possible that it will follow a slightly different slope.

Ethereum has made a double bottom at $155, characterized by long lower wicks each time. This is a sign of buying pressure.

The combination of bullish divergence in the RSI further adds significance to this pattern. 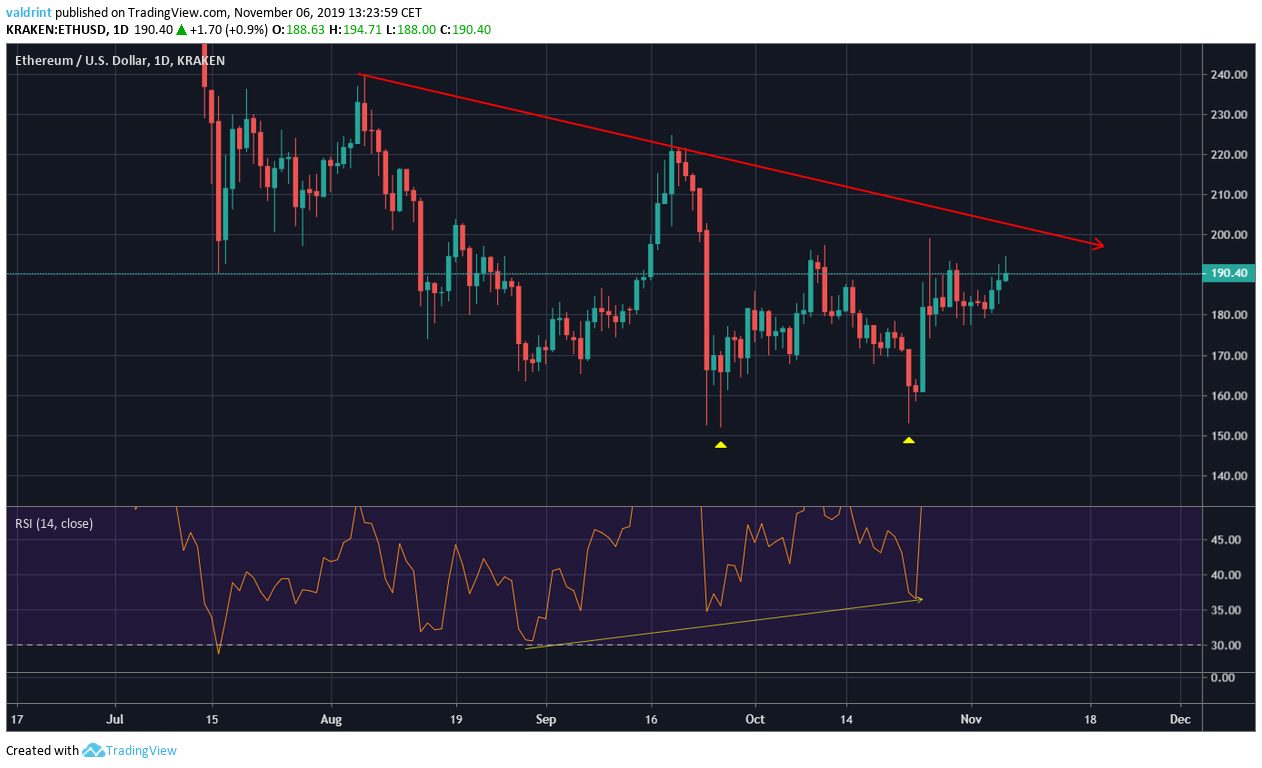 Therefore, we believe the Ethereum price is likely to break out above the resistance line and 200day MA and confirm its upward trend.

Cryptocurrency Considered a 'Significant Problem' by US Homeland Security