BUY NOW has been preparing for its most recent upgrade, the “Istanbul” hard fork which is scheduled for December 4. This is the latest fork in the eventual transition to the new network, Ethereum 2.0, which is expected to be launched next year.

The general cryptocurrency sentiment has been bullish recently, especially since the market has been posting significant gains, highlighted by a rapid Bitcoin

BUY NOW price increase on October 25. However, things have begun to turn bearish.

Crypto trader @CryptoMichNL stated that the current Bitcoin price decrease is likely going to take the price to $8600-$8800.

On a brighter note, he pointed out that several major alt/BTC pairs are not decreasing, specifically mentioning Ethereum. The Ethereum price is indeed holding up well during this BTC decrease.

The Ethereum price seems to have made a bottom and looks likely to increase throughout the next few months.

The fractal suggests that a movement in 2017, which preceded the upward move of the same year is very similar to the current movement.

If so, we will break out from the current ascending resistance line within the next few months and begin a new upward trend.

The first noticeable thing when looking at both movements is that they transpired over vastly different time-period.

The 2016 downward move took 259 days. Afterward, it took 98 days for the ensuing ascending resistance line to be broken.

The ascending resistance line has been in place for 98 days. If the increase has an identical ratio between the two movements, we should see a breakout and an acceleration of the rate of increase after a total of roughly 300 days, projecting a breakout in March 2020. 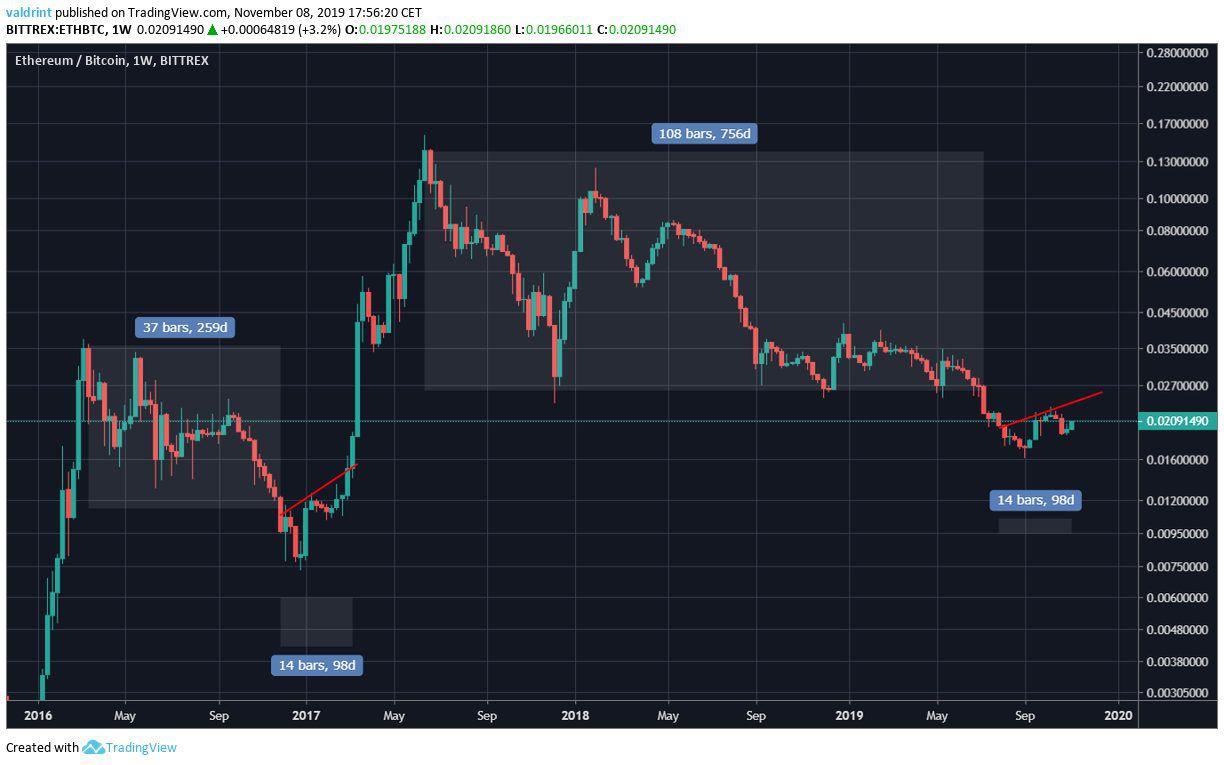 Looking closer at the two movements, we can see that both lows were combined with a bullish divergence in the RSI, which was in the oversold zone.

The resistance line was validated three times during the first movement before the eventual breakout. In the current movement, it has already been validated thrice.

While this does not necessarily mean that the price will break out on the fourth try, it makes the projection of a breakout on March less likely.

Judging by the rate of increase, a breakout in December/January seems more likely. Afterward, the Ethereum price could reach a new all-time high, or at least revisit the current one. 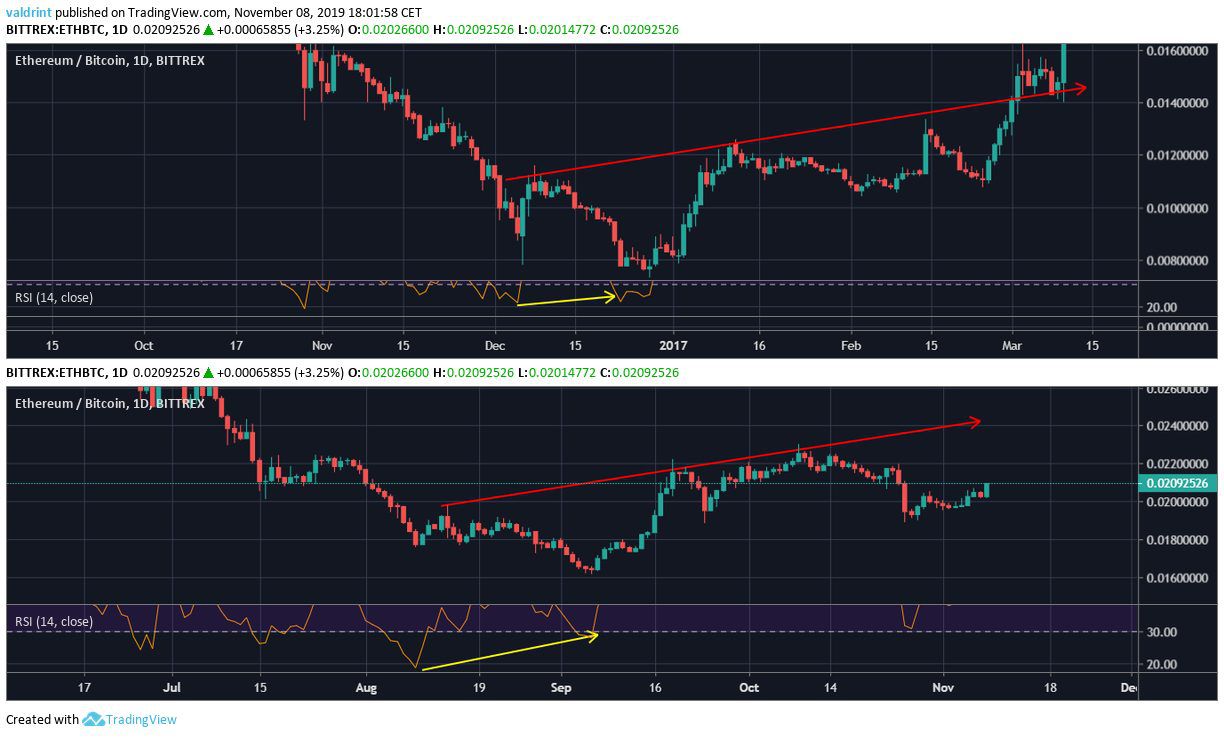