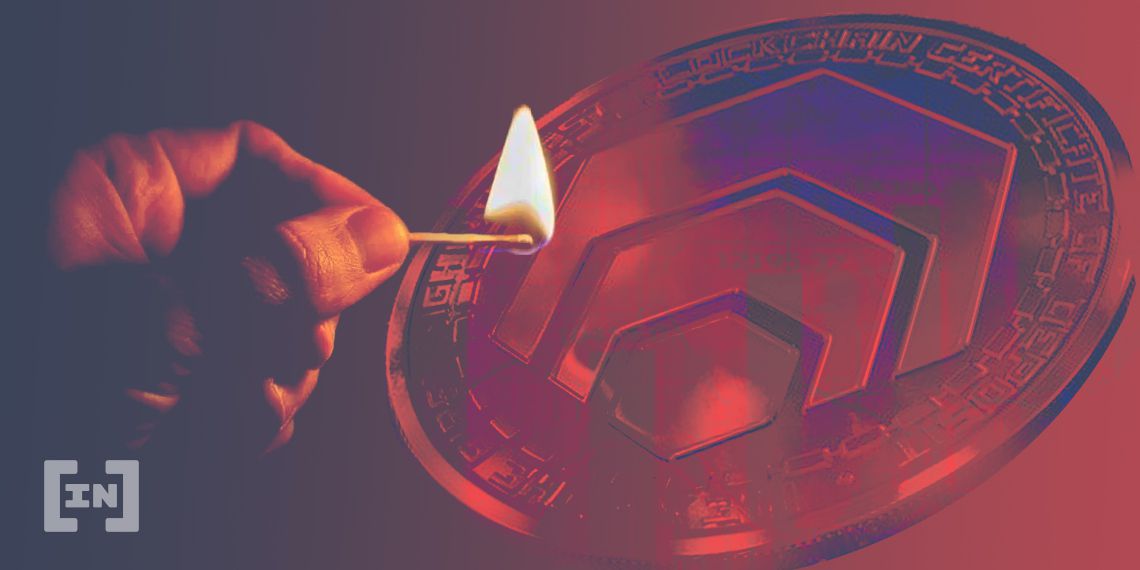 A recently launched, controversial digital currency has been proving particularly unpopular with traders, even despite the claimed “guaranteed returns on investments.” HEX, a Bitcoin-linked investment scheme and ERC-20 token, has been seeing just hundreds of dollars of trade volume a day less than a month after its creation.

The brain behind HEX, Richard Heart, calls it “the world’s first high-interest blockchain certificate of deposit.” The serial entrepreneur and marketing expert claims that investors can look forward to huge potential returns on Investments, particularly in they are early to take part in the project.

However, as BeInCrypto reported earlier this month, many cryptocurrency industry analysts have taken issue with the idea. They identify various red flags, including its Ponzi-like design. Judging by the recent trading volume of the digital currency, the various critiques seem to have put investors and traders off HEX.

According to self-proclaimed Twitter-based Bitcoin maximalist Mr. Jamie (@mcnicollme), a total of $19.67 worth of HEX tokens changed hands on December 26. Of course, a lot of traders will step away from the charts over the festive period, and with the 26th being the Boxing Day holiday in many nations, the woefully low volume may have been the result of traders enjoying time with family and friends.

Although trade volume in the days following December 26 appears to be picking up, it is still a long way from significant. On December 27, traders exchanged just $81.55 worth of HEX with each other. At the time of writing, the 24-hour trade volume for the investment vehicle is somewhat higher again at $214.87.

To put this into perspective, CoinMarketCap lists trade volumes for thousands of different cryptocurrency projects. Those projects with similar trade volume over the last 24-hours are very obscure, little known digital assets such as Ondori (RSTR) and Taas (TAAS), ranked 552 and 521 by market capitalization respectively.

As you might expect from an asset so unpopular with traders, the price performance of HEX has been less than spectacular too. As reported by BeInCrypto just before Christmas, HEX sunk to an all-time low price of between one and two satoshis on December 21.

Heart and his team attempted to claim that the low prices were actually being used by traders to make profits of between 50 and 100 percent. They also tried pumping the price by encouraging those that had already seen HEX depreciate heavily on them to double down on investments and increase the size of their holdings for cheap. Such tactics have invited further criticism to both Heart and HEX.

An interesting tactic has appeared on HEX. People are bidding the lowest possible values on the HEX/BTC pair, 1 & 2 satoshi. Then even if they sell the next tick up at 3 sat, they still make 50% or 100%. Some make 800% though. Only .05% fees. Discount link https://t.co/mfeMhO7vMl pic.twitter.com/2ILIhWYyqa